Adrift in space with no food or water, Tony Stark (Robert Downey Jr.) sends a message to Pepper Potts (Gwyneth Paltrow) as his oxygen supply starts to dwindle. Meanwhile, the remaining Avengers – Thor (Chris Hemsworth), Black Widow (Scarlett Johansson), Captain America (Chris Evans) and Bruce Banner (Mark Ruffalo) — must figure out a way to bring back their vanquished allies for an epic showdown with Thanos (Josh Brolin) — the evil demigod who decimated the planet and the universe.

Avengers: Endgame was not only one of my most anticipated movies of 2019, it was also one of the most anticipated movies of all time. It’s the conclusion of an 11 year long story arc and it had a lot it needed to pay off on. Infinity War surprised me with how much they pulled off considering all the hype, however I said back then that whether or not it’ll hold up will depend on the follow up, Endgame. It could easily just reverse the impact that Infinity War had, making so much of that movie feel inconsequential. However, Endgame not only makes some of the other MCU movies better, it is by far the best movie in the MCU to date, and a more than satisfying conclusion to the main MCU storyline. 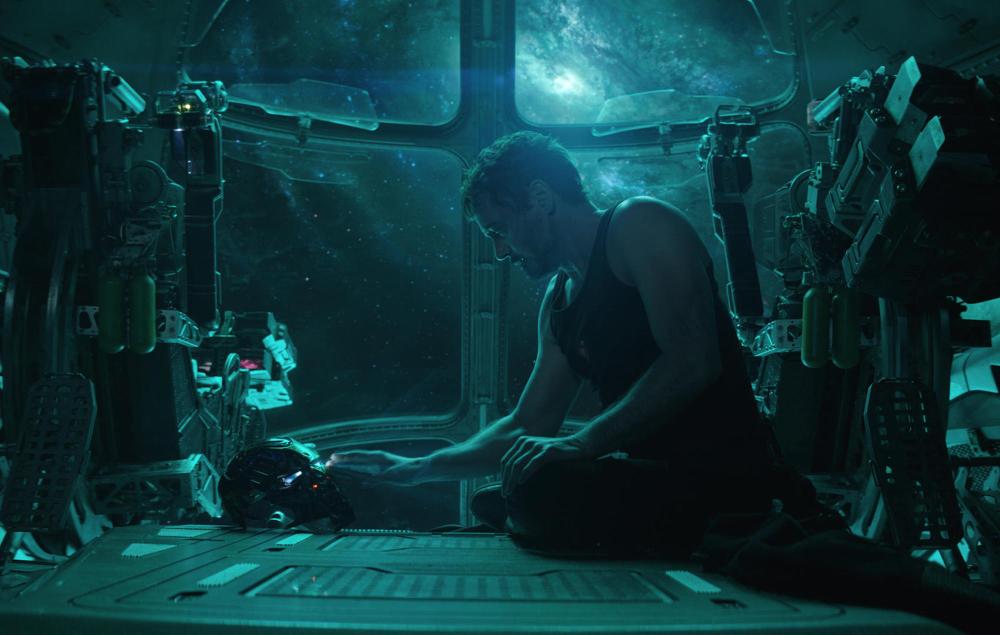 There are a lot of surprises in Endgame, so I will keep my description of the movie very vague. It’s been said that the trailer footage would only show the first 15 minutes of the movie, and for the most part that is true, it does not go at all how you think it would be in the first half hour alone, and the marketing managed to hide a lot of the movie. The movie is 3 hours long and personally I was actually invested in the characters and story from start to finish. I also thought the pacing was actually really good, Infinity War’s pacing doesn’t give you a chance to breathe, for better or for worse. Endgame on the other hand takes its time with its story (it definitely helps that it doesn’t have to focus on as many characters all in one movie), but isn’t too slow either. Make no mistake, while there definitely are big action sequences, it takes its time with its story and characters. It’s surprisingly one of the most character driven MCU movies, with most of the major characters going through their own arcs, in fact there wasn’t any clear weak link with the characters. You also really feel the incredibly high stakes throughout. Most of the MCU movies feel like no major character is going to die or that there are going to be major repercussions, but with Endgame you are on edge the entire time. The first hour is very sombre, the pacing is going to not work for some but I still loved it. I might have a different opinion the next time I see it, but I felt like every scene was necessary and really did a good job at humanising our main characters, in some cases much more than previous MCU appearances have done. If you found the first act to be too slow, the second hour is when the movie really picks up. Yes, there is a lot of fanservice, but with it being the last movie, a lot of these moments are earned, and I really had fun with all of them. As this is a MCU movie you can expect quite a bit of comedy thrown in and most of it works in Endgame, not taking away too much from the seriousness of the situations. There are multiple story bits that might not entirely make sense and you can really nitpick certain plot details if you want to, but it’s the kind of thing you’ll just have to roll with. I know that some people will be taking issues with the ‘plot holes’ but personally I didn’t have too many issues with it.

The third hour is also one of the all time best comic book movie third acts. All I will say is that if you remembered how great Thor’s entrance in the Wakanda battle in Infinity War was, there are plenty of even better moments in Endgame. The third act and movie ends some characters’ story arcs, while leaving others for expansion, and it was all done very well. Yes, you do need to see all the other movies in order to get the full experience, however that’s what makes the MCU stand apart from other cinematic universes. Not many cinematic universes have over 10 films all building and tying into each other, let alone 22 of them. It even ties together little elements from other MCU movies, even making some of the previous movies even better. It may not be the last MCU movie, and it doesn’t show any signs of stopping any time soon, however this really does feel like the conclusion to the main story arc, and you could easily stop watching the series here and be perfectly satisfied with how it ends. Since we are talking about endings, no, there aren’t any credits scenes. Nonetheless I do recommend sticking around for the credits of the cast before leaving at the very least.

The cast all bring their A game to their roles, most of whom give the best performances as their characters. First, with the main trio, Robert Downey Jr. as Iron Man, Chris Evans as Captain America and Chris Hemsworth as Thor, giving possibly their best outings as their characters (certainly in the case of Downey and Evans), you really see how far each character has come from their first film appearance. Downey’s Tony Stark is particularly a standout from the case, it’s not really a surprise but he is truly great here. I was wondering what was going to happen with Mark Ruffalo as Bruce Banner/Hulk. Pretty much everyone agrees that he was the weakest link in Infinity War, and I was very disappointed by his use in that film as most of the time he just felt like the butt of many jokes. Thankfully I can say that he is back to being really good in Endgame. It wasn’t quite what I initially expected and it will be initially jarring for some people but I really liked what they did with his character and was a logical enough next step for the character. Scarlett Johansson and Jeremy Renner also give their best performances as Black Widow and Hawkeye respectively. One of the big surprises was Paul Rudd as Ant Man, he was one of the most natural players from the main group, especially with the humour but also with the emotion, he fit in so well into the group of Avengers. Don Cheadle’s War Machine is a character that’s always good in the movies he appears in but he’s often sidelined, here though he gets to play a significant part in one of the plotlines and they really gave him a lot to do. Rocket Racoon (voiced by Bradley Cooper), who is the last of the Guardians of the Galaxy, also works well in the group, as does surprisingly Karen Gillan’s Nebula. With the exception of her villainous role in the first Guardians of the Galaxy, in her previous appearances she’s only been defined by her relationship with Thanos, and has come across as a bit weak as a character. In Endgame she’s given a lot more to her character and they develop her quite a bit. The newest addition to the MCU, Brie Larson’s Captain Marvel is also here. Despite having a significant role, she’s actually not in the movie as much as you’d think she is. Still she does good in the scenes that she’s in. One of my worries about her is that she’d overshadow the rest of the Avengers and be the simple solution to Endgame since she’s significantly more powerful that them, thankfully the focus is still on the main Avengers while she gets to have her OP moments. As for Josh Brolin’s Thanos, unlike Infinity War it’s not really his movie so you don’t get as much of him, but he’s still just as powerful and menacing whenever he’s on screen, and once again the performance and visual effects are just as good. There is a take on a major character which I know is going to divide some people (I won’t say who it is, when you watch you’ll know who it is pretty quickly). All I can say without revealing too much is that it was played a little too much for comedy at certain points (however I get the feeling that my audience misinterpreted certain serious moments as being comedic instead), but his story arc still worked well enough for his character and I overall liked the direction they went in.

Infinity War was really well put together by The Russo Brothers and Endgame is no exception, everything feels like they’re on such a large and epic scale. The visual effects in Infinity War were stunning, but Endgame takes it to a whole other level. I’ll have to watch it again but I don’t remember any glaringly bad CGI moments like most comic book movies occasionally have. While there aren’t as many action sequences as you’d think there’d be, they are really great. The third act particularly is truly spectacular. The score by Alan Silvestri (who has now done ¾ of the scores for the Avengers movies) is really good as to be expected and elevated the movie even more.

Avengers: Endgame is an emotionally satisfying conclusion of a conclusion 22 films and 11 years in the making. The cast and characters all do fantastic work, with everyone’s story arcs executed in a very satisfying way, it’s a large scale epic yet character driven at the same time, it’s astounding that they managed to pull it off this well. It is legitimately one of the best comic book movies made, and I don’t say that too often. I feel like with so much in this movie, I’ll need to watch it again so I can fully process it fully. If you’ve somehow managed to avoid spoilers this long and not watched it yet, go into the movie knowing next to nothing. I’d be surprised if Endgame is still not one of my favourites of the year by the time 2019 is over.