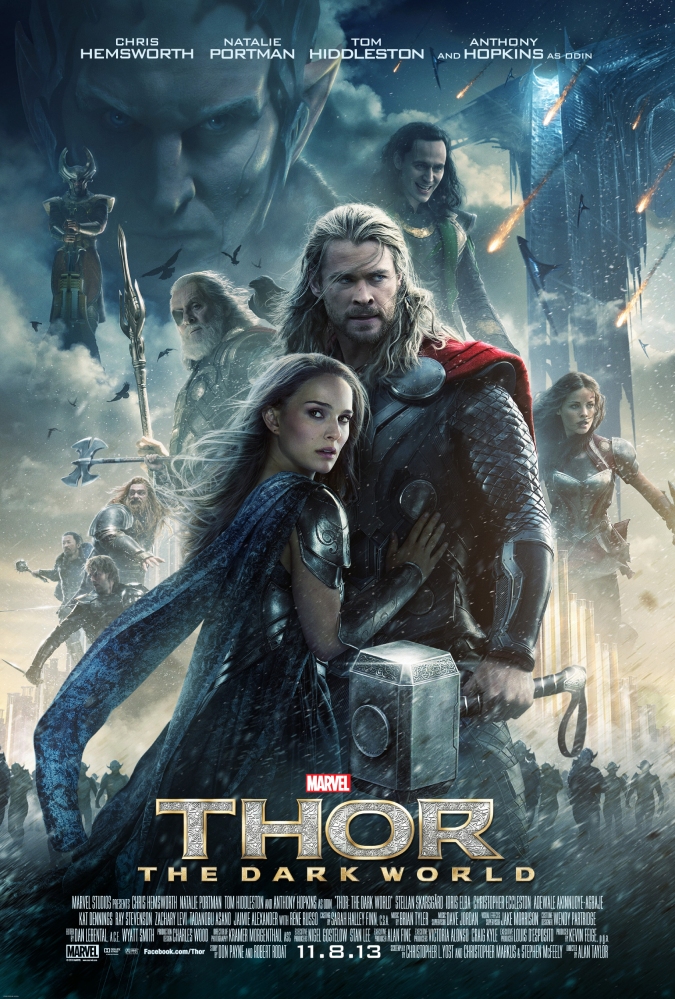 In ancient times, the gods of Asgard fought and won a war against an evil race known as the Dark Elves. The survivors were neutralized, and their ultimate weapon — the Aether — was buried in a secret location. Hundreds of years later, Jane Foster (Natalie Portman) finds the Aether and becomes its host, forcing Thor (Chris Hemsworth) to bring her to Asgard before Dark Elf Malekith (Christopher Eccleston) captures her and uses the weapon to destroy the Nine Realms — including Earth.

In some ways this film is better and worse than the first film. It does show more of Asgard and this movie also is starting to set up for Avengers: Inifinity Wars with an Infinity Stone playing a part in the story. However at the same time it has worse comic relief, a generic villain and not particularly any interesting style. The Dark World is still worth watching but when all things are considered, it is lesser as a movie compared to its superior predecessor. 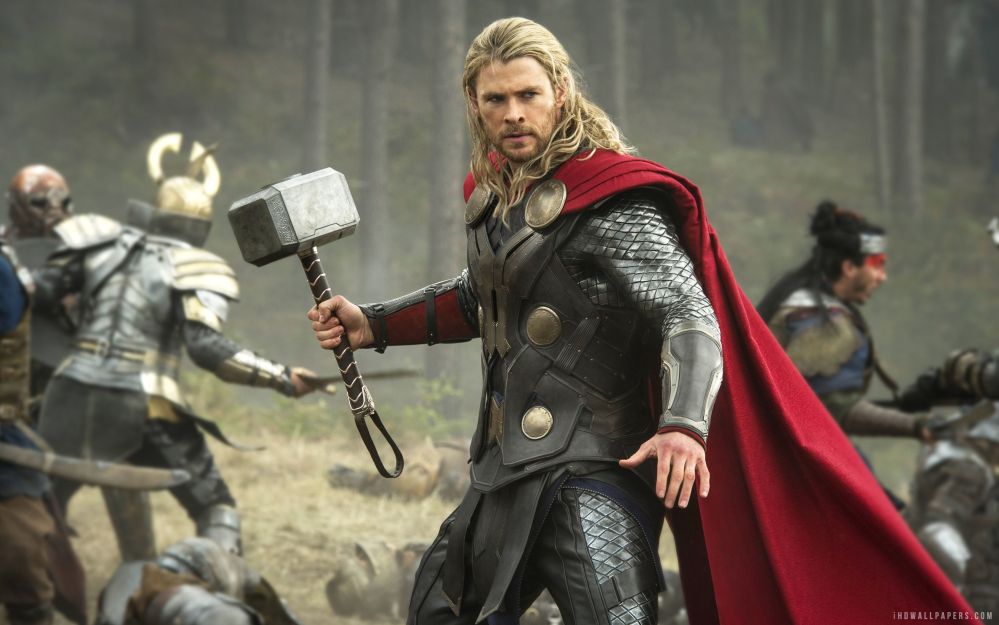 One of the biggest flaws of Thor was the film succeeded most when it was taking place on Asgard, but it was mostly set on Earth, which was fine was fine but it wasn’t as strong. Now, there is more of Asgard which I liked. The problem is while that’s good, the scenes that would cut back to Earth are often pointless and a lot of the time it was for comedic purposes, which leads me to the next flaw. The comic relief was worse and it’s starting to get a little annoying. The comic relief in the previous film wasn’t great but it was fine and didn’t distract too much from the movie. The Dark World however has more comic relief, more Kat Dennings and it gets very distracting from time to time.

Chris Hemsworth is Thor again and as usual he is great. Natalie Portman is once again good but I did feel like her character here was a little flat compared to her in the previous movie, which is saying a lot because she didn’t play a big part in that movie either. Tom Hiddleston returns as Loki and was by far the best part of the movie, Loki really does get much better as a character as the movies go on. It’s just a shame that he wasn’t in the movie that much. The weakest aspect for me is by far the villain Malekith, I’ve watched this movie 3 times now and I can’t remember you exactly he is. He’s just some guy who wants to destroy the world, making him one of the most forgettable villains I’ve seen in a movie.

The action scenes were quite good and it’s worth noting that they are different from the original Thor. I liked the action in both of the movies but I did feel like something was missing from The Dark World, which I’ll get to in a second. An action scene I really liked was at the end, which involved a lot of portals. One complaint I have is that Asgard doesn’t look as grand as Kenneth Branagh did with the previous Thor. That movie looked massive and fascinating. Here, Asgard looked good but it wasn’t anything really special, it felt just like another Fantasy world. This also played a part in the action scenes, it looked good but not particularly special like how the original’s was. 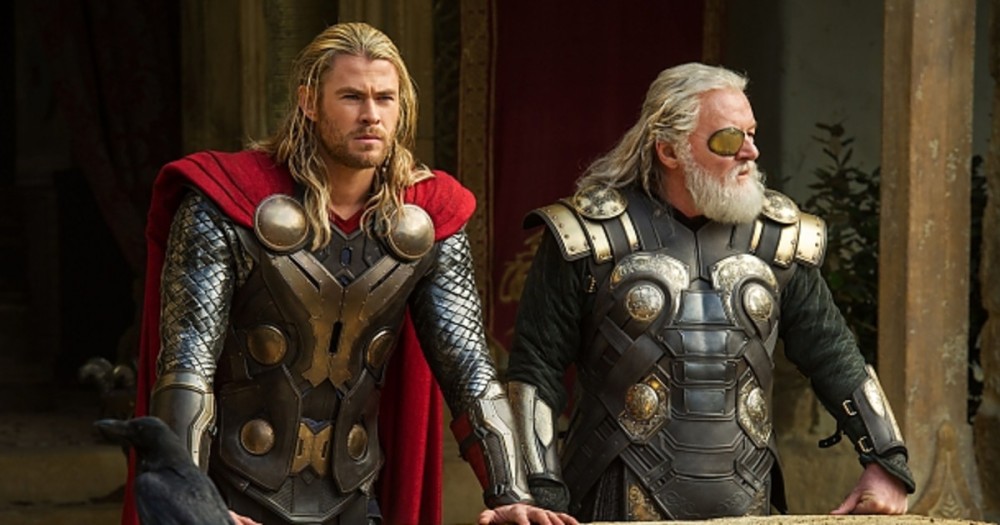 Thor: The Dark World does make some improvements over the original but it also gains some flaws at the same time. Although it was initially hard to say whether this movie or the original was the best Thor movie as both aren’t flawless movies which come with their positives, The Dark World did seem more flawed in comparison. Thor: Ragnarok, the third instalment in the Thor trilogy will be coming out in 2017 and I hope it manages to surpass its previous sequels because while these movies are decent and worth watching, they aren’t at the level of Iron Man or the solo Captain America movies.