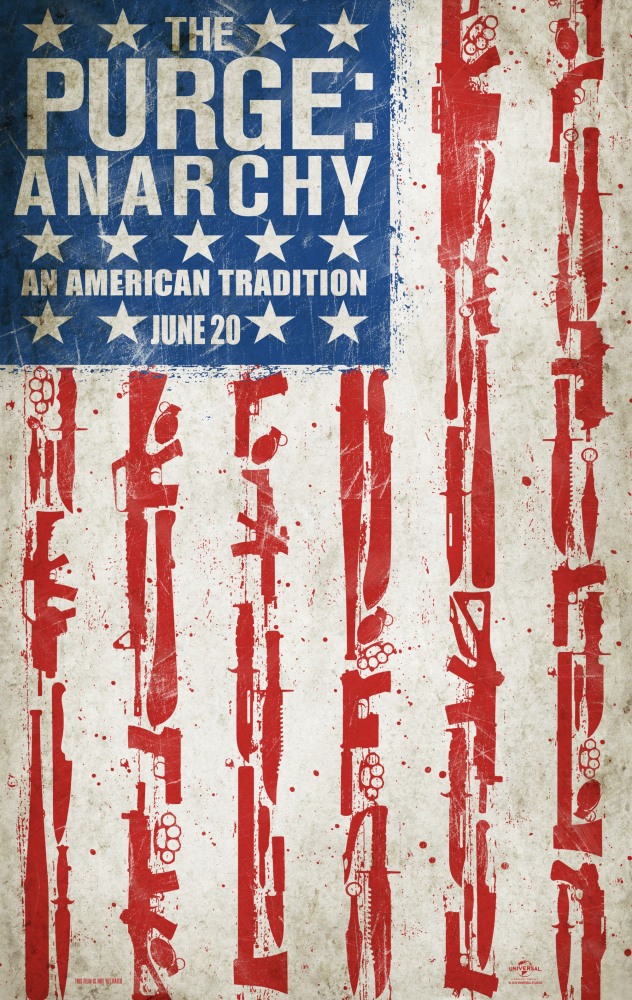 One night per year, the government sanctions a 12-hour period in which citizens can commit any crime they wish — including murder — without fear of punishment or imprisonment. Leo (Frank Grillo), a sergeant who lost his son, plans a vigilante mission of revenge during the mayhem. However, instead of a death-dealing avenger, he becomes the unexpected protector of four innocent strangers who desperately need his help if they are to survive the night.

If you’ve ready my review of 2013’s The Purge, you know that I wasn’t a big fan of it. It took a potentially fun and unique (if a little far-fetched) concept and tried too hard to make it realistic and serious that it becomes somehow both boring and ridiculous. So naturally I wasn’t looking forward to the sequel. But to my surprise I enjoyed it quite a bit, The Purge Anarchy was everything I wanted the first movie to be. The entertaining action scenes and chaotic nature of the whole film was just fun for me. I’m not sure if I can call this a good movie, but it’s a decent and enjoyable one at the very least, and that’s already a big step forward when compared to the previous film. 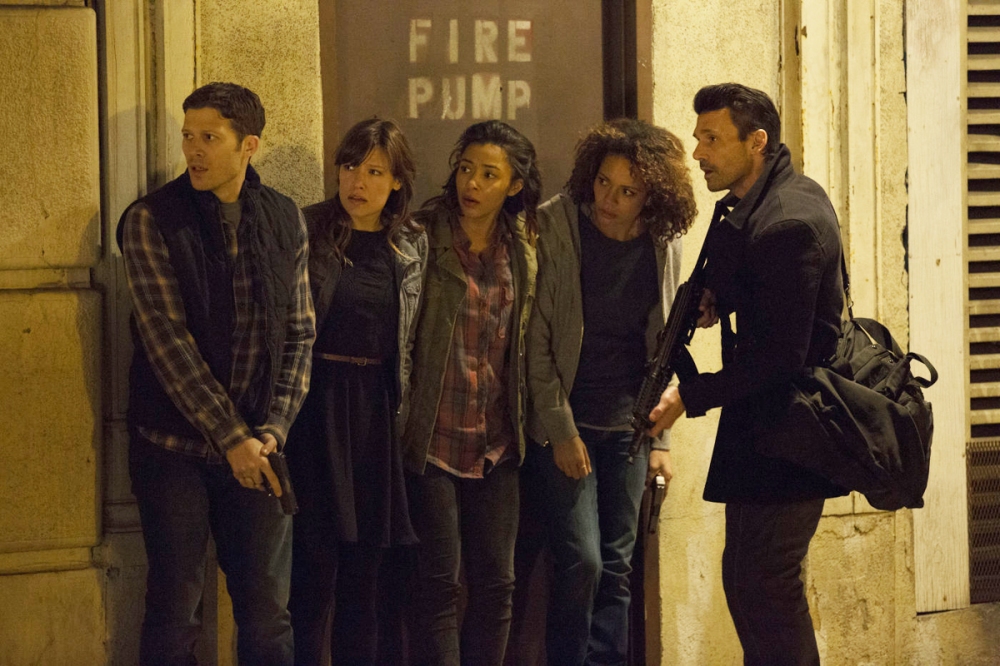 This movies does consist of the main characters going from one place to another and action happening during them. The pacing unlike the previous movie is pretty fast, making the movie much more entertaining. There are thankfully less moments of people telling the audience that The Purge works. The whole concept of The Purge still doesn’t entirely make sense but since the film doesn’t spend much time trying to justify it, I was fine with it. The characterisation of this movie aside from Frank Grillo’s character wasn’t good. It was about as poorly done as the original movie. However this movie is a lot more entertaining and fast paced, so I was able to forgive this movie for that, as the characters weren’t really the main focus. Besides, Grillo’s character was actually quite well written.

Most of the actors are fine in this movie but as I said the characterisation is quite poor, and so they don’t have much to work with. Honestly they don’t really leave an impression on you, they are just random throwaway characters. The one actor who does shine though is Frank Grillo, who steals this entire movie. It helps that he has the best writing but Frank Grillo does bring something special to this movie and is so committed to his role, I’m so glad he’s returning for the sequel. Without him this movie would not be as enjoyable as it was.

The action is very fast, bloody, violent and just overall entertaining. Although it does feature many masked killers, the film is much less horror themed than in the previous movie, which was a relief. I do notice that whenever people try to kill the main characters, random civilians come out of nowhere and are killed by said people, probably to make up for the lack of kills. I’m fine with that, but it would probably raise the stakes more if they occasionally killed off some of the main characters.

With entertaining action scenes, a unique concept being taken advantage of well and a show stealing Frank Grillo, The Purge Anarchy is really fun. If you didn’t like the original Purge, give this one a chance. It’s not a great movie but it’s a lot more self-aware of what it’s supposed to be, and I think that’s the main difference between the two films. With last instalment of The Purge trilogy titled Election Day coming out this year, I just hope that it takes lessons from this movie and knows what direction to go in.