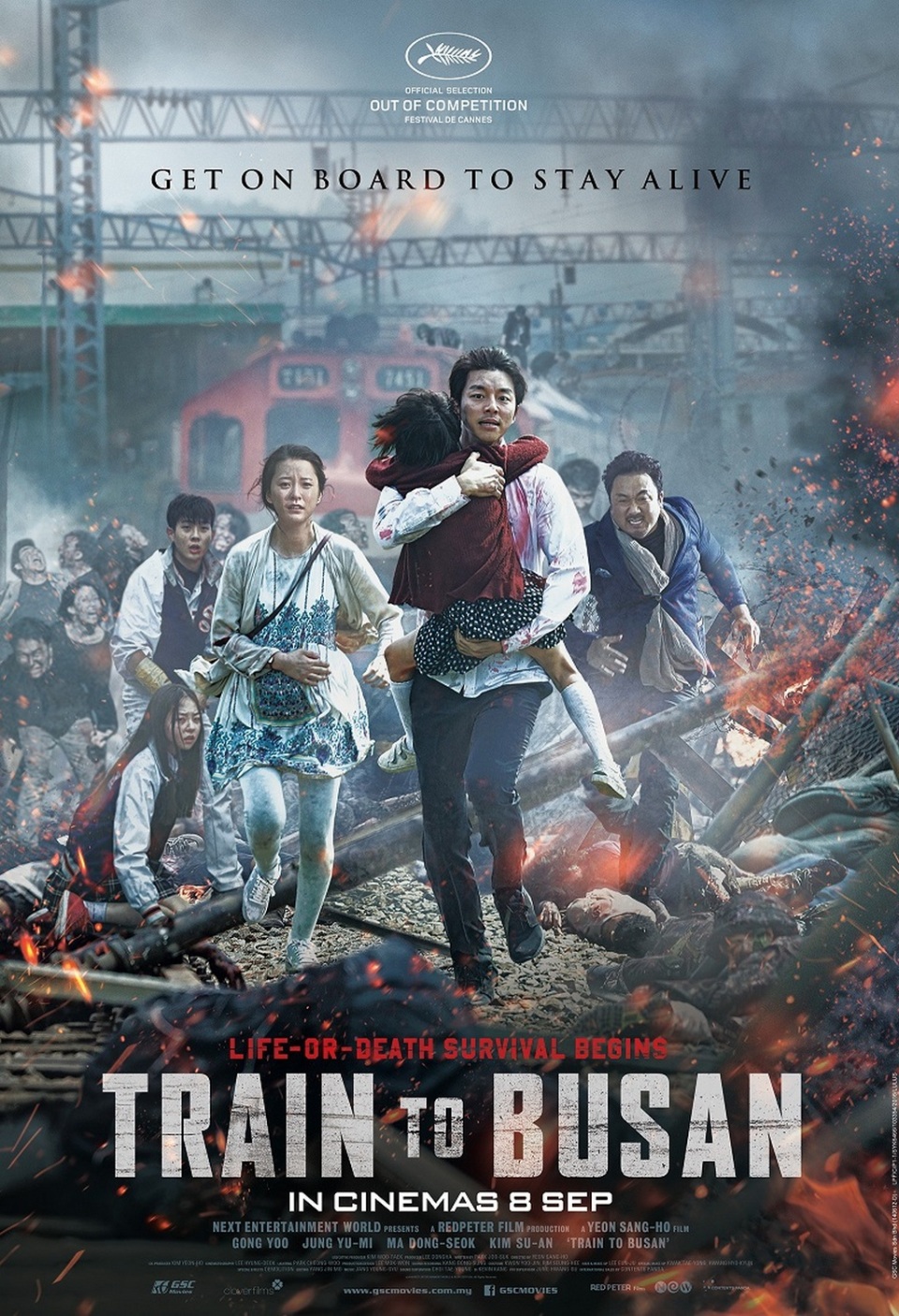 Seok-woo (Gong Yoo), a father with not much time for his daughter, Soo-an (Kim Su-an), are boarding the KTX, a fast train that shall bring them from Seoul to Busan. But during their journey, the apocalypse begins, and most of the earth’s population become flesh craving zombies. While the KTX is shooting towards Busan, the passenger’s fight for their families and lives against the zombies – an each other.

When it comes to the best horror movies in recent years, Train to Busan was one of the movies I heard about for a while. I wasn’t really sure what to expect going in, it’s a South Korean zombie flick that takes place on trains. As far as zombie movies go, it’s not even one of my favourite horror sub-genres. I’ve liked most of the movies in there that I’ve seen but most of them don’t stand out and in fact blur together a bit. There are some exceptions like 28 Days Later and Zack Snyder’s Dawn of the Dead, as well as with comedies with Shaun of the Dead and Zombieland, generally though I’m not a big fan of the genre. However Train to Busan turned out to be quite the surprise, entertaining, emotionally involving, and greatly made on all fronts. 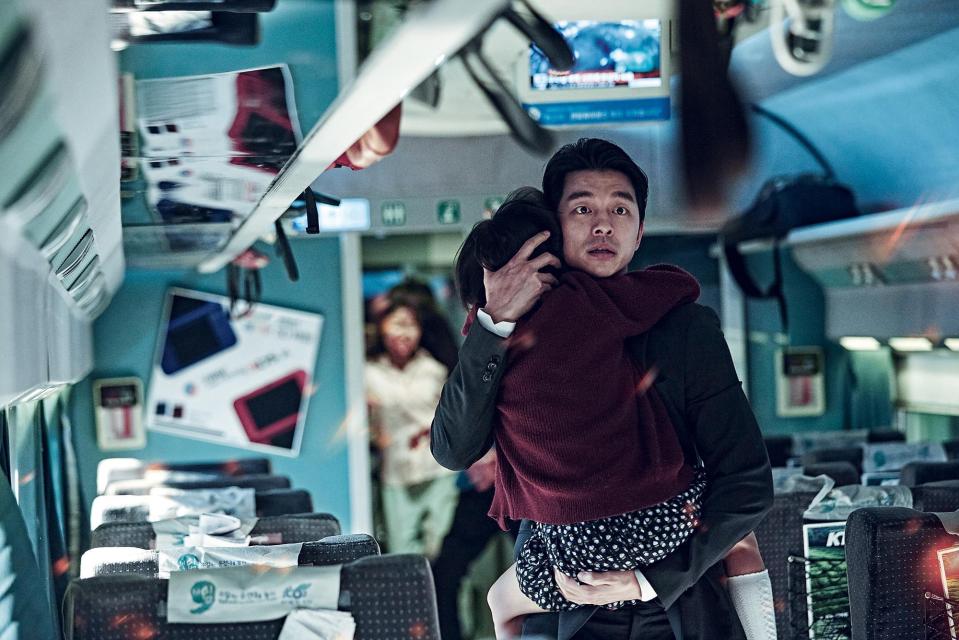 Looking at Train to Busan plotwise, it’s about as typical of a zombie movie as you’d expect it to be. However it is all in the execution. From beginning to end, you are locked into everything that’s going on. The opening act is handled so well, paced to perfection. It introduces the main character and his daughter, who are the emotional centre of the film, and builds up to the zombies in a great way. Once the zombies come into play, it really ramps up and doesn’t let up till the very end. Train to Busan actually has quite a lot of impact when watching you. It’s not about how graphic or bloody it is, it’s the effect it has on you, and this movie absolutely does that. It’s beyond intensity too, you’re emotionally involved too. Also without getting into it too much, the last act is great. There’s also some layers provided to this movie that I wasn’t expecting, including some social commentary. Not only that, but the characters are written very well too. Although you can fit them into certain archetypes, they are actually written in quite a way where they actually feel human and real. Train to Busan also allows time for these characters to talk and develop over the course of the movie. On another note, the characters are actually smart, and when there are some ‘dumb’ moments on display from some character, they actually feel like genuine reactions from human beings.

The acting is quite strong. As previously said, while a lot of the characters are pretty typical as far as zombie movie characters go, they usually have something to them that’s a step above what’s expected, along with being acted quite well. The two main performances that stick out are Gong Yoo and Kim Su-an as father and daughter, they are very believable on their parts. Now you’ve seen this type of relationship before, a parent (usually the father) is generally busy, and has a strained relationship with their child. But the writing combined with the performances just makes it work. Their acting in the last act in particular is excellent. While I did say that a big part of Train to Busan that succeeds is the fact that it’s emotionally involving. However, I’d be doing a disservice by not talking about the direction from Yeon Sang-ho, which is outstanding. There is a considerable amount of energy in this film from beginning to end, and there are some very effective sequences which I won’t even list examples of, because I think it’s best experiencing them for yourself completely blind like I did. Of course in zombie movies there are zombies to talk about, and I’ll just say right now that from just this one movie, South Korean zombies are far more effective than the zombies I’ve seen in American and British movies. Not only do the zombies in Train to Busan run very fast and often come in overwhelming numbers, they are also twitchy contorting and freakish, and unbelievably unnerving. That combined with the exceptional direction make them feel like horrifying force of nature. While you get the feeling that most of the main characters will survive for a while, you never feel like they are ever even close to being safe. I think a big part of that is there aren’t a lot of weapons, in fact you don’t ever see a gun for the duration of a movie, a rarity for most zombie movies. The makeup, effects and gore are also incredible and are at the level that you’d hope for in a zombie movie.

I don’t see how Train to Busan can be topped as far as zombie movies go. It does have its clichés but at this point it’s hard to imagine most zombie movies breaking out of the mold entirely, and the choices made manages to make those familiar tropes somehow work. Everything from the great acting, to the excellent direction comes together to make a surprising zombie movie that surpassed my expectations. Whether you’re a fan of horror/zombie movies or you’re a fan of Korean cinema in general, definitely watch Train to Busan as soon as possible, you won’t regret it.