Superman (Christopher Reeve) does a lot in his newest adventure. Arch villain Lex Luther (Gene Hackman), determined to make the world safe for nuclear arms merchants creates a new being to challenge the Man of Steel: the radiation-charged Nuclear Man.

Superman 3 was a bad movie but I didn’t expect how bad its sequel would be. Almost everything in Superman 4 is a complete fail, the acting, the special effects, the ‘story’, with the exception of Christopher Reeve. Being the Batman and Robin of Superman, Superman 4 is so far the worst Superhero movie I’ve seen.

The biggest plotline is following the whole nuclear weapons issue between America and Russia and Superman’s crusade to get rid of the weapons. The story isn’t interesting at all and doesn’t really progress much. All that’s worth pointing out is the colossal amount of confusing ideas and missteps that happen. What’s puzzling is that Superman is getting rid of everyone’s nuclear weapons and everyone is just perfectly willing to give them up, even Russia. There are many questionable things, like Nuclear Man getting power from the sun but yet there are many moments where he still works even when he’s not in direct sunlight. There’s a scene when Nuclear Man shoots and attacks civilians, instead of actually stopping him, Superman just tells him to stop. During a ‘fight’ with Superman, Nuclear Man turns into a kamikaze missile and flies into a mountain to erupt a volcano. Superman then uses a bit of the mountain to cork the erupting volcano. Close to the end Superman actually pushes the moon to block the sun and there’s a scene when a human is able to survive in space. 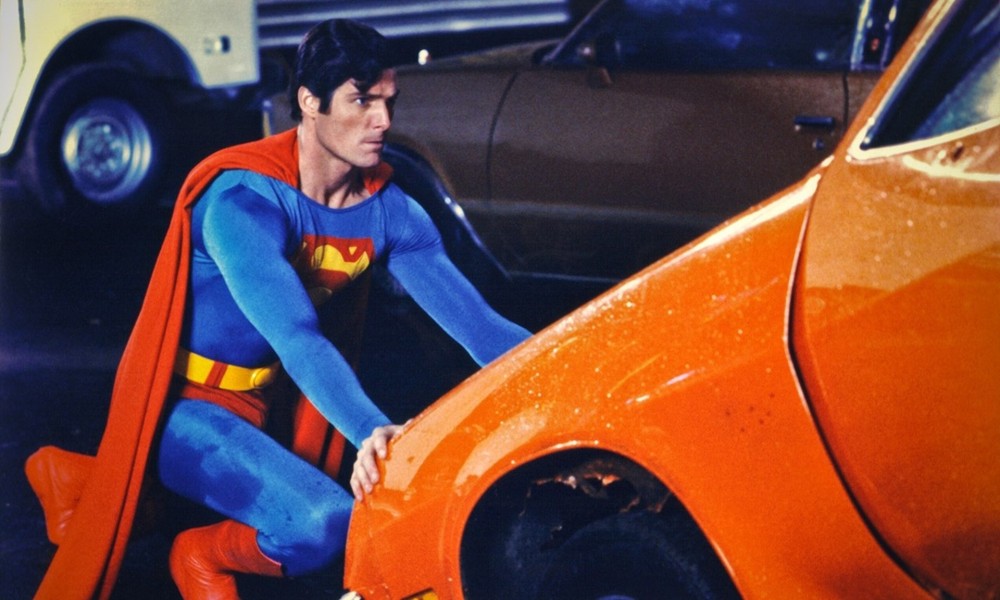 The one thing that’s good in all the Superman movies is Christopher Reeve. He has always been the Superman we know and enjoy and even when stupid things happen, he plays it as straight faced as he can. The same can’t really be said about the rest of the cast. Nuclear Man is such a weak villain, with no consistencies in his motivations. At one point he goes to kill Superman but then goes to kill others while Superman is in pursuit. He also during the fight throws the statue of liberty at the city, not even at Superman. He also at some point suddenly takes an interest in Lacy even though he has never met her. Gene Hackman is still sort of good as Lex Luther, even if his plans are strange to say the least. There’s also an unconvincing connection between Lacy and Clark, and it doesn’t help matters that Christopher Reeve and Mariel Hemingway don’t have any chemistry.

The most standout thing about this movie is the horrible effects. The shot of Superman flying towards the camera is reused over and over again. There is also a shot of Lois falling and Superman catching her and has quite possibly the worst blue screen ever. The scenes of Superman and Nuclear Man flying are absolutely terrible and are the worst effects I’ve ever seen. The fight scenes are also very bad, particularly with Superman and Nuclear Man. A lot of the time it just looks like they are catfighting and other times they are knocking each other such a distance away.