Dr Paul Ruth (Patrick McGoohan) finds Vale (Stephen Lack), a powerful scanner, and uses him to stop Darryl Revok (Michael Ironside), another powerful scanner who wants to form an alliance with others of his kind and dominate the world.

I only knew a little bit about Scanners going in, just that it was another horror movie from David Cronenberg, and is the source of a certain famous head explosion scene. Honestly, I was quite surprised by the movie. It for sure has its problems but it was very entertaining.

Cronenberg takes the time to establish this universe about Scanners, which are basically powerful telepaths. At its core, it is a corporate espionage film that happens to involve telepaths at the centre of it. It’s more of a sci-fi film than a horror movie, though I think it has enough horror elements that it can still be classified as such. It is entertaining and I was pretty interested throughout, although there were some moments across its 100 minute runtime that did lose me and I wasn’t as invested. The script doesn’t feel quite polished, it also feels very run of the mill, especially considering Cronenberg’s standards. This concept and blending of story elements was ahead of its time for sure, but I feel like it could’ve been better and explored further (not that I’m asking for a remake or anything). Now there is an exposition dump right at the end of the movie, while I usually don’t like exposition dumps in movies, I was alright with it here, although there was also some reveal in that act which I found rather pointless. On the whole though, I thought that the movie really shined in the climax. 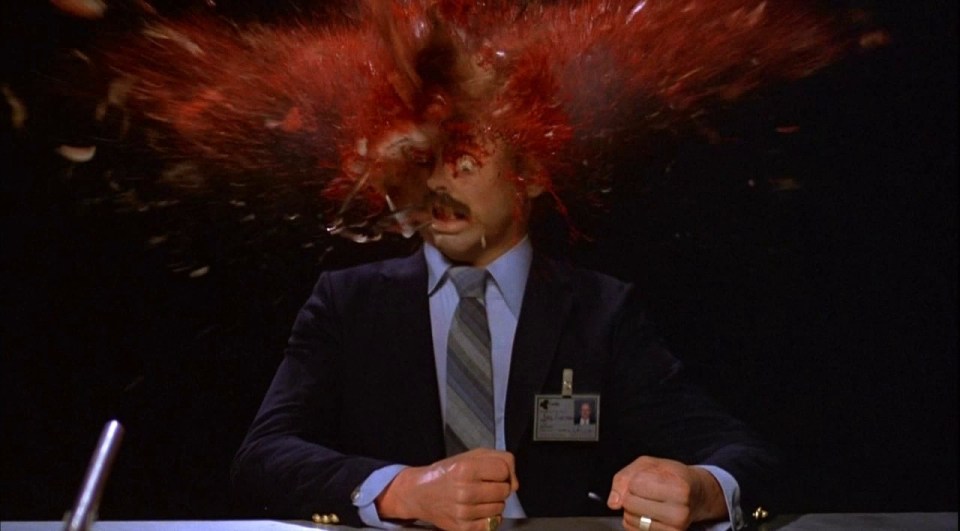 The weakest part of the movie was the characters and the actors. Stephen Lack plays the lead character and he was the weakest link in the cast. At times he gets away with it with such an intense stare when it comes to doing ‘scanning’, he seemed to have been deliberately chosen for this role for this reason. However he seems to suffer outside of those moments which don’t utilise that, especially when it comes to delivering lots of lines, his performance is quite bland and forgettable to say the least. Jennifer O’Neill gets the highest billing of the cast. She is introduced in the second act, her performance is alright but nothing special, she really doesn’t do much. Patrick McGoohan plays a doctor, essentially he is just there to give a lot of exposition throughout but he still works well even in that role. Michael Ironside is the standout in the cast and the movie as the villain. He really rides the line of being campy and over the top but still works out quite well, and was a very entertaining presence.

David Cronenberg directs this well as to be expected. The body horror is there (Cronenberg also did that with The Fly and The Brood), though I was hoping for a little more horror than what was in the final film. The use of practical effects were great and creative, especially with the way that Cronenberg decided to portray telepathy in this movie. The aforementioned head explosion scene is still impressive to this day (if very over the top), though unfortunately there’s only one head that explodes in the movie. However thankfully it isn’t where the movie peaks with the impressive effects, there’s still a lot of other outstanding moments later in the movie. Howard Shore’s score is great and really works for this movie.

Despite some issues, such as the so-so characters and acting (aside from Michael Ironside), Scanners is quite good. Cronenberg’s direction definitely elevated it, the script had me interested enough in what was happening, it’s well made and it was quite entertaining. Check it out, especially if you are a Cronenberg fan who hasn’t gotten around to this movie yet.