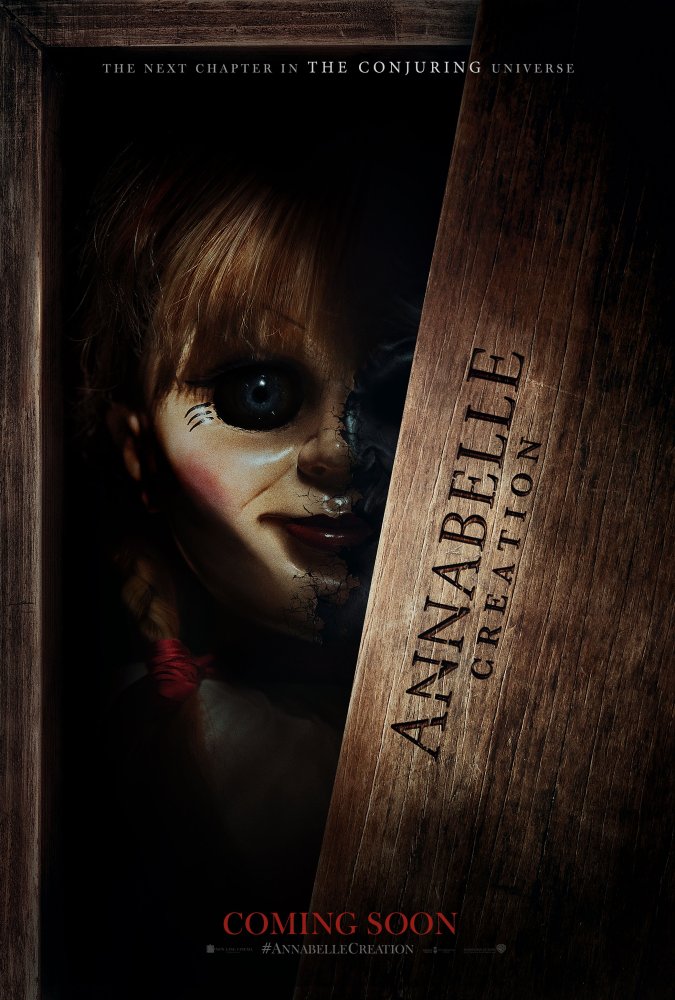 Former toy maker Sam Mullins (Anthony LaPaglia) and his wife, Esther (Miranda Otto), are happy to welcome a nun and six orphaned girls into their California farmhouse. Years earlier, the couple’s 7-year-old daughter Annabelle died in a tragic car accident. Terror soon strikes when one child sneaks into a forbidden room and finds a seemingly innocent doll that appears to have a life of its own.

I wasn’t really excited for Annabelle Creation. This was a horror prequel to a horror prequel, and the first prequel was Annabelle. Although I hadn’t seen it, I’ve heard nothing but terrible things about it. I had no hype for Annabelle Creation and yet, it was actually pretty good. The story was pretty good, I could care about what was going on, the direction was very good and there were some effective scares.

Annabelle Creation is a solid horror movie, the story is nothing spectacular and there’s honestly not a lot to sat about it but it is good for what it was going for. The runningtime is around an hour and 50 minutes and that was an appropriate time, the pacing was done well and never dragged at any point. Normally, an origin of a horror monster/villain really feels unnecessary and detracts from the character. However, Annabelle’s creation was actually done well, even if it wasn’t necessary. Without spoiling anything it does tie into the original Annabelle at one aspect, so if you haven’t seen the original you will be a little confused (I only know about this from looking it up). There was also another reference that tied into the Conjuring-verse that I loved. With that said, you can still like Annabelle Creation on its own without seeing the original Annabelle, or even The Conjuring movies.

The two lead girls, played by Talitha Bateman and Lulu Wilson were great. They play friends who are at an orphanage. That aspect with their relationship and chemistry really helped make me care about them and therefore the story, I wasn’t just watching people go through the motions and getting scared. The supporting cast with Stephanie Sigman, Anthony LaPaglia and Miranda Otto were good in the movie. The actresses who play the other girls are fine I guess, but they didn’t receive a whole lot of development or have some character, so they didn’t really leave that much of an impression on me.

David F. Sandberg directed this movie, I liked his work on Lights Out quite a bit and he once again proved himself to be a great director. This film looks great, the cinematography was really solid. Everything from the lighting, to the visual effects and the sound effects are done very well. The scares were quite effective, yes, there are some jump scares but they are done very well when they do happen. 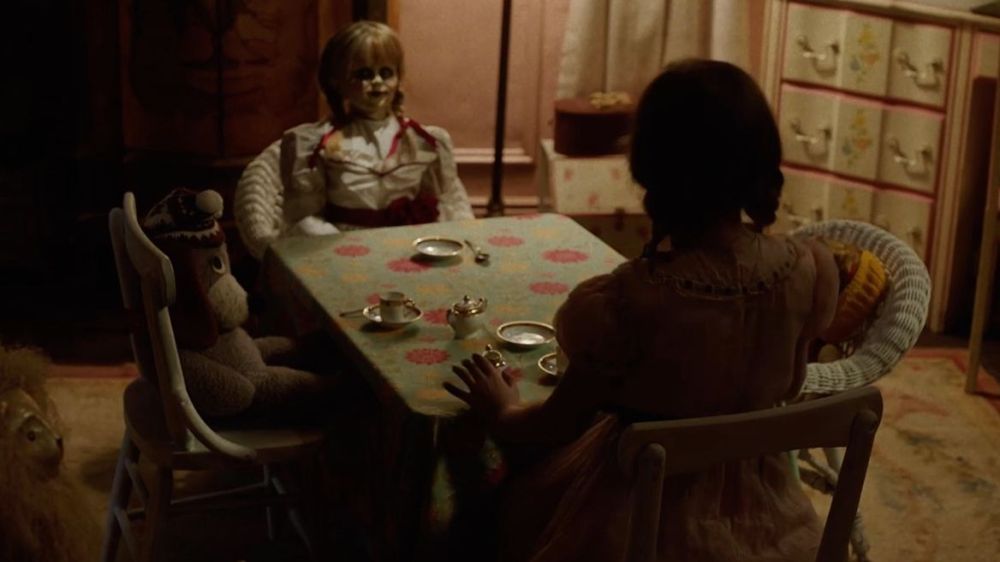 Annabelle Creation is not as good as The Conjuring movies and its not one of the greatest horror movies ever made, but it is a solid horror movie. You don’t necessarily have to have watched the original Annabelle to enjoy this movie, there’s an aspect you may be confused about but that’s it really. With the effective story and direction, Annabelle Creation is one of the most surprising movies of 2017. I find it weird that a Conjuring Cinematic Universe is happening, along with Conjuring 3 there will be a Nun movie and a Crooked Man movie based from characters from Conjuring 2. However with 3 out of their 4 movies being quite good, I’m very curious to see how this will go and I’m on board with whatever direction they take.