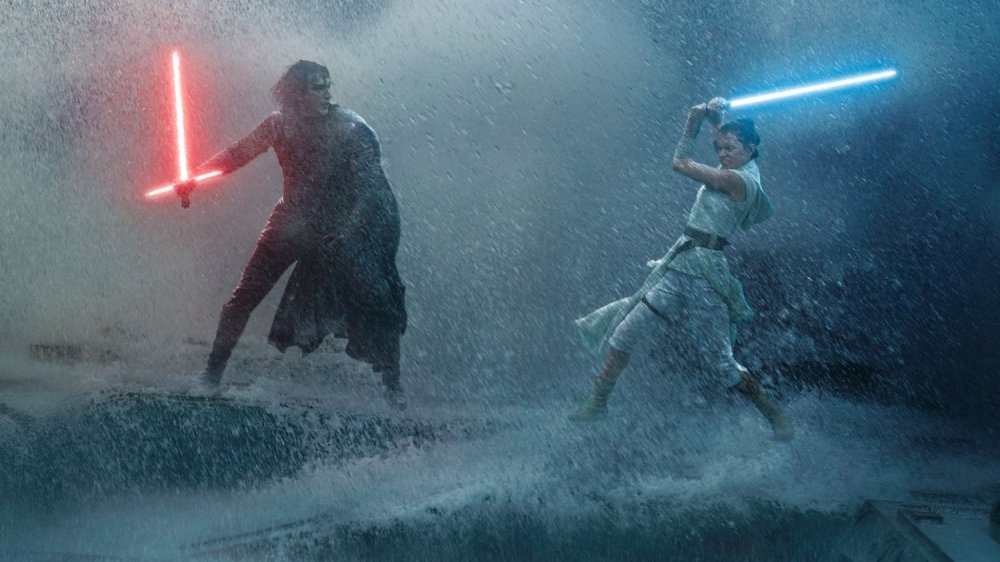 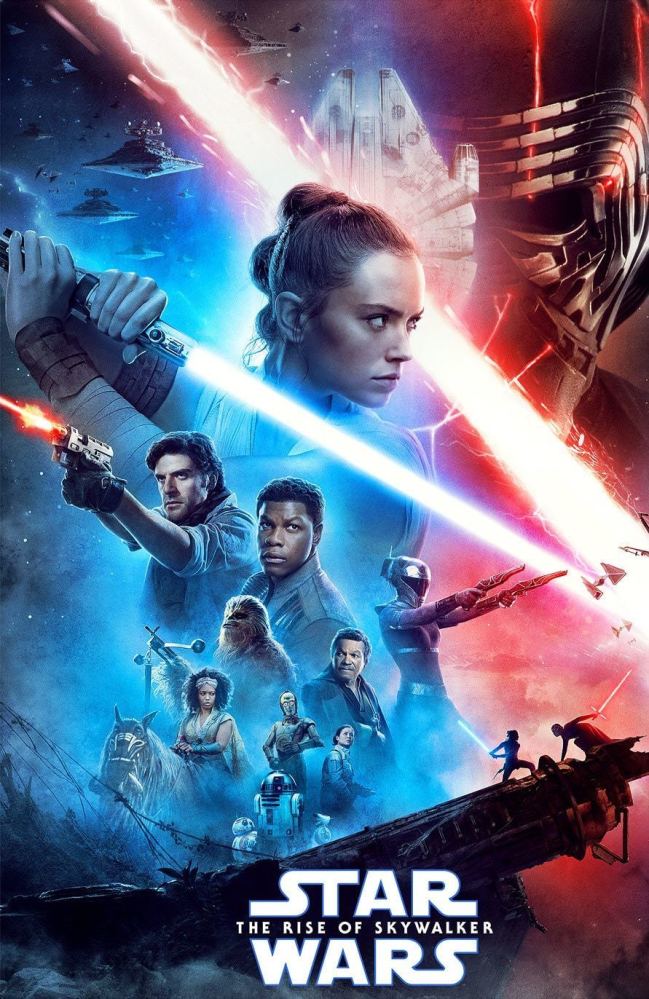 The surviving Resistance faces the First Order once more as Rey (Daisy Ridley), Finn (John Boyega) and Poe Dameron’s (Oscar Isaac) journey continues. With the power and knowledge of generations behind them, the final battle commences.

I’m aware that it took a while for this review to come out, I’ve just been a little busy and I felt like I needed to watch this movie twice to be able to collect my thoughts on it before I could write it. Star Wars Episode 9: The Rise of Skywalker was one of my most anticipated films of 2019. Not only was it a Star Wars movie and the finale of this sequel trilogy, it would also essentially conclude the whole Skywalker saga. I really didn’t know what to expect, it was quite a big task that they ahead of them. I’m also not going to lie, some of the initial reactions had me a little worried. Despite some problems I had with it (which I have with every Star Wars movie aside from one), I actually thoroughly liked The Rise of Skywalker as it was. 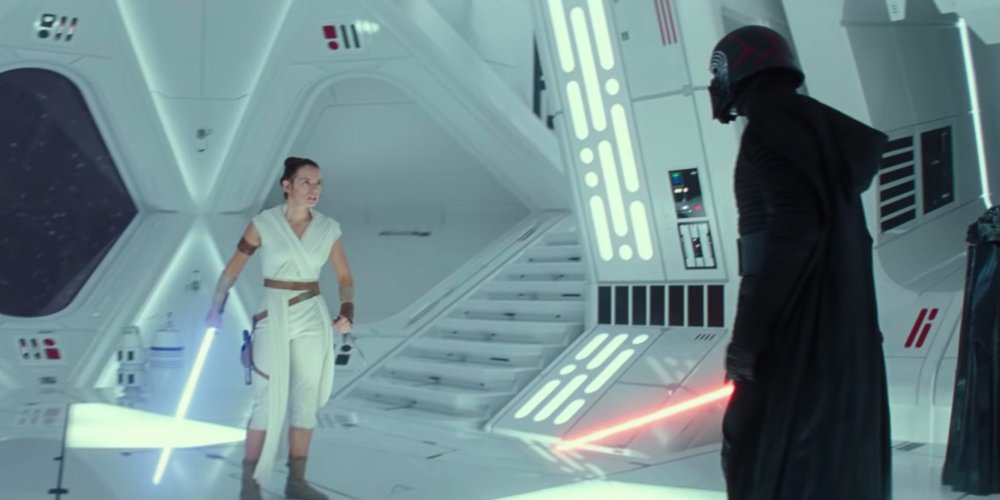 There’s only so much that I can talk about, I will do my best to keep this review spoiler free as possible. The first act was a little rough. It jumped from place to place, it was jarring, and it just overloaded you with information. Thankfully it does pick up over time. Not that the issues aren’t still there, but it definitely helped watching it again when you know what’s happened in the plot. By the time it reaches the second half, the movie really picks up. The Rise of Skywalker is more plot focussed than character focussed, and the pacing is fast, constantly moving the plot forward in just about every scene. It’s not necessarily a good thing though, as the movie doesn’t really allow for some moments to breathe. In that, this movie really needed to be longer. You’d think that since Disney had Avengers Endgame earlier this year wrapping up a huge storyline in 3 hours, that for a giant conclusion of 3 whole trilogies would be given much more than 2 hours and 20 minutes. Even if those scenes wouldn’t add a lot in terms of plot, it allows time to reflect on what’s happened and not make everything feel so tightly packed. On another note however, it seems that a lot of scenes or aspects have been cut from the movie. For example some details are shown in the visual dictionary of the movie that don’t make it into the final on screen product, and I don’t necessarily mean cut subplots (although that’s also possible), but things that could literally add maybe 5 minutes at most to the runtime, yet add a lot to the movie. For all the reveals that this movie is constantly throwing out, there’s still critical things that aren’t explained, one is a critical part involving Palpatine that I honestly can’t believe didn’t make it into the released movie (if they ever came up with an answer at all). Reveals and answers aside, some of how they are handled them are also a problem at times. It literally felt like some of the characters were just telling the audience what the answers are as quickly as possible, almost like it was in a rush and it wanted to get it out quickly, it felt a little lazy at times honestly. 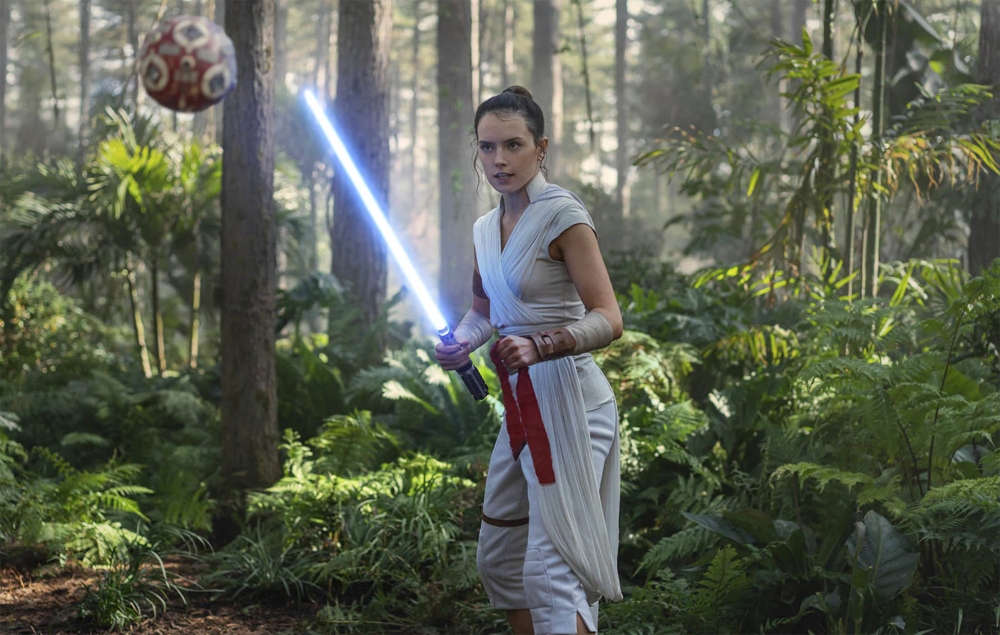 There have been talks about how The Rise of Skywalker ‘retcons’ parts of The Last Jedi. While I can’t comment on how J.J. Abrams felt about The Last Jedi, I wouldn’t say that it quite does that, although it no doubt would’ve been taken in a very different direction if Rian Johnson made the movie. There’s just a couple of aspects that Abrams seemed to have backpedalled on. One was the unnecessary part with Kylo Ren repairing his mask after he destroyed it early in the last movie. It’s not bad or anything but doesn’t really make a whole lot of sense and really doesn’t add too much to the movie (even if it is a cool looking mask), especially how he keeps taking his mask off anyway. The other is something that I know a lot of people are very split on. The problem about talking about this part is that there’s so much I want to say about this one aspect but I can’t even hint at it too much or I’ll begin to spoil it. What I can say is that I’m mixed about this decision, it ultimately takes things in a less interesting direction for me personally. However, I guess it could’ve been way worse, and looking at that decision separate from the previous movie, I guess I like the idea, and I was able to accept it and follow along with where they took it. On the whole though, I liked most of the plot and the directions they took (key word being most), and there are some great callbacks to the other Star Wars movies. A lot of people throw around the word ‘fanservice’ but for a conclusion of a 9 movie long series, you should be expecting that. I liked most of the ‘fanservice’, and it’s not as obnoxious as say some of what they had in Rogue One or Solo. There are also some great moments and parts to the movie, which I won’t spoil of course. I’m not going to be a conspiracy nut about this movie (yet) but I get the feeling that part of my issues of this movie were things that were caused by problems behind the scenes. For those who don’t know, Colin Trevorrow was attached to direct and co-write but then was fired (or left the movie) over ‘creative differences’, and that’s when J.J. Abrams was brought in to direct and co-write alongside Chris Terrio. However, they kept the same date even though they were already in pre-production when Trevorrow stopped being involved. Now maybe the same choices would’ve been made, but I get the feeling that had they pushed the movie back even a little, parts of the movie would’ve been handled a little better. 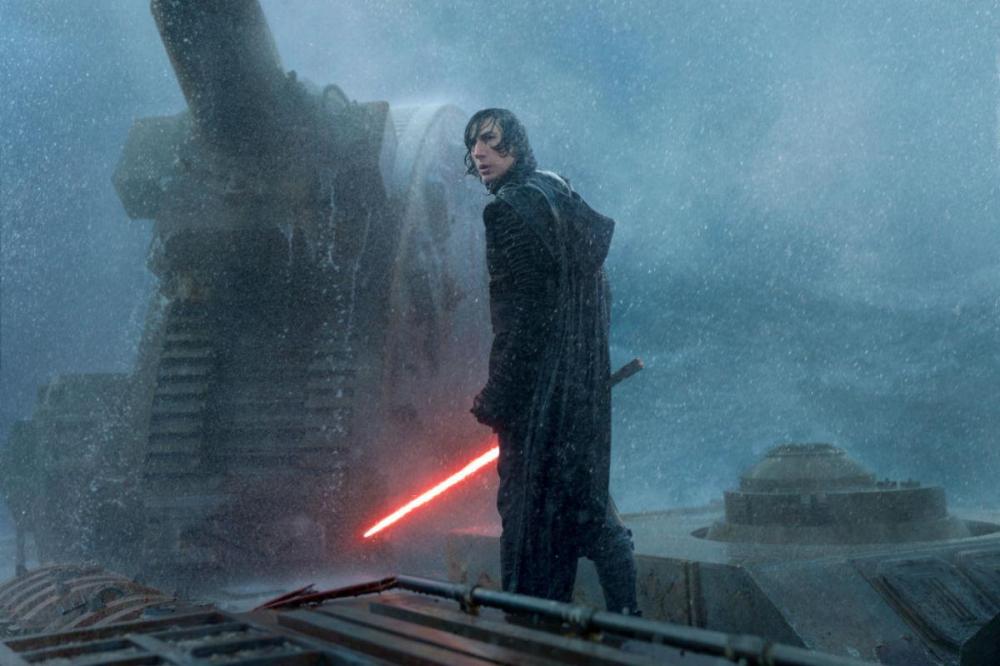 The cast generally do a good job in their roles. Daisy Ridley is once again great as Rey, and she’s got quite a lot to do in this movie in particular, and I liked her arc. Even if you’re not satisfied with where they take her character, Ridley more than sells it with her performance. One thing that The Rise of Skywalker does better than the other two was it gave John Boyega and Oscar Isaac a little more to do (though unlike The Last Jedi they didn’t really get arcs of sort, again this is a plot driven movie). Unlike the past two movies, you actually get the trio of Rey, Finn and Poe together, and that was great to watch. Anthony Daniels’s C-3PO is generally a side character in all these 9 Star Wars movies and hasn’t really stood out in them, but for whatever reason he got to do slightly more in the plot of this movie, and even had some standout moments and lines. Adam Driver is once again fantastic as Kylo Ren, and I’m pretty confident in saying that this would be his best performance as the character. Both the performance and the character are great, and truly one of the highlights of this whole sequel trilogy. There was a concern about how they would handle Carrie Fisher’s role of Leia, after Fisher’s death a few years ago. They actually used footage from The Force Awakens to place her in the movie. Some of the ways they used her in some scenes felt a little awkward and you are constantly wondering what the original context of her scenes are, but you can tell that they definitely did the best that they could in a difficult situation, and they pulled it off well enough.

Some of the returning cast unfortunately don’t really get a lot to do in the movie. It was great seeing Billy Dee Williams return as Lando Calrissian, though I would’ve liked to have seen him in the movie a lot more. Domhnall Gleeson as General Hux and Lupita Nyong’o as Maz Kanata also return, but both of them don’t really get much to do. Kelly Marie Tran as Rose Tico was a prominent supporting character in The Last Jedi, however her role is significantly reduced in this movie, and you feel it more with her than the characters I just mentioned before. It does feel very weird to just reduce her to a background character who really doesn’t get to do much of anything. She could easily be written into being a present supporting character in the movie in at least the first act, but for some reason they deliberately seemed to have given her the bare minimum to do. I’m just hoping it’s not because her character received a lot of ‘backlash’ (to put it mildly) in the last movie. The new cast do well enough. Naomi Ackie and Keri Russell play some supporting roles in the movie and are quite good, however I wish that they could’ve been more in the movie, and I felt like it was possible for them to be involved with the plot than what we got. Richard E. Grant is good as a general in The First Order, and one of the secondary antagonists of the movie. He’s nothing that we haven’t seen before in Star Wars, but Grant does well with what he’s given. I can’t talk too much about Ian McDiarmid as The Emperor for spoilers stake, but I can say that he played the role appropriately. With that said, I had some issues about the Emperor with regard to his involvement with the plot. Let’s just say that he suddenly has a larger part to play in the movie than you’d think based off the teases of him in the trailers, and I have mixed feelings about it. I guess I accepted it, but it could’ve been so much more interesting and inventive than what they ultimately went with. Not to mention it introduces him very quickly and a bunch of information is thrown at us about him that we just have to accept. It probably wouldn’t be so jarring if we knew that he was alive in any of the other two movies. 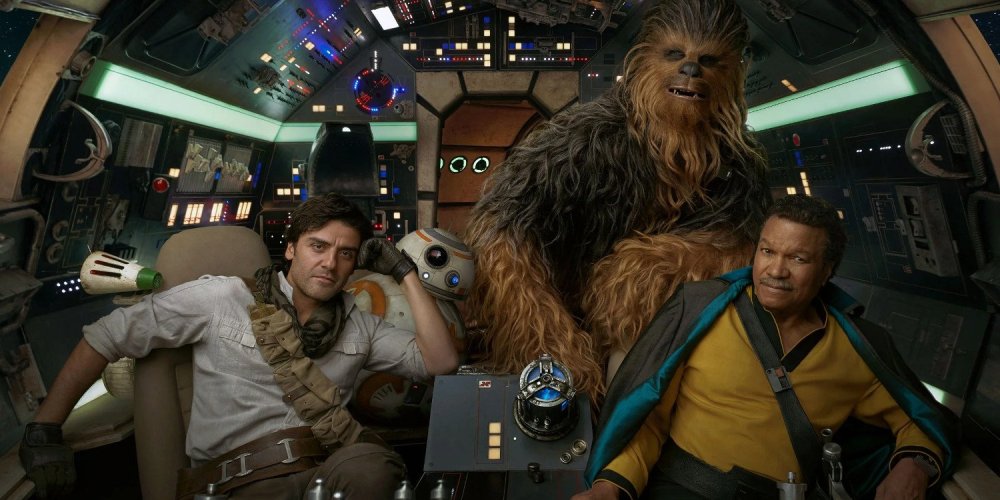 J.J. Abrams once again directed this very well, delivering on a visually stunning movie. There are so many sequences that are just stunning to watch, with the action being fast paced and rather entertaining. The locations and set pieces are also great, there are some very memorable sequences that stand out amongst the Star Wars movies as a whole. The score by John Williams for the Sequel Trilogy haven’t really lived up to the other Star Wars trilogies (outside of Rey’s Theme, Kylo Ren’s theme, and the Resistance theme) but it’s still pretty good, and that’s the case with this movie as well.

I can’t determine whether or not you’ll like this movie. I can tell that some people who hated The Last Jedi will like The Rise of Skywalker more, and some who love The Last Jedi will dislike The Rise of Skywalker, or at least be bothered by many parts of it. As for myself though, I liked it. I’d say that it’s my least favourite of the sequel trilogy and it has some things that hold it back from being better (I really hope there will be an extended cut released in the future). However, I think there’s a lot of great in here too. The cast are good, it’s directed quite well and visually stunning to watch, and I liked a lot of the ideas that were present, and most of how they ended things. If you are somewhat invested in this storyline, just watch it for yourself whenever you get the chance.