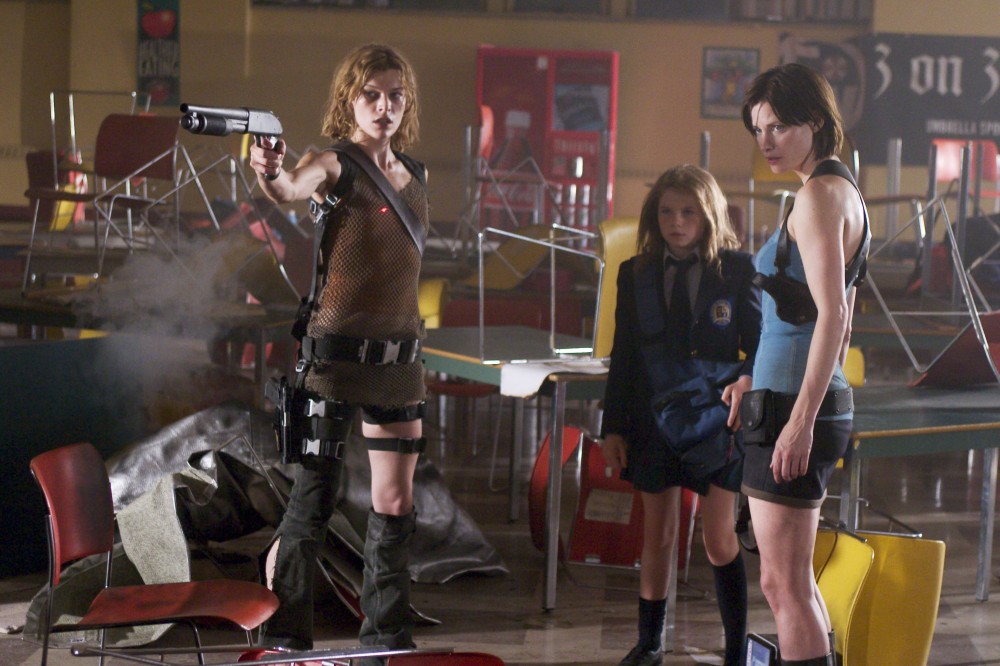 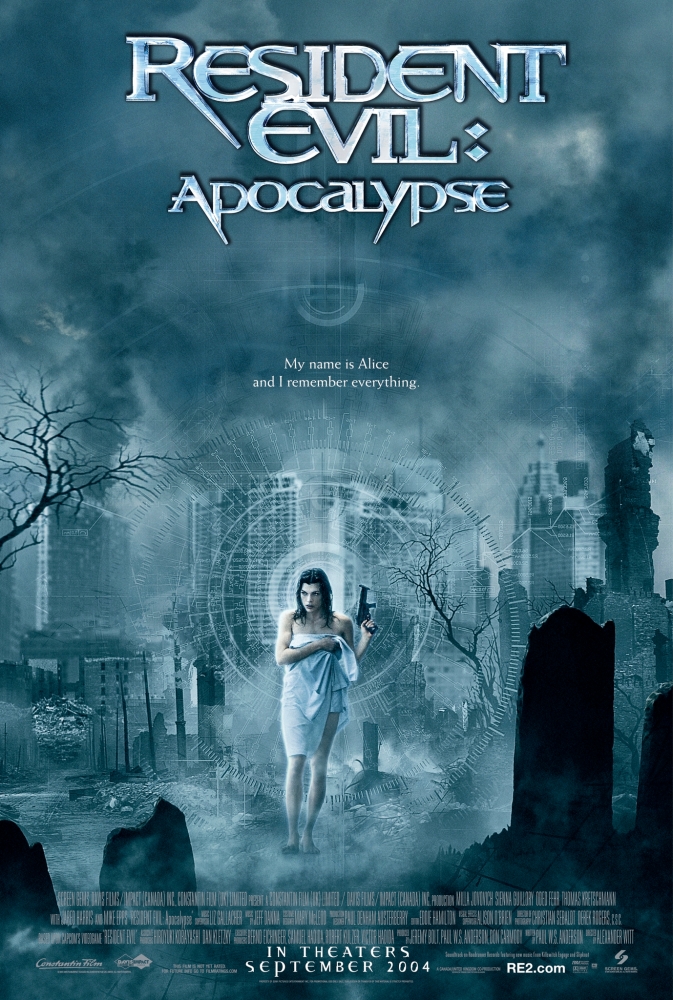 A deadly virus from a secret Umbrella Corporation laboratory underneath Raccoon City is exposed to the world. Umbrella seals off the city to contain the virus, creating a ghost town where everyone trapped inside turns into a mutant zombie. Alice (Milla Jovovich), a survivor from Umbrella’s secret lab, meets former Umbrella security officer Jill Valentine (Sienna Guillory) and mercenary Carlos Oliviera (Oded Fehr). Together, they search for a scientist (Jared Harris) who might be able to help.

The first Resident Evil movie didn’t receive the greatest critical response but it was a success upon its release, especially with it being loosely based on the video games of the same name. The Resident Evil movie started out smaller, but by the time the movie series ended in the 2010s it was a full on action series. The second movie Apocalypse was the escalation from horror action to full on action with some horror elements, to such a ridiculous level. If the first movie wasn’t already a major departure from the games, Apocalypse certainly was that. It’s really not good at all but if you know what you’re going in for, you can have some fun at certain parts. 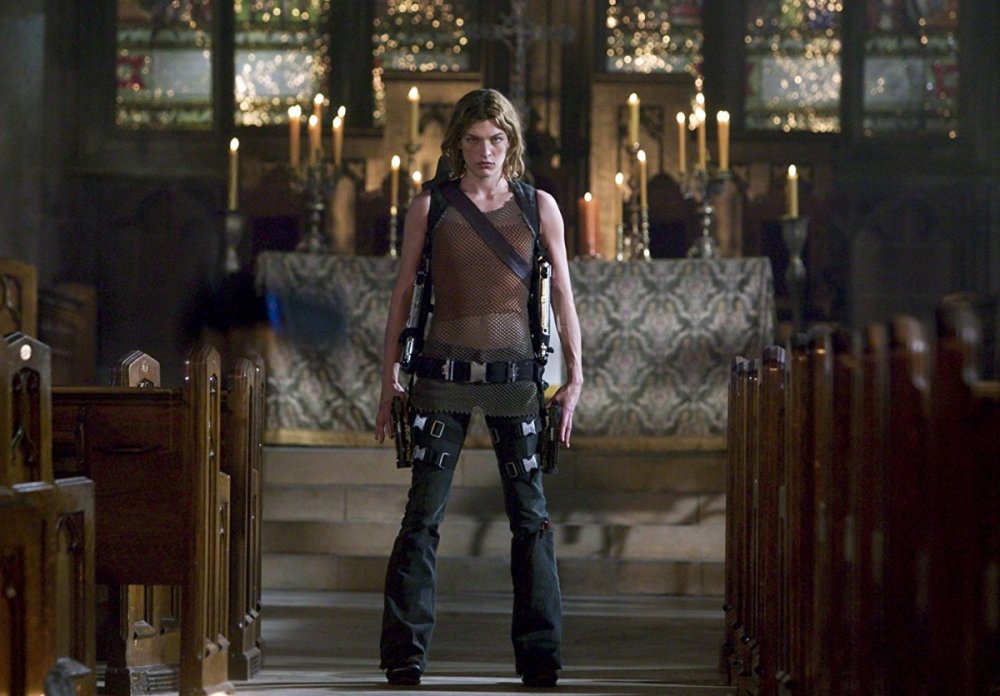 I will be commenting on how they adapted the Resident Evil games to the big screen, but keep in mind that I’ve only played the remake of Resident Evil 2, so I don’t know a ton about the series and lore. Apocalypse actually starts off pretty well, right after the events of the first movie. The movie on the whole is a pretty simple action movie with a straightforward plot. Even though it wasn’t attempting to have scenes like those The Matrix just yet, despite the scale being seemingly small they still manage to make it feel overblown, especially with the action scenes. While it is definitely horror based with the movie involving zombies, any sort of true horror that the first movie had is missing here. There’s very little that’s surprising, I guess there is a twist in the third act but on the whole the movie is mildly predictable. Again, I’ve only played the remake of Resident Evil 2, but it seemed like they took aspects from the game but did them in a more action sense. They do throw in a bunch of characters and aspects from the games, but not all of it is handled the best. One character that is brought from the video games is, Nemesis from Resident Evil 3 who is an unstoppable force. He’s like a tyrant (a giant bioweapon super soldier created by the Umbrella Corporation), only he has weapons and he is very dangerous. They did a good job at making him powerful in this movie. However without giving anything away, they do make him very weak towards the third act, and around this time they do something with main character Alice which completely breaks away from the Resident Evil lore, which just does not work at all. While the first movie didn’t to have exactly what the video games had, it did try to replicate the structure and it kept within its own lore. With Apocalypse, it tries to have it both ways, and by the end it doesn’t really work.

Milla Jovovich is really the only returning member of the first movie as Alice. The character doesn’t have a lot to her, but Jovovich comes across probably the best in this movie (as she generally does for all the movies in the series it seems). The rest of the cast weren’t anything special and weren’t given nearly the amount of attention that Alice got. The one character name I recognised was that of Jill Valentine played by Sienna Guillory, as I heard that the character is in the games. She was pretty good and I heard she’s like a perfect representation of the character in live action, however like all the other characters suffer from being overshadowed by Alice. Thomas Kretschmann is a pretty generic villain, nothing really special about him at all. Mike Epps also is in this movie, and while I get that he was going to provide the comedic relief over everyone else, he just didn’t fit in at all. I guess in a way this actually made him unintentionally funny at points, especially one of his early scenes when he hits a zombie with a car with a good ol’ “GTA motherfucker! 10 points!”. It really was at that point where I stopped taking the movie seriously at all. There’s nothing to say about the rest of the cast. 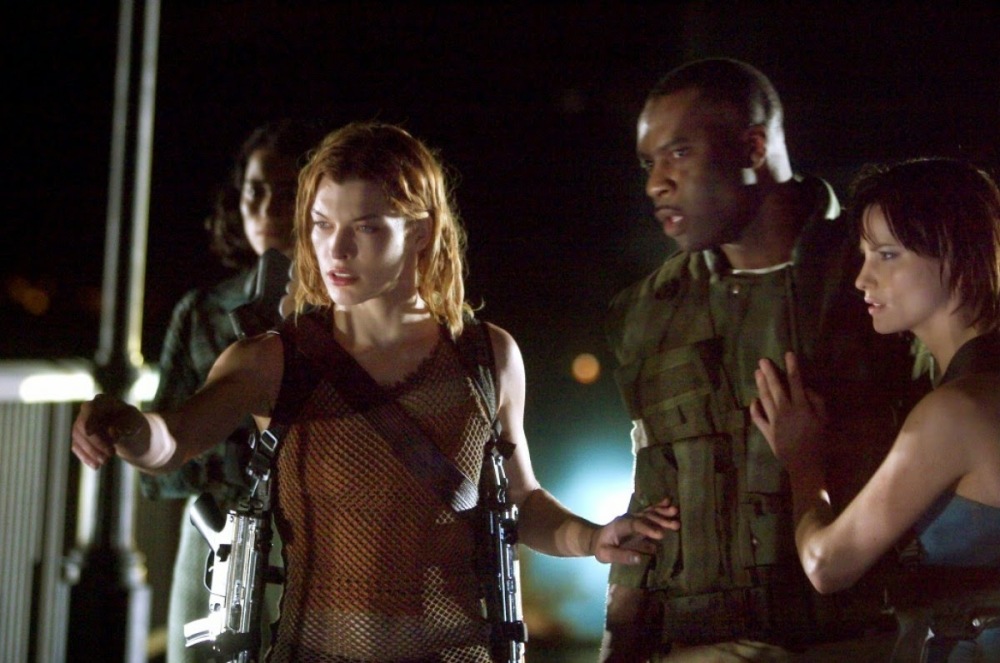 The first movie had Paul W.S. Anderson directing, but he wouldn’t return for the series until Afterlife. This time it’s Alexander Witt directing, and while the movie certainly is bigger than the first, it’s not necessarily better. Parts of the action are entertaining, but the colours and lighting aren’t that great and the editing isn’t the best, leaving some of the scenes a bit of a mess. It can be pretty hard at times to see what’s going on. If you have a look at the colour pallet on the posters, that dark blue colour is pretty much what you’ll be seeing for most of the movie. The visual effects also haven’t aged very well, although they are definitely better than the previous movie. Some of the more practical effects are good though, like the aforementioned Nemesis or the zombies. At points, Apocalypse does well to create good atmosphere, however there isn’t nearly enough of it and they don’t last very long. 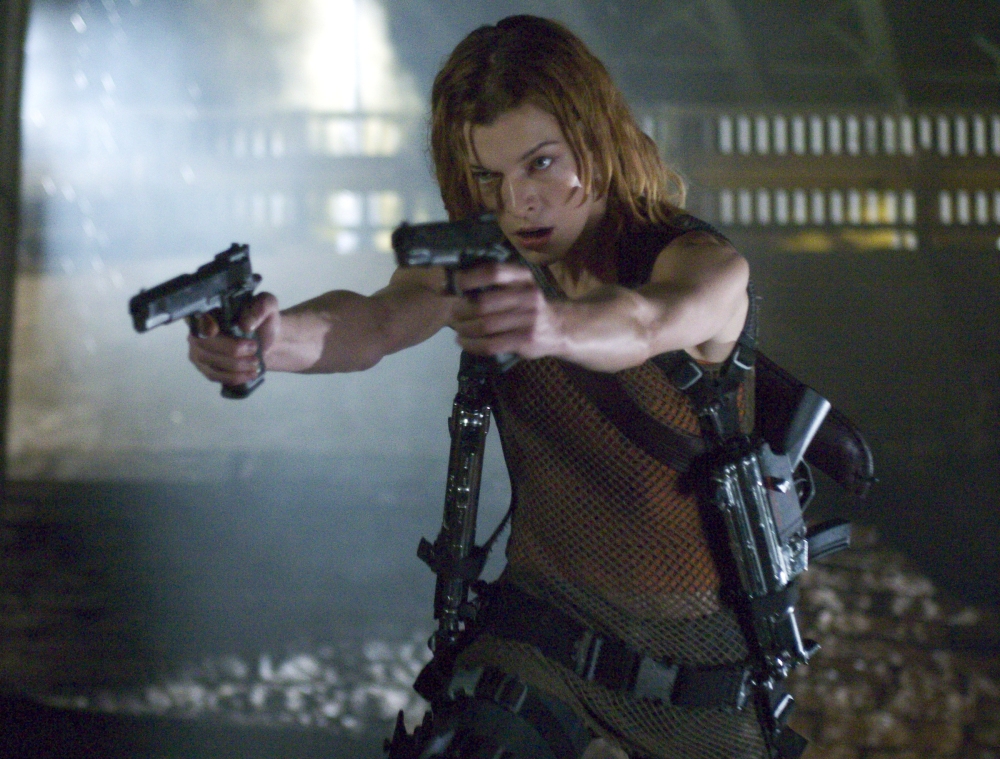 I don’t hate the movie like some do, but Resident Evil: Apocalypse is so far the weakest in the Resident Evil movie series, though that’s not really saying a lot. If you’re looking for an accurate depiction of the games in live action films, outside of some characters and aspects that you might recognise, it’s not this. If you don’t mind a dumb action movie and you liked the first movie, then you might enjoy this one. However if you weren’t a fan of the first Resident Evil movie, you probably won’t like this movie either.