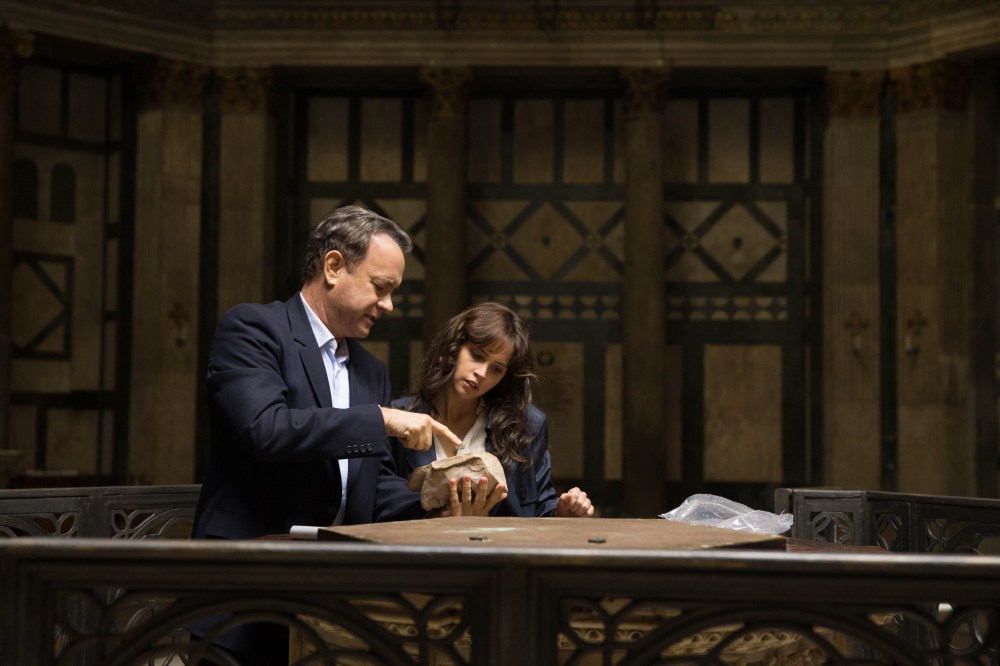 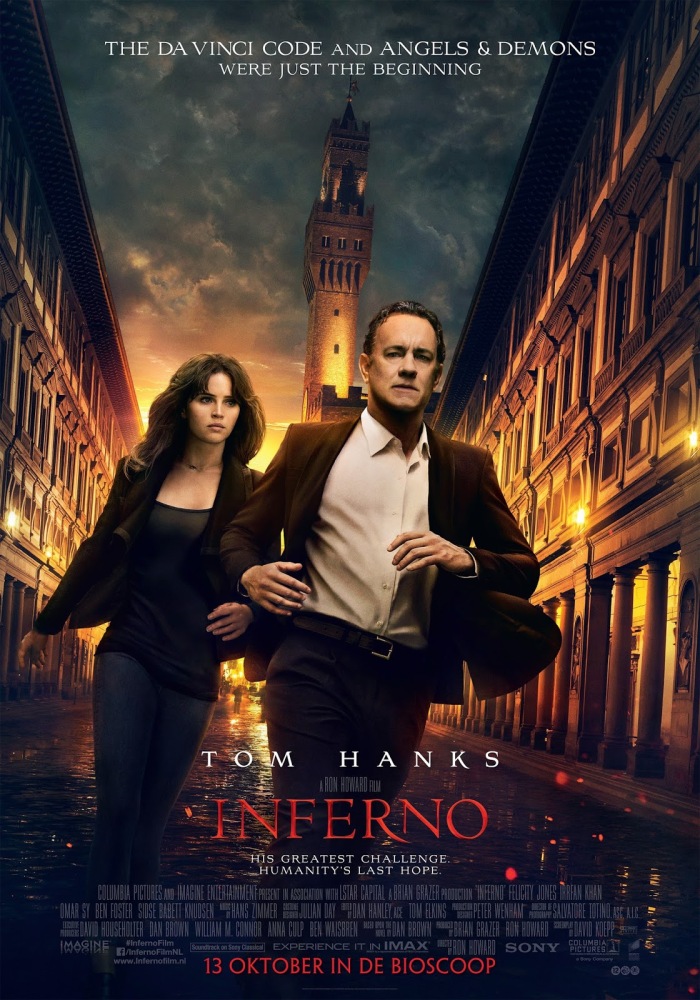 Famous symbologist Robert Langdon (Tom Hanks) follows a trail of clues tied to Dante, the great medieval poet. When Langdon wakes up in an Italian hospital with amnesia, he teams up with Sienna Brooks (Felicity Jones), a doctor he hopes will help him recover his memories. Together, they race across Europe and against the clock to stop a madman (Ben Foster) from unleashing a virus that could wipe out half of the world’s population.

The Da Vinci Code/Robert Langdon movie series were pretty good, they weren’t by any means great, but they were enjoyable mystery stories. 7 years after the last movie, Angels and Demons, there is another instalment that I’m not sure even the die hard Da Vinci Code fans were asking for with Inferno. Inferno is such a massive step down from the previous films. Despite Ron Howard returning to direct along with talent like Felicity Jones and Irrfan Khan involved, this film just isn’t good. It’s not one of the worst movies ever but it is incredibly mediocre.

The story is incredibly forgettable. I’ll admit, I can’t even remember what this movie is completely about. I found it so difficult to care about what was going on. I didn’t care about the story, I didn’t care about the characters, I wasn’t really that interested in what was going on. Honestly I don’t think I can comment about the actual story as I wasn’t paying that close attention but it really says something when I’m so not invested in this movie, and I was trying really hard to focus on it. I haven’t read any of the Robert Langdon books and I haven’t read Inferno so I don’t know if there had been any changes or not but either way, I didn’t care much for the story. From start to finish its on a constant unwavering line of meh.

Tom Hanks returns as Robert Langdon and you can definitely tell that he is trying his best here. The problem is that his character operates heavily using his brain as shown in the previous movies. Robert in this movie has amnesia and we don’t get to see what he’s like before the amnesia, so it feels like a completely different character. And no, we don’t get to see much characterisation for Langdon in this movie. Credit to Hanks for trying his best. Other actors like Felicity Jones, Ben Foster and Omar Sy do a decent job with what they have but aren’t used to their fullest potential and aren’t enough to elevate the quality of this movie. The one actor who seemed to effortlessly steal the show was Irrfan Khan but unfortunately he didn’t play that big of a role. He definitely elevates this movie however.

I cannot believe that Ron Howard directed this, he’s done so much better than this. At times the direction is basic and serviceable enough and at other points it feels like an amateur filmmaker tried to make a movie but failing miserably. The dream sequences are done terribly, during these scenes it looks like a made for tv movie with awful CGI. So not even Ron Howard’s direction can improve this movie. 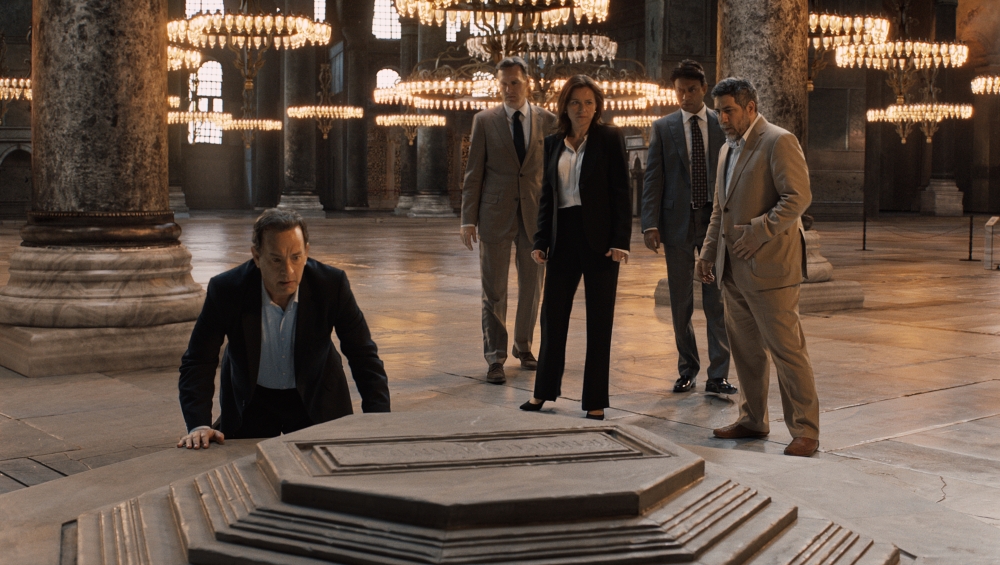 Although it had some potential, Inferno is just not a good movie. Despite some talented people involved, for some reason it just didn’t come together to actually work. The best part of this movie is the performances, and even then its only really Irrfan Khan who shines. I guess if you’re curious enough you can check it out but don’t expect something that great. It’s not terrible, just quite underwhelming and mediocre, there’s not much to really say about it to be honest.