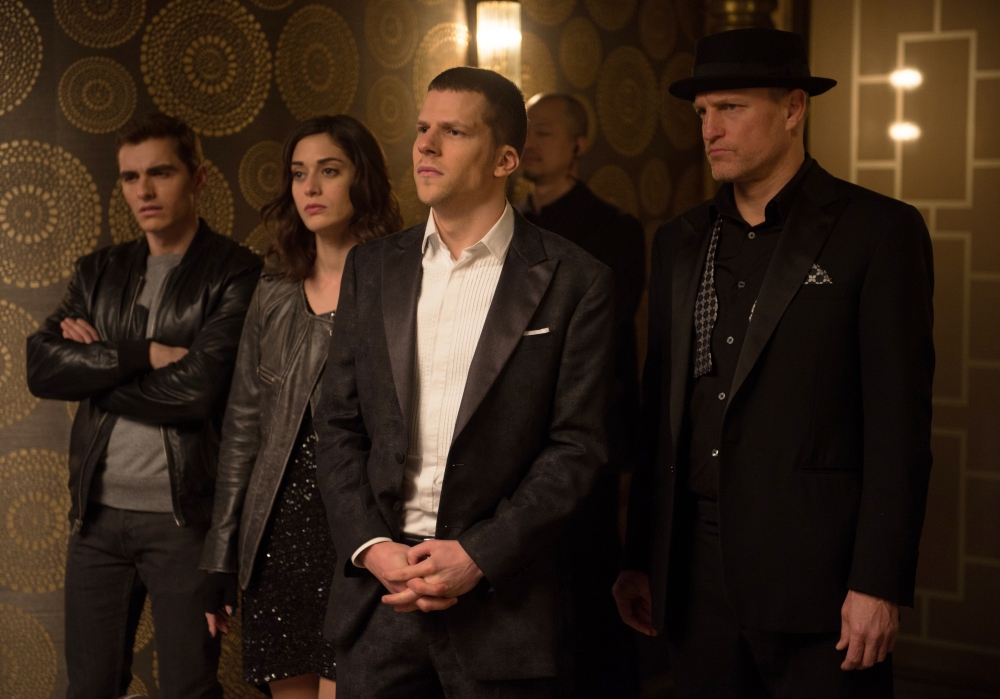 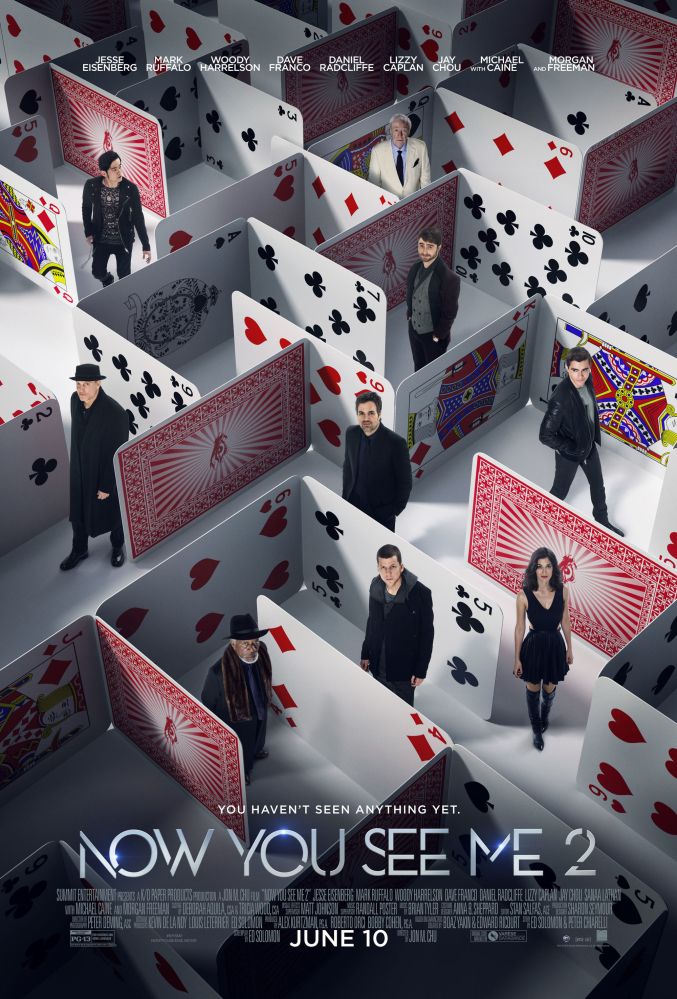 After fleeing from a stage show, the illusionists (Jesse Eisenberg, Woody Harrelson) known as the Four Horsemen find themselves in more trouble in Macau, China. Devious tech wizard Walter Mabry (Daniel Radcliffe) forces the infamous magicians to steal a powerful chip that can control all of the world’s computers. Meanwhile, vengeful FBI agent Dylan Rhodes (Mark Ruffalo) hatches his own plot against Thaddeus Bradley (Morgan Freeman), the man he blames for the death of his father.

I liked the first Now You See Me, its not great by any means but I had a fun time with it. So I had mild expectations when it comes to a sequel, it would probably be entertaining but at the same time it wasn’t really necessary, no one was begging for it to exist. Now You See Me 2 was pretty much what I expected it to be, it is around the same level of quality as the first. It’s pretty entertaining and decent but nothing much more than that.

The first movie didn’t really focus too much on The Four Horsemen, with Mark Ruffalo and Melaine Laurent being the main perspective. This time with the 2nd movie, it is from The Four Horsemen’s and Mark Ruffalo’s perspective. Like with the first movie, the plot isn’t great but it does keep your attention and for the most part it keeps you entertained from start to finish. I wasn’t really ever bored but it’s not a completely riveting plot, I was partially curious as to which direction the story was going in. It does feel like it’s just throwing twists at you, and I’m not sure how well those twists would actually hold up upon repeat viewings but I didn’t have too much issues on my first viewing. Though I have a feeling that I’d probably be able to pick some holes on a second viewing. 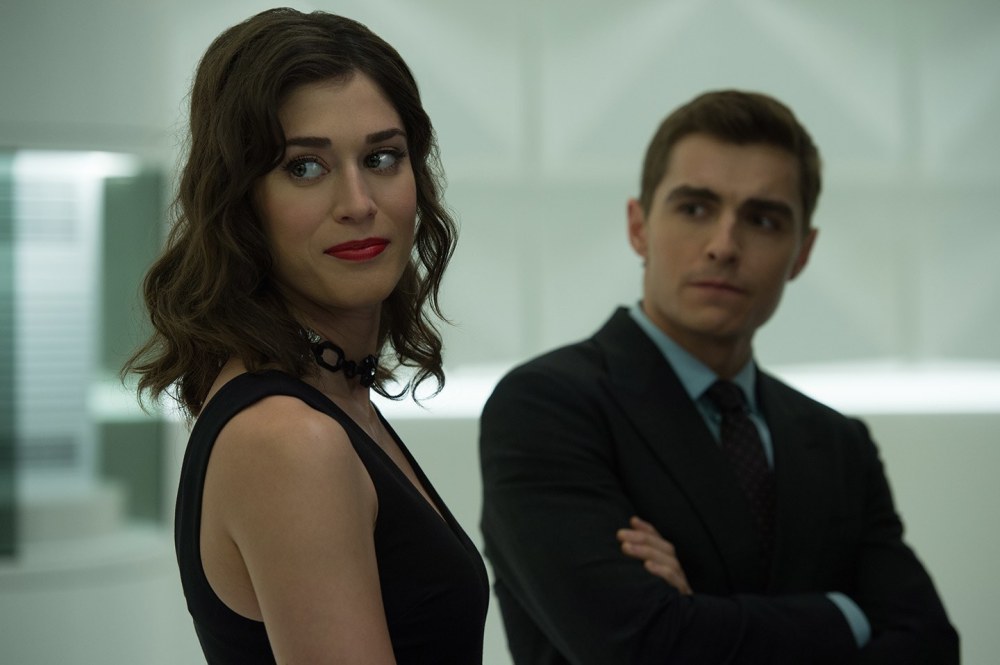 The previous cast returns with Jesse Eisenberg, Woody Harrelson, Mark Ruffalo, Dave Franco and others and they are still pretty entertaining. Isla Fisher wasn’t able to return for the sequel, so Lizzy Caplan ultimately took her place as the fourth horseman and she did a good job. On a slight note, it was a little rushed how they explained why Fisher wasn’t here, it’s a small aspect but its not movie breaking. One slightly annoying aspect was that in this movie, Woody Harrelson has a twin brother, which is an annoying cliché seen in many movies. He’s not as annoying as he you’d think he would end up being but he is still very distracting and pointless. It was great to see Daniel Radcliffe in a more villainous role and he actually does pull it off quite well, I’d like to see him more in this kind of role. Other actors like Morgan Freeman and Michael Caine are nice to see return. 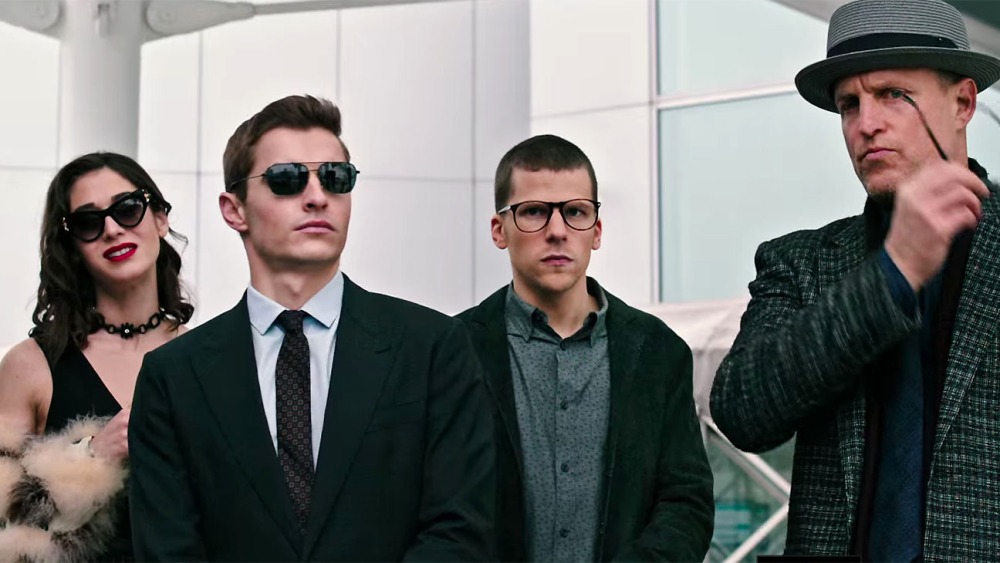 The direction was decent enough. Whereas the original was directed by Louis Leterrier, the sequel was directed by Jon M. Chu and it was about at the same level. Honestly had I not known this prior to watching the movie I probably wouldn’t be able to tell that the two movies were directed by different people, I wouldn’t have noticed it myself. It is quite entertaining to watch the characters perform magic, and that’s an area that the movie really shines in. 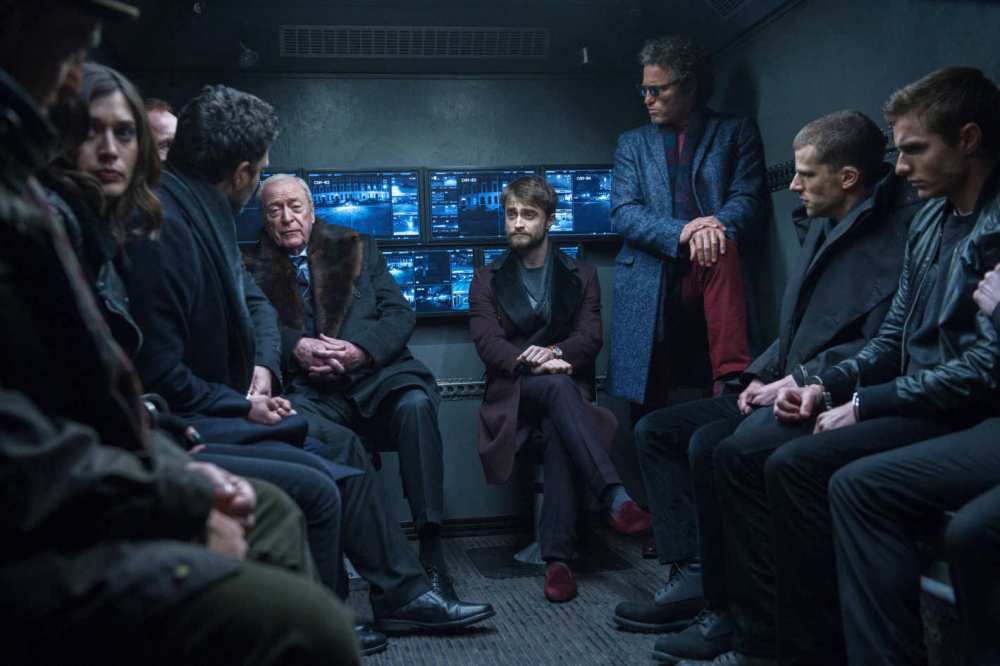 As someone who thoroughly enjoyed the first Now You See Me for what it was, I really enjoyed the sequel. I liked seeing these actors here, I was entertained by what was going on, I overall had a good time. This is an entertaining movie but I don’t think I would call it a good movie. If you don’t like the original Now You See Me, you won’t like the sequel, there’s nothing really here that’s going to change your mind. I heard there is going to be a third movie in the franchise, again, its unnecessary but I wouldn’t mind watching it if it actually ends up happening.