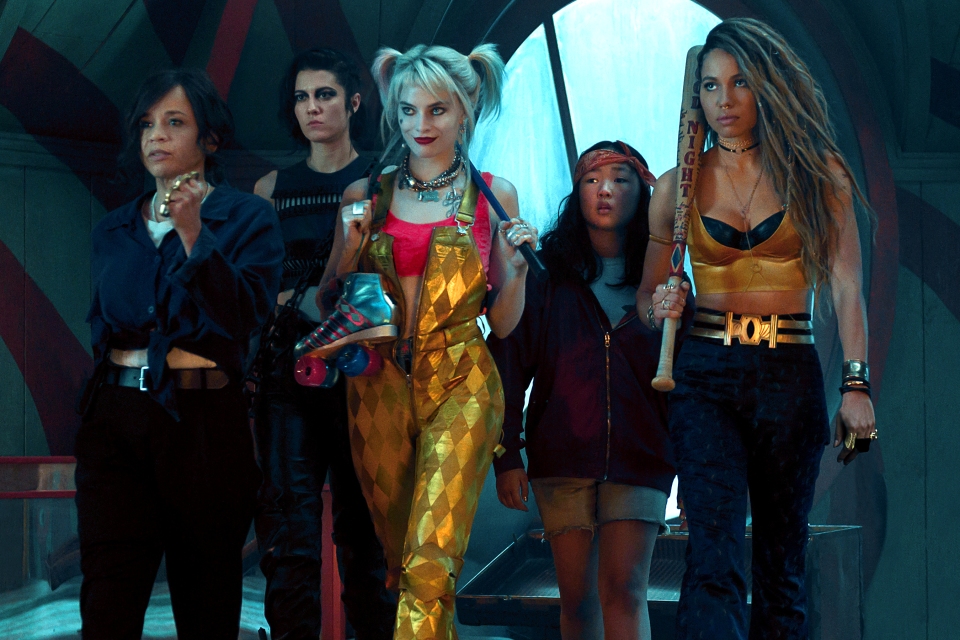 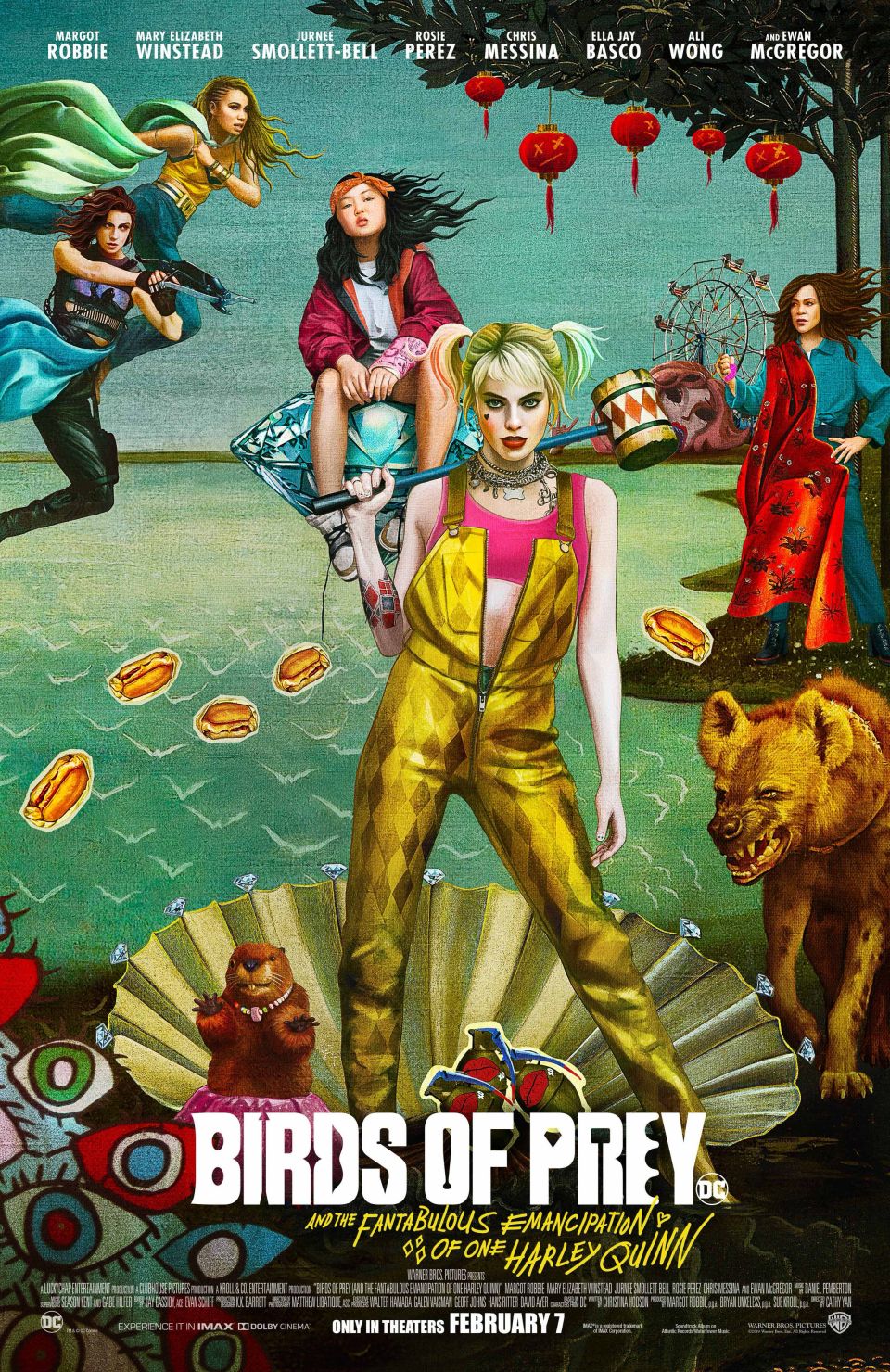 It’s open season on Harley Quinn (Margot Robbie) when her explosive breakup with the Joker puts a big fat target on her back. Unprotected and on the run, Quinn faces the wrath of narcissistic crime boss Black Mask (Ewan McGregor), his right-hand man, Victor Zsasz (Chris Messina), and every other thug in the city. But things soon even out for Harley when she becomes unexpected allies with three deadly women – Huntress (Mary Elizabeth Winstead), Black Canary (Jurnee Smollett-Bell) and Renee Montoya (Rosie Perez).

Birds of Prey was one of my most anticipated movies of 2020. As a fan of the DCEU (barring Justice League and Suicide Squad), I’m generally interested in seeing whatever they put out next, and indeed their latest movie looked quite promising. While Suicide Squad left quite the divided response, Margot Robbie’s Harley Quinn in that movie was already a fan favourite the moment she appeared, so it was a given that she’d be involved in more DC projects. This movie would have Robbie’s Harley involved with creating the Birds of Prey, and with a cast that included the likes of Mary Elizabeth Winstead and Ewan McGregor involved, it had a lot of potential, and I was looking forward to it. I had a lot of fun with Birds of Prey, and it was generally entertaining from start to finish.

The script by Christina Hodson is really solid, and the handling of most of the characters is great. The story is told from Harley’s perspective, and that was one of the highlights of the movie. It’s a really chaotically told story, and with Harley being an unreliable narrator, it made it a lot more fun to watch. For example, it might introduce a character in the story, and then the movie would rewind back in time to explain who that character is. While that sometimes worked, some of the later occurrences started to disrupt the pacing quite a bit. The R rating is quite freeing for Birds of Prey and works for its benefit. With Suicide Squad there was feelings of it being cramped in and restricted, and it couldn’t really go as crazy or as far as it might’ve wanted to go. While Birds of Prey is generally less graphic than the Deadpool movies (outside of one particular scene), you can really tell that they had a lot more to play with here, and so didn’t have any things that had to avoid. The third act was the highlight of the movie for me. The movie could be quite messy with some of its storytelling (and I’m not sure how well it’ll hold up on a second viewing), but given the storytelling, that actually works quite well. Something I have to address is that the full title of the movie is Birds of Prey (and the Fantabulous Emancipation of one Harley Quinn). Most people won’t use the full title when talking about it, but there’s a reason why it’s given that very long title. Make no mistake, this isn’t a Birds of Prey movie, it’s first and foremost a Harley movie. WB was looking to make a Harley Quinn spinoff, but Margot Robbie also wanted her to be part of a group, in this case the Birds of Prey, so this movie is how they’re being introduced onto the big screen. For most of the movie it’s Harley’s story with appearances of the members throughout it as supporting characters, before they all come together and team up in the third act. While I understand that approach and I like the movie as it is, I certainly hope there is a follow up that’s a full on Birds of Prey movie. 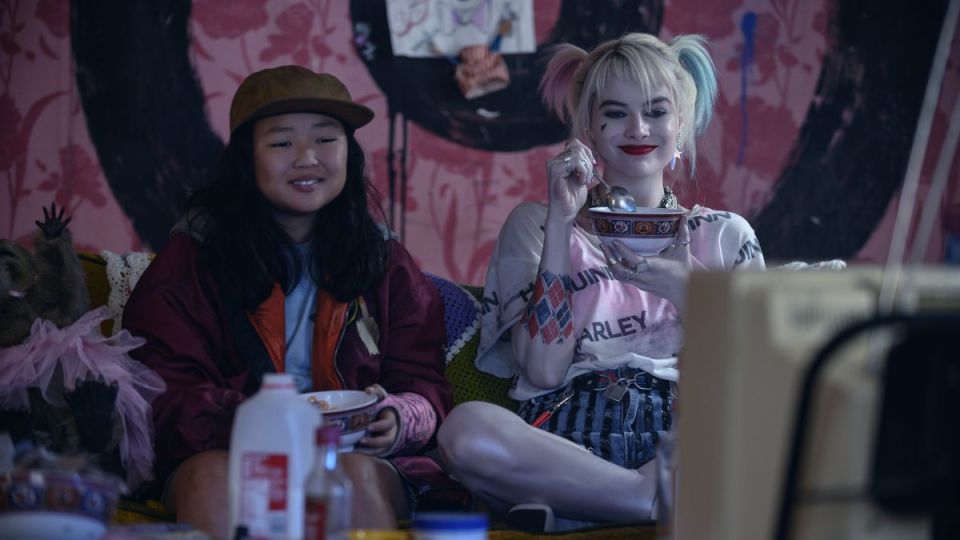 Margot Robbie reprises her role as Harley Quinn, and she’s once again great, she really was born to play this character. While she was good in Suicide Squad, she’s got a lot more to work with here, and certainly benefits with no restrictions whatsoever. Again, this is her movie through and through, and Robbie excels throughout. Then there’s also the Birds of Prey themselves, with Mary Elizabeth Winstead as Huntress, Jurnee Smollett-Bell as Black Canary, and Rosie Perez as Renee Montoya. They don’t get quite the screentime and attention that I’d hope for, nonetheless they do a lot to make an impression on you and are great, and are excellent together. I’m really looking forward to seeing them again in future DCEU instalments, especially Black Canary. There’s also the character of Cassandra Cain who plays a big part in the plot, and I think she’s really the only character in this movie I took issue with. Now I’m not very familiar with her in the comics, but I know there she is one of the characters who assumed the role of Batgirl and is an excellent fighter. In this movie however she is a pickpocketer… and that’s it, she probably could’ve been named anything other than Cassandra Cain and she probably would’ve worked much better. It’s not a major issue, she functioned well enough in the story, and actress Ella Jay Basco played her quite well, but the changes to the character were unnecessary. The villains were also effective in Ewan McGregor as Black Mask and Chris Messina as Victor Zsasz, two formidable and threatening antagonists for this story. McGregor’s Roman Sionis is one of the most memorable comic book movie villains in recent years, flamboyant, over the top, and deliciously evil, he was a blast to watch, and was the standout performance of the film after Margot Robbie. 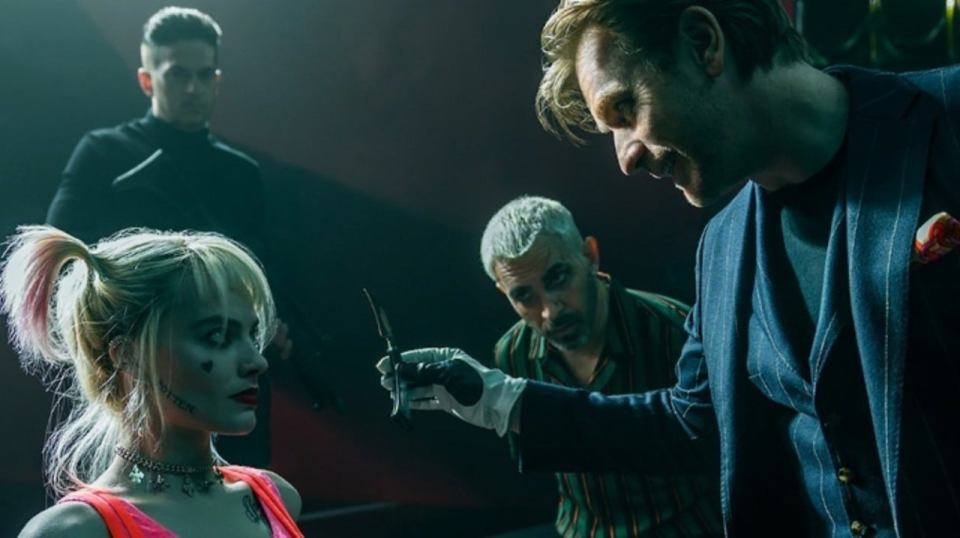 Cathy Yan’s direction of Birds of Prey is fantastic. This movie tells its story from Harley’s perspective, and Yan does a great job at putting you inside her head, from the narration from Robbie’s Quinn and occasional breaking of the fourth wall, to some animations on screen which work very well. It’s also a great looking movie on the whole, the use of colour particularly is great, and the grimy setting of Gotham is captured incredibly well. Stylistic wise it has some similarities to Suicide Squad, but they take it to the next level here. The action is also well directed and fun, particularly the fight scenes. Apparently the stunt people involved with the John Wick movies were brought in to beef up some of the action in Birds of Prey, and you definitely feel it. The music is also quite good, from the score by Daniel Pemberton, to the selected soundtrack. 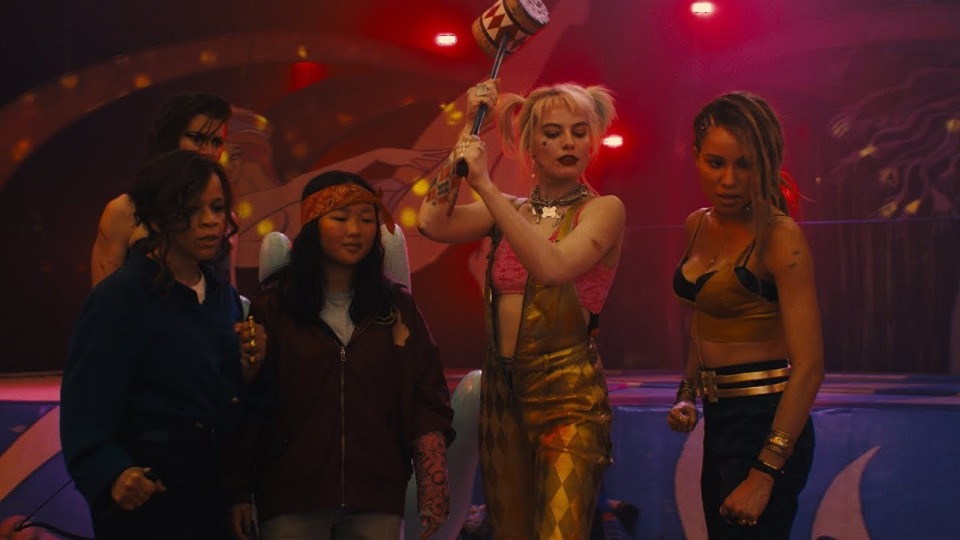 Birds of Prey is a bit messy and has the occasional pacing issues, but on the whole was a chaotic, stylistic, and very entertaining flick, probably the closest that we’ll get to a Quentin Tarantino inspired comic book movie. It’s visually stunning, well directed, has some good action, and features a great cast that perform excellently together. I certainly look forward to seeing Harley Quinn and the other characters again in future DCEU movies. 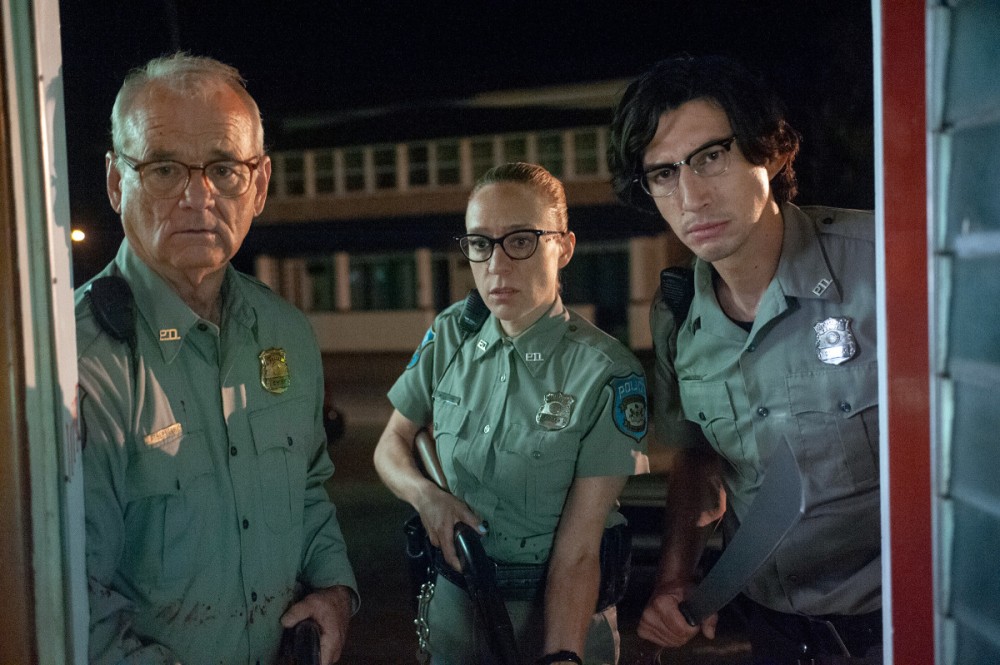 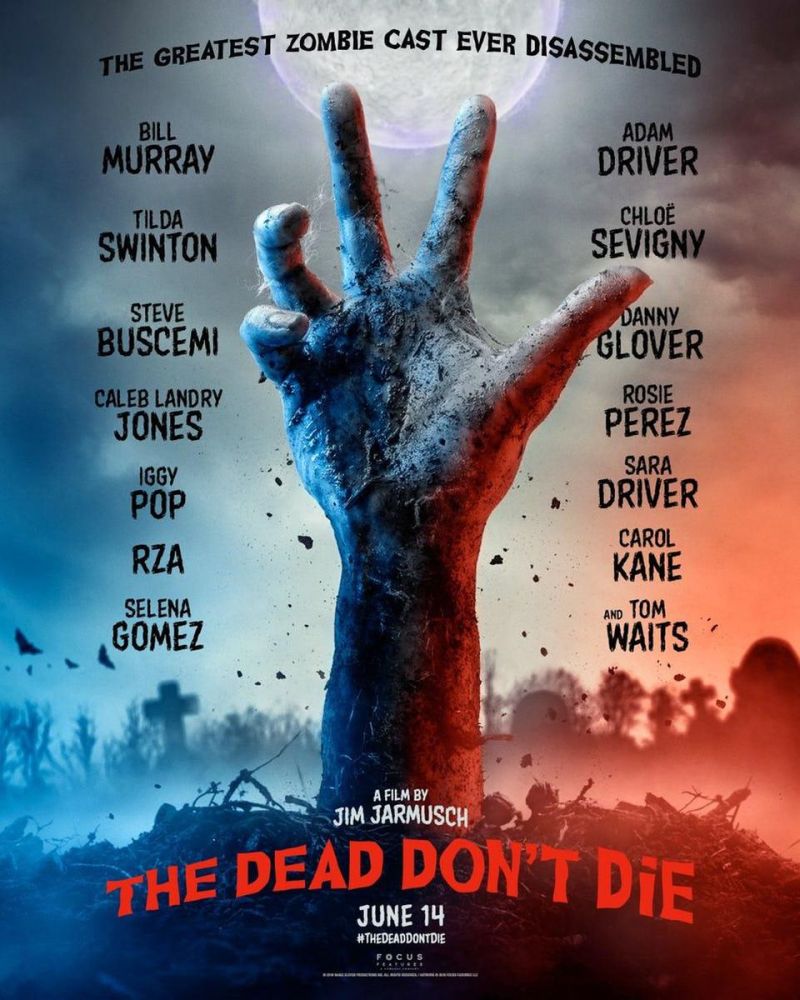 In the sleepy small town of Centerville, something is not quite right. The moon hangs large and low in the sky, the hours of daylight are becoming unpredictable, and animals are beginning to exhibit unusual behaviors. News reports are scary, and scientists are concerned, but no one foresees the strangest and most dangerous repercussion that will soon start plaguing Centerville: the dead rise from their graves and feast on the living, and the citizens must battle to survive.

The Dead Don’t Die is a movie I heard a little bit about for a month or so. I knew that it was a zombie movie that was anticipated but people felt rather mixed on when it released. It’s also got a great cast, with the likes of Adam Driver, Bill Murray, Tilda Swinton and more involved. It’s also the first movie that I’ve seen from director Jim Jarmusch, whose other films included Paterson and Only Lovers Left Alive (movies I’ve heard about but never got around to). Having only seen The Dead Don’t Die, I’m just going to assume that this is his worst movie. 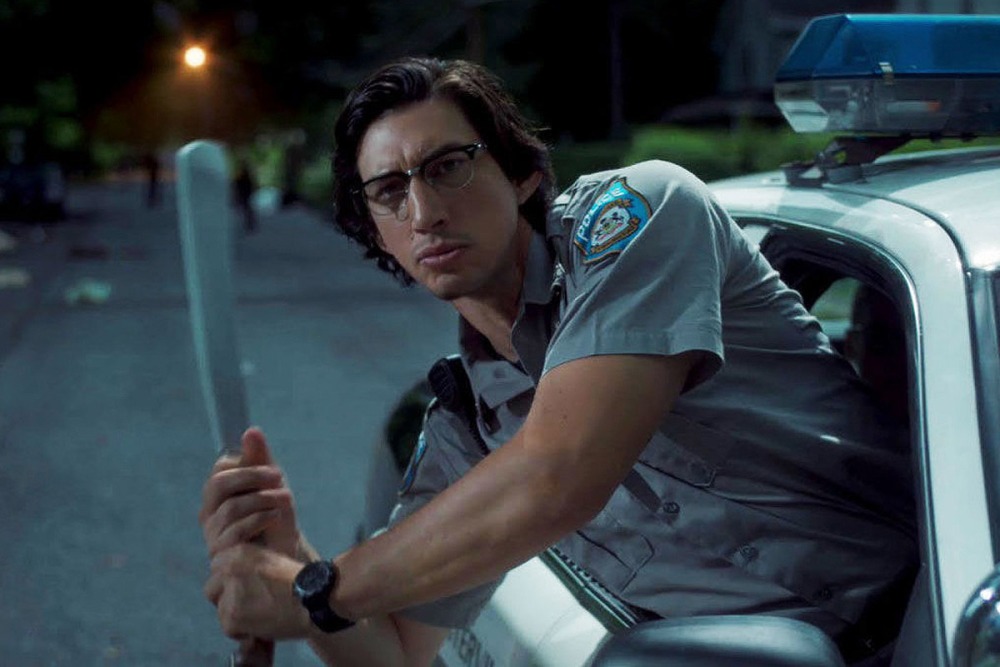 All I knew going into this movie is that this was a zombie comedy, I was going in completely blind otherwise and so had no other expectations. This movie certainly has some weird humour throughout. I really do like deadpan humour, but I never knew it was possible for a movie to be too deadpan, to the point where the humour just completely disappears from them movie. I assume it’s somewhat trying to be comedic however, because if you look at the movie from a serious perspective, it’s even worse. So outside of some certain moments, it was neither serious nor funny, so I’m not exactly sure how to take most of the movie. The horror doesn’t even exist here, the few times that have some attempt at it are very weak. So you’d think that maybe it’s meant to be working on a deeper level with the story. Well there is some social commentary that the movie throws in throughout about materialism and the like, and it is incredibly ham fisted and blatant, none of that works either. So really the movie doesn’t work in any regard, not as a comedy, not as a horror, and it’s not a deep movie with important things to say about anything. 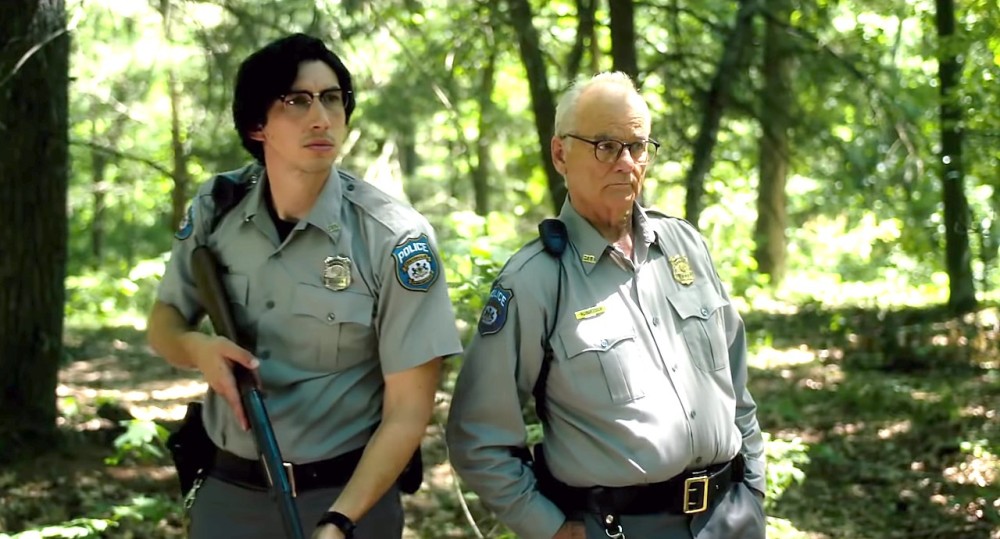 Despite the great cast, they can only do so much. Adam Driver, Bill Murray and Tilda Swinton come across the best here, with Driver and Murray as a pair of cops, and Swinton as an undertaker who also happens to be a samurai (or something). Driver actually does manages to elevate some of the scenes he’s in, with so many of his deadpan delivered lines being amongst the only funny parts of the movie. The rest of the cast don’t really do much, with Steve Buscemi, Austin Butler, Danny Glover, Caleb Landry Jones, Selena Gomez and Tom Waits being okay in their parts but but weren’t particularly memorable. 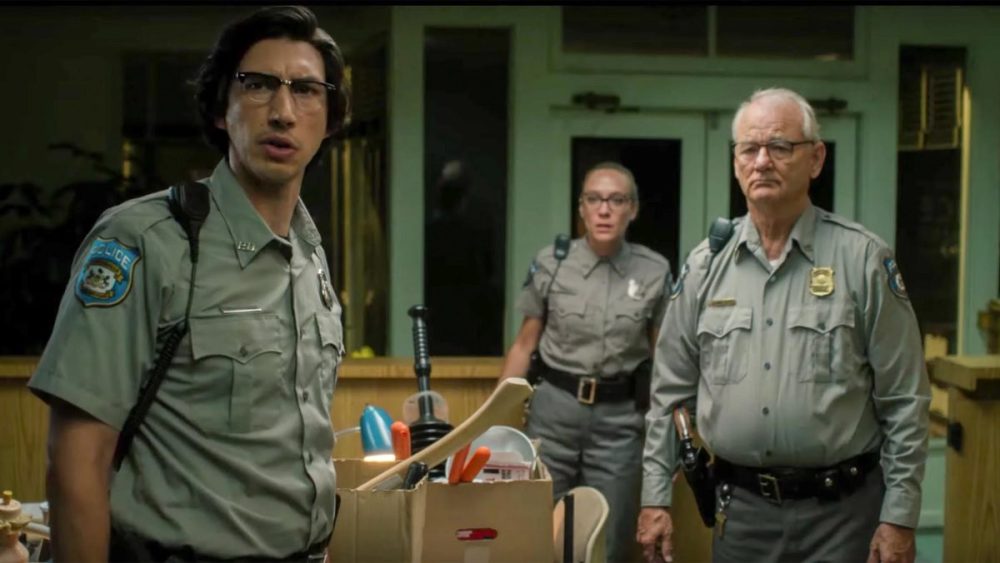 As I said up above, the movie barely has any horror, honestly Shaun of the Dead is much scarier. If you’re hoping to enjoy it for the gore at least, there’s maybe a few scenes like that but on the whole there isn’t much here. An observation is that for whatever reason, whenever part of a zombie is chopped off or shot, soot or dust comes out instead of blood, I’m not sure whether it’s an artistic decision or because of budgetary reasons but it’s like that in the movie. 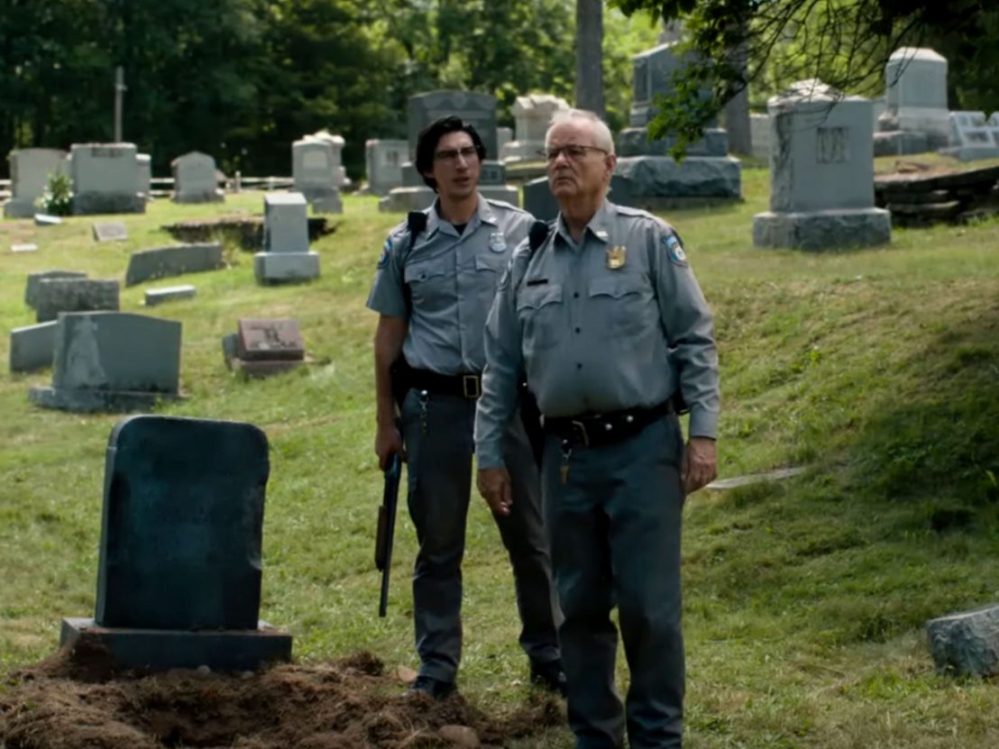 By the end of The Dead Don’t Die, I wasn’t exactly sure what the point of all of it was. The jokes don’t land, the scares don’t work, the movie doesn’t entertain, and even if you just go by the message/social commentary, it’s so forced and poorly handled that it deflates the movie even further. I didn’t hate it, but it really gets worse the more I think about it, as it really doesn’t work well in any regard. Not even the cast can fully save it (though Adam Driver has some good moments). I guess if you’re really excited for the movie I guess you could give it a go. It’s harmless but rather forgettable and a bit of a timewaster, so if you’re sceptical about the movie, I’d say it’s not worth it.