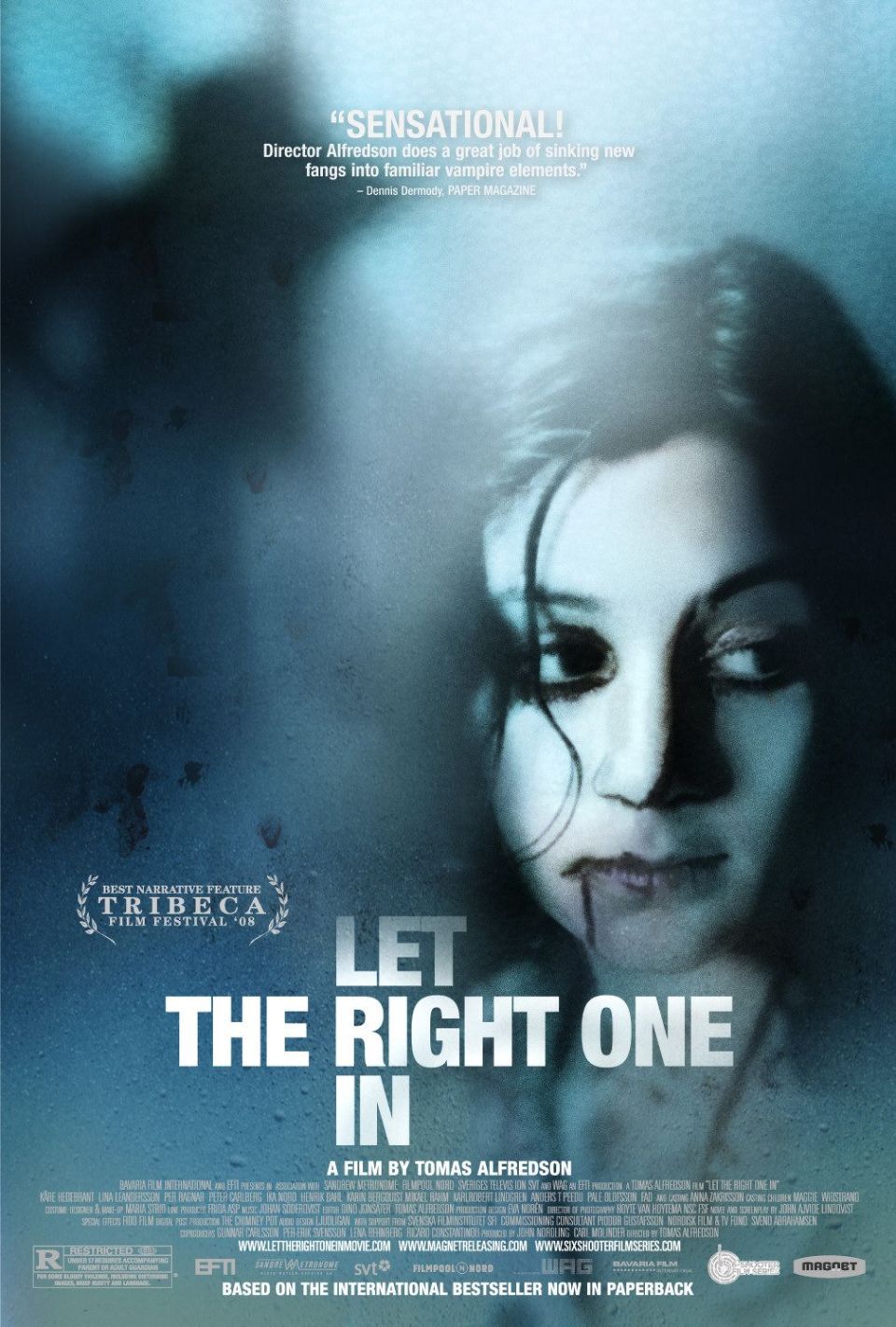 When Oskar (Kåre Hedebrant), a sensitive, bullied 12-year-old boy living with his mother in suburban Sweden, meets his new neighbor, the mysterious and moody Eli (Lina Leandersson), they strike up a friendship. Initially reserved with each other, Oskar and Eli slowly form a close bond, but it soon becomes apparent that she is no ordinary young girl. Eventually, Eli shares her dark, macabre secret with Oskar, revealing her connection to a string of bloody local murders.

I remember wanting to watch Let the Right One In for quite a while. It’s regarded as one of the best vampire films ever and also one of the best horror movies of the 21st Century thus far. I even read the book many years ago. Having seen it, I can confirm that it’s well worth the watch, for both fans and non-fans of horror. 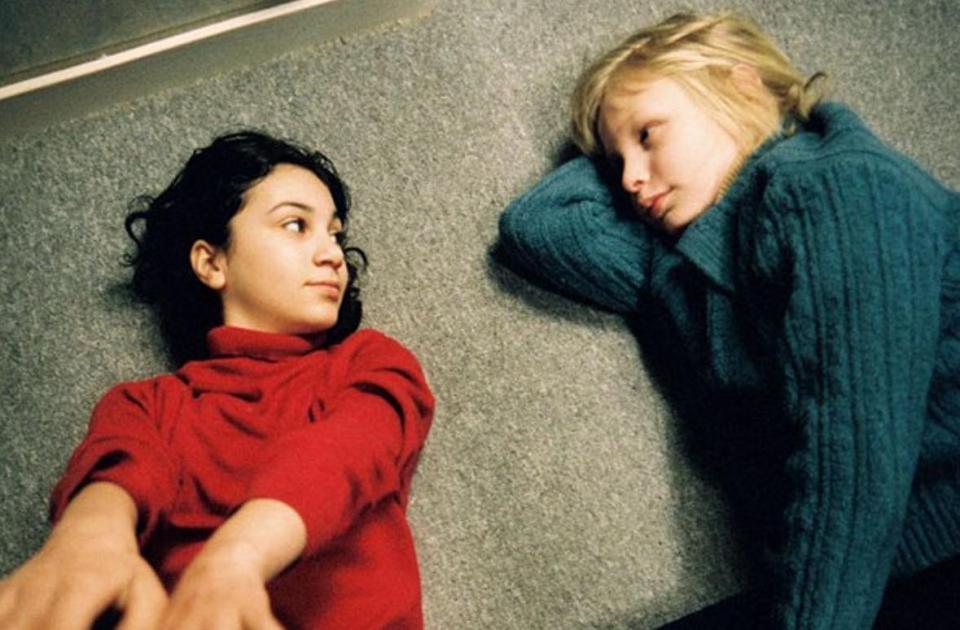 Let the Right One In is a vampire movie and there are some familiar and recognisable rules in place that are established during the film, they can’t be in the sun, they don’t grow old physically, and they need to survive on human blood. However, the movie is more focussed on the characters than the actual mythology of the vampires in the world of the film, and that’s what I really liked. It is a drama first and foremost. At its core, Let the Right One In is a coming of age drama, that deals with themes and issues of loneliness, bullying, revenge and existentialism. It’s far more than what you expect going in, even if the plot is fairly straight forward. The movie is technically a horror movie and dark no doubt, the story is creepy, unsettling and haunting, however at the same time quite emotional. Even though the pacing can get a little slow sometimes, the story keeps you rather invested throughout. The script was written by John Ajvide Lindqvist, who wrote the original novel that the movie is based on, and he adapted his own book quite well for the big screen. The only things of the movie that don’t quite work as the antagonist figures (even though they are a small part of the movie), especially all the very one dimensional bullies who are generically evil movie bullies which we’ve seen in plenty of movies before. It’s a small fault but it is noticeable. 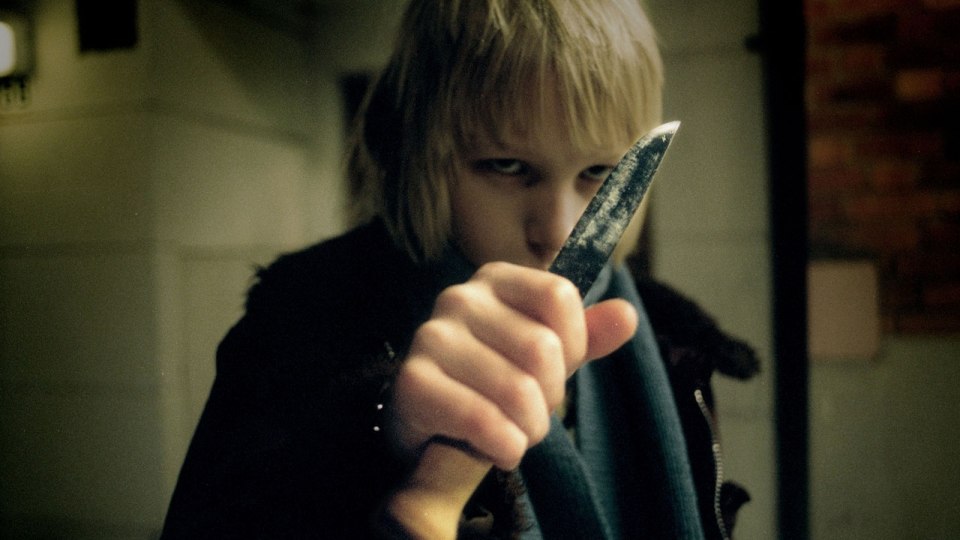 The acting is great from everyone. Of course the highlights are the two leads in Kare Hedebrant and Lina Leandersson, and they play their parts perfectly. Their connection and on-screen dynamic are really believable, which is good because it’s pretty much the driving force of the whole film. The supporting cast do well, but it’s the two lead performances that are really the focus.

Let the Right One In is directed so well by Tomas Alfredson. It is gorgeously shot as expected by Hoyte van Hoytema, and the ice cold Scandinavian setting is captured so well here (especially with the snow). There are horror moments and scenes of violence, but they aren’t treated like most horror movies would have them. Most of the violence is shown in long shots and doesn’t get in your face about it; it’s not over the top, yet handled with a level of realism and is disturbing enough that it effectively gets under your skin. There isn’t a lot of focus on the score by Johan Söderqvist, but it’s great and fits the whole film perfectly. 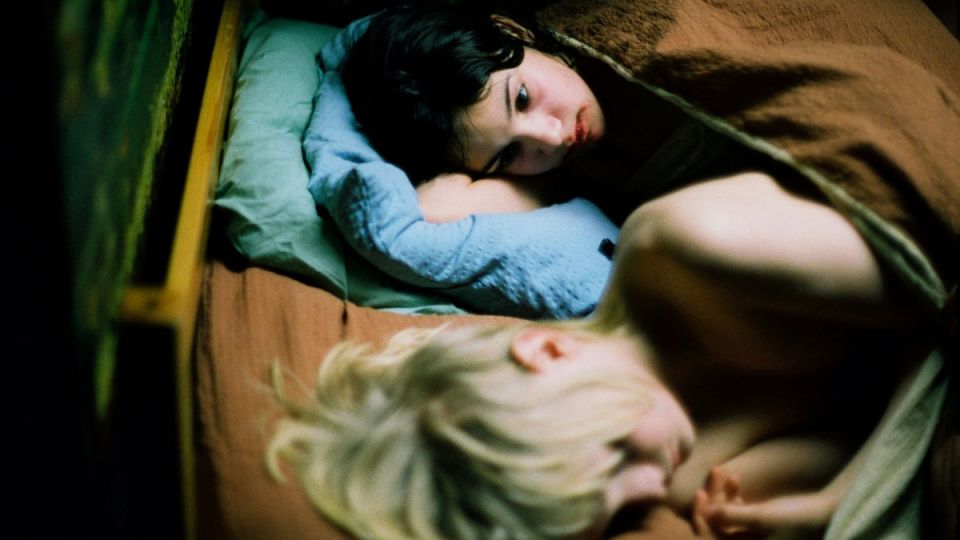 Let the Right One In is a twisted and haunting yet beautiful film, acted greatly and excellently directed. It easily ranks among the best vampire movies, and is one of the most essential horror movies in recent memory. A must watch film for sure, especially for those who are fans of horror. Check it out as soon as you can.