Violent anti-hero Bill Williamson (Brendan Fletcher) has a plan to change the world by exacting vengeance on the rich, and ripping Washington apart. He holds a number of people hostage and uses his captives as his political platform to spread his message and awaken humanity. It’s time to destroy the system, and change won’t happen peacefully.

For some of those who saw Rampage, it was a surprise considering Uwe Boll’s other work, which seemed to be almost all bad. Rampage was a simple, yet effective movie which seemed to get most of its necessary aspects right. It wasn’t great by any means but it was okay for what it set out to do. I also seemed to like the sequel, titled Capital Punishment (the movie I’m currently reviewing) when I first saw it. Thinking back to both movies, it dawned on me that they really weren’t that good, especially the second. No doubt, Uwe Boll is actually trying with the Rampage movies but it’s not really done that well. Some of the elements are praiseworthy, especially Brendan Fletcher’s performance. However overall it ultimately now just feels like a ham fisted speakerphone where Uwe Boll could unload all of his political thoughts, and as a movie it’s really not that good.

Instead of main character Bill Williamson going on a killing spree, Bill now decides to take people hostage. It’s more like a contained thriller in one location than an absolute shoot em up. One of the stand out parts about Capital Punishment is that this movie is incredibly preachy, with tons of monologues by Bill and some of the most blatant political commentary I’ve ever seen in a movie. There is no subtlety whatsoever, it’s a little worryingly the way it’s done. It’s not the actual concept that is wrong, it seems like it could be something controversial but interesting. It’s that the execution is really ham fisted with really no thought put into it, like Uwe Boll recorded all of his drunken rants and ramblings and decided to put it into this movie. While there’s clearly some truth to Bill’s words, the film never takes into account the horrible things he does. We don’t need some guy telling us that what he’s doing is wrong, but there’s something troublesome about how the film perceives him. Having a character like this is very difficult to pull off, you have to show some of his positive aspects, while not trying to glorify his actions. Uwe Boll does not do a good job with that. The ending is also just so convenient and lazy, obviously setting up for another instalment in the series. 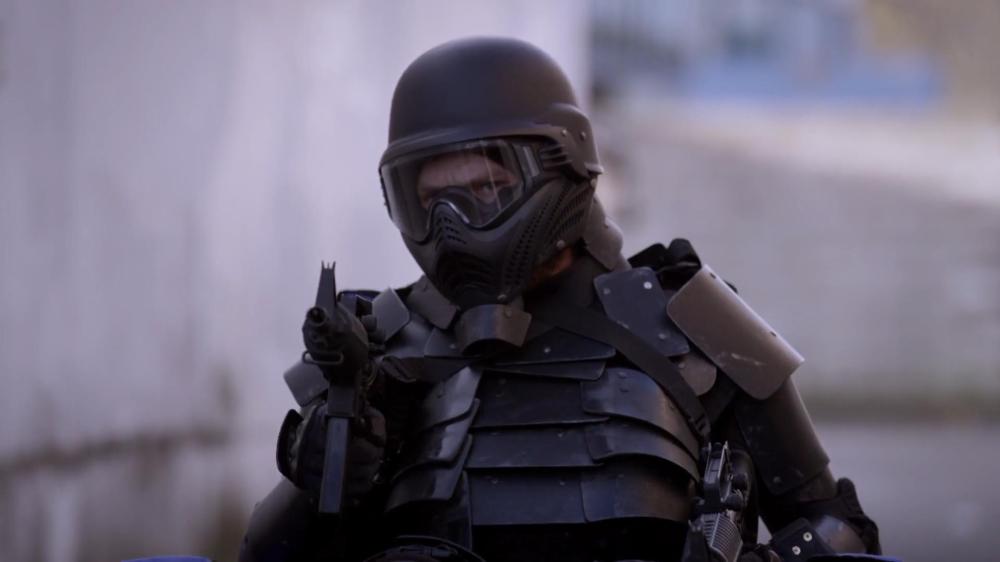 Brendan Fletcher as Bill Williamson is once again is the best part of the movie. I really hope he gets a lot of great work, because if there’s anything that the Rampage movies have done, it is that it showed off his talent. All the ham fisted monologues that he has to do, Brendan Fletcher elevates with his performance, which is honestly saying a lot. He is very believable and intense in this role and does very well at it. I can’t remember how the other actors did in their roles but I recall that they didn’t particularly stick out. There’s one person who did feel a little out of place, and that person is Uwe Boll. He does have a small cameo in the movie and he didn’t really fit in with the whole experience. He wasn’t terrible but he was a bit of a distraction, even if it was for a brief moment. It doesn’t help that during one monologue by Fletcher’s character, Boll comments that “he’s right”, shameless to say the least, considering that he wrote the movie. It also just makes the movie unsettling as to how Bill and ‘his’ (totally not Uwe Boll’s) messages are seen, and far from a good way. 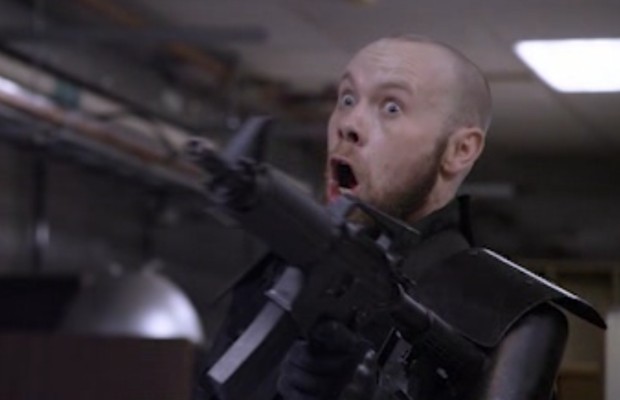 One improvement over the previous film is that it does have a smoother direction without too much shaky camera. It does use a ton of slow mo, especially when Bill is shooting people, there are times when someone gets hit and it goes into slow mo, seemingly even more gratatious than the first movie. The production design and the general look of the movie is not much better than the first movie, it does have a very amateurish vibe from it. The music is basic as well. 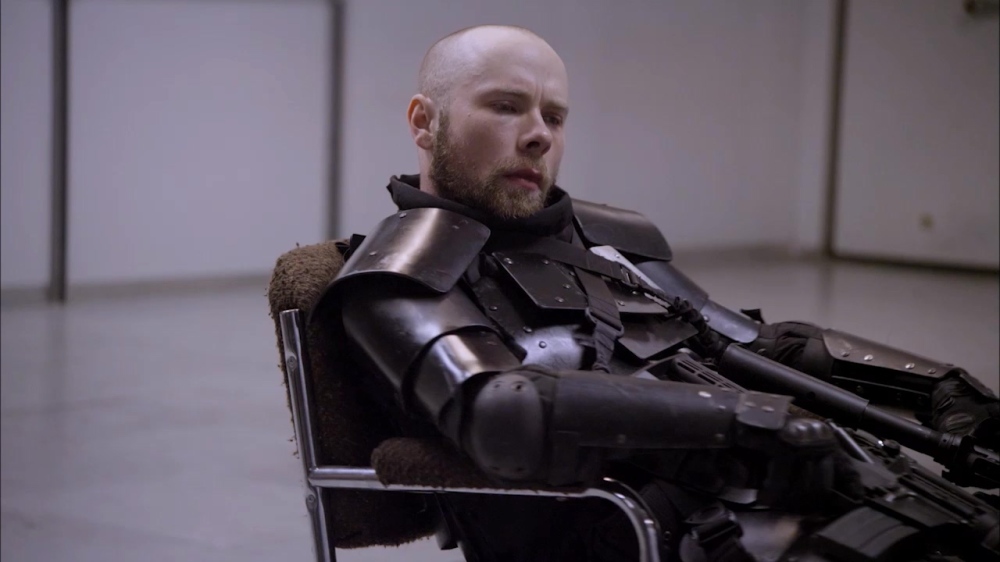 Whereas the first Rampage at least seemed to be balanced, Capital Punishment increases the monologues written personally by Uwe Boll and becomes a preachfest and it becomes really annoying and self indulgent. There’s pretty much no reason to watch Capital Punishment outside of Brendan Fletcher, who really does deserve better than Uwe Boll. I’m not looking forward to reviewing the third and final Rampage movie but I’ll be glad that it’ll be over.