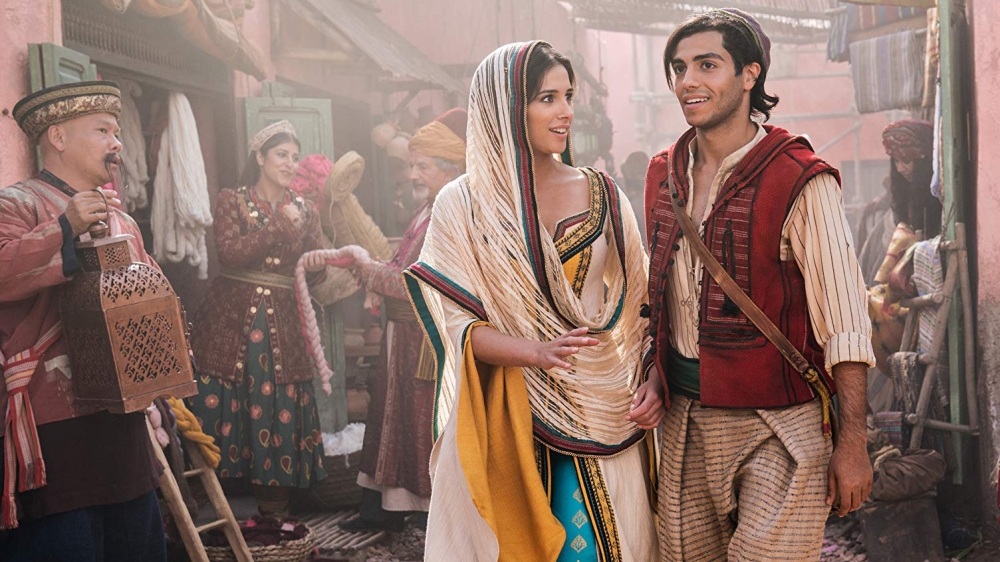 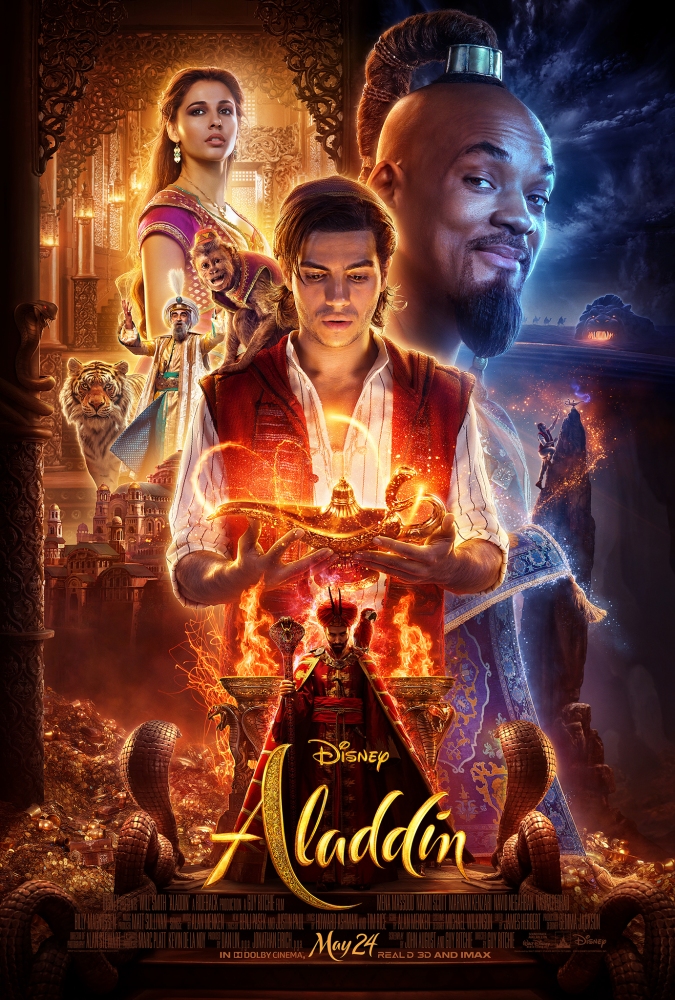 Aladdin (Mena Massoud) is a lovable street urchin who meets Princess Jasmine (Naomi Scott), the beautiful daughter of the sultan of Agrabah (Navid Negahban). While visiting her exotic palace, Aladdin stumbles upon a magic oil lamp that unleashes a powerful, wisecracking, larger-than-life genie (Will Smith). As Aladdin and the genie start to become friends, they must soon embark on a dangerous mission to stop the evil sorcerer Jafar (Marwan Kenzari) from overthrowing young Jasmine’s kingdom.

I missed 2019’s version of Aladdin in cinemas, and I’ve only recently caught up on. I really didn’t know how I would feel about it leading up to its release. I like Naomi Scott and Will Smith, and I’ve liked most of director Guy Ritchie’s movies I’ve seen. However certain parts of the trailers I weren’t really feeling, not to mention I’m not that hyped for live action Disney remakes in general, even if a couple are decent. It looked like it could be a real mess, but nonetheless I gave it a shot, and hoped that I would somewhat like. I was actually surprised at Aladdin 2019, it’s not anything great but it was quite entertaining. 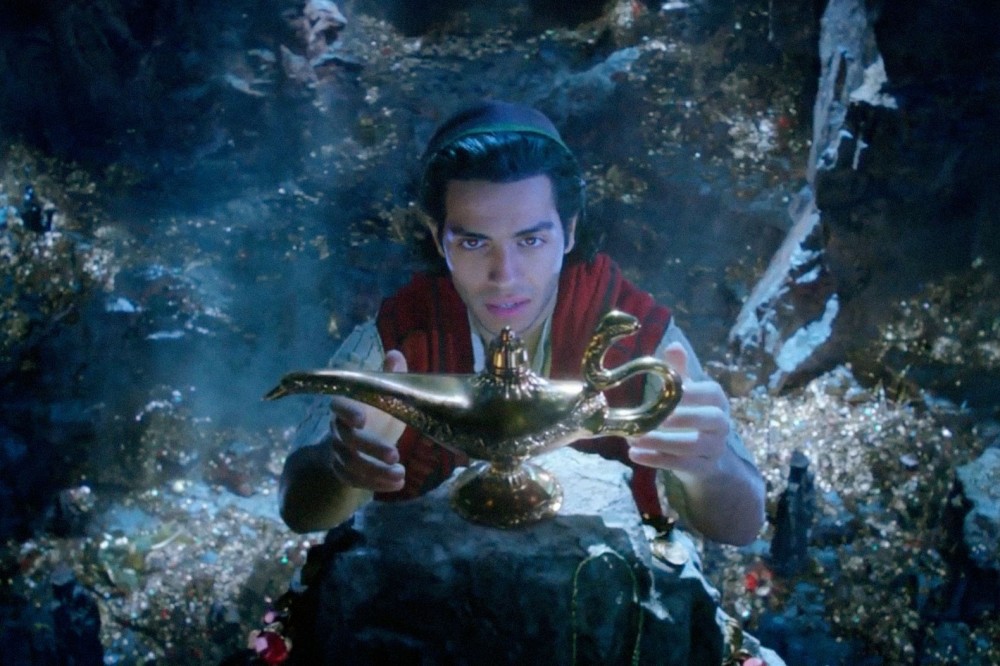 It’s been quite a while since I’ve watched the original Aladdin, so I can’t remember exactly how similar in plot the new movie is to the animated version. From what I can tell, largely plotwise it’s the same, however certain plot points and moments were handled differently. Having forgotten how the original movie did certain things, I don’t think I have a problem with how they handled the plot in this version of the story (except for maybe Jafar, which I’ll get to in a bit). It is a little long at 2 hours and 10 minutes. Not that it dragged or anything, just feels like it is a little stretched out. I think it’s like 50 minutes into the movie when Aladdin encounters the Genie for the first time. Maybe 5-10 minutes could’ve been shaved off the first act but it’s not a big deal. While it does some different things with the plot, it’s basically just the same plot, so there aren’t any surprises. So as the movie is progressing you’re just waiting for certain plot beats to occur. I’m not quite sure I’d call the movie ‘soulless’ (like most of the other Disney remakes have been called), but that let’s just say I was mostly just watching the movie go through the motions and wasn’t actually invested in the story. 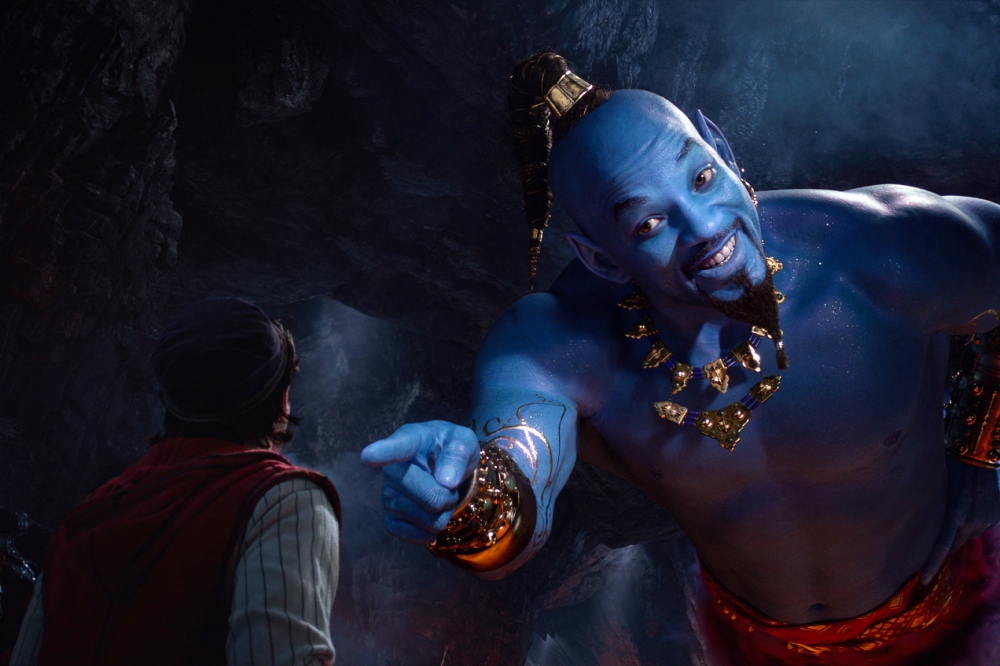 Mena Massoud plays Aladdin and he did a pretty good job in his role. Same goes for Naomi Scott as Princess Jasmine, her singing was particularly good (they even give her a new original song for her to sing, that wasn’t in the original movie). Following Robin Williams’s work in the original Aladdin as The Genie is not easy by any means, he’s solidified that as one of the best animated voice performances. Will Smith however managed to have his own take on the iconic character, which was really the only thing that he could’ve done. He’s by far the standout in the whole movie and he improves every scene that he’s in. Even though I like other aspects of the movie as well, I really don’t think I would’ve liked this movie as much without Smith’s Genie. Probably the weakest link of the main cast however is Marwan Kenzari as Jafar. I don’t think it’s necessarily his acting ability that’s the problem. He’s much less over the top in this version, and instead they try to have a much more serious take, which is fair enough, they actually went all in instead of having a half measure of both the original and the new take. With that said it didn’t really work out, he’s not threatening, he’s not interesting, he’s not memorable, he doesn’t even convey any kind of presence at all. Whenever he came on screen, he just seemed like some random guy who I guess was the villain, rather than the powerful and dangerous Jafar. Supposedly there’s going to be an Aladdin sequel based on the sequel to the original animated movie titled Jafar’s Return. If that’s the case, then they are going to need to change a lot with this version of Jafar in order for him to make it work, because after seeing him in this movie, it doesn’t sound appealing at all. 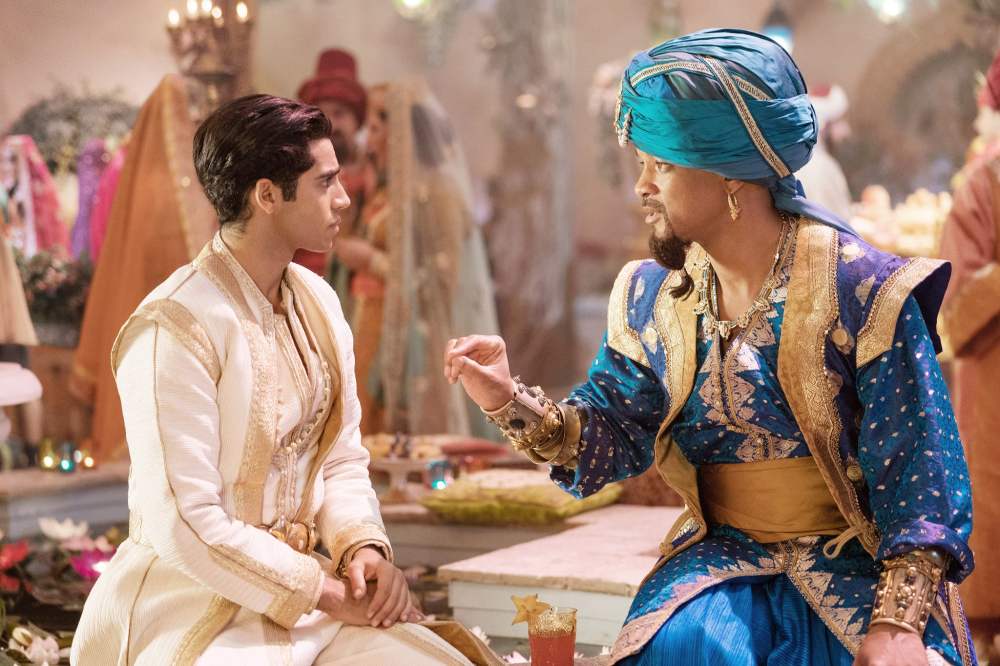 I generally like Guy Ritchie and most of his work here is pretty good, definitely not one of his best movies though. The visuals are bright and overblown, which could be too much for some people, but I’m at least glad that they went all out instead of just replicating exactly what the animated movie did. The CGI mostly worked, but occasionally it had some really fake looking moments. Whenever it came to the Genie however, the CGI actually worked really well, and complemented Smith’s performance nicely. The editing could be a little off at certain points, especially near the beginning. There’s a chase scene that also had some singing and it was really rough. Thankfully the direction of the singing scenes improved later on. The singing itself was mostly fine, though most of it really sounded like it was autotuned and that really took me out of it. 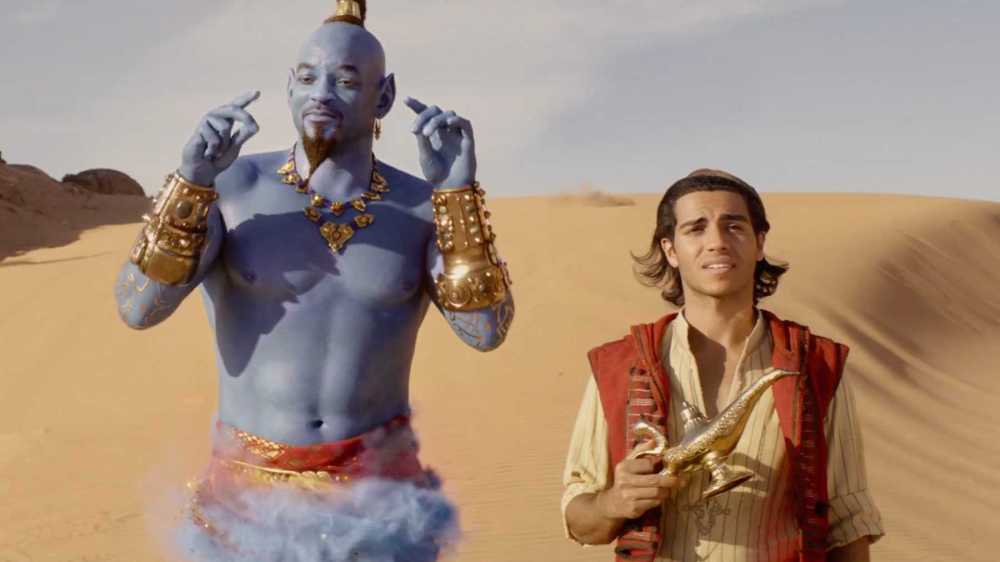 Aladdin 2019 was pretty decent, although it’s got its issues, it’s entertaining, and Smith, Massoud and Scott worked well in their roles. I’m still not on board with these Disney Animated remakes, and just the very idea of them still feels like soulless cash grabs to me. I will say though, at least with Aladdin, they attempted at changing some aspects to have an ‘updated’ take on the story, even if it doesn’t completely work. If you’re the least bit curious, check it out, but if you’ve hated all of Disney’s live action remakes, then Aladdin isn’t going to change your mind.