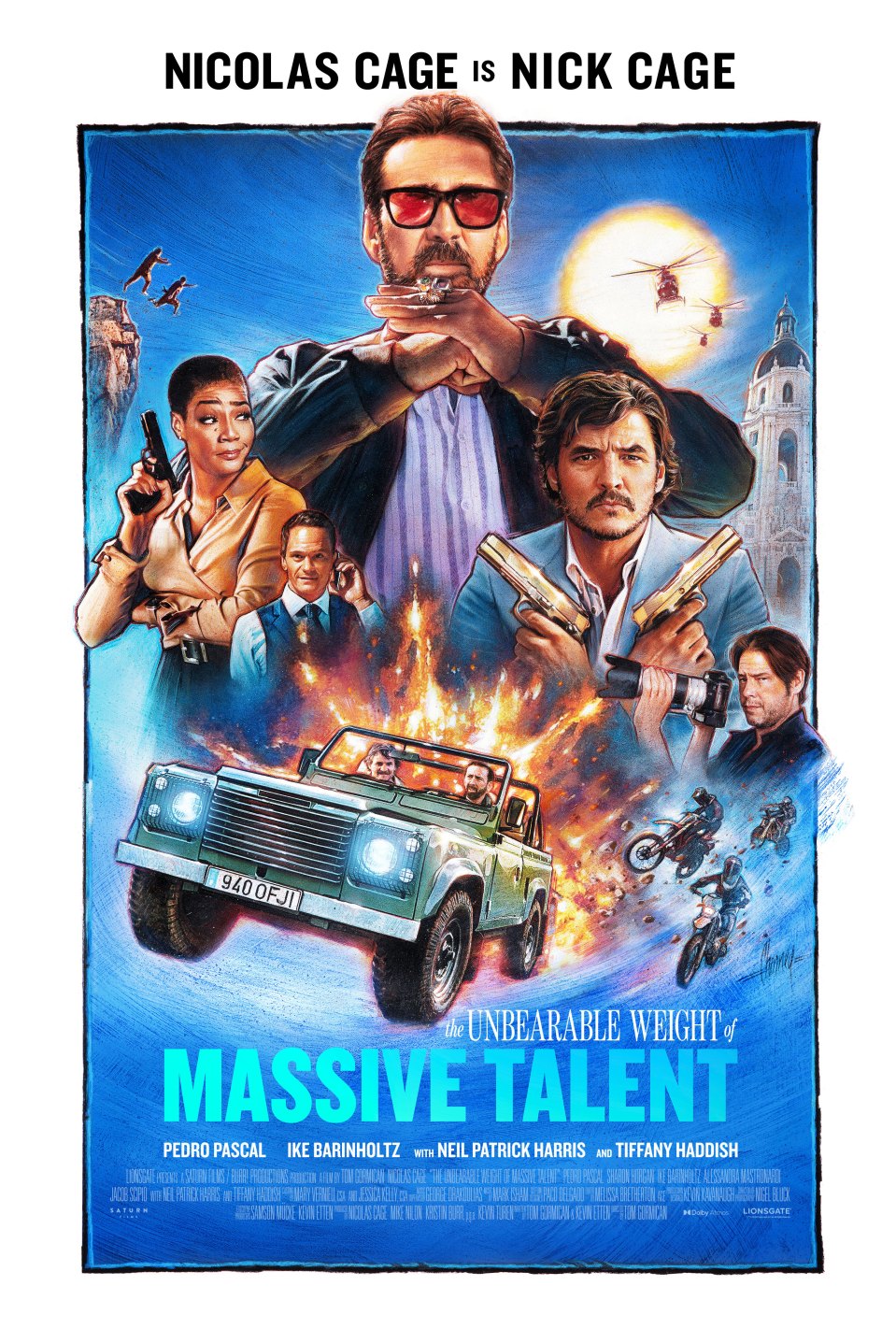 Unfulfilled and facing financial ruin, actor Nick Cage accepts a $1 million offer to attend a wealthy fan’s birthday party. Things take a wildly unexpected turn when a CIA operative recruits Cage for an unusual mission. Taking on the role of a lifetime, he soon finds himself channeling his most iconic and beloved characters to save himself and his loved ones.

I was looking forward to The Unbearable Weight of Massive Talent ever since it was announced. The prospect of Nicolas Cage playing himself was always going to have my attention, no matter how it turned out. I will admit that I was a little worried, despite the exciting premise, it sounded like it could easily fall into easy meta humour and Nick Cage throwbacks and nothing else. However, I was satisfied with the movie and really enjoyed it.

With Nicolas Cage’s reputation and following, The Unbearable Weight of Massive Talent could’ve easily been a mockery of him but its actually a love letter and genuinely respects him. There are plenty of references to him and his movies, even his more obscure films. It could’ve been a mess, but it was the right amount of meta.  Thankfully, it does try for more beyond its outlandish premise. While the plot is definitely very familiar and nothing special, it is surprisingly heartfelt, whether it is Cage and his family or Cage and Pedro Pascal. It does feel like a lot of love was put into it, and it has a charm to it. The character moments in the first two acts really work, and as a buddy comedy, I found it consistently entertaining and funny. With that said, it is very typical and by the end becomes a cliché filled action movie. It is self-aware and makes jokes about cliches in Hollywood movies but falls into many of those cliches at the same time. The third act is particularly conventional, even if it still entertains. You could say that the movie is slightly unhinged, but not as unhinged as you’d imagine it to be given its subject. It does play things fairly safe, beyond the meta nature of the movie and Cage imagining a younger version of himself, it’s not that wild.

First and foremost is Nicolas Cage playing one of his hardest roles yet… Nicolas Cage (known as Nick Cage in the movie). It was quite something seeing Cage portray a fictional version of himself, yet one that still draws from his real life and persona. It is interesting watching Cage reflect on his career and the choices he made. He delivers on the comedy greatly and as you would expect has some satisfying over the top moments that you’d expect and hope from him. But he was also good at delivering on the drama at heartfelt moments, especially with his strained relationship with his daughter. There’s also Pedro Pascal playing the role of the mega fan of Nicolas Cage who offers him $1 million to appear at his party. Pascal is quite fun to watch and plays his part perfectly. Cage and Pascal have fantastic chemistry, they are delightful together and have wonderful comedic timing. Amongst all the great parts of the movie, their dynamic was the highlight for me. Additionally, other actors like Sharon Horgan, Lily Mo Sheen, Tiffany Haddish, and Ike Barinholtz are also good and play their parts well. 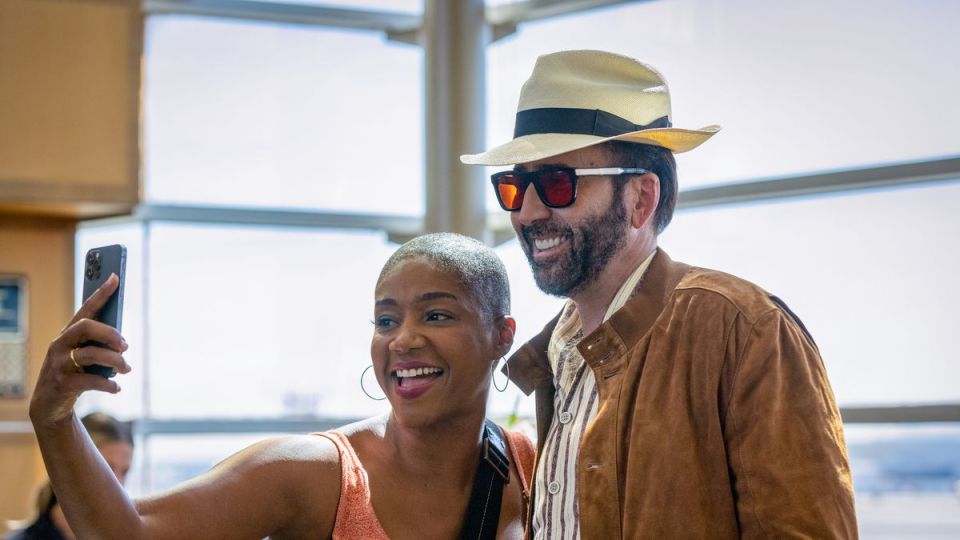 The movie is directed by Tom Gormican and his work isn’t that special, but it functions for this movie. The visuals are good, and it takes advantage of its locations well. The action isn’t spectacular but is decent enough. There is some CGI de-aging with Nicolas Cage’s alter ego Little Nicky who he imagines (based off a younger Cage specifically from his infamous Terry Wogan interview appearance). While the visual effects on him look very off especially when he’s on screen right next to present day Cage, the uncanny valley nature of it actually works for the movie.

The Unbearable Weight of Massive Talent was thoroughly enjoyable. While it is unfortunately quite conventional considering that it is a movie about Nicolas Cage playing himself, it is entertaining and funny, and a good tribute to him. If you are a big fan of Cage, then I highly recommend checking it out. Even if you aren’t a mega fan, I think there’s a lot of fun that you could have with it.