Guy Ritchie is a director that I’ve noticed some people are a little mixed on, however most people can agree that his gangster movies are great (or at least his best work). His first movie Lock, Stock and Two Smoking Barrels definitely established him as a director to pay attention to. However, Snatch showcased the best of Guy Ritchie’s talents more than any of his other films. His writing and direction are just on point here to deliver on creating a great movie, made even better by the performances. 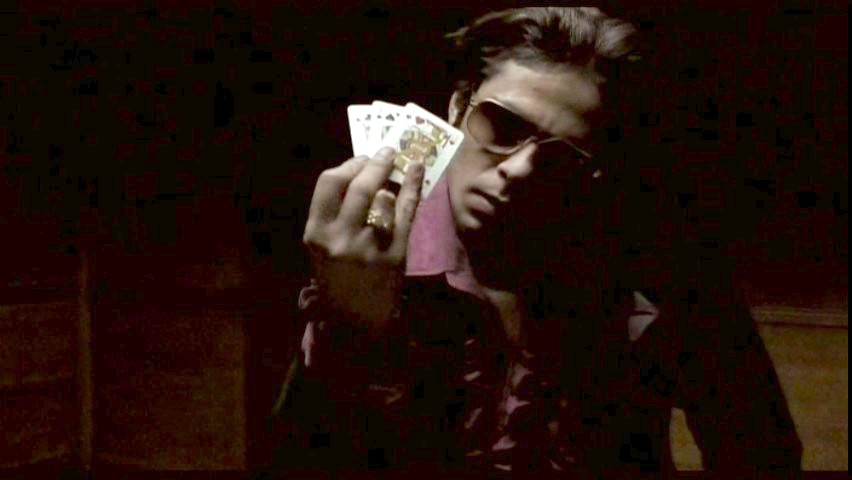 Guy Ritchie’s writing has never been better than with here. Snatch has a ton of characters with multiple intersecting storylines, and while I remember not being able to follow everything when I first saw it, on a second viewing I can say that they are all weaved together really well and the whole thing doesn’t feel messy or convoluted at all. The comedy here is really great, it’s a hilarious movie, and on the second viewing there was a ton of things I picked up that time. Snatch has some really witty and clever dialogue, so much of it is quotable as well. At an hour and 45 minutes long, it’s really entertaining throughout.

With the large amount of characters, there is a long cast list, but there’s some standouts. If there’s a lead character in this movie, it would be Jason Statham, giving one of his best performances. Statham is known for his action roles but he really excels here in a different role. Brad Pitt steals every scene he’s in as an Irish boxer. You’re definitely going to need to watch this movie with subtitles, because he does this very hard to tell accent (according to people who use this accent though, Pitt nailed it). The other memorable characters include Alan Ford as a ruthless gangster, Rade Šerbedžija as a Russian arms dealer, Vinnie Jones as a bounty hunter, Benicio Del Toro as a professional thief and gambling addict and Dennis Farina as a gangster-jewler. Really everyone does a great job in their roles.

Guy Ritchie’s direction was really good for Lock, Stock and Two Smoking Barrels, but he perfected it with Snatch. The whole movie is very stylised, however it’s done in a way that genuinely works and it’s edited perfectly. There are plenty of quirky crime comedies that try so hard to be stylish and fail, chances are they tried to replicate what Ritchie did with Snatch and Lock, Stock and Two Smoking Barrels.

Snatch is definitely Guy Ritchie’s best movie. The style and direction that he brought to this film, as well as his exceptional writing just made the whole movie entertaining and hilarious from start to finish. On top of that, the talented cast play their unique and memorable characters perfectly. If you love entertaining, hilarious and stylised crime movies with dark comedy, Snatch is definitely a must see for you.

Officer K (Ryan Gosling), a new blade runner for the Los Angeles Police Department, unearths a long-buried secret that has the potential to plunge what’s left of society into chaos. His discovery leads him on a quest to find Rick Deckard (Harrison Ford), a former blade runner who’s been missing for 30 years.

Blade Runner 2049 was one of my most anticipated films of 2017. It’s a sequel to a sci-fi classic 35 years in the making and it has some talented actors involved with big names like Ryan Gosling and Jared Leto. But most of all, Denis Villeneuve is directing, and he has made some excellent movies, with them being some of the best films of their respective years (Prisoners, Enemy, Sicario and Arrival). So naturally I was curious about how it would turn out. Blade Runner 2049 truly surpassed my expectations, with the direction, acting and story, it blew me away. This isn’t just the best movie of the year and one of the best sequels of all time, I might also go so far as to call it a masterpiece.

I really can’t reveal too much about this movie, I can’t even really talk about what this whole movie is about as there’s so many plot points which could be considered spoilery (thankfully the trailers don’t contain any spoilers either). So I’ll do my best to not give away too much. You don’t necessarily need to have watched the original Blade Runner to understand what’s going on, but it is a bonus for those who have, you’d be more familiar with this world and be able to understand more about what’s going on (and you’ll have a better experience overall). This movie really is a continuation of the original Blade Runner story, its not been modernised or re-energised to appeal to a conventional movie audience, which I love. The script was written by Hampton Fancher and Michael Green and the story is really great, exploring interesting new ideas while delivering a very compelling story. Doing a sequel to Blade Runner isn’t easy, you have to make it true to the original but at the same time deliver its own story and not try to just repeat what was done previously. It also must expand on the world built on from the original film and also be a good as a film in itself while not end up being just a setup for more potential sequels. This story thankfully hits all the right notes and the story is incredible. It does have some ambiguity and some questions that aren’t necessarily answered by the end but that could possibly be left to the audience’s interpretation as to what the answers are. That’s all I’m willing to say about it. This movie is longer than the original, with it being around 2 hours and 45 minutes long and while I definitely felt the runningtime, I was glued to what was going on every second. Don’t expect it to be a fast sci-fi flick like the trailers may have pitched it as, this is still a neo-noir mystery science fiction film. With that said, the pacing is handled much better than the original, while it is quite slow in its pace, every moment seems like it matters. It doesn’t ever have moments that seemed to drag on for no reason like the original film. As someone who likes but doesn’t love the original Blade Runner, I thought 2049 was better. Make of that what you will. 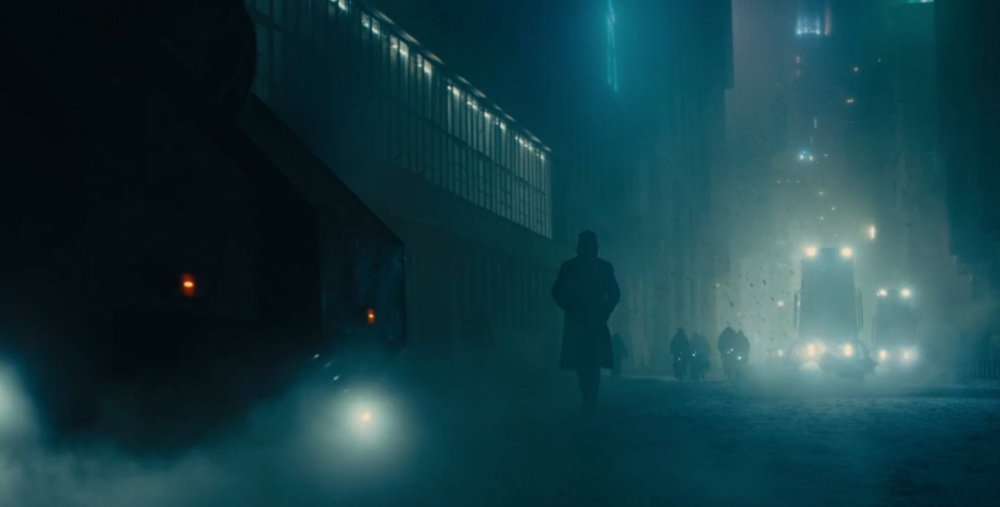 Blade Runner 2049 has a great cast, the characters they played were fascinating and they were cast perfectly. Ryan Gosling is once again great, here he plays Officer K, the main character who’s a Blade Runner. Gosling plays every scene perfectly, especially when he’s learning all this new information, he can convey so much with just a single look with no dialogue at all. Make no mistake, this is really K’s story and Gosling was the perfect actor for this role. Harrison Ford is very much a supporting role in this movie but he does have an important role in the story, and Ford does some of his best acting ever. More supporting actors with Ana De Armas, Sylvia Hoeks, Mackenzie Davis, Robin Wright, Dave Bautistia and Jared Leto all are great. All stand out with their unique characters, and that’s all I’m willing to say in a spoiler-free review. Without naming specific people, I would’ve liked to have seen more of them but they all served their purpose to the story well.

Denis Villeneuve is the director of Blade Runner 2049 and as I said previously, his previous work on film has been remarkable, 2049 is no exception. Everything from the visuals, to the lighting to the sound and the camerawork is pure cinematic genius. There is so much attention to detail, there’s nothing out of place. This is among Villeneuve’s best work, along with Arrival and Prisoners. This is hands down the best looking movie of 2017. Cinematographer Roger Deakins does incredible work here and deserves so much praise. This film looks so beautiful, it feels like a lot of the movie weren’t using CGI, and everything looks amazing. There isn’t much in the way of action but whenever its on screen its good. The score by Hans Zimmer and Benjamin Wallfisch is also great, at times it feels like the original Blade Runner soundtrack and overall fitted the film incredibly well.

Blade Runner 2049 is so far the best film of the year, and with already some incredible movies released in 2017 that’s saying a lot. Denis Villeneuve and his talented cast and crew has created an incredible sequel that surpassed the original in every way. It stands on its own as a masterpiece of sci-fi, I guarantee that decades from now its going to be a classic film that ages well. When it was announced, a sequel to Blade Runner was called one of the worst ideas to ever be made. After seeing 2049, I have to say that it was one of the best ideas ever made. Avoid any spoilers, avoid really reading or watching anything relating to this movie and see it as soon as you can. Also watch it on the biggest screen possible. You won’t regret it.