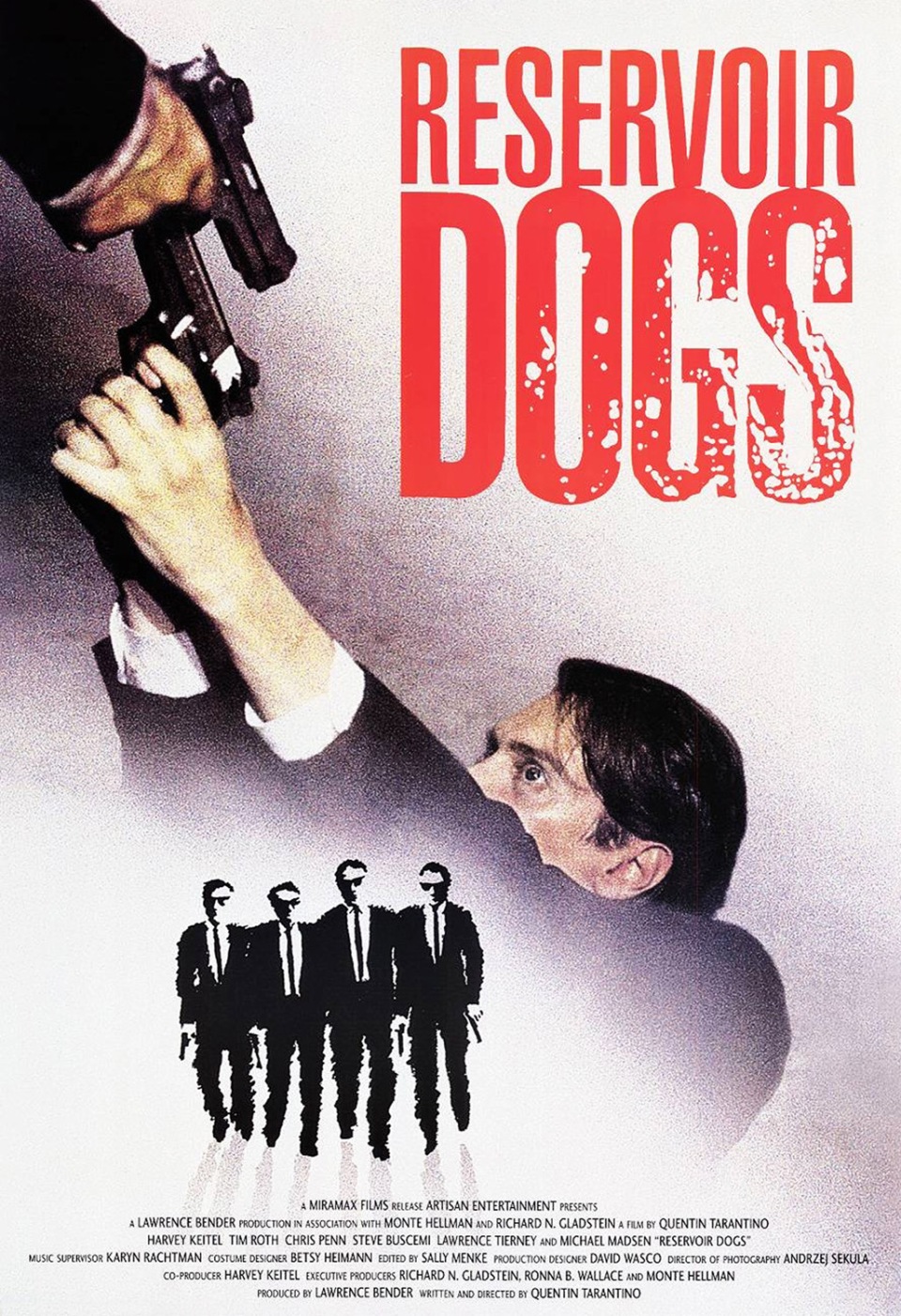 Six criminals, who are strangers to each other, are hired by a crime boss, Joe Cabot (Lawrence Tierney), to carry out a diamond robbery. The six strangers are Mr. White (Harvey Keitel), a professional criminal; Mr. Orange (Tim Roth), a young newcomer; Mr. Blonde (Michael Madsen), a trigger-happy killer; Mr. Pink (Steve Buscemi), a paranoid neurotic; Mr. Brown (Quentin Tarantino); and Mr. Blue (Edward Bunker). Right at the outset, they are given false and are completely sure that the robbery is going to be a success. But, when the police show up right at the time and the site of the robbery, panic spreads amongst the group members, and one of them is killed in the subsequent shootout, along with a few policemen and civilians. When the remaining people assemble at the rendezvous point, they begin to suspect that one of them is an undercover cop.

With Reservoir Dogs, Quentin Tarantino established himself as a director to keep an eye out for. His excellent dialogue with the well rounded cast and even the bloody violence makes this an absolute classic.

Quentin Tarantino movies are often driven by dialogue. Sometimes, some of the dialogue doesn’t have much to do with the plot but it doesn’t feel forced; it actually makes the dialogue even better. In the first scene we don’t really hear anything about the heist; instead we hear the main characters talk about what Madonna’s “Like a Virgin” is about and a debate about tipping. The only other writer I can think on the top of my head who has managed to do this is Martin McDonagh. It is also one of the best heist movies despite not even showing the heist. The film shows the events before and after the heist and are presented and written so well, the audience doesn’t need to see the heist in order to get a picture of what happened; the majority of what happened is conveyed through dialogue. It’s also not always placed in chronological order; some of the scenes are mixed around in time.

The film has a huge cast which consists of Harvey Keitel, Tim Roth, Steve Buscemi, Michael Madsen, Chris Penn, Laurence Tierney and a cameo by Quentin Tarantino. All the actors are great but the two stand outs are Steve Buscemi and Michael Madsen; both of them were absolute show stealers. Michael Madsen in particular has a scene involving the song ‘Stuck in the middle with you’ by Stealers Wheel, which is probably the most famous (or infamous) scene in the movie; it was reminiscent of A Clockwork Orange’s use of “Singin’ in the Rain”. The actors really played off each other well and delivered the dialogue greatly.

The film is well shot; the cinematography is often overlooked due to the excellent writing and dialogue. While not mind-blowing, the cinematography is good, same goes for the editing. This movie also showed another thing that Tarantino would be using for a lot of his movies; a lot of blood and gore. Some people have argued that the violence is unnecessary but I think it was well done and used. The music is absolutely great and is picked right for the moment; a great example is again “Stuck in the Middle with you”.

Reservoir Dogs is one of Quentin Tarantino’s best movies. It isn’t for everyone; I can see that, mostly because of the level of violence. But if you think you might like it or if you are a Tarantino fan, who hasn’t seen this movie yet, go see it as soon as you can, you won’t be disappointed.