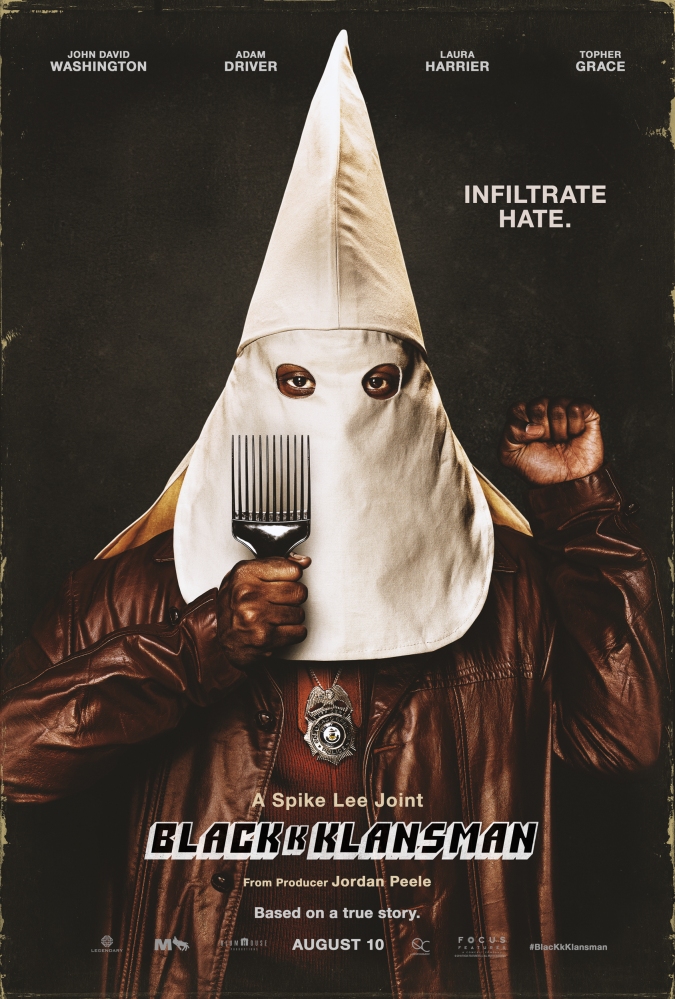 BlacKKKlansman is a movie I had been hearing about for a while: a black police officer successfully infiltrates the KKK is definitely a memorable premise with potential. With that premise and Spike Lee helming it, it looks like it could be something fantastic, and it certainly is that and more. However it still surprised me at how phenomenal it turned out to be. Excellent in its writing, acting and direction, BlacKKKlansman is entertaining, masterfully done and really is an essential viewing, and one of the best films of 2018.

I was entertained and interested in BlacKKKlansman. As far as accuracy goes, while I’m not certain, from what I can tell I think most of it is accurate, save for certain aspects that have been changed (like Laurie Harrier playing a character based on multiple real people) to benefit the movie overall. This movie does have a lot of comedy, as to be expected with a premise about a black man infiltrating the KKK. One of the best things about BlacKKKlansman is that it knows how absurd and insane it is, it pokes fun at the things that happened (such as the fact that the lead character, Ron Stallworth used his own name when contacting the KKK instead of using a fake name). However at the same time it takes things very seriously. The scenes of tension, mostly consisting of whether or not the KKK will realise that they have been duped, are really done well. One criticism that I know a lot of people will have is the lack of any subtlety. Spike Lee is known for not being the most subtle of directors, and BlacKKKlansman is not really any different, however I do think it really works very well here. A lot of the absurd things that happens, really did happen, so it’s not like Spike exaggerated a ton of stuff for entertainment or anything. Also, it’s impossible to be subtle about a lot of what happens here, especially with everything that has been going on nowadays. And in case you haven’t figured it out earlier, yes, BlacKKKlansman is a very political movie, there’s a reason why this movie was released a year after Charlottesville. There are reminders throughout the movie amongst the comedy that what happened here is real and it’s not afraid to delve deep into the unpleasantness of what happened/is happening. There are some direct references between what happens here to what happens in present day, no a lot of them aren’t subtle but it’s hard to be subtle with all this. The ending is going to be a topic of discussion, without delving deep into it (it’s not really a spoiler), it connects things to real life. A lot of people are not going to like it but even though you could cut it out and the movie would still work, I feel it was warranted because it takes you right back to reality in an incredibly sobering way. It leaves you with an absolutely shocked reaction, reminding you that no matter that Ron Stallworth duped the David Duke and how fun the ride was watching it, we aren’t done with racism and bigotry today. BlacKKKlansman is sure to provoke a lot of controversy and discussion.

John David Washington plays Ron Stallworth, and he did a great job. He has such a great amount of charisma (yes there are times where you can really see a lot of his father Denzel in him) and gives everything to this role. One interesting aspect is when it comes to him being a cop and black at the same time, and how that can result in some conflicts sometimes. This is particularly apparent when it comes to his interactions with Laurie Harrier, who is also good in her role. Harrier plays an amalgamation of different people but in the movie she’s the president of the black student union, and there is a bit of conflict between them regarding cops, because of course with racist cops abusing black people, and it was an interesting dynamic to watch. Also, the film doesn’t give a definite answer whether black people being cops is right or not, it shows the debate and allows the audience to decide for themselves. Adam Driver is also good as the white police officer who meets with the KKK in person acting as Ron Stallworth, who’s more reluctant to get involved with it than Ron. Driver proves himself to be once again one of the best actors working today. Topher Grace plays David Duke, the grand wizard of the KKK and you don’t see a ton of him but he was great. He seems so unassuming and seemingly charismatic on a surface level, yet he is shown to be clearly reprehensible. Portraying such a person is not easy and as uncomfortable as it was, Grace pulled it off really well. The other Klansman members, played by actors like Jaspar Pääkkönen, Ryan Eggold and Paul Walter Hauser are also great in their roles. Other actors like Michael Buscemi and Corey Hawkins are also good in their roles as well.

Spike Lee really does a fantastic job at setting the movie in the time period, with the costumes, production design, locations, music and more, the movie feels right in the late 70s. His style, direction and the editing really added to this movie incredibly well, and that shouldn’t be overlooked. The editing in particular should be praised, it led to some great sequence. For example there is one instance where they cut between scenes of the KKK and the black rights movement in the third act and it was really effective and impactful. 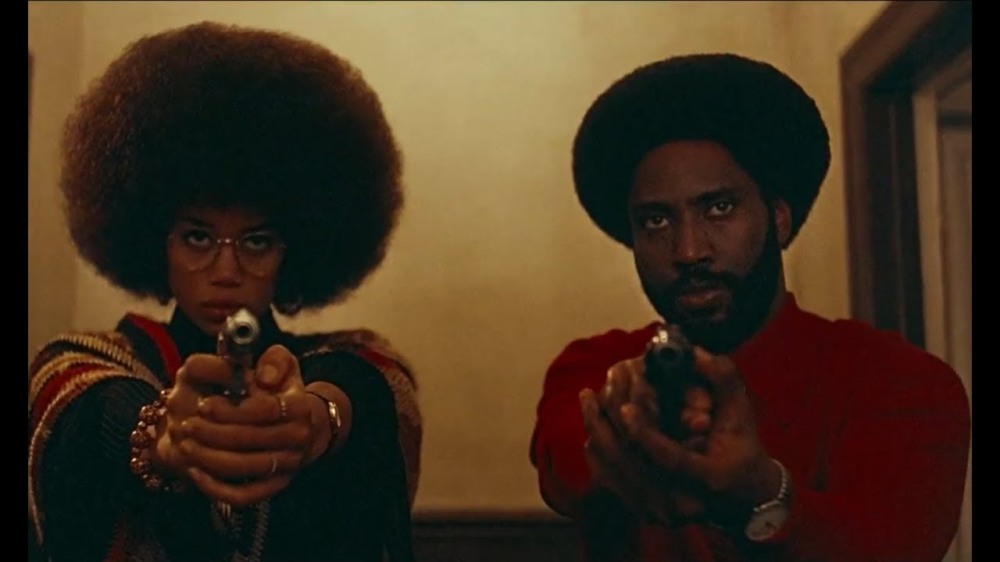 BlacKKKlansman is funny, shocking, important, entertaining, gripping, and all around fantastic. All the acting, direction and writing come together to bring a great movie and one of Spike Lee’s best (and that’s a lot considering some of the films that he’s made). BlacKKKlansman is not just one of the best movies of 2018, it might actually end up being the best so far.