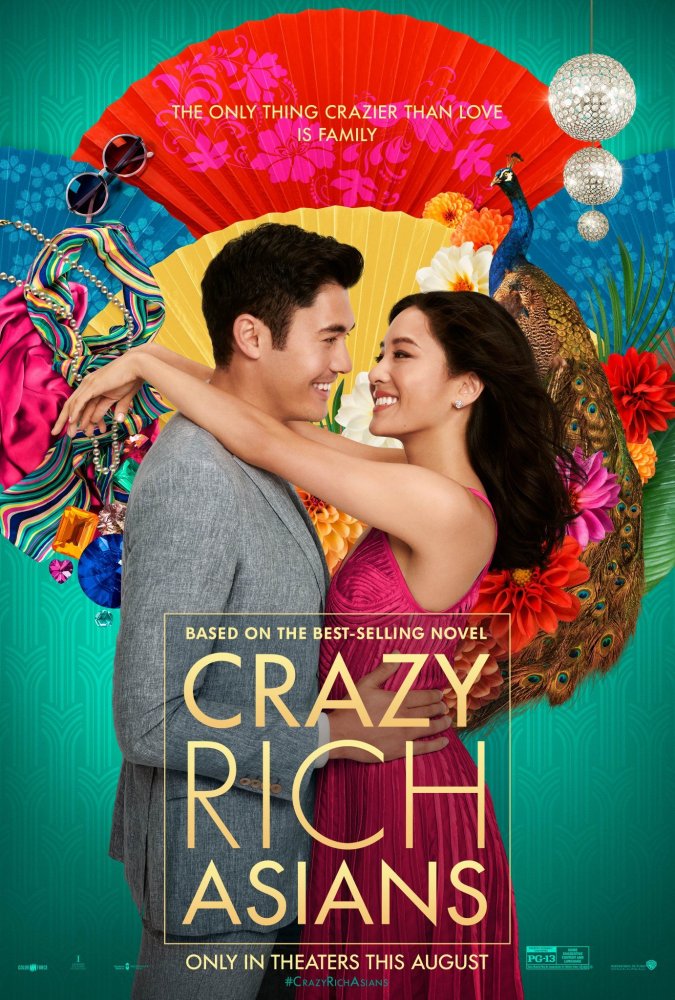 Rachel Chu (Constance Wu) is happy to accompany her longtime boyfriend, Nick (Henry Golding), to his best friend’s wedding in Singapore. She’s also surprised to learn that Nick’s family is extremely wealthy and he’s considered one of the country’s most eligible bachelors. Thrust into the spotlight, Rachel must now contend with jealous socialites, quirky relatives and something far, far worse — Nick’s disapproving mother (Michelle Yeoh).

Crazy Rich Asians was a movie I had been hearing about for some time. Romantic comedies are probably one of my least favourite genres of movies but some of them are great like 500 Days of Summer and The Big Sick. Obviously one of the things that stood out about this movie is that it has a mainly Asian cast and done by a major studio, and so I was interested in checking it out. Crazy Rich Asians is a pretty solid romantic comedy that can feel very familiar to other romantic comedies. However it is definitely something significant for representation, is quite funny, has a lot of heart to it and it is definitely worth checking out. 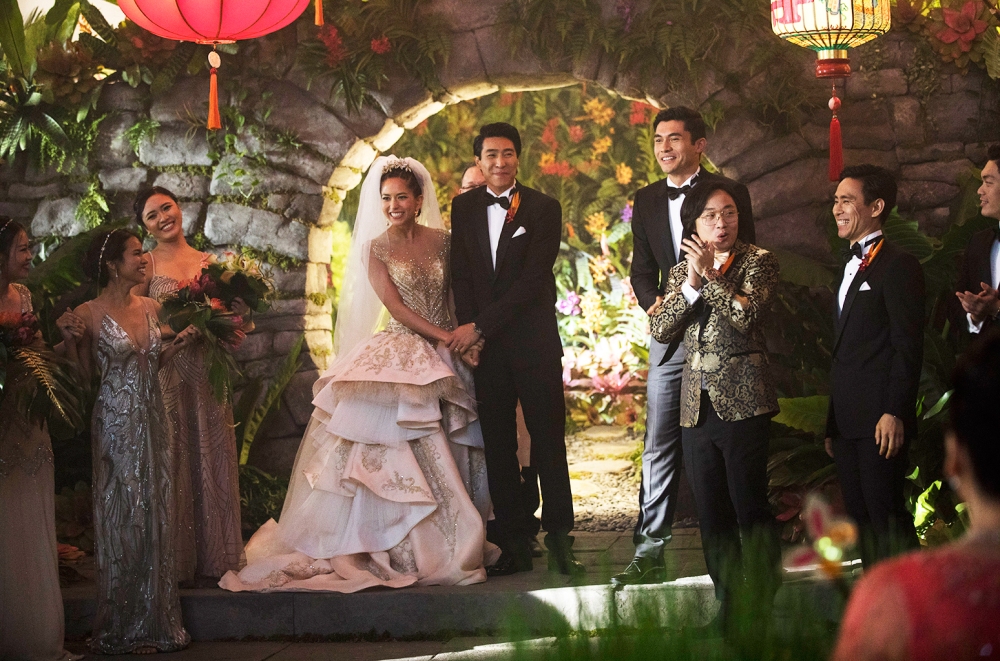 Crazy Rich Asians is actually based on a book of the same name (which was also followed by two sequels), however I haven’t read it so I can’t really say how the film adaptation differs from the novel. Like I said, this is a romantic comedy, and a lot of the tropes associated with romantic comedies are present here. It’s also not one of the more unpredictable romantic comedies out there and doesn’t really do anything too differently from others (outside of the different culture). Even with a different setting and maybe slightly different characters, it does still feel very familiar a lot of the time. On top of that, I will admit that the first half is nothing too special but decent and it’s the second half is where it picks up. It is genuinely heartfelt however, especially towards the third act. It’s also quite funny (as to be expected) and the dialogue is really good. At 2 hours it does feel a little overly long, I’ve only seen the movie once and I can’t pick any particular scenes to cut out, but there is definitely a length or pacing problem. It’s probably why the film improved in the second half, at that point it picked up in the story a lot.

The whole cast are great in their roles. Constance Wu and Henry Golding are likable as the leads and share some very strong chemistry. Other actors like Michelle Yeoh, Gemma Chan, Awkwafina (she in particular is a standout here) and others do great work as well.

Director John M. Chu hasn’t done a lot of great work, the only other film of his that I’ve seen was Now You See Me 2, but he also directed Step Up 2, Step Up 3, Step Up Revolution, GI Joe Retaliation and Jem and the Holograms. However, I think he did a solid job with Crazy Rich Asians. One thing that Crazy Rich Asians really does well is show off the culture really well, from the locations, the music, the food (so much food), all the culture is on display and I’m glad that they really took advantage of that for the movie. The only bad aspect of the direction was that there was one scene early on involving texting/social media with this weird editing and visual effects which really felt out of place from the rest of the movie. You’ll know which one it is and it really stands out but it’s a minor issue nonetheless.

Crazy Rich Asians is funny and heartfelt and worth watching. It’s second half is better than the first, and it’s not that different from other romantic comedies (falling into many of the same tropes and clichés) but overall it’s still good. It’s also undeniably significant with all the representation. I’m glad to hear that there is a sequel in the works already, and I’m on board for it.

A polar bear of many words, Norm’s greatest gripe is simple: there is no room for tourists in the Arctic. But when a maniacal developer threatens to build luxury condos in his own backyard, Norm does what all normal polar bears would do he heads to New York City to stop it. With a cast of ragtag lemmings at his side, Norm takes on the big apple, big business and a big identity crisis to save the day.

I heard plenty of horrible things about Norm of the North, I however had some morbid curiosity and wanted to check it out. After viewing it I can say that Norm of the North is not only one of the worst movies of the year, it is also one of the worst movies I’ve ever seen. It was painful within the first 5 minutes, and this movie is 90 minutes long. It’s honestly hard to imagine how this film ended up being shown in theaters, with the poor writing and atrocious animation.

I know that this film is a kids movie but I don’t even think kids would be able to enjoy this. This movie is not interesting at all. It tries to express a forced message about protecting the environment but the film is so distracted by attempting to be funny and it’s very hard to care about what’s going on. Plenty of things don’t make sense in the movie. For example, the corporation wants to build houses in the arctic, which no one in their right mind would actually do. Also, when Norm is in the city, most people think that he’s just a human in a Polar Bear costume, it’s actually astounding. There are countless moments with unbelievably horrendous decisions. Also the humour in this movie is so terrible. Childish humour, including piss jokes and even in one instance a gay joke. And the film thinks it’s funny, for example there’s a moment where the Lemming characters take a leak in a fishtank and it lasts at least 30 seconds, it’s like the filmmakers assumed that what they did was hilarious. None of the jokes were funny at all, it was just loud noise. There’s so many things wrong with this movie. A combination of script faults and the cringe comedy made this film absolutely painful to sit through. 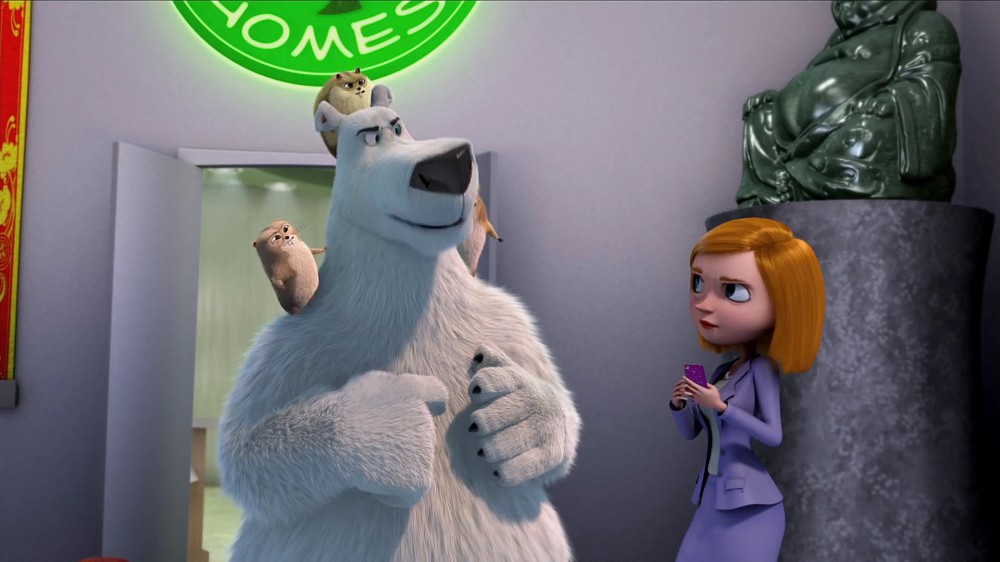 There’s not much to like about Norm as a character. He’s got little to no characterisation and is so basic. Oh, and he’s also voiced by Rob Schneider, just to make matters worse. A lot of the characters were entirely pointless, not adding to the film that much. The villain was an over the top business guy that have been seen in countless other films. Also, this film has little Lemmings as the comic relief, they were like the minions in Despicable Me except they were somehow worse, they got annoying really quick.

Even though the writing is horrendous, the thing that gets me the most is that the animation was horrible, it makes me wonder how a movie this badly animated made it into the cinemas. The character designs were so lazy and simple, they are just so uninspired and uninteresting, both for animals and humans. Also, the movements are so unnatural and weird, especially from the villain, who often looks like he’s going to turn into Mr Fantastic. 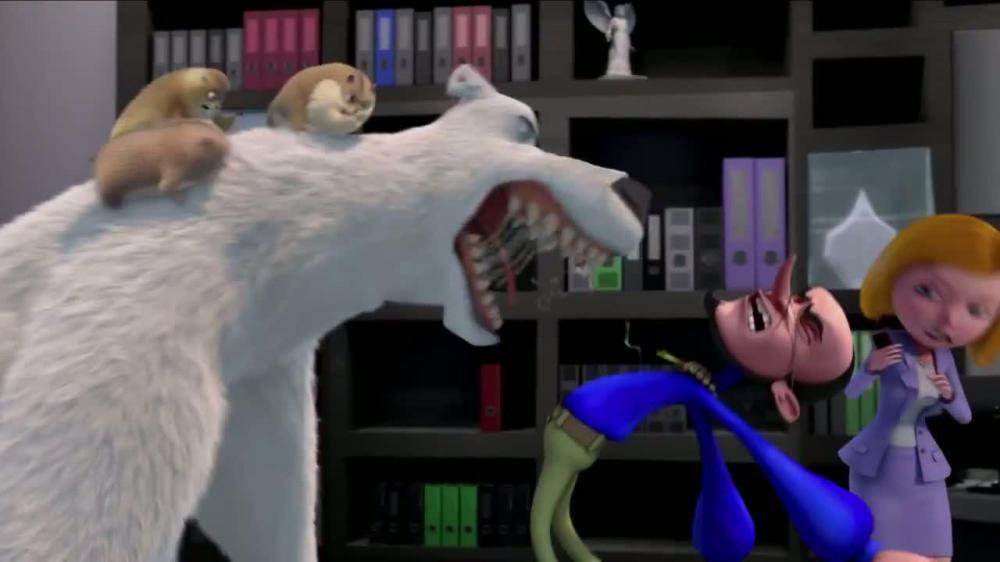 Norm of the North is hands down the worst animated film I’ve ever seen. Everything from the animation, to the story, the characters, the writing, everything was done so incredibly poorly. There is nothing to enjoy with this movie, not even in a ‘so bad it’s good’ kind of way. It was somehow worse than I thought it would be.