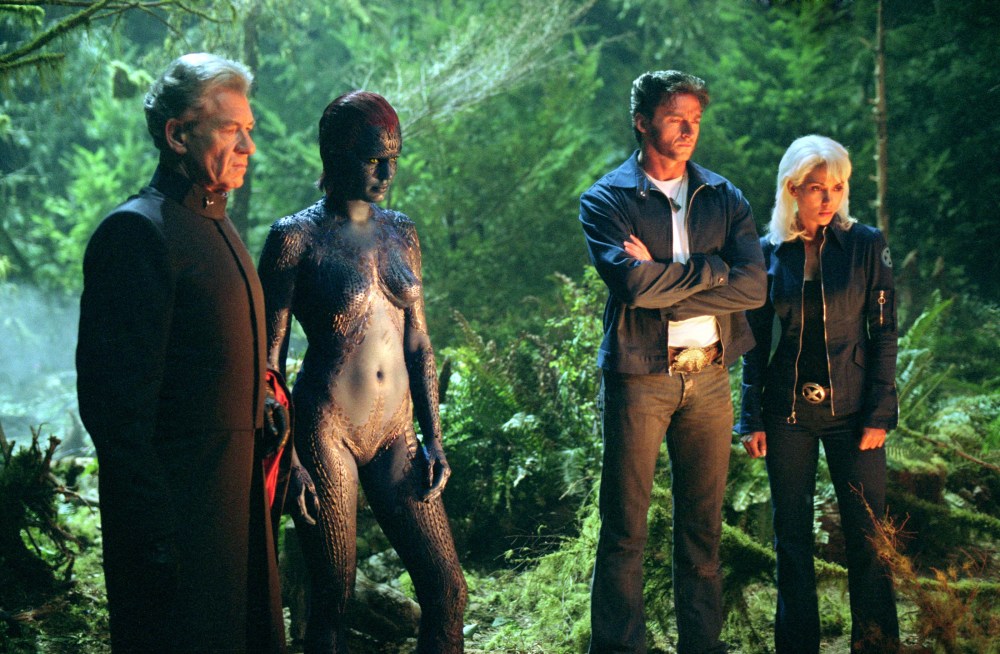 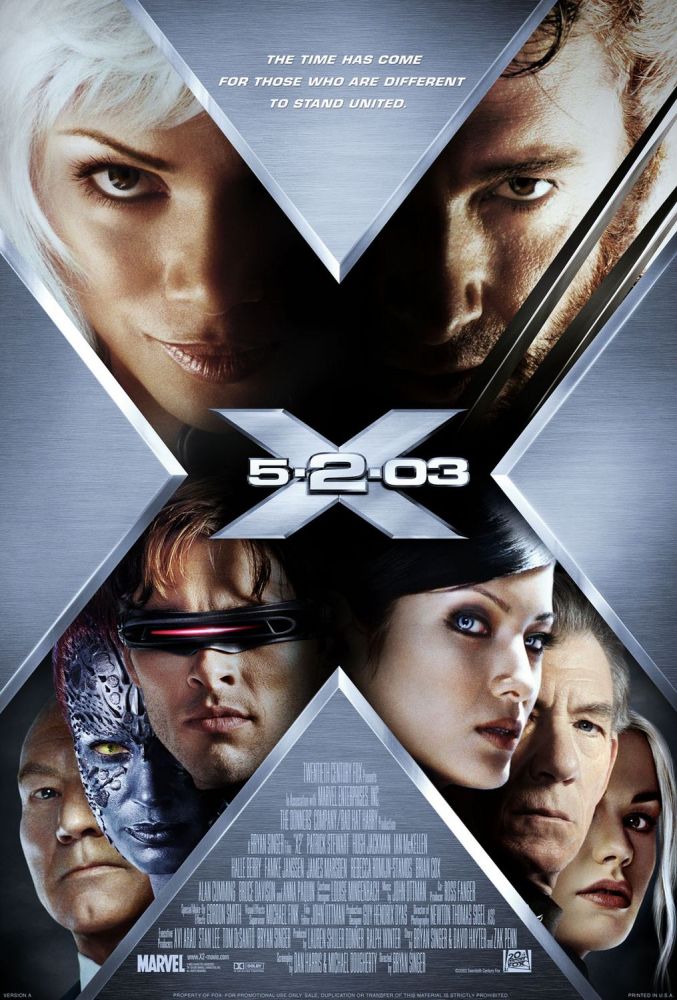 After the events on Liberty Island, everyone at Xavier’s (Patrick Stewart) School for Gifted Youngsters is settling in. Magneto (Ian McKellen) is locked up in a plastic cell, Rogue (Anna Paquin) and Bobby Drake (Shawn Ashmore) have finally gotten together, and Wolverine (Hugh Jackman) has set off to find his origins. But it won’t stay quiet for long. After a mutant attack on the President, everyone starts to fear any type of mutant. William Stryker (Brian Cox), who plans to stop all mutants, takes over the school, causing Wolverine and his team of mutants to go into hiding. Stryker has managed to capture Xavier and will use him to create another version of Cerebro. Wolverine and the team must now team up with their enemy, Magneto, to stop Stryker before it’s too late. 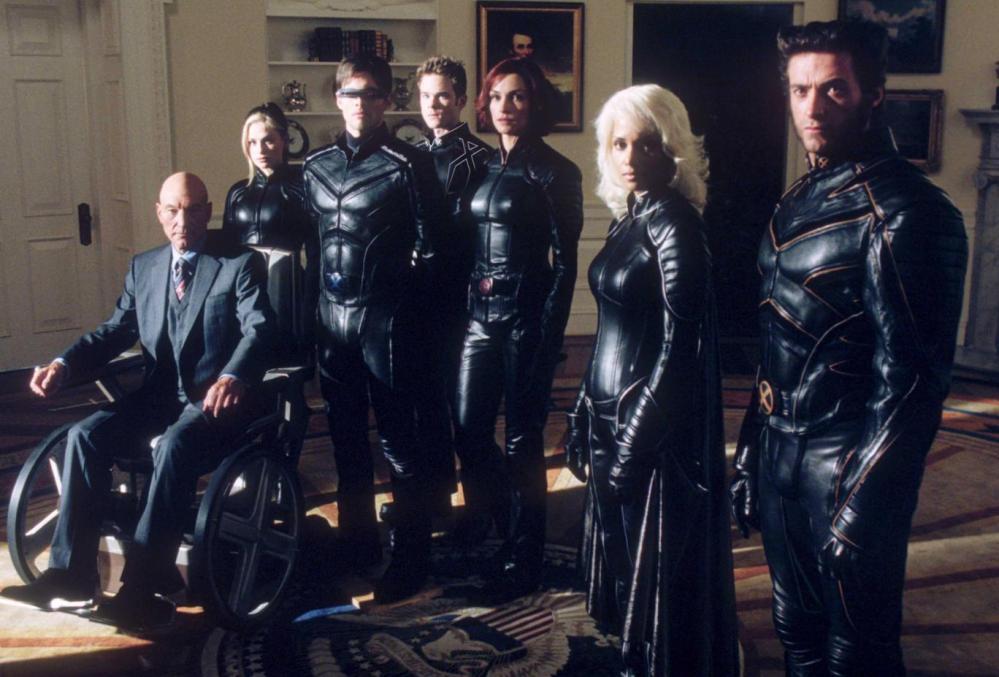 I really liked the aspect of the X Men teaming up with Magneto, it would be so easy just to have them as enemies for the sequel but this time around it gives us something different. I also liked the pacing better here, while I did like the previous X Men, after watching it again I noticed that the pacing was a little slower, now that the characters are (mostly) established I think Singer could afford to have a faster pace. This also meant that more of the characters could be developed (at least a little bit). Once of the main criticisms of the first film was that aside from some characters (such as Wolverine, Rogue and Magneto) most of the characters were underdeveloped. Although I can’t call all of them fully developed (Especially Cyclops and Mystique) the film at least showed more aspects of them. 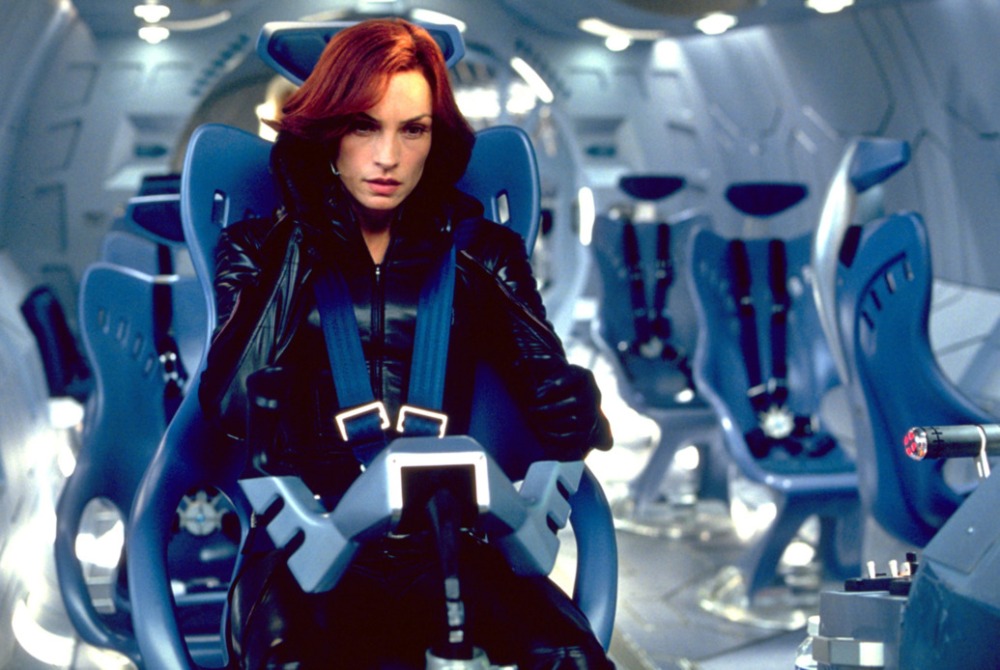 All the actors from the previous movie return and once again are good in their roles, Patrick Stewart, Ian McKellan, and the rest of the cast are really good but Hugh Jackman as usual steals the show as Wolverine, it’s hard imagining anyone else in his role. Brian Cox I thought did a pretty good job as the main villain, who has a lot of history with Wolverine. Alan Cumming Nightcrawler was a nice addition to the X Men, I’m actually surprised that he didn’t return for the sequel. As I said before, more of the characters are given more depth and I started to like them more, with the exception of Cyclops who doesn’t show up a lot in the movie. 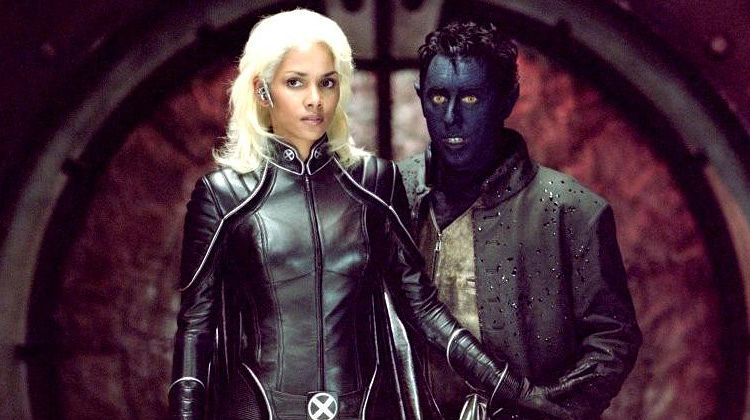 The action scenes once again are well filmed and there are much more of them as there is much more going on in the story. Highlights of the film for me were the opening scenes with Nightcrawler and the fight scenes between Wolverine and Lady Deathstrike at the end of the movie. The soundtrack again was really good and added to the movie. 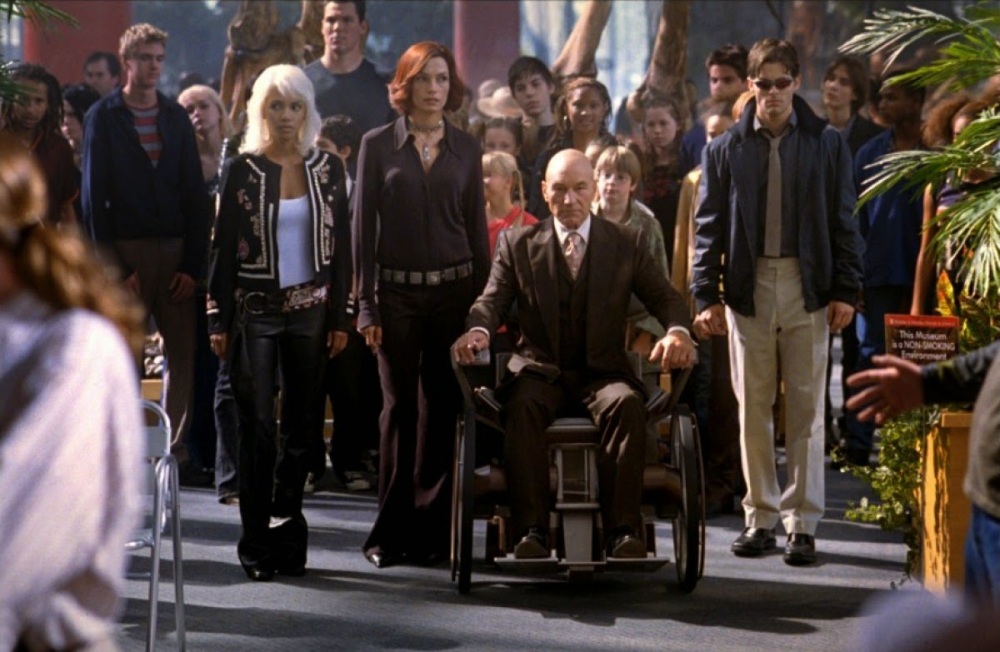 X Men 2 is for me a better movie than the original X Men. That film was a good set up to the X Men, while X Men 2 was a great X Men movie. It’s still not the best X Men movie but it’s the best X Men film of the original trilogy. It has the best action scenes, it has the best story and it used the characters the best. It’s not a perfect movie, looking back at it not all of the characters are fully developed but it is an improvement over the first film.