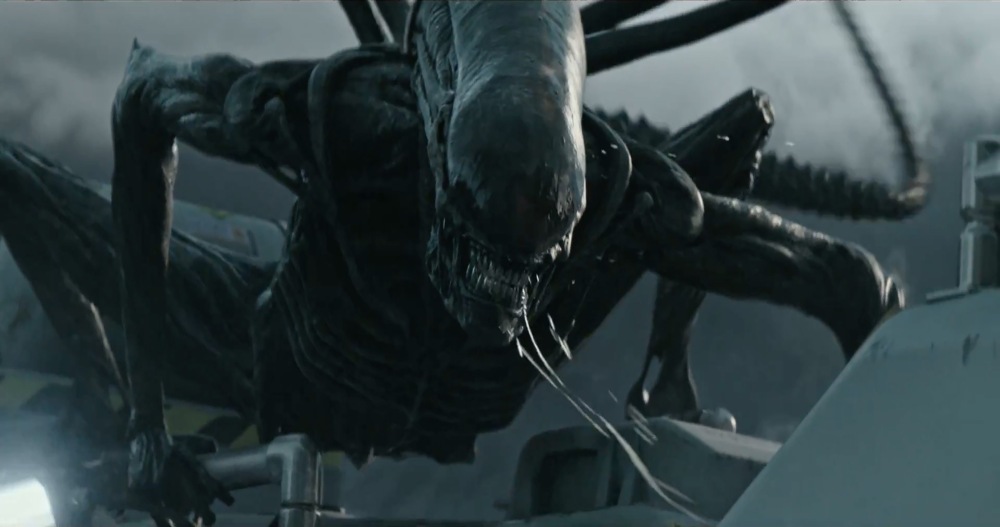 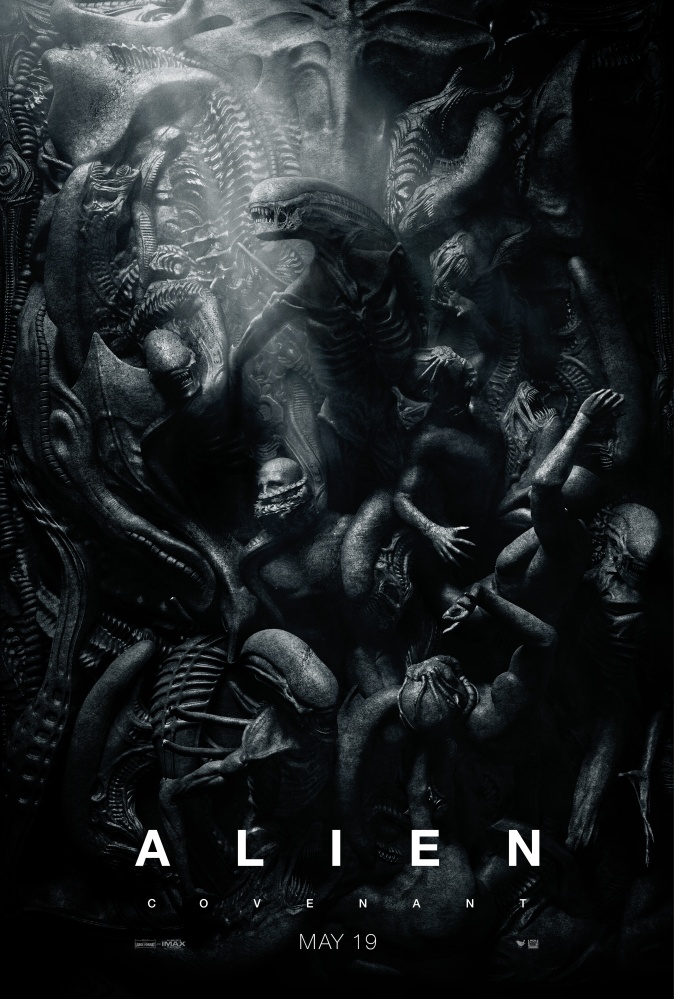 Bound for a remote planet on the far side of the galaxy, members (Katherine Waterston, Billy Crudup) of the colony ship Covenant discover what they think to be an uncharted paradise. While there, they meet David (Michael Fassbender), the synthetic survivor of the doomed Prometheus expedition. The mysterious world soon turns dark and dangerous when a hostile alien life-form forces the crew into a deadly fight for survival.

Alien Covenant was one of my most anticipated movies of 2017. I am in the minority of people who loved Prometheus and the story it was going for. With Ridley Scott returning to direct the sequel, I had high hopes for Alien Covenant, and it didn’t disappoint. The story as usual was great, the acting was really good, and Ridley Scott as usual delivers at making an intriguing, intense sci fi thriller. What makes it work even better than Prometheus though is that it makes the story even more interesting and engaging, while adding some of the horror elements, which didn’t detract from the interesting story.

This film is a mix of Prometheus and Alien. Don’t go in expecting a full on Alien movie, go into it expecting a Prometheus sequel. With that said, there are many ties to the Xenomorphs, and you get to see more of them here than we did with Prometheus. The film does take its time to explore thematic elements (exploring ideas such as creation and A.I.), but it also has the suspense and horror element from Alien. This movie’s story is better than Prometheus’s, it delivers an interesting story but it’s a lot more engaging and fascinating, the movie on a whole is a lot more entertaining too. The characters themselves aren’t spectacular (aside from Fassbender’s David) but they are better than Prometheus’s characters. Part of that is due to the fact that they felt more believable and more like real people and while they do make some dumb decisions (like the characters from the first movie), here it is believable that they would make them, because of the situations that they are placed in. As for the ending… I’m intrigued to see where the franchise goes from here. If there’s any problem I can possibly find, I guess while I like the third act, the tones did clash just a little bit, especially with the action scenes. But even then it’s not a huge flaw. 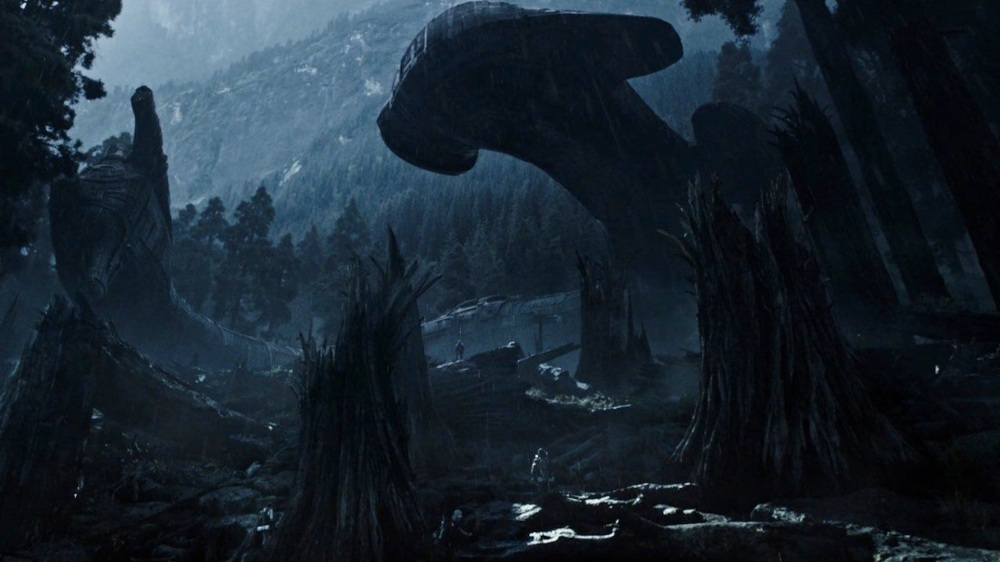 The acting was all around really great from a large cast which includes Katherine Waterson and Billy Crudup. A stand out amongst these actors is Danny McBride who was surprisingly great in his role. The stand out performance from this movie however is Michael Fassbender, in dual roles as Walter (the Covenant’s android) and David (from Prometheus). He does well particularly acting across from himself, in fact these interactions and conversations are some of the best scenes in the entire film. He is especially great as David, that character is so well written and performed, at this point he’s one of the best characters in the entire Alien/Prometheus universe. That’s all I’ll say about him, I don’t want to give away any spoilers. Fassbender might be one of the best parts of this whole movie, and that’s saying a lot, because there’s a lot of great things here.

This film a lot of the time felt like Alien, the opening titles for Covenant was very much like the opening titles for Alien, even the score by Jed Kurzel is literally Jerry Goldsmith’s Alien soundtrack at times. While it’s not necessarily essential for the film to have it (and I’m not really sure why they had it), I really liked it. This movie is beautiful, with the cinematography, production design, the CGI, everything about this movie is gorgeous. The Xenomorphs themselves, I won’t go into detail about them, but I’ll say that they are handled so great. Yes, they are computer generated but they don’t feel fake at any point. This movie is very intense, Ridley Scott really nailed the horror aspect excellently here, and when this movie is violent, it is really violent. 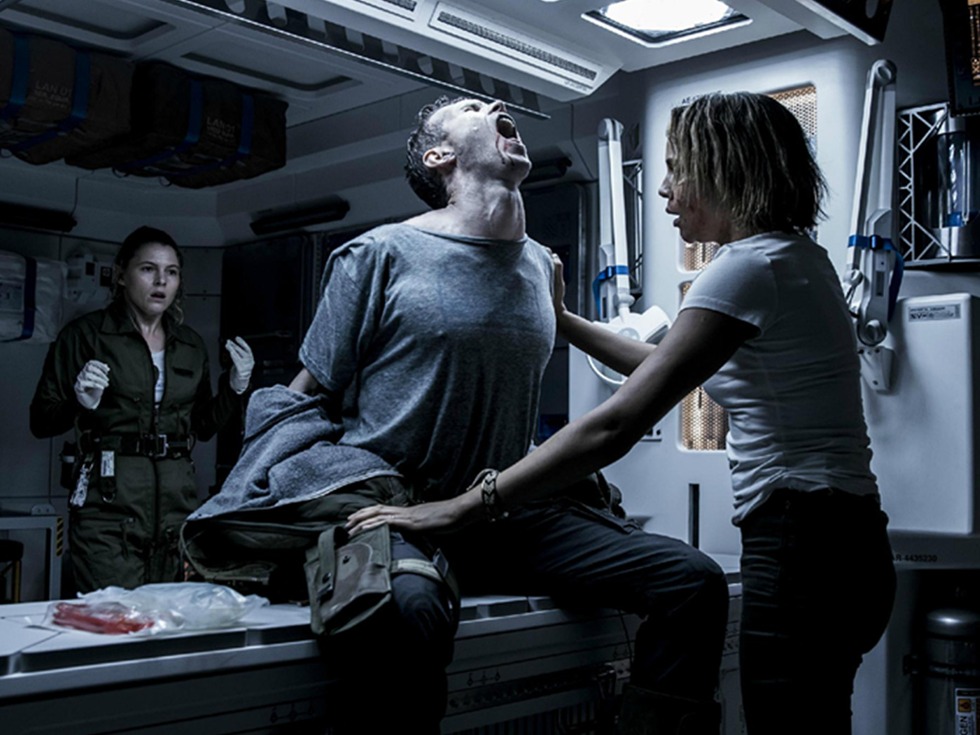 Alien Covenant is a great film overall, it continues on the story from Prometheus and improves upon it in almost every way. I won’t give away a lot about this movie, just know what you are getting into, it’s a Prometheus sequel with Alien elements, which is better than the original. I’m pretty sure that no matter your thoughts on Prometheus, you’ll like Covenant a lot more. I am curious about where Ridley Scott is going to be taking this series. I am a little concerned that it could get repetitive (Alien, Prometheus and Alien Covenant have all had the scenario of people visiting a planet and aliens attacking and killing them), I don’t know what’s going to happen. But I trust Scott. Prometheus was great, and Covenant was even better. I can’t wait to see what Ridley Scott has planned. 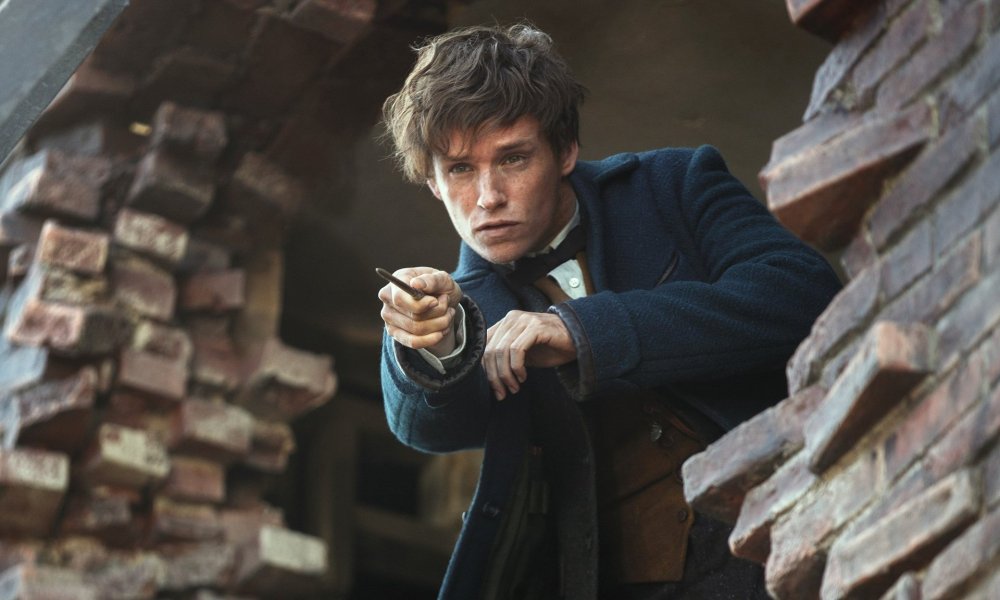 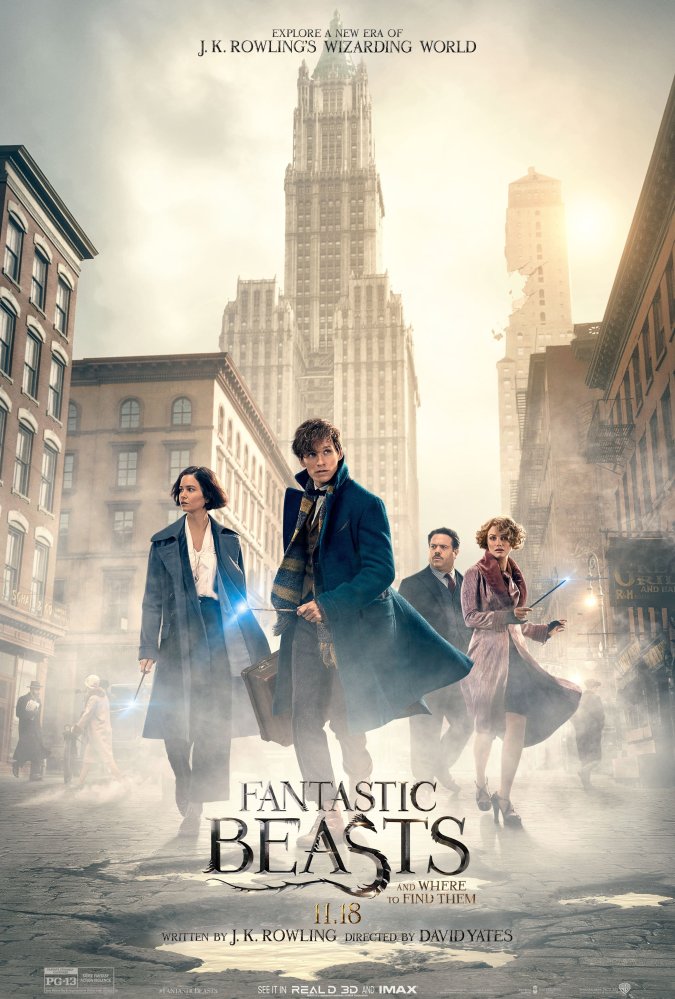 The year is 1926, and Newt Scamander (Eddie Redmayne) has just completed a global excursion to find and document an extraordinary array of magical creatures. Arriving in New York for a brief stopover, he might have come and gone without incident, were it not for a No-Maj (American for Muggle) named Jacob, a misplaced magical case, and the escape of some of Newt’s fantastic beasts, which could spell trouble for both the wizarding and No-Maj worlds.

Fantastic Beasts was one of my most anticipated movies of 2016. I love the Harry Potter books and movies, so naturally I was interested in seeing what these new films would hold. Despite this, I wasn’t really sure what to expect from this prequel, it’s exploring a new side to the Wizarding World, with new characters and I didn’t know what direction it would go in. However, after seeing it, I can say that I absolutely love Fantastic Beasts. It had me interested in the plot from start to finish, the world is interesting, the acting was great, the effects were fantastic and it fits perfectly into the Harry Potter universe. 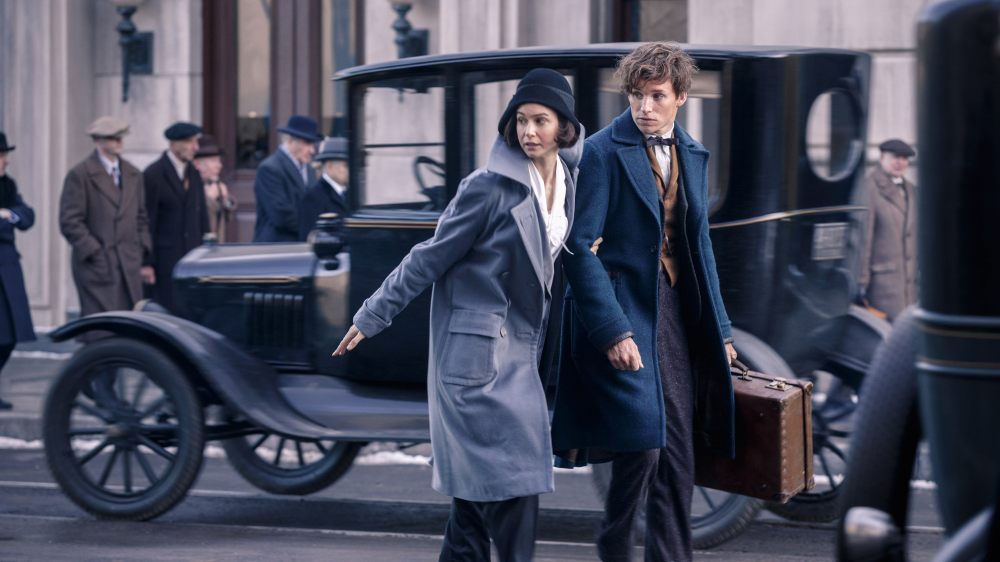 There have been many cases where great writers fail at writing a good screenplay (The Counsellor). That’s not the case with JK Rowling, who writes the script to Fantastic Beasts, the script is fantastic. I was invested in this movie from start to finish. One of the best parts of this movie is how, even though it’s establishing the world and setting up for future movies, it stands on its own. The tone was handled really well, it is light at times, but it would also get quite dark in others, overall it was well balanced. I will say that I was more invested in the story involving Ezra Miller’s and Colin Farrell’s characters more than the main plot with Newt Scamander trying to find his creatures, but it may just be a personal preference thing. 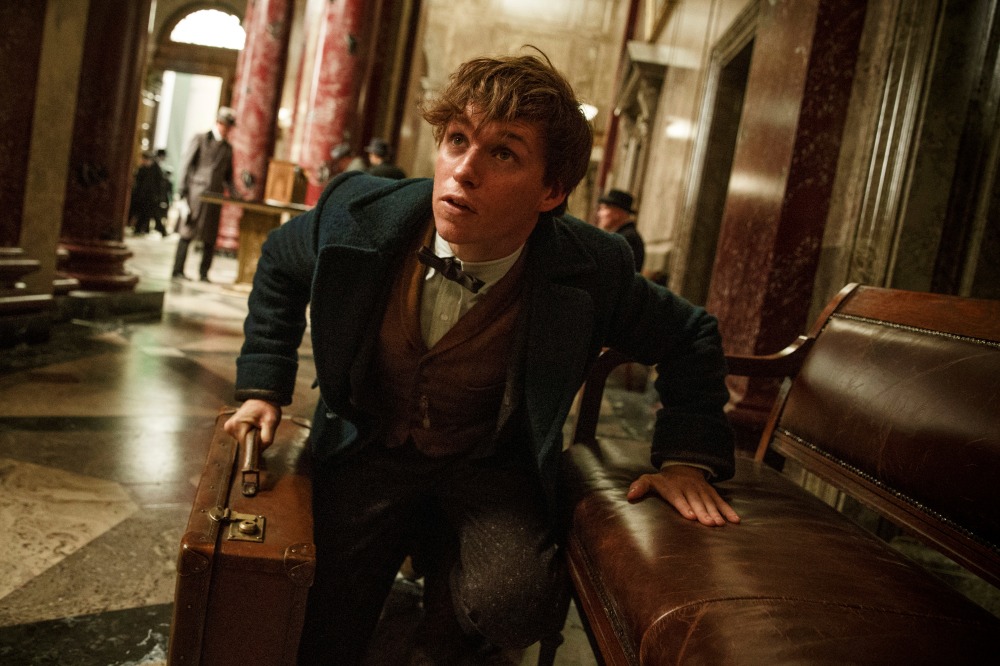 The cast is very talented and the film makes use of each actor quite well. Eddie Redmayne is really good as Newt Scamander, his quirkiness really worked in this role. Katherine Waterson and Alison Sudol were also great in the movie. Out of the main four stars however, Dan Fogler stood out most to me, he was fantastic in this movie. It would be so easy for this character to feel like a drag and annoying as he really is the exposition character, he’s the character that the other characters speak to in order to inform the audience what’s going on. However, he was just so likable and fun to watch. He and two other actors stole the show, one of these other actors is Ezra Miller, without spoiling anything about his role I have to say that he is absolutely excellent in this movie. The other showstealer is Colin Farrell, again no spoilers, but he was so great in this movie, I do wish that he was in the movie more but he really made an impression in the scenes he had.

David Yates has directed some of my favourite films of the Harry Potter series and returned to direct this movie, and he didn’t disappoint. The special effects are naturally great. The magical creatures themselves are so creative and done very well. The action scenes as to be expected are also done fantastically. The setting is very interesting and unique and the excellent production design reflected that. The soundtrack by James Newton Howard was also fantastic, and was well suited for the movie.

Fantastic Beasts is truly a great movie. Its talented cast was great, the world was so excellently portrayed by JK Rowling, and the direction was truly great. There’s not a whole lot of problems that I have with the movie. I do have some concerns about the sequels, as I’m not exactly sure how this storyline will be able to fit Newt Scamander into the story (without spoiling anything) but I’m sure it’ll be done well. JK Rowling knows what she’s doing, so I’m sure the next films will be great. Definitely check out this movie when you can.