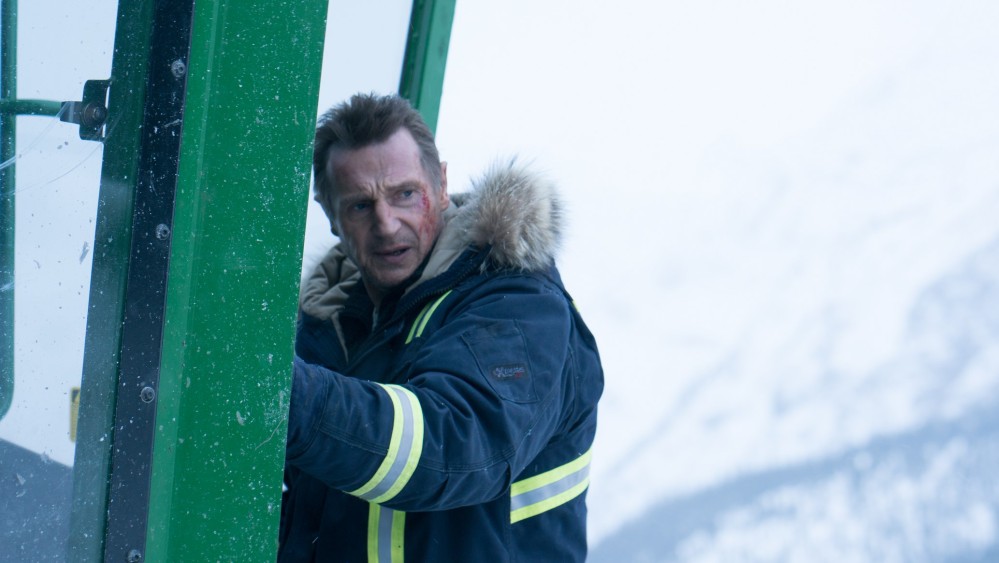 Nels Coxman’s (Liam Neeson) quiet life as a snowplow driver comes crashing down when his beloved son dies under mysterious circumstances. His search for the truth soon becomes a quest for revenge against a psychotic drug lord named Viking (Tom Bateman) and his sleazy henchmen. Transformed from upstanding citizen to coldblooded vigilante, Coxman unwittingly sets off a chain of events that includes a kidnapping, a series of deadly misunderstandings and a turf war between Viking and a rival boss (Tom Jackson).

Liam Neeson ever since 2008’s Taken has starred in a bunch of revenge thrillers, so one could be forgiven for completely blanking on this year’s Cold Pursuit as just being more of the same, albeit set in the snow. That or it is just remembered as that one movie where Neeson said some things on a press tour that got him into some hot water to say the least. I was meaning to check it out earlier but missed it at the cinemas, so checked it out more recently. Cold Pursuit has its issues but its pretty entertaining overall.

It’s around 90 minutes long and for the most part it’s paced reasonably well. It starts off like you’d expect it to, it shows Liam Neeson in his normal life, tragedy strikes with his son being killed, and then he goes on his path of revenge. The second act is when you really notice something strange about the tone of the movie. As previously mentioned, this is a dark comedy and is very offbeat throughout, and you should probably know that going in or the experience is going to be a little surprising to say the least. You think that it would mainly focus on Liam Neeson, and while he is very prominent, it also focuses on two other groups of characters, one led by the main antagonist Viking, and the other being another crime group who would come into conflict with Viking. Personally I liked how they handled it, mostly because in the third act everything comes together to really work to hilarious effect (no spoilers). However the second act is a little stretched out, even if the runtime of the movie is shorter, and I would’ve liked to have seen more of Neeson, he needed to be in the movie a little more (particularly in the second act). 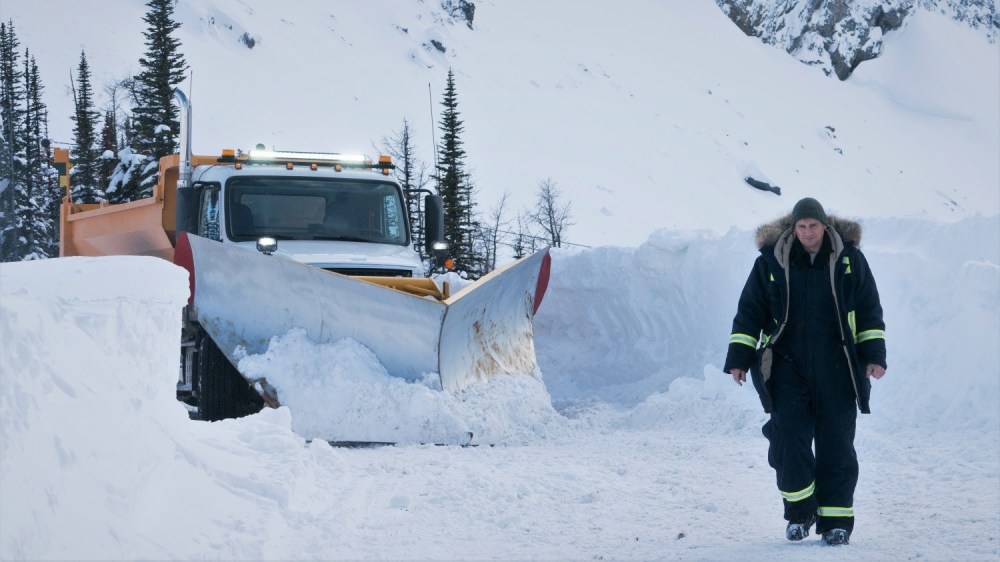 It really feels like Liam Neeson was cast in the lead role for a reason given his typical lead revenge roles, and he’s effortlessly good as expected. This time however, this isn’t a Liam Neeson with a particular set of skills, just a normal guy who is out for revenge. Tom Bateman plays the drug lord and the main antagonist of the movie. He’s crazy and unhinged but he’s mostly used for comedy, as he doesn’t really do anything till like the third act. He’s just so over the top but in the right kind of way, he’s deliberately not meant to be taken seriously. Most of the rest of the cast is fine as well. There is a subplot following a couple cops played by Emmy Rossum and John Doman, and while the two are okay in their roles, their parts didn’t really amount to anything. It’s almost like they’re in the movie to show that police exist in this town but they basically contribute nothing to the plot. The worst treatment of a character/actor is definitely with Laura Dern as Neeson’s wife. It’s actually kind of ridiculous, she appears for scenes before and after her son’s death, and then they just disappear and aren’t mentioned or seen ever again. I heard that apparently it was like that with the original movie, but then I wish the director then would’ve improved the role instead of keeping it the same.

Turns out that this movie is actually an English language remake of In Order of Disappearance, a film also made by the same director, Hans Petter Moland. He really does place you in the snowy location very well. His direction is especially great when it comes to the comedy. For example, every time someone dies, a title card comes up with the name of the person who was just killed. A lot of the time this is used for some really great comedy. The action itself when it actually happenss is quite good, however don’t expect the amount of action in some of Neeson’s other flicks like Taken.

Cold Pursuit isn’t anything special but it’s a fun movie. Liam Neeson and the cast worked well (although Laura Dern and Emmy Rossum weren’t given the best things to work with), and the writing and overall direction made it work as a dark comedy. It’s definitely not a conventional Neeson thriller and despite its issues, I’d say that it’s worth a watch. 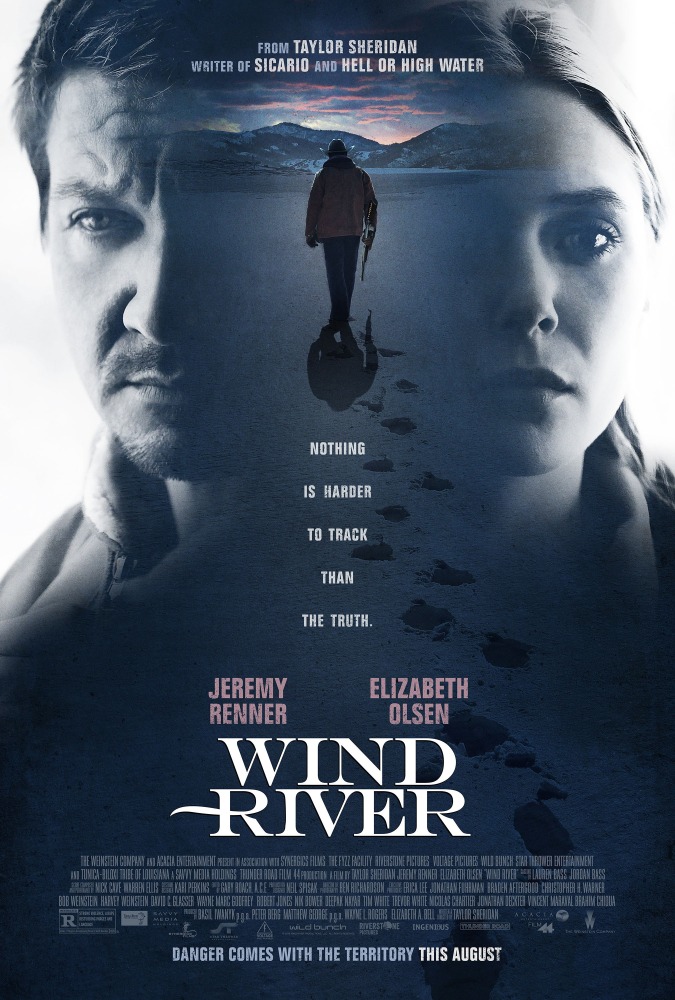 Cory Lambert (Jeremy Renner) is a wildlife officer who finds the body of an 18-year-old woman on an American Indian reservation in snowy Wyoming. When the autopsy reveals that she was raped, FBI agent Jane Banner (Elizabeth Olsen) arrives to investigate. Teaming up with Lambert as a guide, the duo soon find that their lives are in danger while trying to solve the mystery of the teen’s death.

I only heard about Wind River recently, and seeing the cast involved with Jeremy Renner and Elizabeth Olsen, along with this being writer Taylor Sheridan’s directional debut, immediately had me interested. All that potential payed off in the end, with a great script, filled with fantastic performances and a solid direction, Wind River is a fantastic thriller and one of the best films of the year.

Wind River’s writer/director Taylor Sheridan has written some movies such as Sicario and Hell or High Water, both are really great films and some of the best films of their respective years. Once again he has written a fantastic script that captivates you from beginning to end. The movie is shorter than most thrillers, at around 1 hour 50 minutes long but it worked well for the movie overall. The first act is a little slow but aside from that the pacing was great, it never felt rushed but it never dragged either, by the second act I was fully into the plot. The characters and the dialogue like in Sicario and Hell or High Water are so brilliantly written with detail. I can’t say that Wind River is particularly unique from all the other great thrillers that out there but I can’t really pinpoint any flaws either, from start to finish I was riveted by the story which was crafted so well by Sheridan. He delivers once again in writing a compelling story.

The acting was also a highlight of Wind River. This is probably the best performance I’ve seen from Jeremy Renner. He plays a character who is dealing with a tragedy. His performance is very subtle and was perfect for his character. Elizabeth Olsen also gives one of the best performances I’ve seen from her, as an FBI agent who really isn’t fully prepared for the job that she decides to take on. One stand out supporting actor was Gil Birmingham as the father of the victim, he’s not in the movie a lot but he did a great job in his scenes. The supporting actors in general are quite good but its Renner and Olsen who give the best performances.

This movie as I mentioned is Taylor Sheridan’s directional debut and he really does a great job. His direction really does a great job immersing you in this cold and isolated environment, it does well and making you feel uncomfortable in many of the scenes. Wind River is a more of a slow building mystery than a non stop thriller, but when the scenes are meant to feel tense, it really does feel very tense. The direction isn’t flashy and it does well to serve the story and allow the actors to do well with the script.

Wind River is yet another solid film from Taylor Sheridan and is also one of the best films of the year. Great performances, fantastic writing and directing, this movie has it all. I’m not sure how this movie would compare to Sicario and Hell or High Water, I might consider those films as being better but on its own, it’s a pretty great thriller. Taylor Sheridan is a massive talent that should be watched closely, whether that be for writing or for directing. Definitely see Wind River whenever you can, it’s one of the best of the year.