New York City private investigator Jessica Jones (Krysten Ritter) is beginning to put her life back together after murdering her tormenter, Kilgrave. Now known throughout the city as a super-powered killer, a new case makes her reluctantly confront who she really is while digging deeper into her past to explore the reasons why.

With Season 3 of Jessica Jones out now, I wanted to give my thoughts on the previous season. Season 1 was great, it was a darker and much more grounded show (for it being about someone with superpowers), Krysten Ritter was perfect as the titular character and it had a fantastic villain in David Tennant’s Kilgrave. So people were anticipating the second season of the acclaimed show. However, Season 2 is generally regarded as being at a much lower level compared to the first season and I’m among these people. Although I still liked the season, it does have quite a bit of problems which really hold it back from being as good as it should be. 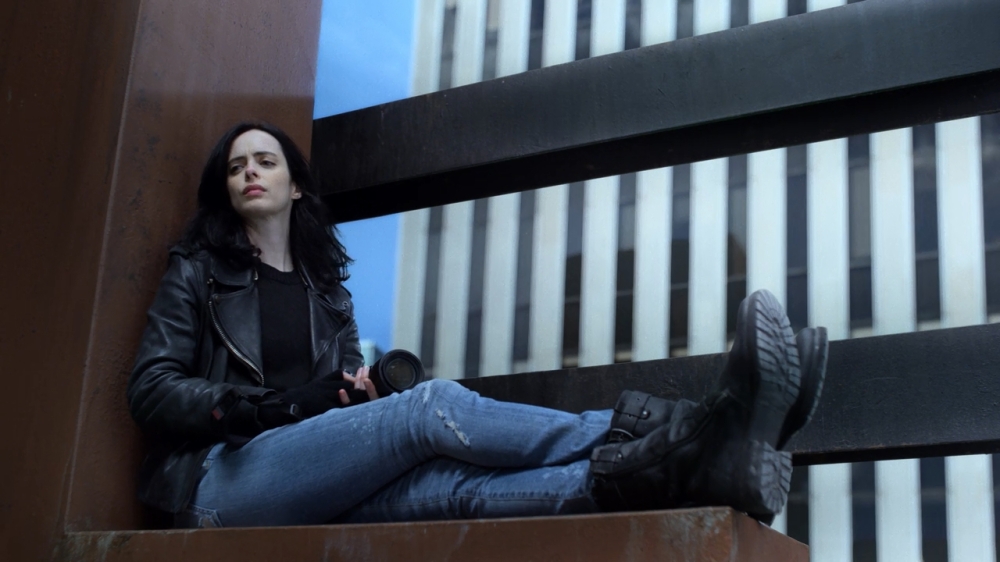 I noticed a lot of people who take an issue with the season mainly bring up the fact that the season doesn’t really have a central villain of sorts, but I don’t have an issue with that at all honestly. Not every comic book related movie or show needs to have a ‘villain’. Besides, it would be hard to have a villain that would reach a level of Kilgrave from the first season. I think the main problem is that the whole season feels unfocussed. It seems like a bunch of plotlines just thrown together, and not all of them work, making it feel really uneven, possibly the most uneven of the Marvel Netflix seasons (though Iron Fist Season 1 still exists). The most prominent plotline is basically revisiting Jessica Jones’s past, which is a little unnecessary. As for the other plotlines, they are almost all focussing on different characters that don’t really tie into the main story, Trish Walker, Jerri Hogarth, so in that sense this plotline is still the best out of the season because at least it’s somewhat the most relevant. I guess one good thing that came from needlessly going back to Jessica’s past is that it seems to mean that the next season won’t be revisiting Jessica’s backstory yet again (at least I hope it doesn’t). In terms of issues aside from all the other subplots that don’t work, the detective work by Jessica was a little downgraded. The first season featured Jessica using her detective skills quite heavily, with that taking more priority over her superpowers. Thankfully they don’t turn this season into an action show by any means, but in Season 2, a lot of the mystery seemed to simplify the things she had to figure out, like Danny Rand or Luke Cage could do exactly what she does this season. Not that it isn’t interesting to watch it play out, it just feels lesser in comparison to what they did in the first season.

Krysten Ritter as Jessica Jones is great once again, she’s definitely the best part of this season and I don’t really have any problems with Ritter’s performance or her character. She’s perfectly cast in the role, and even if certain plotlines with her aren’t exactly great and have problems, she seems to make it somewhat work. A lot of the supporting cast is actually good at acting, its just that some of the characters weren’t handled all that great. On the better end of the spectrum is Eka Darville as Malcolm Ducasse, who was in the first season. Now after having dealt with his drug problem in the last season, Malcolm is working for Jessica and plays a reasonably prominent part in the show, and he worked well. Janet McTeer plays the closest thing to a villain this season. Minor spoilers (its hard to talk about her role without spoiling anything) but she plays Jessica’s mother. Now as I said earlier, I’m not exactly on board with them pointlessly going back to Jessica’s past, but it was the strongest plotline of this season, and McTeer was really good in the role. Side note, yes David Tennant returns as Kilgrave but don’t expect much of it, it’s just in one episode and really it didn’t necessarily need him. With that said it was nice to see him again and Tennant once again steals the scene whenever he’s on screen. 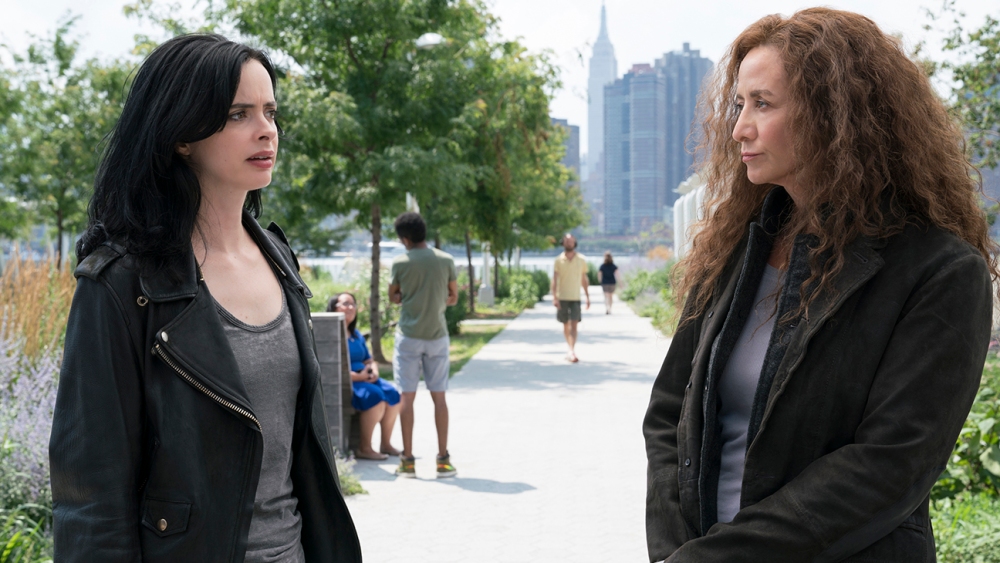 There is a character named Pryce Cheng played by Terry Chen who’s pretty much runs a private investigation firm, and his subplot I really didn’t like, one of the worst of the season. He is somewhat a source of antagonist against Jessica Jones but it doesn’t amount to much, and he just ends up being a source of annoyance more than anything. There really wasn’t much point in him being in this season. Carrie Anne Moss as Jerri Hogarth gets a lot of screentime in this season, even more compared to the previous season. There is an entire subplot dedicated to Hogarth involving her dealing with a disease, I’ve seen people being both positive and negative when it came to her plotline, I personally found it to be a mixed bag. I feel the best part of the plotline is that Carrie Anne Moss gets to really shine and gives a really good performance, but it still doesn’t really tie into the rest of the plotlines that well and feels really out of place. So, while there are times where I was interested and invested with what’s going on, there are other times where I’m wondering why we are spending so much time with her. One of the biggest criticisms of this season (and that’s saying a lot) is Trish Walker (played by Rachael Taylor). Her character seemed to be taking enhanced drugs and trying to be a hero of sorts. It was just annoying to see her plotline, worst of all she is a bit unlikable but they dedicate so much time to her, so she really sticks out. At the end of the show though, it gets to a point where it occurred to me that they might be taking her character in a different direction. In the comics, Trish Walker is a superhero named Hellcat and it was speculated that the show would be making her a superhero eventually. However, it seems like they may be changing many things about Hellcat and going about it in a very different way, in a much more villainous direction. If they are going in the direction I think they’re doing for season 3, it might actually work. Otherwise if Season 2 is supposed to be superhero Hellcat’s origin story and we are actually supposed to be with her (both during and at the end) throughout her subplot, I think it was a really bad decision (again, haven’t seen the entirety of season 3 yet, so I’ll know for sure later).

The show is pretty much directed in the same way as the first season, it still very much feels like the same world and city from the first season and it’s all around pretty good. Thankfully this show hasn’t turned into an action series at all, while some of the detective aspect of Jessica Jones has been watered down, at least it wasn’t in favour of a bunch of forced action scenes. At the same time, they still have some pretty tense sequences. The fight/’action’ scenes that do involve Jessica physically and her using her powers don’t overdo it and are handled well enough.

Jessica Jones Season 2 is really not as good as the first season. It is unfocussed, most of the plotlines aren’t really interesting and don’t work well together, and it can be a chore to sit through sometimes. With that said, it’s not all bad. Krysten Ritter is once again great as Jessica Jones, a few of the supporting actors/characters were good and there were some moments that I liked. It’s significantly worse than the first season but I still liked it. Hopefully Season 3 will put the show back on track.