Nature’s deadliest killer takes to the skies in the ultimate gill-ty pleasure as a group of friends try to save the Santa Monica coast from shark-infested tornadoes.

Sharknado made a bit of an impact when it came out. Monster movies (and poorly made ones at that) from the Asylum aren’t uncommon, but this one really got a hit, even gaining 3 sequels. Now I know that these movies are entertaining for many people, but Sharknado (at least the first one) really did absolutely nothing for me. I went in knowing that pretty much the whole movie would be terrible but yet it somehow wasn’t the so bad it’s good movie that everyone had been making it out to be.

For a movie about a tornado full of sharks, it somehow manages to be really boring and not entertaining for much of the film. Sharknado at times seems like it wants you to take it somewhat seriously. It might be a weird thing to say but there was so much pointless character development (and its not even like they’re parodying disaster movie characters or anything like that), it really drags at points. Much of the movie is just following these characters around and then the Sharknado comes around to cause problems… and it just doesn’t leave any kind of impact. Obviously you don’t care for the characters or the story but you also aren’t entertained by the silliness of the movie. Yes, there are some implausible things, like towards the end the solution to the Sharknado was dropping bombs inside it. Also, people shoot sharks and chainsaw them like they’re nothing, really a bunch of outrageous and silly things. But if anything, I wanted more of these moments because on the whole, even the crazy aspects just don’t stick with me. It’s really the third act where the film finally realises what type of movie it should’ve been trying to be in the first place and goes absolutely crazy, bombing and chainsawing sharks and the like. Honestly if you really want to watch this movie, you’ll get the best experience by just watching the last half hour, it’s the only redeeming section of the movie, and is genuinely entertaining.

The acting isn’t good at all, as to be expected. None of the cast featuring Ian Ziering, Tara Reid, John Heard, Cassie Scerbo and others did anything well. Oddly enough it seems like some of the actors are actually trying to be serious, but even then they seemed to fail. It doesn’t seem like they entirely know what kind of movie they are in.

Sharknado is terribly directed throughout, from start to finish the effects are absolutely awful, and its not just the sharks that look incredibly fake, the movie opens with the cheapest looking ship. Now all of this is predictable, no matter how silly it got, I was never astounded or surprised by it. You get used to it after the first 10 minutes. 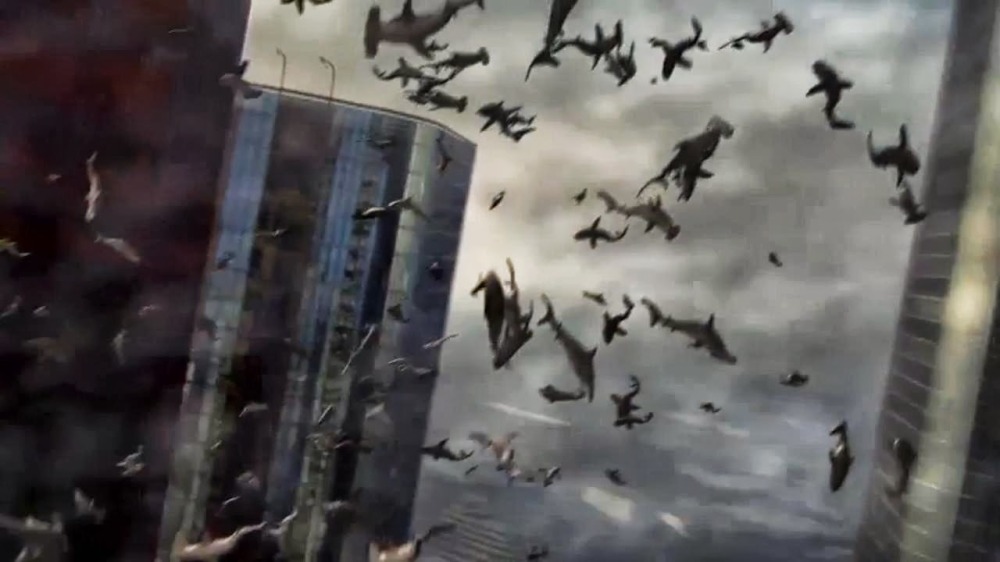 Sharknado doesn’t work as an entertainingly cheesy bad movie, and is way more boring and underwhelming than it had to be. The thing that surprised me the most is that the movie, is that it felt like some people working on this movie wanted it to be semi-serious. I’m not in on the joke but it seems like many people were, because it somehow manages to get 3 sequels. I guess if you really want to check it out you can, but really only the third act I liked. I might get around to trying out at least one of the sequels, apparently its much more comedic, and might be more what I was expecting from this movie.