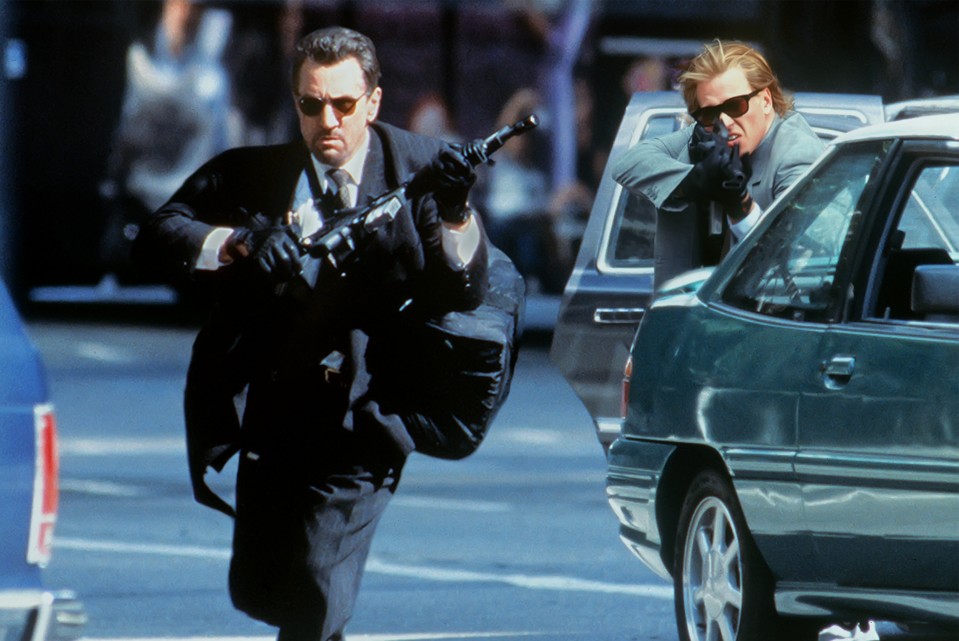 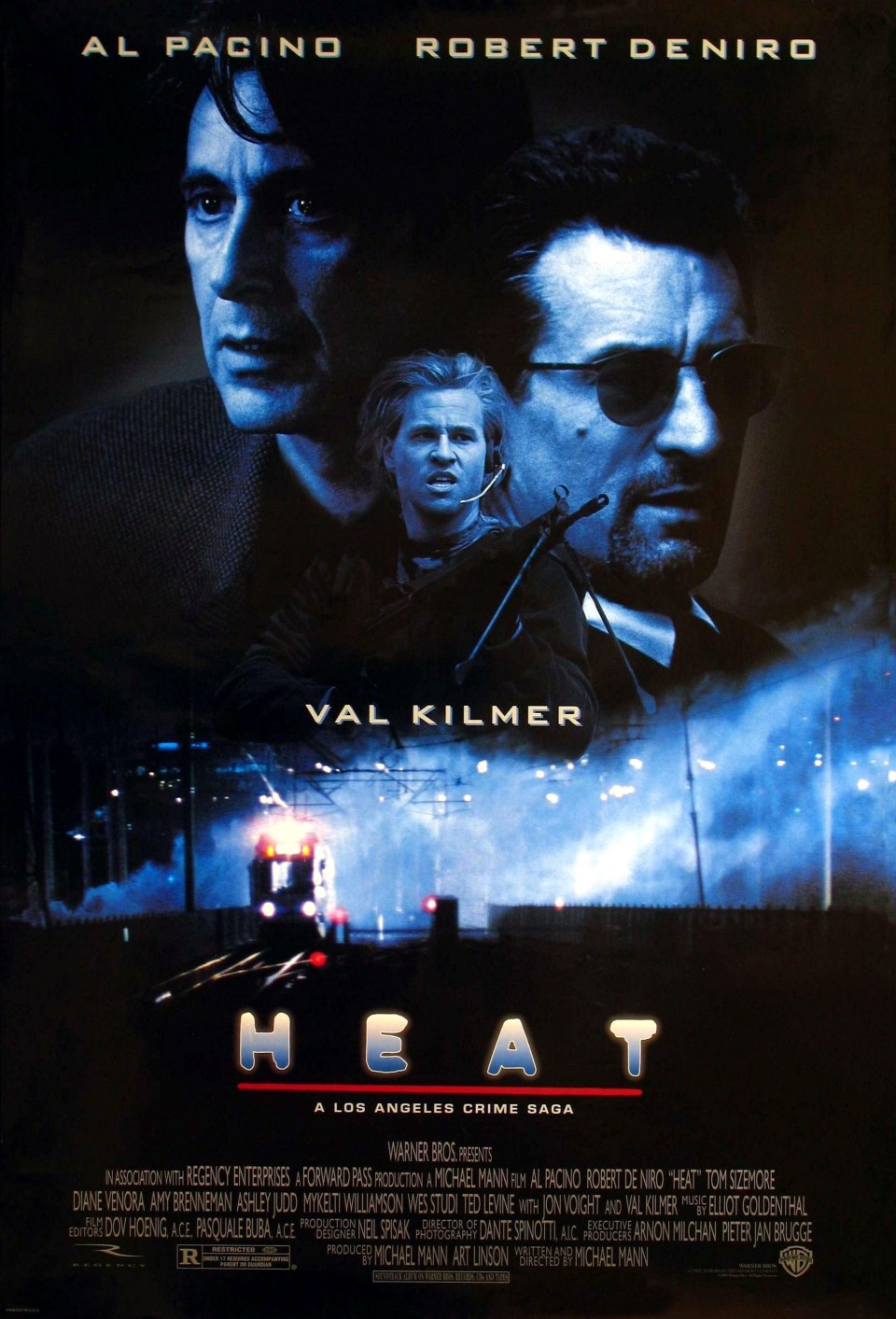 Lieutenant Hanna (Al Pacino), a detective, decides to catch a highly intelligent seasonal criminal (Robert de Niro) who has vowed to pull off one last robbery before he retires for good.

Michael Mann’s Heat is one of the most significant films of the 90s. I remember watching the movie for the first time many years ago, I remembered liking it quite a bit, but not much more beyond that. Having rewatched Heat now, it was actually way better than I remember. It’s a long yet fantastic crime thriller from beginning to end, directed excellently, and with an engrossing story and great performances. 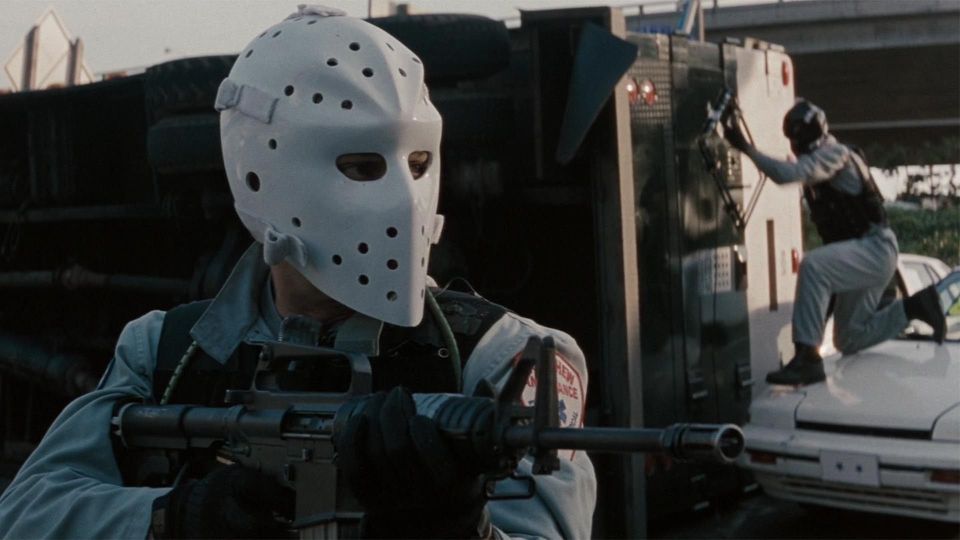 The screenplay for Heat is fantastic, the story is nothing short of intense, suspenseful and engrossing from its opening scene all the way to the end credits. The 2 hour and 50 minutes runtime is admittedly a bit daunting especially going into the movie for the first time, but the time flew by so fast and it never dragged because of its fast paced story. It’s really impressive how many small details about characters and the plot are really conveyed here. The movie also has a lot of subplots, but surprisingly they don’t feel overdone, instead they added quite a lot to the film. The dialogue is also amazing, there are so many stand out scenes of characters just talking. Looking at the premise, Heat could’ve easily fallen into the same category that other cops and robbers movies fall into. Despite the genre it is in, Heat makes an effort to stay clear of cliches. Michael Mann adds a great amount of humility and realism to the story and characters. Each character is fleshed out fantastically, even the smaller side characters. It may be a crime film, but it deals with a lot more than just the crime and robberies, it is very much a character driven movie. The story is especially great with how it treats its lead two characters. Heat is essentially the fascinating story of two men who are consumed with what they do and share striking similarities despite being on opposite sides of the law, playing a game of cat and mouse and utilising their talents to stay one step ahead. The movie itself is already very thrilling to watch as a crime thriller, but its also compelling watching their relationships to their occupations and personal lives. It really is a tale of lonely people within their own fields slowly touch with the world around them, it is more melancholy than you’d initially expect it to be. The final act is pretty much perfection, as the chase comes to an end in a satisfying climax. 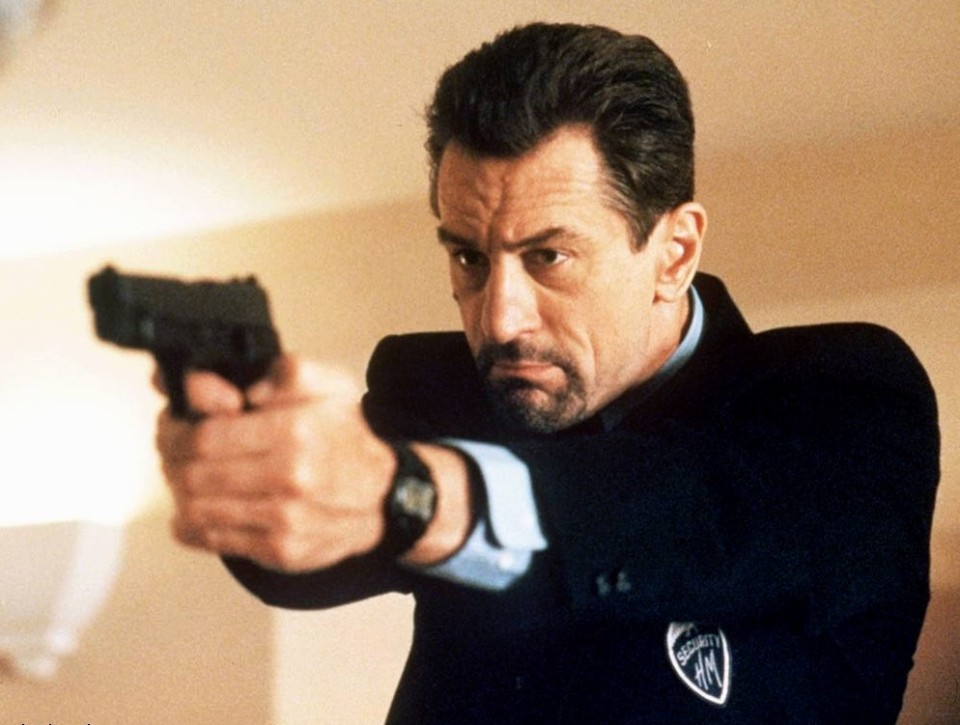 Heat is known for being the first movie where Al Pacino and Robert de Niro are in the same movie and share screentime together. The acting from the two is excellent, both fitting their characters very well. Al Pacino is explosive and magnetic as Hanna the cop, and Pacino really gives him such a depth that makes him one of the actor’s most fleshed out characters. Robert de Niro as McCauley the thief is thorough and collected, and he has such a great on-screen presence. These two legendary actors don’t share much screen time in the film, but the movie does a good job at making you really wait and anticipate it. The iconic café scene where the two finally meet face to face for the first time is spectacular, I won’t say much more beyond that as everything that can be said about that moment has been said already. From the basic setup of characters, it could be easy for any filmmaker to turn Hanna into a hero figure and McCauley into an antagonistic force, but Mann and the two actors never lets the film succumb to this, and they did a good job at not making it purely black and white all the way through with regard to their characters. The rest of the cast are great, in fact this movie is stacked to the roof with stars. The cast includes Val Kilmer, Jon Voight, Tom Sizemore, Ted Levine and more, all of them playing their parts very well. 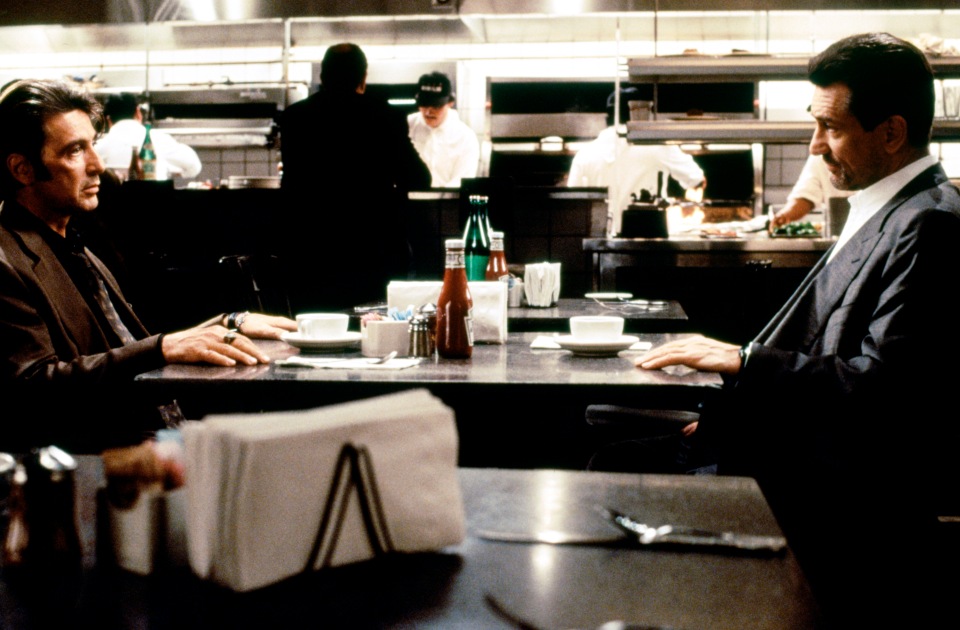 Michael Mann’s direction is simply fantastic through and through. First of all, Dante Spinotti’s cinematography is mesmerising and gorgeous. Every scene is beautiful to watch, especially the scenes that take place at night. Heat is especially known for its heist sequences and for very good reason. They are spectacularly directed, tense, and full of adrenaline, and they also feel so realistic. The sound design is excellent, with the sounds of loud bullets and the clicks of the guns and more being almost deafening, in a good way. Additionally, Heat has a fantastic score from Elliot Goldenthal, which can be very tense but it also knows when to be calm and serene based off the moments its used in. 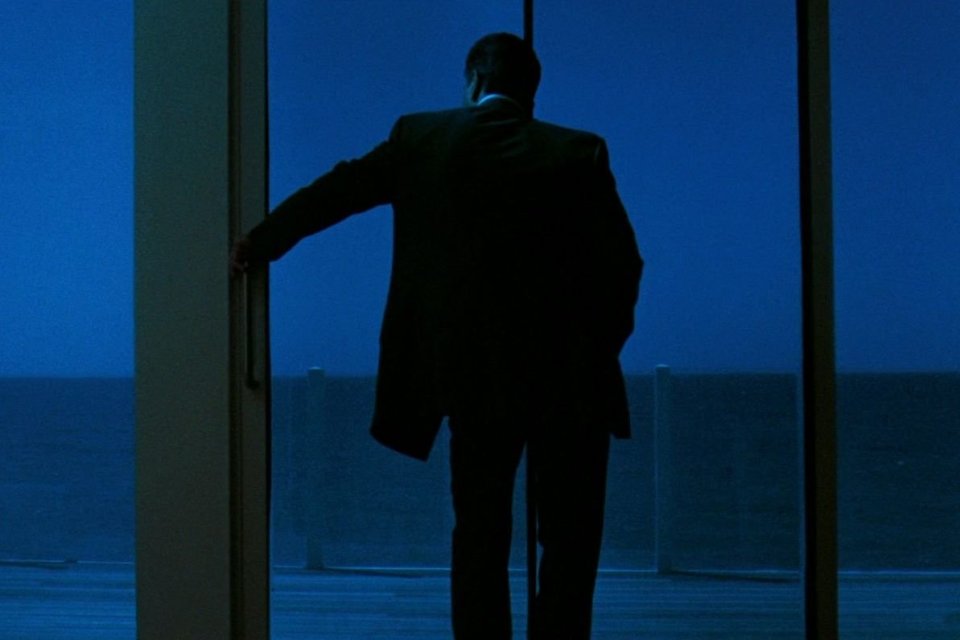 Michael Mann has directed many outstanding films but Heat really is his magnum opus, and it’s easy to see why its so iconic and had a massive influence on other movies made since then. It really is fantastic on all fronts with writing, directing and acting, all of it is pretty much perfection. Absolutely essential viewing.