Hobbs (Dwayne Johnson) is tasked with catching a team of mercenary drivers who manage to evade him every time. However, he enlists the help of Dominic Toretto (Vin Diesel) and his team in exchange for full pardons for their past crimes.

Fast Five injected some much needed life and energy into the Fast & Furious franchise. It was a street racing action series, but its fifth movie made the switch to being a heist action movie and that worked really well. Not only was it the best film in the series at that point, but critics and audiences alike really enjoyed it. Director Justin Lin, who made Fast Five (as well as Tokyo Drift and Fast & Furious) directs the follow up with Fast & Furious 6. Whether or not its better or worse than the previous instalment, I think it’s around the same level, and I really enjoyed it.

While I’m not sure on the whole it’s a better movie, I do think that the story of Fast and Furious 6 is more engaging than Fast Five. Rather than it just being another heist, it does take a slightly different story direction. It is definitely still in the heist/crime tone established with Fast Five, which is definitely to its benefit. However what makes it interesting is the way it changes it up. They team up with Dwayne Johnson’s Hobbs this time instead of being chased by him. They are also up against another team of criminals led by Luke Evans, and as its pointed out in the movie, his team is like an evil mirror to Dom’s team. While you really only remember a couple of them, they do make for memorably formidable antagonists. Unlike the villain of 5 who’s just a guy they need to rob, you really feel that they are on the level of Dom’s team. And of course family is a notable part of the movie, this time the big family draw is the fact that the character of Letty (played by Michelle Rodriguez) is not only back from the dead after being assumed dead in the 4th movie, but is also in Luke Evans’s team and doesn’t appear to remember anything. This is a key reason why Dom decides to work with Hobbs and so it is a key part in the plot. I will say though that some of the reasons behind her return are very convoluted and farfetched to say the least. That aside, both aspects come together to make a story that I was interested in. Once again it is the strange but nonetheless effective mix of an approach that doesn’t take things too seriously, while being endearing in how it handles the story and characters and of course family. It also has a good mid credits scene that leads into Furious 7, well worth sticking around to watch. 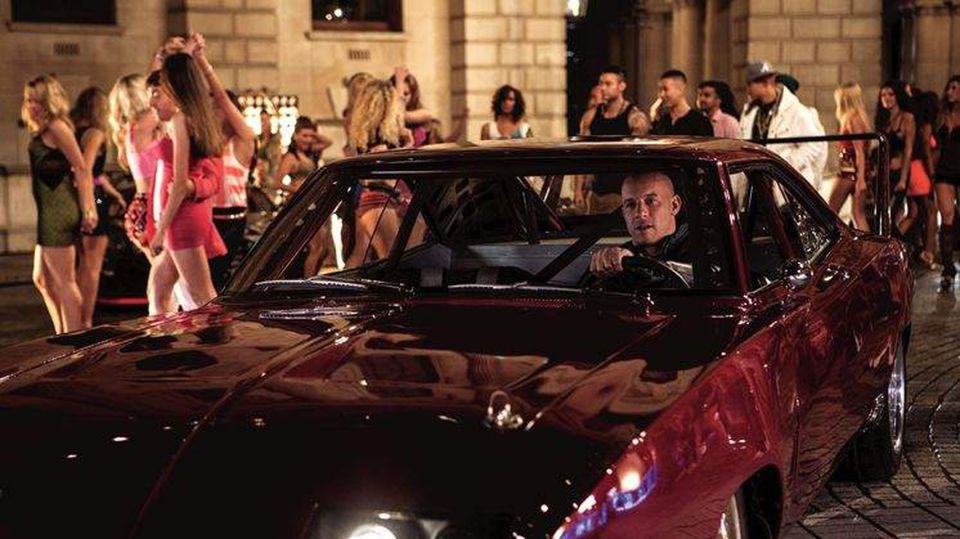 The main cast of Fast Five return, with Vin Diesel, Paul Walker, Jordana Brewster, Tyrese Gibson, Ludacris, Sung Kang and Gal Gadot. They come into their own here, with great chemistry between them. I’d actually say that they are better here than they were in the last movie. The newcomer of the main cast in the last movie was Dwayne Johnson has Luke Hobbs, and as mentioned earlier is working with Dom and his team instead of pursuing them, he makes a great addition with them and they play off each other really well, as can be expected considering it’s The Rock. One of the main aspects of the movie is Michelle Rodriguez returning as Letty, and she’s a welcome returning player. The villain of Owen Shaw played by Luke Evans works quite well. He’s not great and isn’t that interesting of a character, however he’s definitely a step above the villains in the previous Fast and Furious movies. He isn’t intimidating and imposing especially when he’s put up against Vin Diesel or Swayne Johnson, but he is nonetheless shown to be ruthless and a different kind of threat that wasn’t in the past movies.

Director Justin Lin returns from Fast Five for this, at this point he’s pretty familiar with the franchise. It mainly comes down to the action, and there’s not much to complain about there. There are some great set pieces and clearly a lot of thought went into them. They really benefited from energetic camerawork, solid editing and good practical effects. The action is even crazier and sillier than Fast Five, not at all worrying about the laws of physics, yet you are constantly focusing on what’s happening and entertained throughout.

Fast & Furious 6 is around the same level of Fast Five for me. The action might not be quite as memorable as the action scenes in Fast Five, but here the story is a little more interesting, and the cast actually worked better. It’s a solid follow up to Fast Five and was quite enjoyable, among the better entries in this franchise.

This is the origin story of former Special Forces operative turned mercenary Wade Wilson (Ryan Reynolds), who after being subjected to a rogue experiment that leaves him with accelerated healing powers, adopts the alter ego Deadpool. Armed with his new abilities and a dark, twisted sense of humor, Deadpool hunts down the man who nearly destroyed his life.

Deadpool was one of my most anticipated movies of 2016. I’ll admit I didn’t know much about Deadpool, I had heard of him and I knew the general idea of his character but I haven’t read comic books of him or watched any shows or movies featuring him (I don’t think X Men Origins Wolverine counts). Having seen this movie though, I want to watch and read everything Deadpool related, this movie immediately made me a fan of him. From the writing, to the acting and the excellent direction from newcomer Tim Miller, Deadpool is one of the best superhero films I’ve seen in a while. 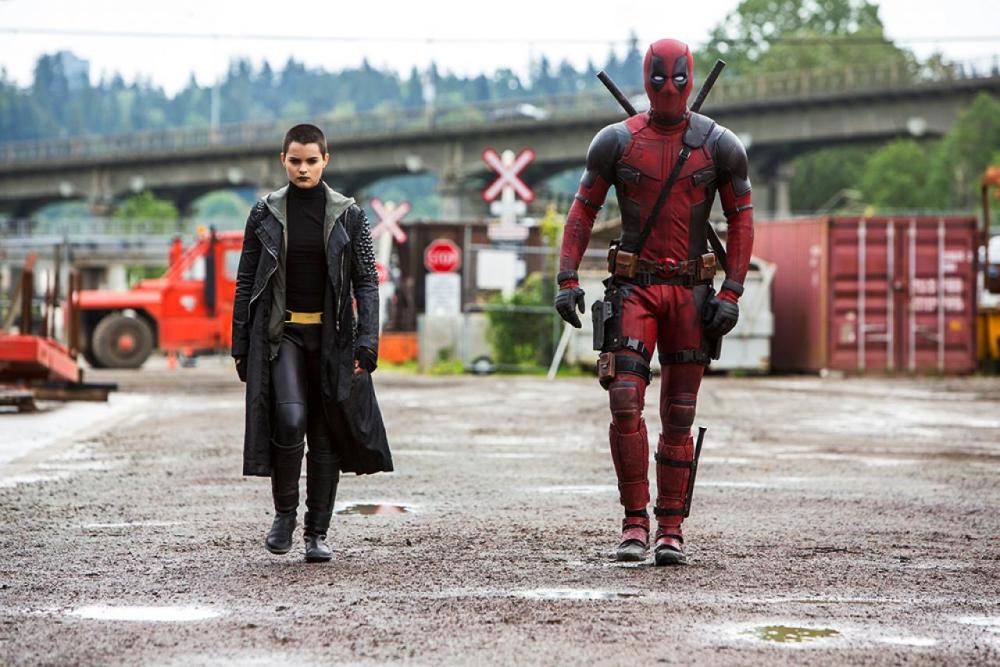 The movie is very well written, from the opening credits, you know what sort of film you’re going into. As you could probably tell, this movie was very funny, whether it be fourth wall jokes, the dialogue, the characters or when it takes shots as certain things outside the movie, even Ryan Reynolds’s career, including Green Lantern and X-Men Origins Wolverine. Another great thing is that you actually care about what’s going on, one of my main concerns going in was that it would just be an action comedy superhero movie and it would be just Deadpool being cool and funny, with no real emotional weight to the film, but it definitely has that. By the way, there is an end credit scene, so make sure you wait until the end. 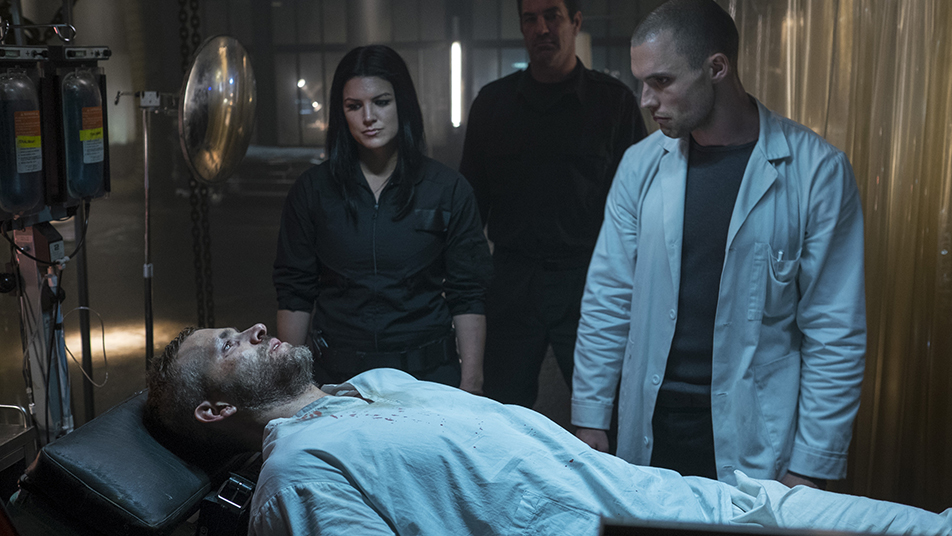 Ryan Reynolds absolutely is Deadpool, he is as much Deadpool as Robert Downey Jr is as Iron Man or Hugh Jackman as Wolverine. Like I said earlier with the emotional weight, Reynolds also shows off his dramatic chops as well as his comedic ones. The supporting actors also did good jobs. Morena Baccarin plays Wade Wilson’s girlfriend and I thought that she did a really good job, she shared great chemistry with Reynolds and the love story between the two actually worked for the film, it added to it in fact. The film also features two X Men, Colossus and Negasonic Teenage Warhead, both who were great in their roles. A fair criticism that some may have is that the villains, Ajax (Ed Skrein) and Angel Dust (Gina Carano aren’t that well developed. I thought that they worked for the plot and the actors did good jobs with what they had, particularly Ed Skrein, who looks like he’s having a great time as the villain. Also Stan Lee has quite possibly the best cameo he’s ever had.

The action scenes were fast paced and well filmed. The film’s budget is definitely lower than most other comic book movies but it still was used very effectively. The CGI was also used effectively when it was needed, such as in the case of Colossus, who was a fully CGI character. The soundtrack which includes tracks by the very talented Junkie XL was also great.