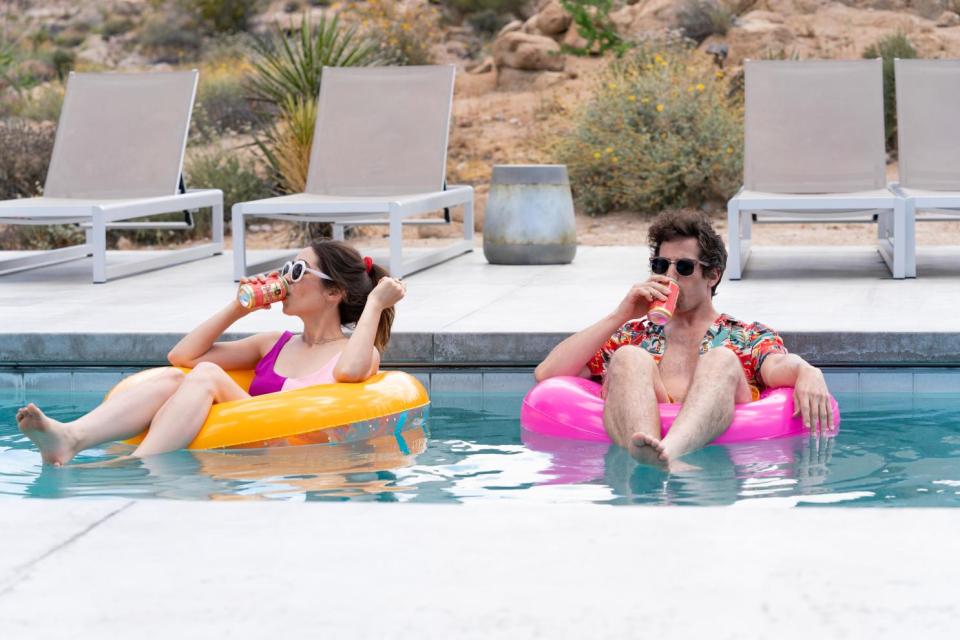 While stuck at a wedding in Palm Springs, Nyles (Andy Samberg) meets Sarah (Cristin Milioti), the maid of honor and family black sheep. After he rescues her from a disastrous toast, Sarah becomes drawn to Nyles and his offbeat nihilism. But when their impromptu tryst is thwarted by a surreal interruption, Sarah must join Nyles in embracing the idea that nothing really matters, and they begin wreaking spirited havoc on the wedding celebration.

I had heard of Palm Springs for a while now, it had been receiving a lot of praise. All I really knew about it was that it was a comedy, Andy Samberg was in it, and it’s yet another one of those movies that involves time loops. I really wasn’t expecting much from it honestly, but it actually lived up to the hype and praise. Palm Springs was one of the most enjoyable movies of the year, with a fresh and great script and some really good performances.

As I said earlier, Palm Springs is another time travel movie about protagonists being stuck in time loops repeating the same day, with films with similar concepts including Groundhog Day, Edge of Tomorrow, and Happy Death Day. It’s a worn-out formula but thankfully this movie has a fresh take on it, making sure not to fall into the clichés that other films of this type do. The script is smart, creative and inventive, keeping you engaged and entertained all the way through. One of the biggest surprises is that even though this film is more comedy than drama, actually has depth and was more thoughtful than I thought it would be, with it actually being a heartfelt look at loneliness and life itself, on top of it being a funny time loop movie. However, it’s also very funny, it’s not one of the funniest movies I’ve seen or anything, but at the very least it was enjoyable to watch from beginning to end. The movie is about an hour and 30 minutes long and that was about the right length for the plot. In terms of issues with the plot, the last 20 minutes or so do feel a little out of place as it does seem a bit awkward when it’s trying to tie things up at the end, it just felt a little bit generic unfortunately, but even then it didn’t bother me too much. 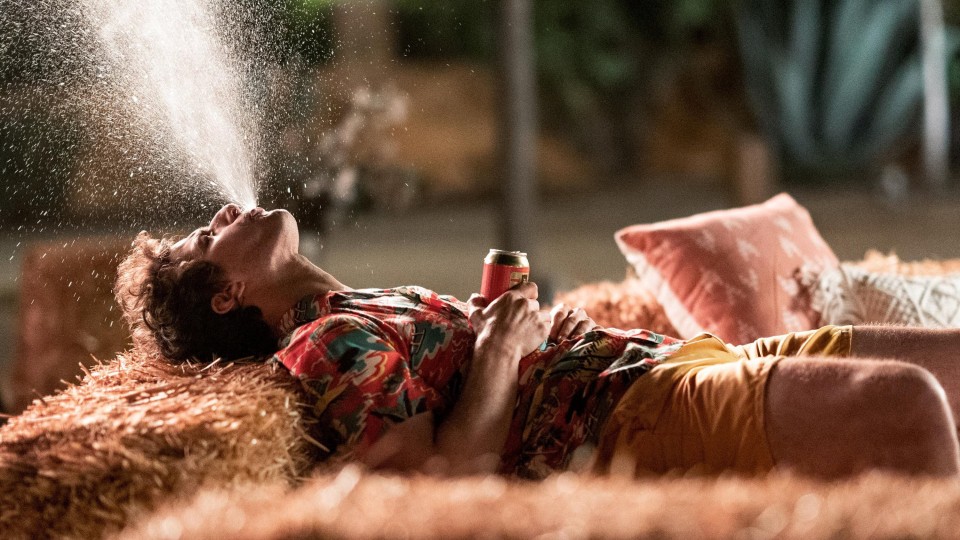 Andy Samberg and Cristin Milioti are in the lead roles and are fantastic on their parts. I really mainly know Samberg from Brooklyn 99, I liked him in that and he’s also great here. He was perfectly cast in this role, he works very well on the comedy side, but also on the drama side. However, it was Milioti who stood out the most between them and was even better. Those two share some great chemistry and are the strongest parts of the movie, and that’s saying a lot considering the solid script. The supporting cast is good too but the standout from all of them was J.K. Simmons, who isn’t in the movie a ton but is a scene stealer for sure.

Palm Springs is directed well by Max Barbakow, and it definitely serves the solid script very well. While there’s not a lot to say about it compared to say the writing and the acting, it is edited well and it’s a great looking movie, especially with the colour palette, and the use of music was very effective.

Palm Springs is a really solid and creative comedy, which has a fresh take on the time loop comedy, and was fun to watch. It’s heartfelt, it’s funny, it’s very well written, and it was all around enjoyable to watch. However, it is the fantastic performances from and on-screen pairing of Andy Samberg and Cristin Milioti that shines the most. It is one of the biggest surprises when it comes to movies from 2020, and is definitely worth watching.