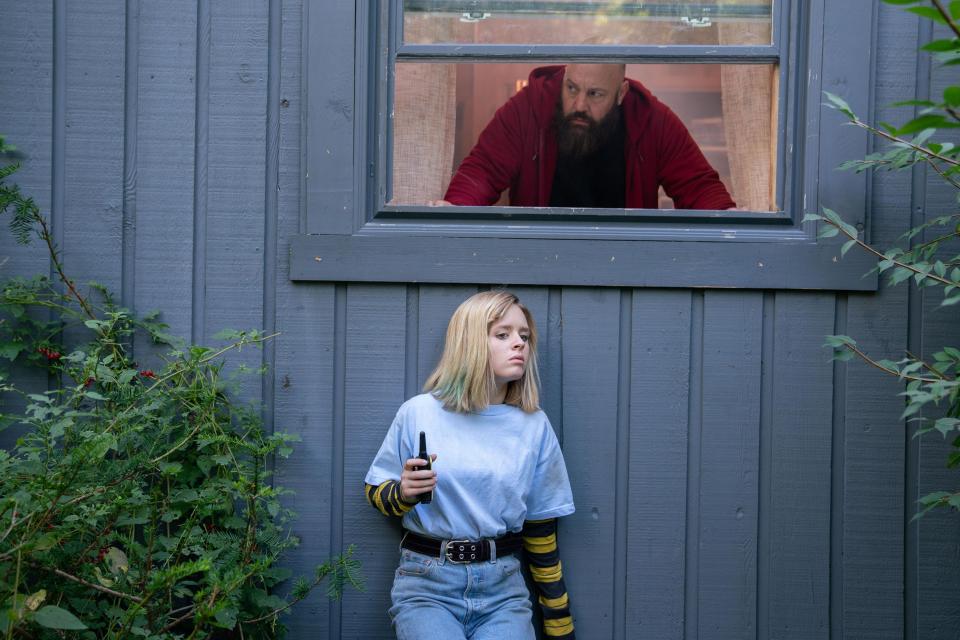 Spunky and rebellious Becky (Lulu Wilson) tries to reconnect with her father (Joel McHale) during a weekend getaway at a lakefront house. But the trip soon takes a turn for the worse when convicts on the run, led by the merciless Dominick (Kevin James), suddenly invade the home.

I heard of Becky as some violent home invasion movie that some people liked, I wasn’t really expecting much from it, it didn’t look that great to me. Checking it out for myself, it was a little better than I was expecting, but it’s not that good and still could’ve been better. I enjoyed it for what it was however. 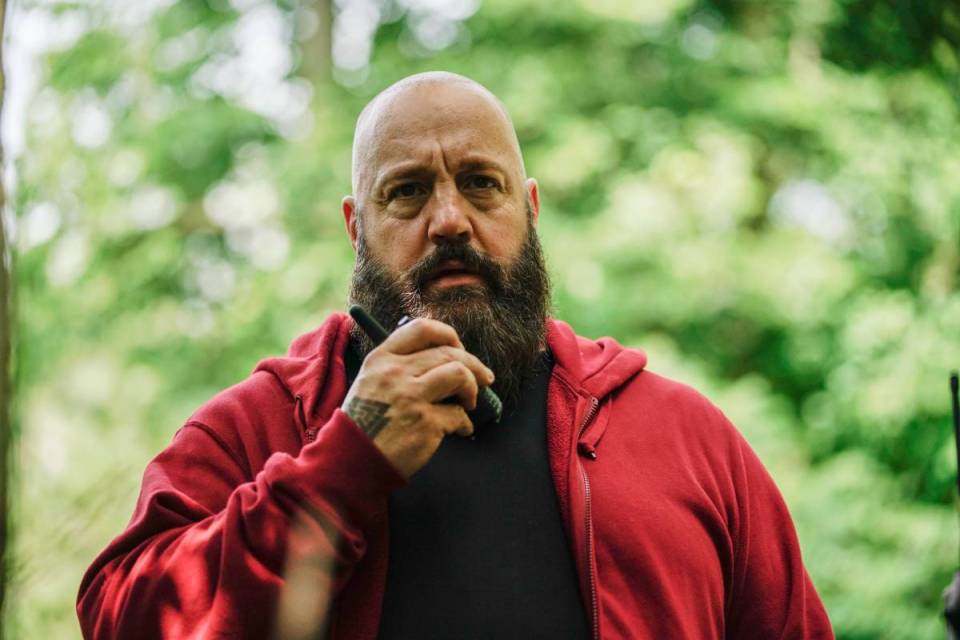 The script is probably the weakest part of the movie, it’s feels blandly written and it feels like a second or third draft. The setup of the plot is pretty familiar, and the story beats are very predictable. I do think that the movie takes itself slightly too seriously, and as a result a lot of the flaws are made even more present. It does aim for drama in the first act but I just wasn’t invested. Once Kevin James and his gang show up to the house, it really picks up and starts to become somewhat thrilling. The plot is based around a key that the gang is trying to find, which is basically the film’s MacGuffin. There’s a brief explanation of what it is but ultimately it could’ve been swapped out for anything, and I kind of wished that the key wasn’t the big focus. You don’t care much for the characters. Becky is a bit unlikable even before she goes on the rampage (and isn’t really fleshed out as a character), and Kevin James and the neo nazis aren’t really explained or fleshed out either. The few bits of character motivation and development are done so blandly, and there’s particularly one of the gang members, whose motivations are just all over the place and inconsistent. The tension is not particularly strong, though that’s generally because most of the time Becky is generally on top of things. At around 90 minutes long, it is about the right length for the movie.

There are two performances which elevate the movie. One of them is Lulu Wilson as Becky, the teenage protagonist who doesn’t just defend herself against the antagonists, but takes fully bloodthirsty revenge on them. She really commits to this role and really makes the main character work so well, especially in her acting in the more intense and violent scenes. Kevin James plays the villain, marking this as the first time he played a dramatic role. I’ve not watched anything else from him but I do know that he’s known as a comedic actor often collaborating with Adam Sandler, and was Paul Blart Mall Cop. As the leader of a Neo Nazi gang, he’s quite good and is menacing enough. Though there’s a limit to how good he is, and the fault isn’t necessarily on James’s part as an actor, but the material given to him; the dialogue and character overall was not written as greatly as it/he could’ve been. I guess at the very least it shows that he definitely has the range. The rest of the performances range from being okay to being not that good.

Becky is directed by Jonathan Milott and Cary Murnion, and generally they handled the movie pretty well. The violence is brutal and that really helped because otherwise the movie would’ve been a bit bland and a slog to get through. I particularly like that the movie really went for the gore, it really didn’t hold back at all. Despite this, every ‘shocking’ moment felt either predictable or slightly awkward, and there is no impact or bite to them. At most I was like “wow, that’s a lot of blood” but nothing more than that. Nonetheless I’m glad they are there, and the gore effects themselves are pretty good.

Becky was better than what I expected, although it’s still a typical home invasion movie, with a somewhat average script which could’ve used a lot more work. With that said, it’s generally well made, and the performances from Lulu Wilson and Kevin James elevate it. If you want a violent home invasion thriller with a lot of gore and you are not necessarily expecting anything great, this movie might be for you.