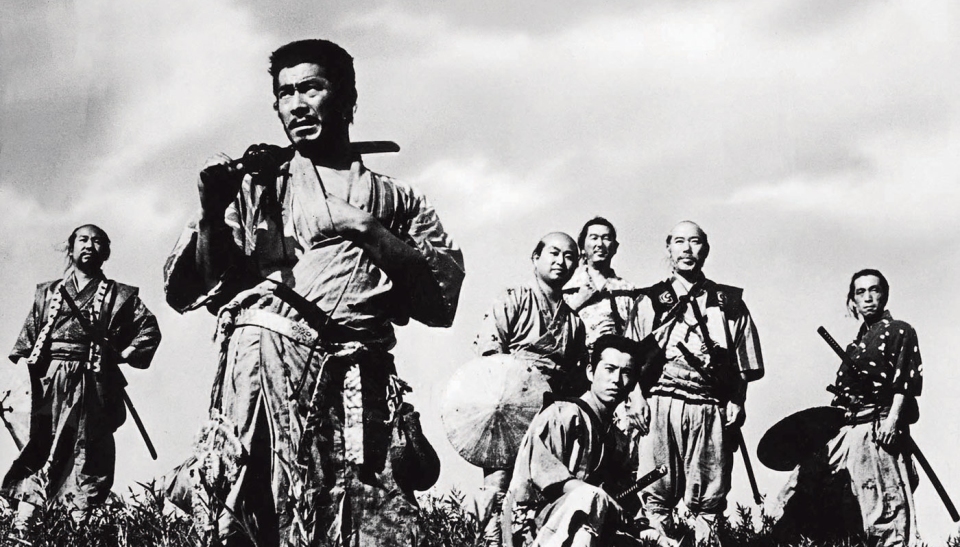 A veteran samurai, gathers six samurais to protect a village from the cruel bandits. As the samurais teach the natives how to defend themselves, the village is attacked by a pack of 40 bandits.

There were plenty of well-known famous movies that I knew of that I had yet to check out for myself, many of them were classics. Seven Samurai was one of them, and it was a bit intimidating and daunting going into it. It was a black and white movie, with aspect ratio of 1.33:1, it’s in Japanese and was 3.5 hours long. However I came out of the movie really loving it. 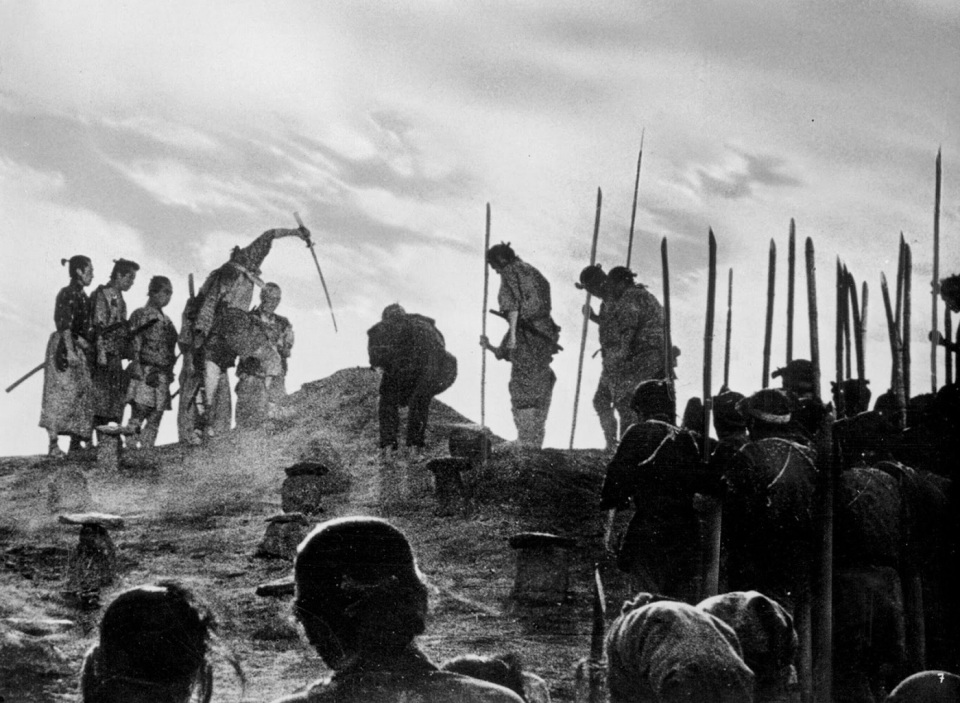 The astonishing thing about Seven Samurai is that it seems far too modern for a film made in the 50s, it really can still compete with action films today. The length and the amount of time spent on characterisation and story might put off some of the audience, but I’d say that the film does enough to grip audiences even today. The story is told in two parts, separated by an intermission. The first part is about the initial plight of the villagers, the title characters being assembled to help the village, their arrival into the village, and the several tactics they come up with in preparation. The next part brings the bandits into play which ultimately culminates in a giant battle that tests both the samurais and the villagers. As said earlier, it is a little over 3 hours long which can be intimidating, but it makes great use of that runtime. The script is pretty much flawless, director Akira Kurosawa is incredibly patient in his approach to the story here, and his storytelling is strong. He’s never in a hurry as he builds up the premise slowly, taking his time on focusing on defining the village’s desperate situations before introducing the samurais. He also lets each scene play out gradually, and even infuses humour wherever he can. It really focuses well on all the characters and the situations, really fleshing them out. It’s an epic tale held together firmly by all seven major characters, each of them are given tremendous depth and arcs in the script. A lot of the character development is conveyed through events and dialogue that reveal truths about each of them. With so much attention invested into each of them, the entire story would deviate greatly if even one of them were removed. Despite the looming battle that’s anticipated, Seven Samurai isn’t simply about the battle at the end. It’s about two distinct groups of people that mistrust each other, but who work together. It’s easy to see how many films Seven Samurai has influenced: countless westerns and action films, or really any film in which a team is assembled to carry out a challenging task.

Seven Samurai features a highly devoted cast, and every single one of them leave their imprint as their respective well developed and engaging characters. Many of the characters are very well fleshed out, but none of them stand out as much as two of the samurai. The first is the leader of the seven samurai, played excellently by Takashi Shimura as a veteran samurai, who commands quite a strong on-screen presence. The second is that of the character of Kikuchiyo played by Toshiro Mifune. The character is fascinating, funny and dominates just about every scene he’s in, and you want to learn more about him (and over time you do). From beginning to end, Mifune delivers a fierce and energetic performance that really stands out even among the other great actors. The rest of the supporting cast is no slouch and play their part very well too. 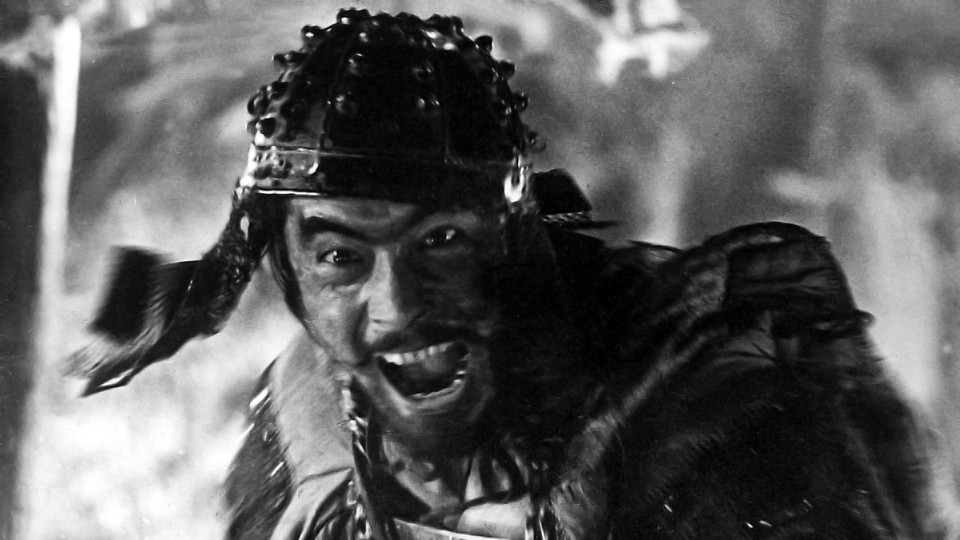 This is the first movie I have seen from Akira Kurosawa, and from this alone I already know that he’s an absolutely masterful filmmaker. First of all, it’s shot very well. The cinematography does a great job in creating a very rich atmosphere, and the use of close ups, slow-motion and smooth manoeuvres with the camera are composed excellently. The location and settings also evoke an era reminiscent of its timeline. The editing is perfect too, for the mere fact that it keeps the audience’s runtime despite the demanding runtime. There are some spectacular action sequences, Kurosawa really gives the battle scenes a grand sense of scale. Watching it now, you can clearly see the influence that it has had on so many films since then. Lastly it boasts a memorable and effective background score that suits the story very well. 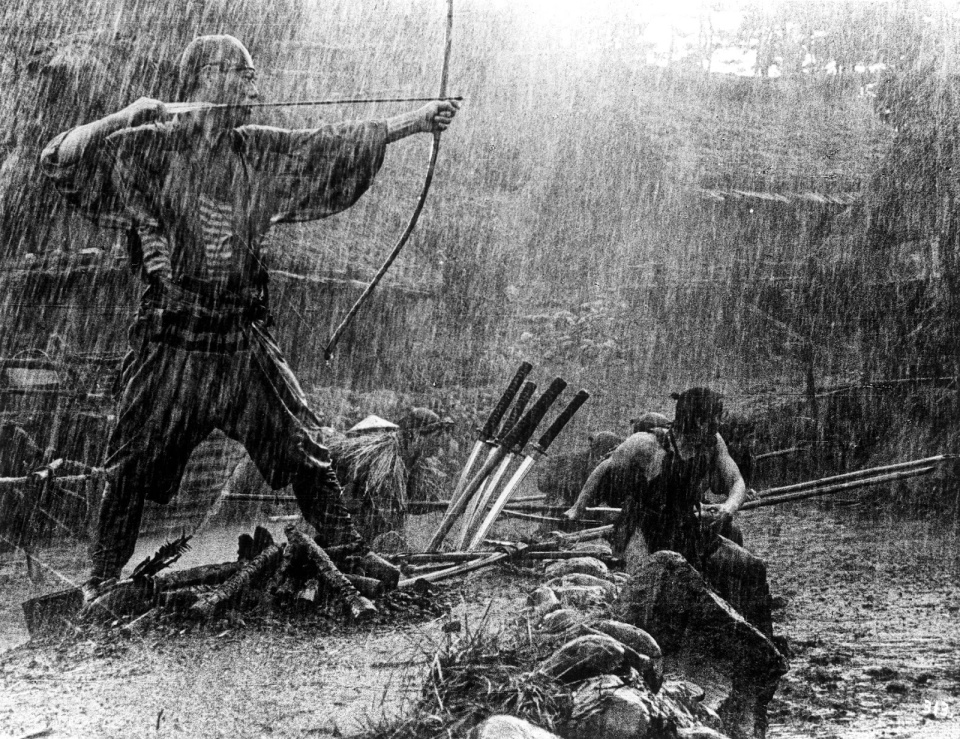 Seven Samurai is definitely an influential movie that fully lives up to its enormous reputation, and it’s easy to see why it is considered to be a great achievement in film. The script is dense yet keeps your attention throughout, the characters are well developed and performed excellently by the cast, and Akira Kurosawa’s direction is masterful and ahead of its time. I understand that it is an intimidating movie to watch for the first time, but I do highly recommend checking it out if you haven’t already, it is absolutely worth it.