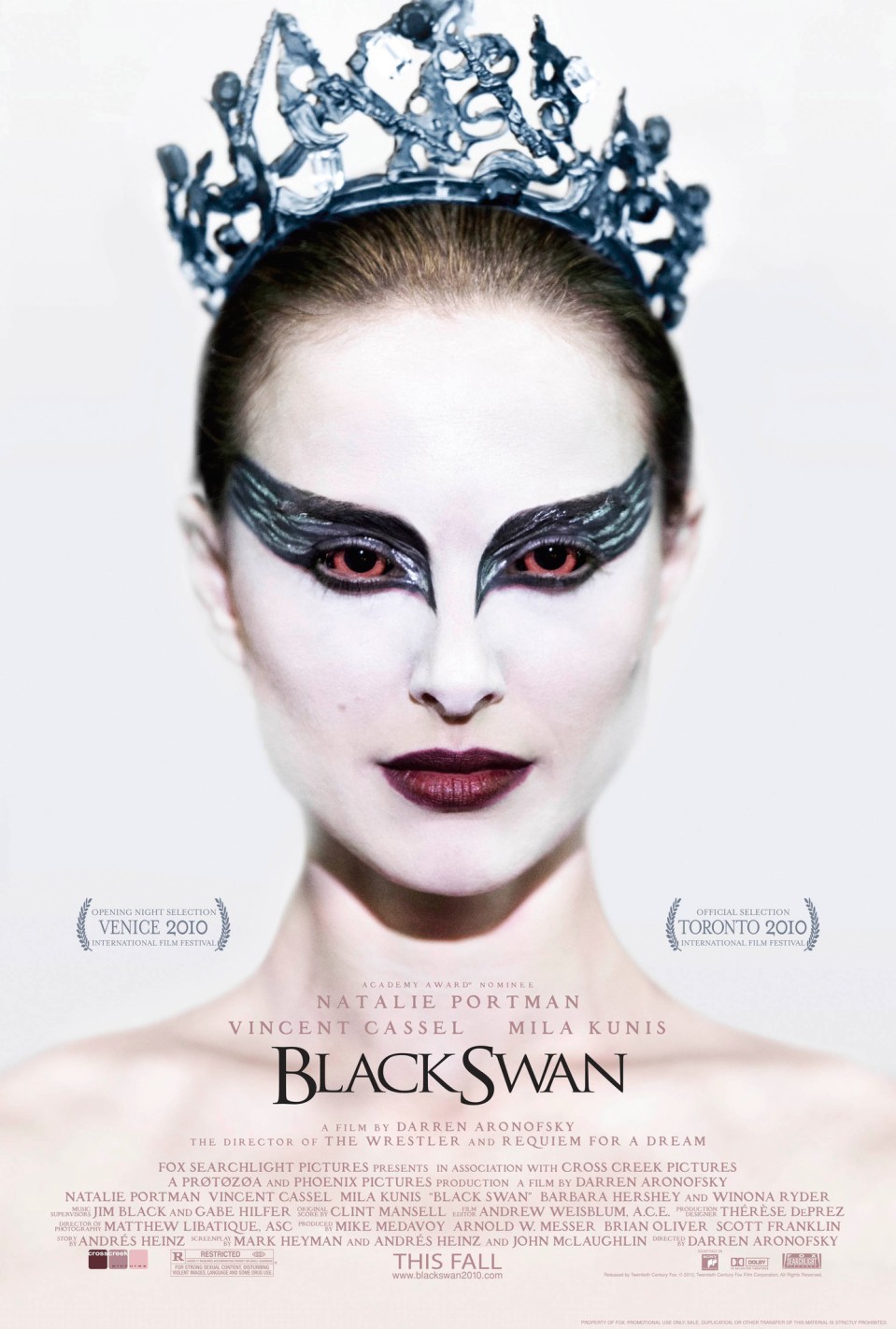 Nina (Natalie Portman) is a ballerina whose passion for the dance rules every facet of her life. When the company’s artistic director decides to replace his prima ballerina for their opening production of “Swan Lake,” Nina is his first choice. She has competition in newcomer Lily (Mila Kunis) however. While Nina is perfect for the role of the White Swan, Lily personifies the Black Swan. As rivalry between the two dancers transforms into a twisted friendship, Nina’s dark side begins to emerge.

I liked Black Swan when I first saw it, and it definitely got all the acclaim that it deserved. I’ve already watched most of director Darren Aronofsky’s work (with the exception of The Fountain), but I wanted to have another look at some of his movies, and so I started my rewatches with Black Swan and got even more out of it this time. Aronofsky’s direction was really great and as usual Natalie Portman is fantastic.

I won’t go into too much depth about the plot in case you still haven’t gotten around to seeing the movie yet. Darren Aronofksy really keeps this movie tight at an hour and 50 minutes long, it keeps the pace up pretty quickly and on a second viewing I really noticed it. It starts out as a movie about what an artist would do for art, and it is that throughout, but it also turns into a psychological thriller. It really goes crazy in the third act to say the least, and when the film needs to go horror, it really goes there. Looking at the plot from beginning to end, it’s so perfectly crafted and well put together.

Everyone in the cast was outstanding, however this is really Natalie Portman’s show, giving a career best performance here. Her character’s whole thing is that as how she is now, she’s perfect for the role of the White Swan but in order to perfectly perform The Swan Queen, needs to delve deeper into darker territory to portray the Black Swan as well. Her descent and change were very convincing, and Portman works well. Her performance is essentially what drives the whole movie, as great as Aronofsky’s direction is here, Black Swan wouldn’t have worked without Portman’s excellently performance. Mila Kunis gives probably her best performance yet as a seemingly rival to Natalie Portman who seems to work as the Black Swan, which would compel Portman towards a different side. Vincent Cassel is also really great as the director of the ballet, who also pushes Portman further towards becoming more of the Black Swan. Definitely one of Cassel’s most standout performances. Barbara Hershey was also good as Portman’s obsessive mother, adding even more strangeness and uneasiness to the whole movie. Winona Ryder is in here in a smaller role as the previous Swan Queen before Portman, but she still really worked in her few scenes.

Darren Aronofsky’s direction of Black Swan is excellent. I know it should go without saying but the actual ballet portions of the movie are showcased, choregraphed and displayed on screen very well. When it comes to the psychological horror side (especially towards the latter section of the movie), it’s effectively creeping and unnerving. The limited sections of crazy visual effects still hold up really well 9 years later. The score by Clint Mansell really works (which is to be expected of him at this point), very haunting yet beautiful, much like the whole movie.

Black Swan is Darren Aronofsky’s best film yet, and considering some of the movies that he’s made, that’s saying a lot. His direction was great, really portraying a descent into madness well, with great acting, especially from Natalie Portman who gives an extraordinary performance here. Definitely one of the best films of 2010 and the 2010s, and worth a watch if you haven’t seen it already.