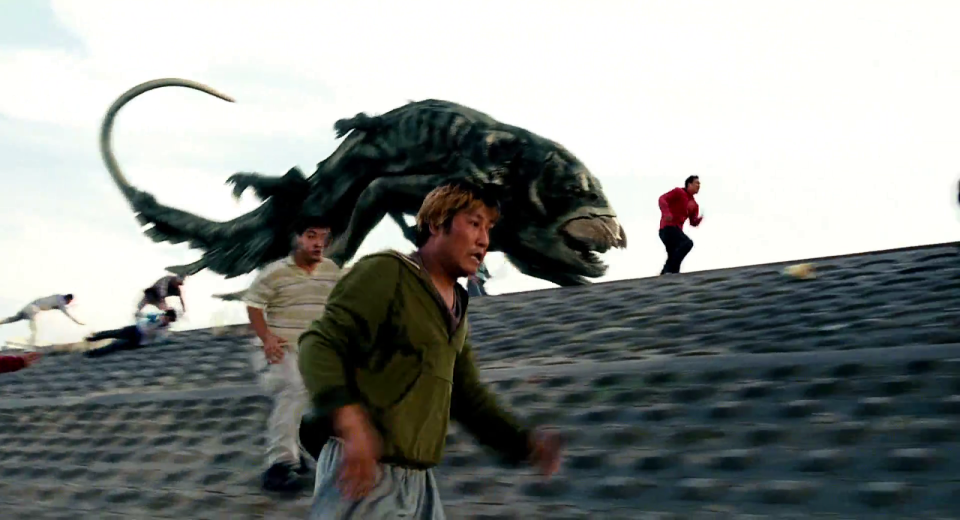 An unidentified monster appears from the Han River in Seoul, kills hundreds and also carries off Hyun-seo (Go Ah-sung). When her family learns that she is being held captive, they resolve to save her.

After watching Parasite, I wanted to watch more of Bong Joon ho’s movies. The Host (not to be confused with the 2013 movie based on Stephanie Meyer’s book of the same name) had been on my long list of movies to watch for a while, I just knew of it as a monster movie, and it certainly was that, but having seen it I can say that it turned out to be a little more than just that. A greatly well made and original movie, The Host was quite an enjoyable monster flick, and had quite a lot of surprises in store that I wasn’t expecting. There’s plenty of monster movies, and if you’ve watched many of them, they can feel rather samey, and ultimately follow the same beats as other movies in the genre. However, Bong’s take on this worn out genre manages to be fresh and original. There’s also some deeper subtext and thematic elements at play, it’s actually more politically charged than you’d think it would be. The opening scene indicates that there’s much more to the movie, with scientists pushing chemicals into the pipe, which would eventually cause the monster to be created. While the plot beats aren’t exactly unpredictable, the story felt fresh enough that it didn’t matter too much. On top of that, the plot is quite captivating, and you’re invested from beginning to end. It’s tense and surprisingly emotionally involving, especially with the characters. At the same time, The Host is surprisingly darkly comedic and entertaining throughout, having some funny moments while not sacrificing the overall tone, it’s all balanced quite well.

The cast are all good with Song Kang-ho, Byun Hee-bong, Park Hae-il, Bae Doona, and Go Ah-sung playing the family at the centre of the story. The dynamic between all of them is great, which is good because it’s sort of a family drama on top of being a monster movie. The standout was long time Bong collaborator Song Kang-Ho, he’s great in everything and his performance as the father of the girl who was taken by the monster is no exception. Most monster movies have characters that are just there to be the main characters because every movie in that genre needs to have then, while the destruction and/or the monster is really the focus. The Host however is actually driven by these characters, and they are all acted and handled in the movie quite well. 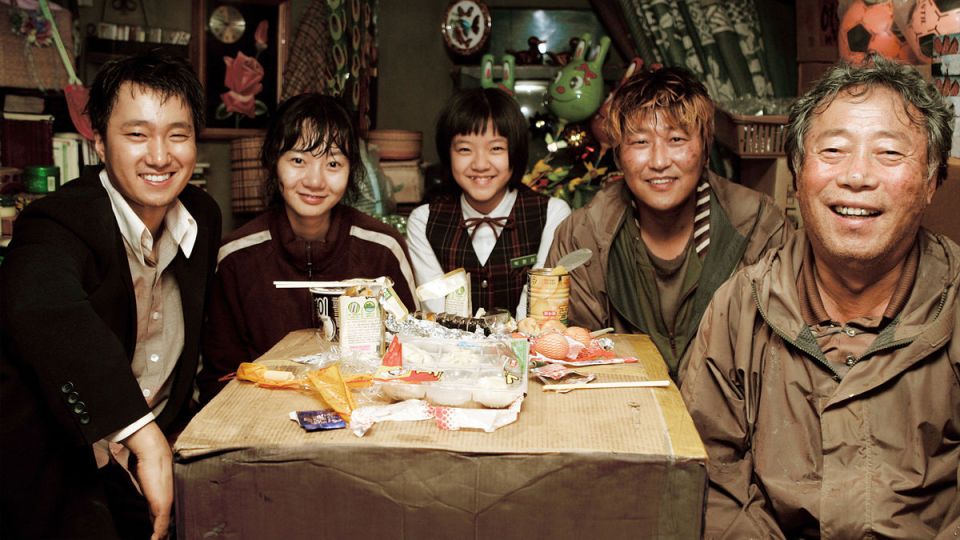 Bong Joon ho’s direction is great as expected, it’s so incredibly well shot and filmed. If you’ve seen any of his movies Memories of Murder onwards, you know how great he is, and that extends to the monster movie genre too. There are many thrilling sequences that ranks among the best of the genre. Now the only overt flaw is some of the dated visual effects on the monster and… it definitely hasn’t held up well. But it’s a testament to its design and the direction of the whole movie that this monster manages to be so effective, memorable and threatening whenever it’s on screen.

The Host is a great monster movie, and it’s a great movie in itself. The acting is really good, Bong Joon-ho’s direction was top notch, and I liked everything that Bong brought to the movie with his writing. All of these elements come together to form a mixture of styles that work effectively. Even if you might think the monster movies are a little samey, The Host is definitely one to seek out.