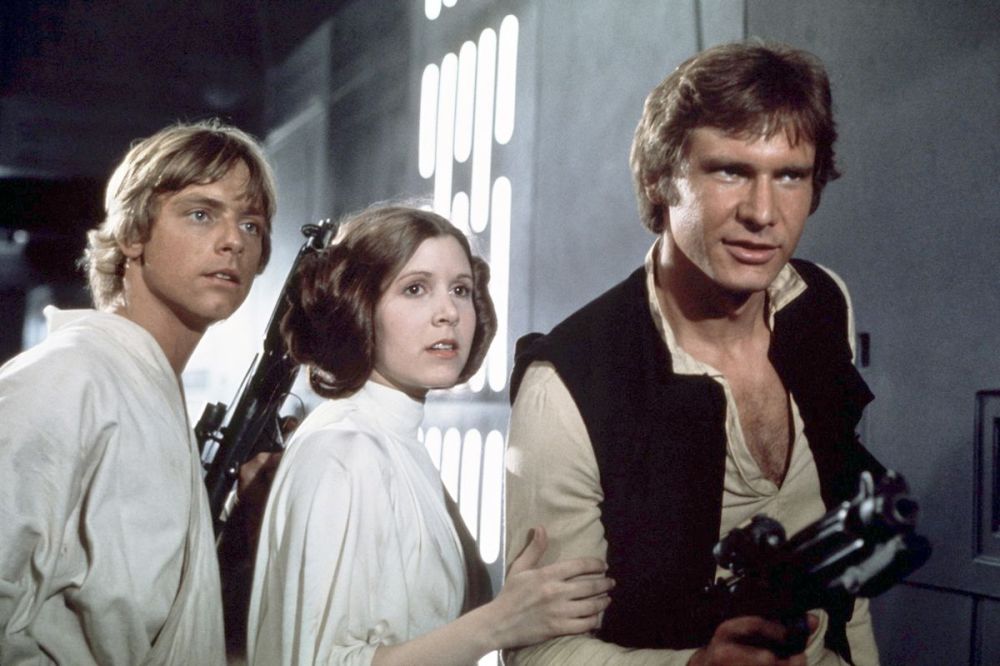 Star Wars (or what is now known as Star Wars Episode 4: A New Hope) is an absolute classic, and pretty much everything has already been said about this movie. However, since I’ve been going through and reviewing all of the Star Wars movies again, I still have to talk about it, so I’ll do my best. Even with some issues (from the movie as it was released or some changes made later on), it had such an impact on cinema, even just as one movie before it became a series.

Talking about the movie is pretty hard because so much of the movie practically speaks for itself. I’ll talk more about my personal thoughts, and even some problems about certain things. It was revolutionary for its time, with regards to the story, the world, and the technical execution. I will say that after the opening scenes and R2-D2 and C-3PO land on Tatooine, it does slow down a bit, and there’s a period where I’m not that invested in the story. It picks up when we first meet Obi Wan Kenobi, and picks up even more when we meet Han Solo and Chewbacca. When it’s them on the Death Star, that’s really when the movie shines, all the way to the end with the final attempt to blow it up. From that point forwards, it’s almost perfect and really entertaining. The story is simple but well planned out, and you can really tell why this movie was so influential, especially with the worldbuilding.

The cast mostly do well. Mark Hamill as Luke Skywalker wasn’t exactly great in this movie, however he noticeably improves over his next film appearances. Completing the rest of the trio is Carrie Fisher as Leia, and Harrison Ford as Han Solo, and both are great. Alec Guinness as Obi Wan Kenobi is also excellent, he really makes the character believable. With the combination of David Prowse’s physical performance and the iconic voice of James Earl Jones, Darth Vader is an iconic character. With that said, Vader wasn’t anything special in this movie, he has a classic look, can choke people with the force, and has a red lightsabre, but you more or less see him pop in and out of scenes, and you don’t really feel such a presence with him. He only really started being great in Empire Strikes Back. 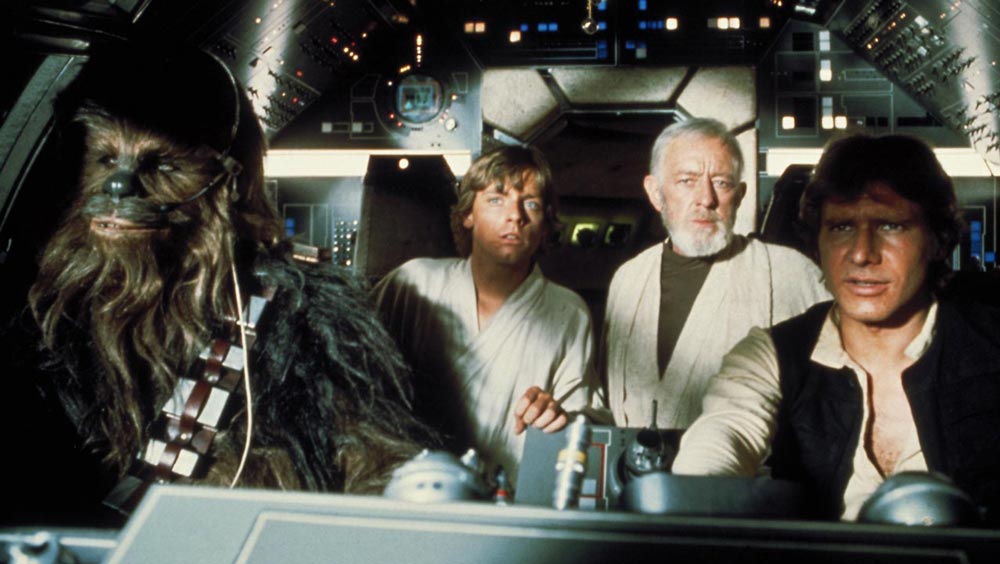 Considering all the odds and the ambition of the film, George Lucas has directed this excellently. Sure some visual effects haven’t held up, but that’s to be expected, with this movie coming out all the way back in 1977. Ignoring the visually effects, there is the fight between Obi Wan and Darth Vader which wasn’t the best. Of course you know that there it was probably special back then and that they were constrained from being something more than tapping swords. Still, you can’t help but feel a little underwhelmed watching it today. Everything else however is a masterclass on a technical level. The designs for the locations, aliens, costumes, everything is flat out perfect. While the lore of this world hadn’t been fully explored and explained in this one movie, it does very well to immerse you in the one that Lucas has created. Even a lot of the effects hold up today. The action scenes, from the fire fights to the end fighter pilot sequence, are all directed very well. There are some changes that Lucas added in on future versions of the movie for some reason, and not many of them are wanted. When the main characters arrive at Mos Eisley, there are random things passing in front of the camera and things in the background that weren’t exactly needed (probably in an attempt to make the location more active and alive), kind of distracting. And of course there’s the numerous changes to the Han shooting Greedo scene, honestly it doesn’t matter to me who shot first, but it’s fascinating how many times George Lucas kept trying to change this. In the more recent version of the movie (on Disney+), right before Greedo is shot by Han (or they shoot at each other or whatever), he says “Maclunkey”. Aside from that the only other notable change was the random addition of a scene of Jabba and Han, which was originally cut from the movie. Looking at it now, you can really tell that it was cut for a reason. It’s unnecessary already but it’s made worse by the horrible CGI on Jabba. It doesn’t drag down the movie but it does stick out in your mind. John Williams’ score speaks for itself, absolutely iconic and outstanding. 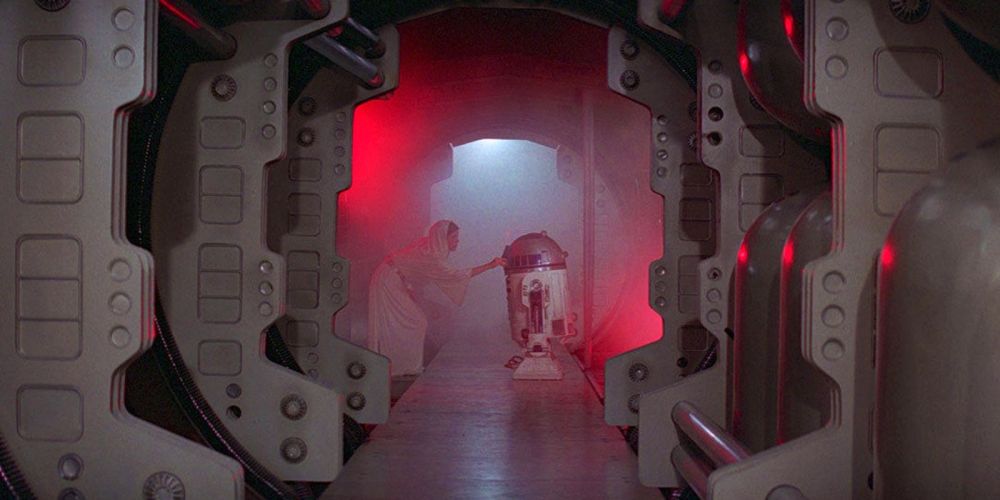 Star Wars Episode 4: A New Hope is a classic, and nothing will change that. There are some problems I have with it, but that just affects my enjoyment of the movie. I think it’s impossible to deny the importance and significance of this movie. 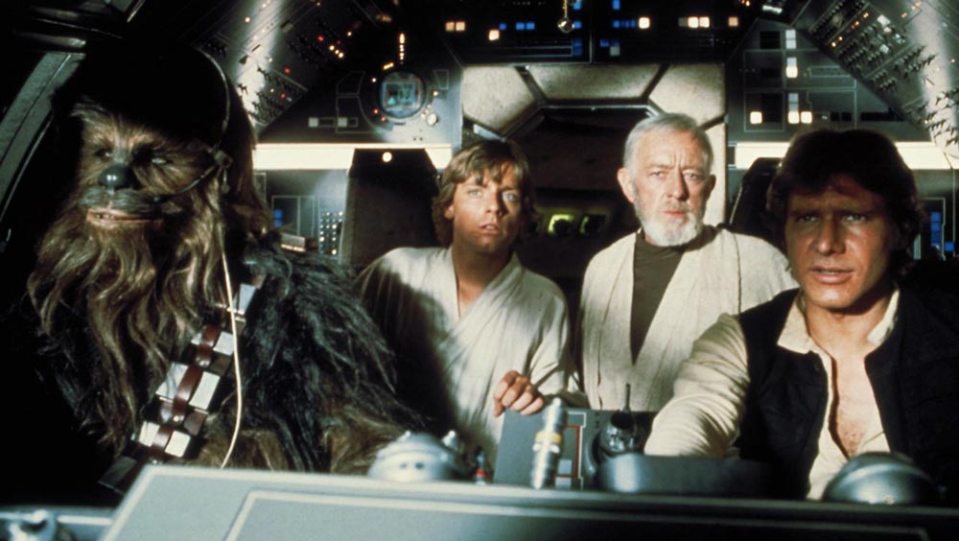 The Imperial emperor who’s taken over the galaxy has created the ‘Death Star’ a powerful weapon that could destroy an entire planet. Princess Leia Organa (Carrie Fischer), a leader of the rebels acquires plans of the Death Star and places them in R2-D2 (Voice: Kenny Baker), a droid but she is captured soon after. R2-D2 is sent with C-3PO (Voice: Anthony Daniels) to find Obi-Wan Kenobi (Alec Guiness). They end up with Luke Skywalker (Mark Hamill), a farm boy who lives with his foster aunt and uncle on the desert planet of Tatooine. They recruit the help of smuggler Han Solo (Harrison Ford), captain of the Millennium Falcon, and his first mate, Chewbacca (Peter Mayhew), a Wookiee to help them attempt to rescue Leia from Darth Vader (David Prowse, voice: James Earl Jones), the leader of the Imperial troops.

Star Wars (sometimes known as Star Wars: Episode 4 – A New Hope) is a world famous movie that everyone knows of. Star Wars was revolutionary when it came out but somehow still manages to hold up to today’s standards. It is a classic that will never grow old on audiences and a masterpiece that will last through many generations that will always be admired. 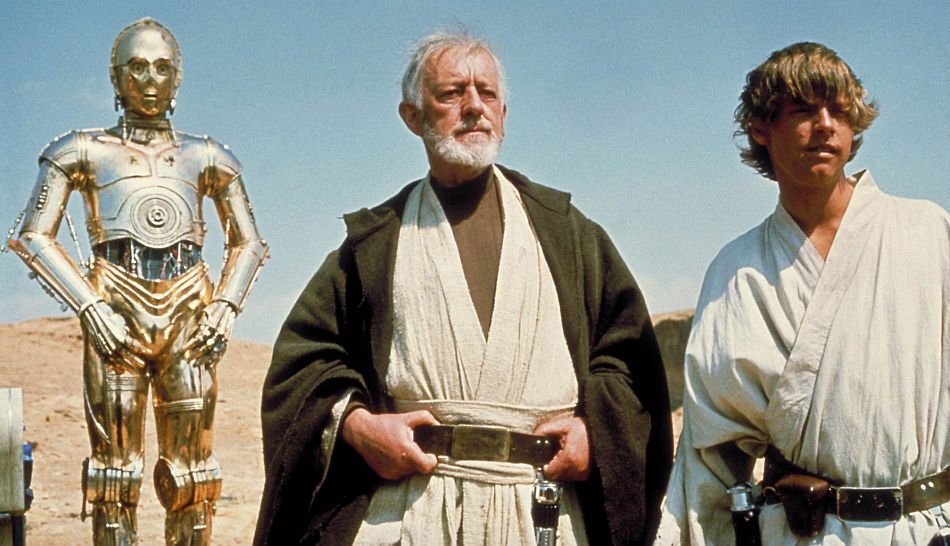 The Star Wars movies have made an impact on countless other Sci-Fi movies and the biggest impact that it has made to cinema is the world that it has created. The world of Star Wars is interesting and every form of media expands it; from novels, to video games and even the prequels. Everyone is used to it now but it’s hard to imagine such a well crafted world being made in 1977. Whenever anyone watches Star Wars, it always feels fresh and new. Helping the film is the beginning that grabs your attention and it never lets go. Star Wars’s pace is always consistent and isn’t too slow or fast, it is somewhere in the middle. The film also ends satisfyingly with a climax that is always enthralling. 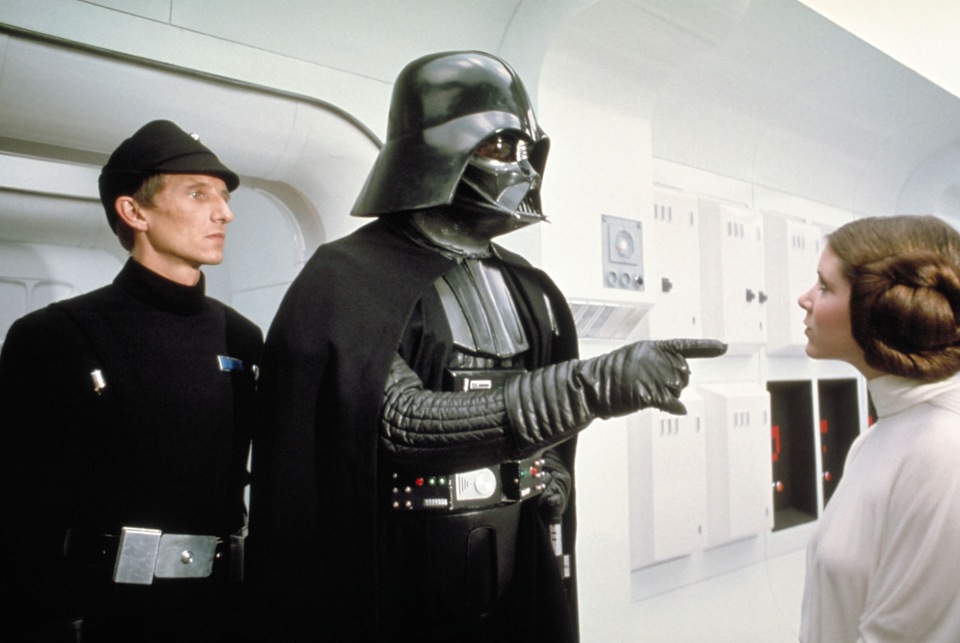 Just about everyone knows the main characters; every one of them are memorable especially Darth Vader. From the very first moment you see Darth Vader; you can see that he is a menacing force to be reckoned with. It helps that he has the voice of James Earl Jones, adding more threat to an already dangerous character. Another character who steals the show is Han Solo, played by Harrison Ford. Ford gives Han such personality and is really enjoyable to watch him. These characters, along with Luke, Leia and all the other characters are well established and played perfectly by the actors. 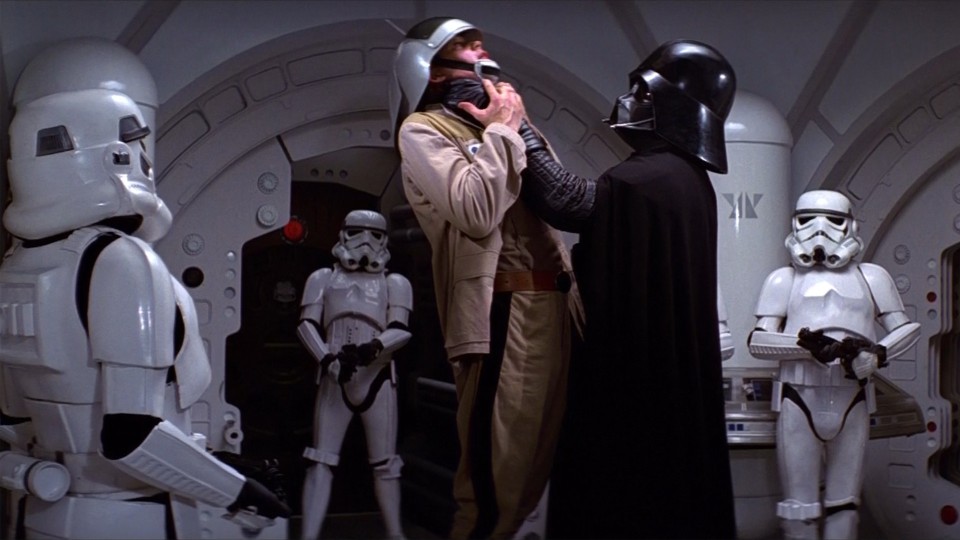 The special effects and sounds were groundbreaking in 1977 but still hold up today. Some of today’s movies’ special effects may be better looking than Star Wars but they didn’t make quite the impact that Star Wars made. There are even some movies in the 90s that didn’t have special effects as good as Star Wars’s. The production designs of the many places are also worthy of recognition as each place is made memorable and distinctive. John Williams’s scores that he has done for the entire Star Wars series are some of the best that he has composed, along with Indiana Jones. It goes so well with every shot of the film and every moment, especially the action scenes.

Overall, there is never enough to say about Star Wars. Its world is interesting, the characters are memorable and the special effects are groundbreaking. This movie really is an adventure, its fun and has a story that is really engaging. If you haven’t seen this film for whatever reason, go watch it now. This masterpiece, which was cleverly made, is always an enjoyable film that will be in everyone’s memories for years to come.