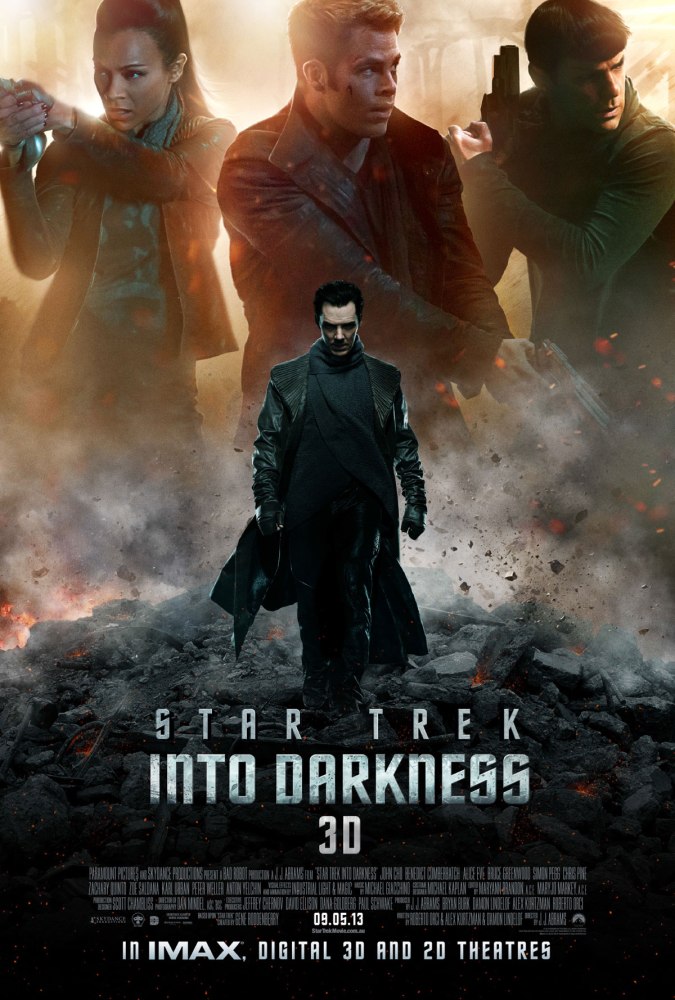 The crew of the Starship Enterprise returns home after an act of terrorism within its own organization destroys most of Starfleet and what it represents, leaving Earth in a state of crisis. With a personal score to settle, Capt. James T. Kirk (Chris Pine) leads his people (Zachary Quinto, Karl Urban, Zoë Saldana) on a mission to capture a one-man weapon of mass destruction (Benedict Cumberbatch), thereby propelling all of them into an epic game of life and death.

JJ Abrams’s Star Trek was loved upon its 2009 release by regular audience members and Star Trek fans alike. Yet for some reason some people really didn’t like its 2013 sequel, Star Trek: Into Darkness. I personally liked it slightly more than the previous movie, in regards to its villain and some of the action. But for the most part it is pretty similar to the original movie, same great actors and characters, similar action, it’s overall a pretty good sequel to the original film.

Now unlike a lot of Star Trek movies where it goes to many different planets and sites “Going where no man has gone before”, it doesn’t happen that much here, aside from a couple of brief scenes, it mostly takes place upon ships, which I guess doesn’t make it that much of a Star Trek movie. The plot (or dark tone for that matter) isn’t something that you’d expect from a Star Trek movie. However I’m still fine with this, then again I’m not that huge of a Star Trek fan. It does have plenty of callbacks to previous Star Trek films, especially Star Trek 2: The Wrath of Khan, almost to the point of parody but I still liked them, even for as cheesy or ridiculous they may seem looking back. After seeing this movie a few times, I did notice that there were some plot holes and conveniences in the story, but nothing major to take away from the overall experience. 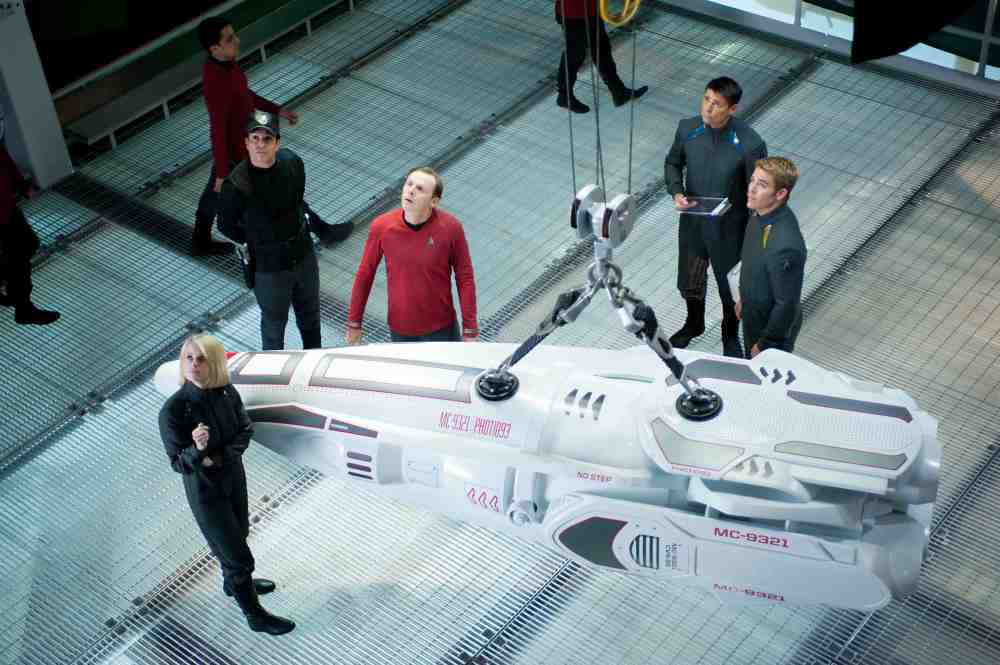 The cast from the previous film returns and once again were great here, particularly Chris Pine and Zachary Quinto, who really own their roles. Both of these actors share great chemistry and you can easily see their friendship. All the other returning cast members did a great job as well, which consists of Zoe Saldana, Simon Pegg and many others. I also really liked Benedict Cumberbatch as the main villain. Eric Bana did a fine job in the previous movie as a villain but he was sort of restricted and just wasn’t as memorable. Cumberbatch has much more to work with however and was a lot more memorable, every time he’s on screen he conveys such a presence. It helps that his character was presented as being such an unstoppable force, and really had a lot more focus on him.

JJ Abrams always makes a great looking movie and Star Trek: Into Darkness is no exception. The visuals and effects are on point and are truly done great, it’s so easy to get pulled into this movie. Yes, there is plenty of lens flares once again but I didn’t really mind them, that’s part of Abrams’s style. The action was once again great and even better than the previous film. The music by Michael Giacchino was once again really good and it helped elevate the scenes. On the technical side at least, Star Trek: Into Darkness is directed perfectly.

Star Trek: Into Darkness is in my opinion another great addition to the Star Trek series. It has the action, performances and story that the previous movie had. It may have a couple of plot holes and conveniences in the script at times but it’s not enough to lessen the enjoyment that I had watching this movie. With Star Trek Beyond, it’s hard to see how Justin Lin can make it as good as or better than Abrams’s two Star Trek movies but we’ll just have to wait and see.