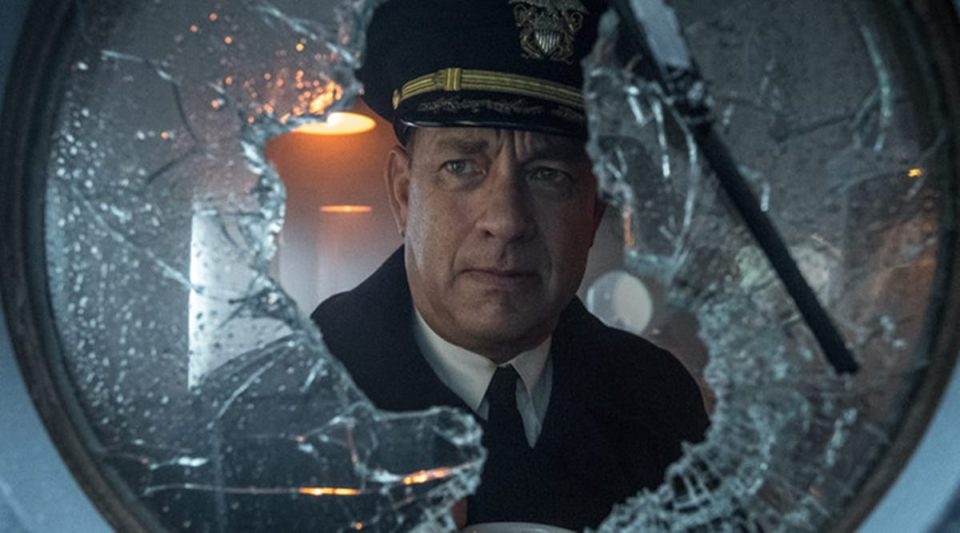 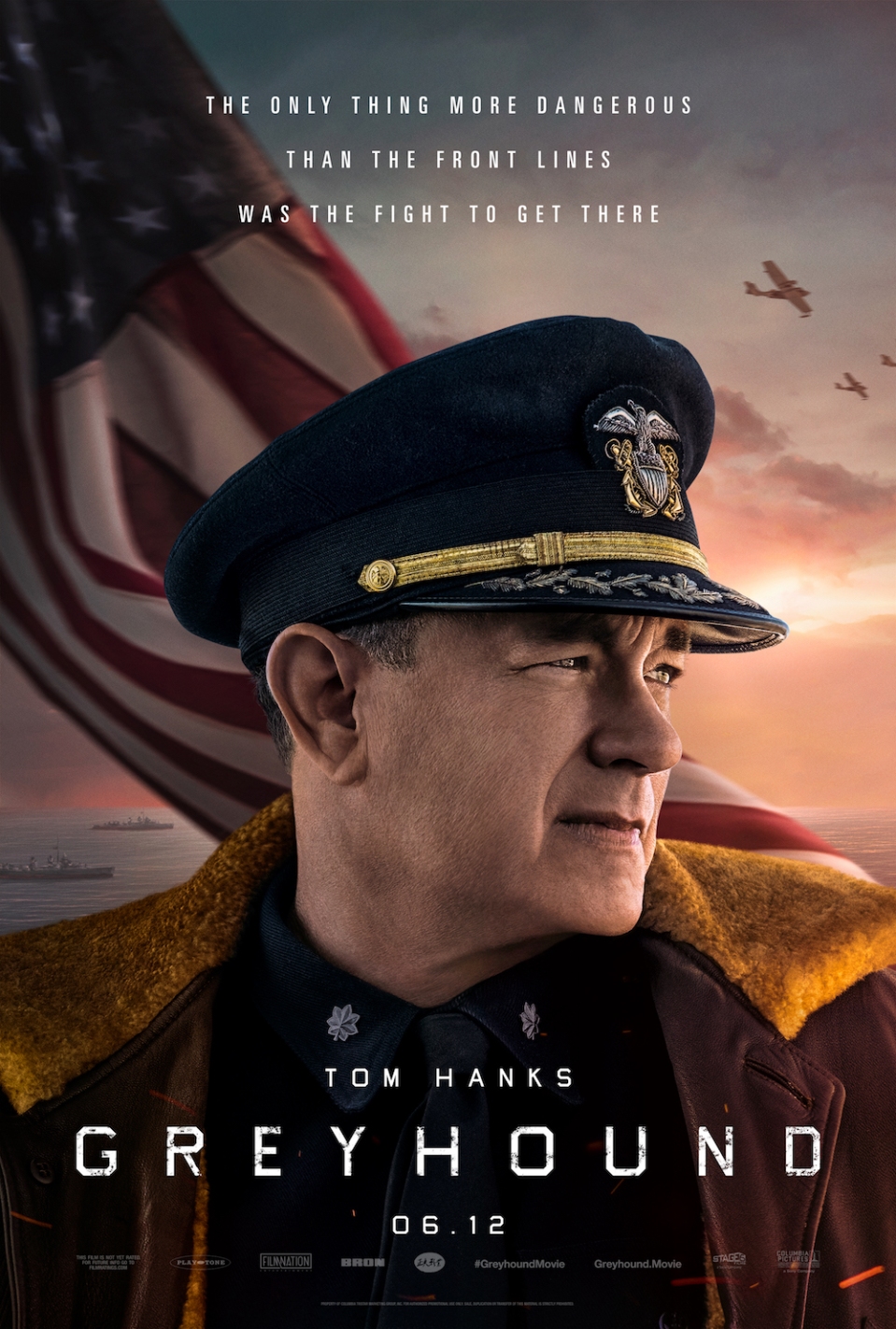 U.S. Navy Cmdr. Ernest Krause (Tom Hanks) is assigned to lead an Allied convoy across the Atlantic during World War II. His convoy, however, is pursued by German U-boats. Although this is Krause’s first wartime mission, he finds himself embroiled in what would come to be known as the longest, largest and most complex naval battle in history: The Battle of the Atlantic.

I heard about Greyhound for a little while, I knew of it as a World War 2 movie starring Tom Hanks that was sold to Apple to be released on its streaming service Apple TV. While I was willing to watch it at some point, I didn’t have a great interest in it, really wasn’t expecting much from it. The movie itself is nothing special and a little generic, but overall it was okay. 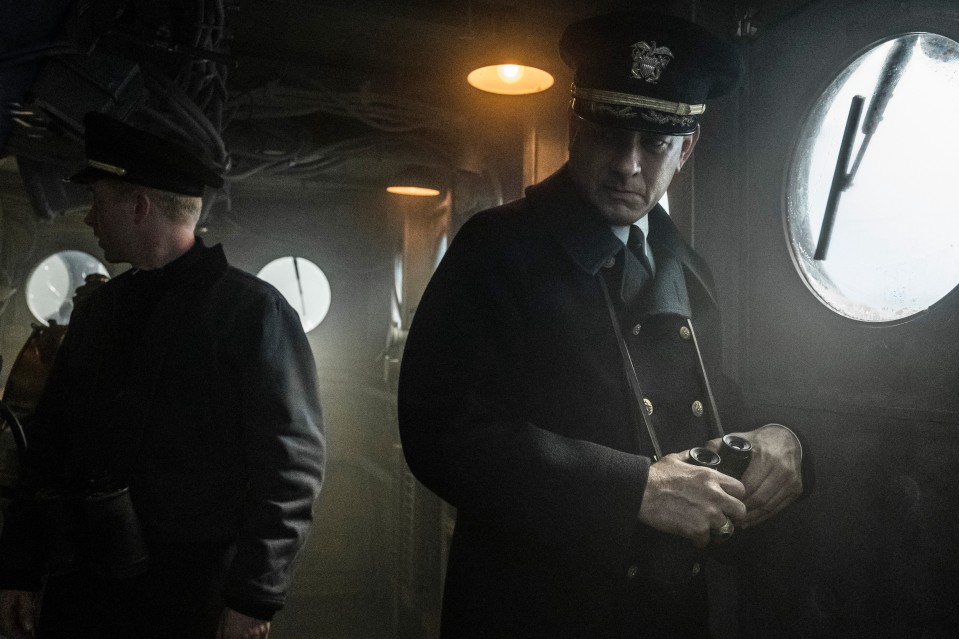 Strangely enough, Tom Hanks actually wrote the screenplay of the movie, adapting a historical book called The Good Shephard. Unfortunately, I have to say that the writing is a bit of a mixed bag. First and foremost, there’s really nothing to say about most of the characters, so the moments when some side characters die don’t have any impact at all. The only character that gets any development is Tom Hanks, and even then in his case there’s not much we actually learn about his character. There’s a scene early on with one scene with Elisabeth Shue, which tries to establish some form of characterisation for him, however considering the rest of the movie wasn’t very interested in characterisation, that scene really feels lazy and tact on. I’m not going to act like I dislike movies not having character development, especially when it comes to war movies. I love Dunkirk and I like 1917, and both are war movies with little to no character depth or development. However, those movies still got me somewhat invested in what the characters were doing, even if they were just surviving. With Greyhound however, you don’t really get invested in what is happening at all, it is hard to care about what’s going on beyond them being the main characters, and this is based on a true story mind you. The runtime certainly shows that it is more interested in the spectacle over characters at 90 minutes. Despite that short runtime, it feels much longer than that. 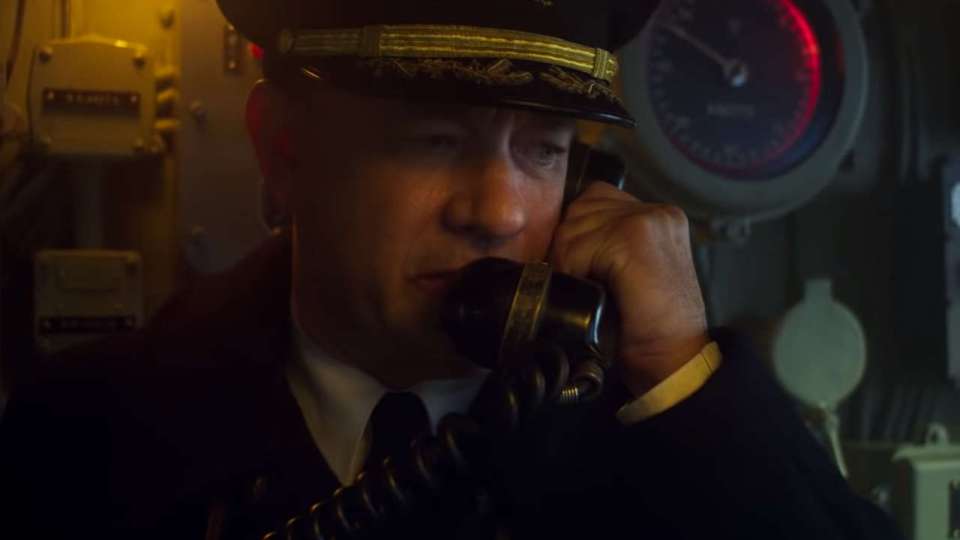 Tom Hanks is front and centre throughout as the Commander Officer of the Navy Destroyer (called Greyhound). His performance is good, pretty much what you would expect from him at this point, and he was the standout from the movie. As I said previously, the character doesn’t have anything to him. Its completely in Hanks’s solid performance, he has a commanding presence which fits the role well enough, and he portrays well the stress that someone in his position would go through. Everyone else is just fine, no one is bad, but no one is better than serviceable, again though it’s not like they had much to work with. 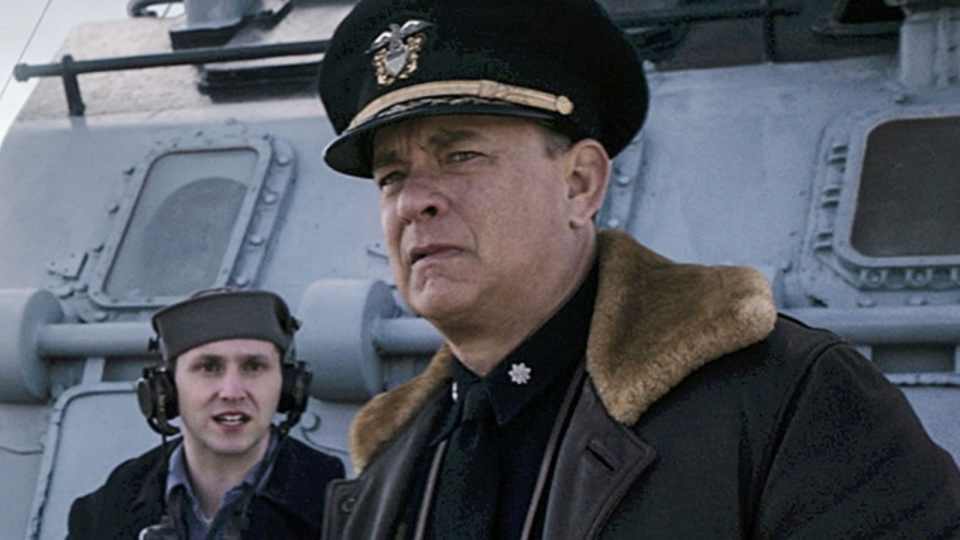 Directed by Aaron Schneider, I assumed going in that this would be Greyhound’s strong point, especially with the action, but unfortunately like with the writing it is rather flawed. It seems most of the attention and money has been spent on the large action scenes, however even those are flawed. The action can be pretty good at times, but most of the time it’s unfortunately rather bland. It does try to be tense, but there are some faults in the direction, along with the lack of an engaging story, that kind of takes away from that. The CGI ranged from looking decent to looking a little fake. The colour pallet is rather grey, dark and dull, not that darker colour pallets can’t work (especially if they are trying to go for that grimy war feel), but here it feels rather bland. The editing is pretty standard, and the score is pretty generic. Something that was weird was the use of subtitling random things on screen. It’s not just the text at the beginning giving context going on, literally every time a new ship is introduced to the movie, text will appear above it. I have no idea why they did that. To its credit, the movie does at least aim to be authentic, and doesn’t try to be a typical over the top war movie blockbuster, and as previously mentioned some of the action works. The production value is also good, there was clearly a lot of attention into making the inside of the ship look authentic. 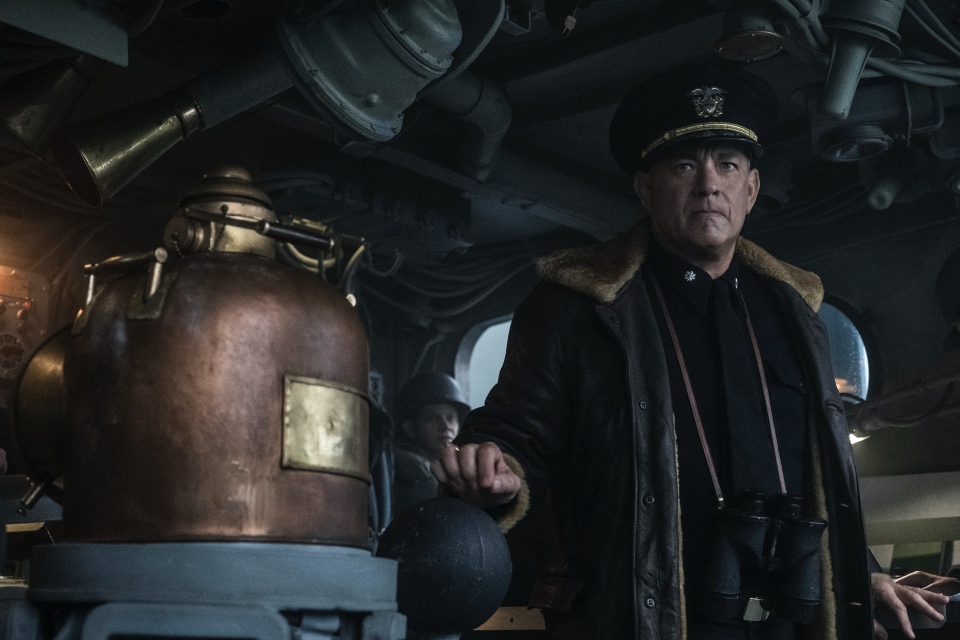 Greyhound is a mixed bag of a movie. It is rather bland, its script lacks character depth, and it’s not particularly interesting. Even the action which is clearly its focus is at, that aspect is just decent at best, and most of the time it’s just mildly entertaining and generic. The movie is not bad by any means, it does have some good elements to it, Tom Hanks does lead with a good performance, and some moments of the action work. It’s a forgettable 90-minute World War 2 movie, however if you think you’d be interested in it (even just for Tom Hanks), I’d say that it’s worth a look.