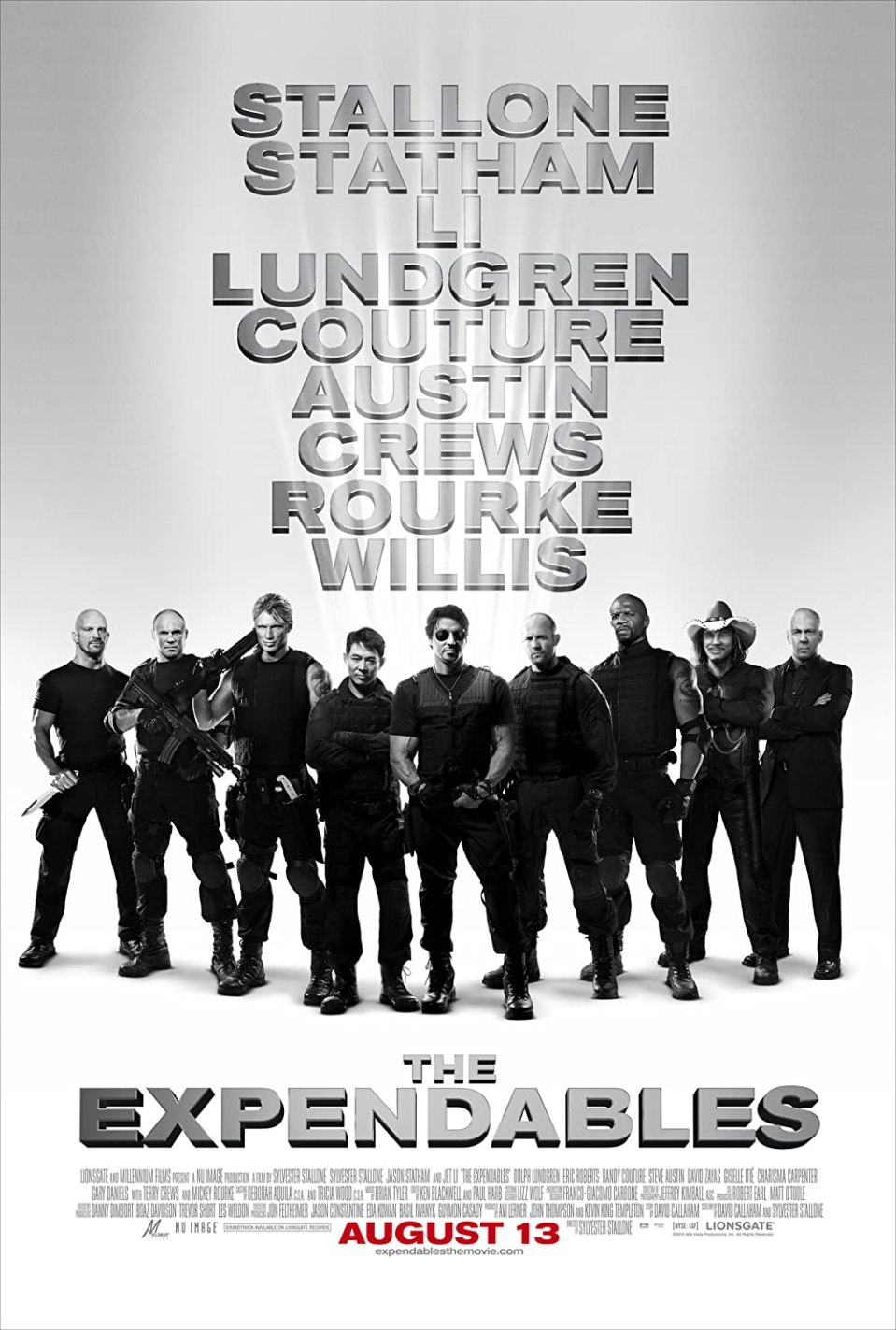 Barney Ross leads a band of highly skilled mercenaries including knife enthusiast Lee Christmas, a martial arts expert, heavy weapons specialist, demolitionist, and a loose-cannon sniper. When the group is commissioned by the mysterious Mr. Church to assassinate the dictator of a small South American island, Barney and Lee visit the remote locale to scout out their opposition and discover the true nature of the conflict engulfing the city.

While I certainly like the central idea of those films, The Expendables aren’t the best action movies out there. The second movie is actually very enjoyable, but the third was very underwhelming. That being said I don’t remember much about the first Expendables. I watched it nearly a decade ago and I remember the actors involved but that’s it. So I decided to give it another look and can confirm that its not a very good movie, even looking at what it sets out to do. But I still had some fun with it. 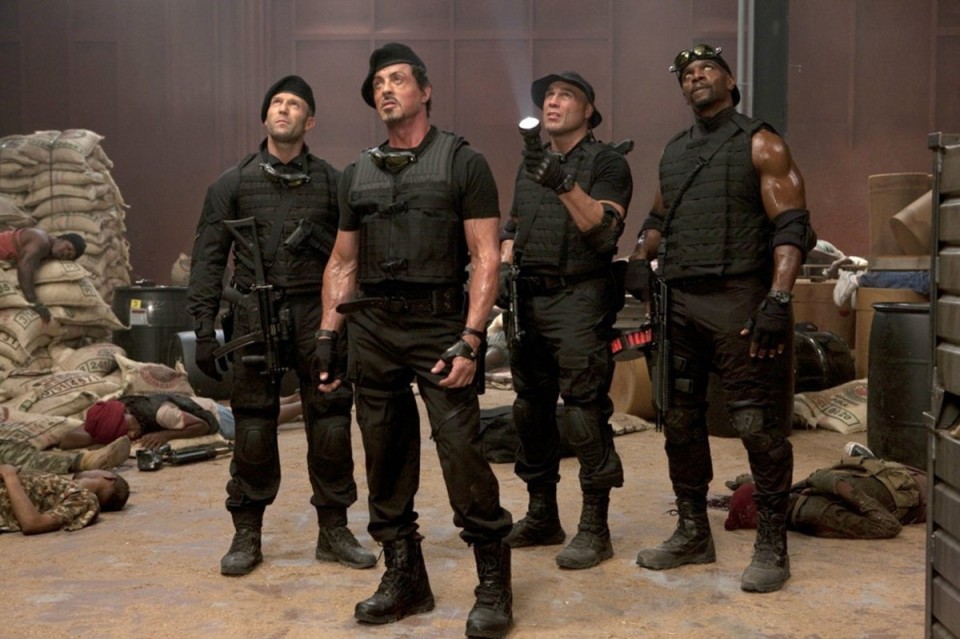 First and foremost, The Expendables is a homage to the blockbusters of the 80s and 90s, paying tribute to the action stars of the past and present. I can certainly say that you feel the passion for that. There are plenty of one liners and testosterone filled dialogue that feels like a parody, over the top plot and action, it has got it all. It also has a lot of the familiar tropes, usually for the worse. The plot is pretty thin, and the story isn’t all that interesting. It feels like it is going through the motions, almost in a lazy way. On one hand you could just say that the plot doesn’t matter, but its not exactly plotless either. So really the problem is that the movie doesn’t really know what to do with its story. On one hand it is a very run of the mill action plot about a group of mercenaries being assigned to assassinate a dictator, and has some really implausible and over the top moments. On the other, there is actually a point to the story as Stallone’s character Barney Ross comes to realisation that he is desensitised by the violence in his job, and his faith in humanity is restored. So it has some depth to a degree, but honestly it feels misplaced in this movie if anything. It is definitely a tonally inconsistent movie. The scene that exemplifies this is a surprising scene where Mickey Rourke delivers a monologue that is played completely serious. It is great, wonderfully performed by Rourke, and even Stallone’s reactions worked, but that scene just felt out of place especially compared to the scenes right beforehand.

One of the biggest selling points of The Expendables was the ensemble of recognisable action actors. The performances aren’t special, but at the very least have a charm to them, and the cast have a lot of fun. There’s an interesting mix of people with Sylvester Stallone, Jason Statham, Jet Li, Dolph Lundgren and more. Mickey Rourke is in a small role and has a few scenes but delivers the best performance for the aforementioned out of place powerful monologue scene. The villains are quite generic and paint by numbers, thankfully the next two Expendables movies delivered better on that with Jean-Claude Van Damme and Mel Gibson.

Sylvester Stallone’s direction is fine but not great. Some of the action sequences are entertaining, plenty of gun fighting, and there’s also a good amount of absurdity that makes it fun. That being said, there’s some shaky cam and quick cuts in the fight scenes that take away from it. The CGI can also look really bad, however it isn’t the explosions that are the worst of it. The gore and blood effects look absolutely terrible, in fact its probably the worst CGI blood I’ve seen in a movie. It looks straight out of a fan film despite being a big blockbuster.

The Expendables doesn’t fully succeed in it sets out to do. Tonally it’s a bit inconsistent, some of the action can be hit or miss and it doesn’t reach the fullest potential of having all these action stars together in one movie. That being said, I do like it. It’s fun seeing the cast together, there are some enjoyable moments especially with the absurdity and the action, and there is a charm to it. So if you’re a fan of these 80s and 90s action movies, the first Expendables movie might be worth checking out. That being said, The Expendables 2 did this better and you could probably jump straight to that without needing to see the first film.