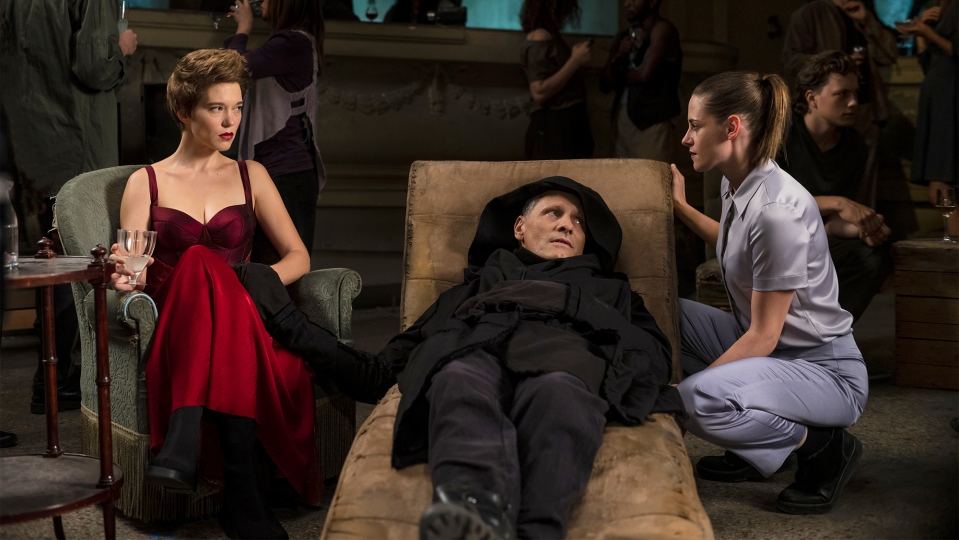 As the human species adapts to a synthetic environment, the body undergoes new transformations and mutations. Accompanied by his partner, celebrity performance artist Saul Tenser showcases the metamorphosis of his organs. Meanwhile, a mysterious group tries to use Saul’s notoriety to shed light on the next phase of human evolution.

I was interested in Crimes of the Future. It looked quite intriguing, had a good cast which included Viggo Mortensen, Lea Seydoux and Kristen Stewart, but most of all, it would be David Cronenberg’s first movie in many years. Not only that but it would be a body horror movie, and the last one he made was in the late 90s. I’m glad to say that I quite liked this movie.

Something worth noting is that David Cronenberg had previously made a movie called Crimes of the Future back in the 70s, although it seems that this new film has nothing to do with that. This newer film tells an intriguing and bizarre story that I was pulled into. It is certainly a weird movie with a strange potential future. Viggo Mortensen is essentially a man who can generate new internal organs and collaborates with Lea Seydoux as performance artists, with Seydoux removing said regenerated organs in front of live audiences. In Crimes of the Future, humans have adapted to live in a synthetic environment, with their bodies undergoing numerous transformations and mutations; most humans don’t even feel pain anymore. In this futuristic society, surgery has become performance art (which Mortensen and Seydoux takes part in). Cronenberg does some great worldbuilding, and it is an interesting setting to watch. It was a very unique vision of the future of human evolution, and I was interested in learning about this new world. Admittedly it can be full on, in the first hour alone it thrusts you into this world with so much jargon, and requiring you to keep up with the information provided so you can grasp what is happening. 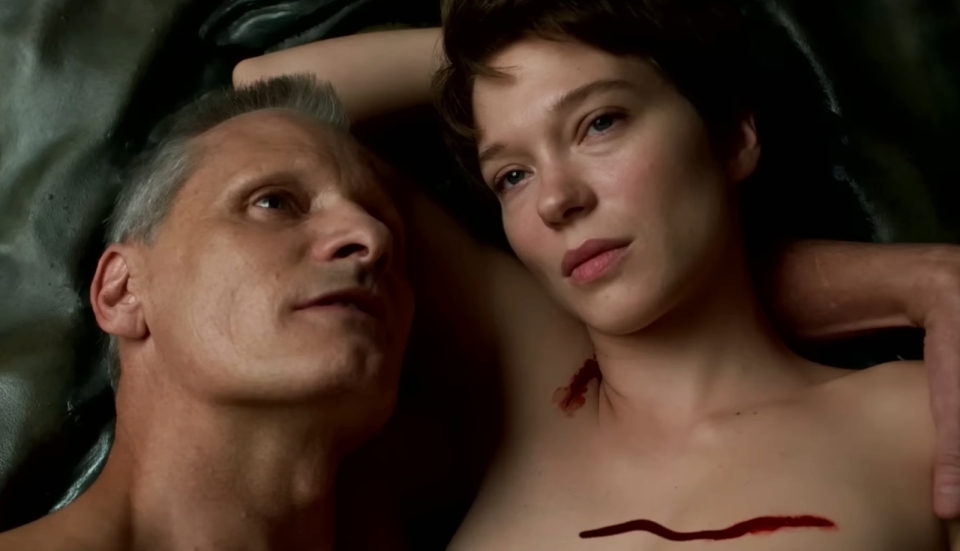 One of the most advertised aspects of Crimes of the Future was the body horror, not unexpected of course (especially with Cronenberg returning to this subgenre). So the trailers and images focussing on the gore and grotesque (including to by not limited to a man with ears all on his body) is somewhat understandable. That being said, its not quite the disturbing and graphic body horror that it was advertised as. It felt more like a dystopian sci-fi futuristic thriller with some body horror aspects and a good amount of neo-noir mystery elements. As for the body horror itself, it works to serve its concept and story and never feels like its there to provoke a reaction in the audience. That being said, if you don’t like body horror at all or can’t deal with gore, then you still won’t be on board with this movie. As you can expect, there is a lot happening thematically. There’s a clear fascination with the human body and how it evolves over time, and poses interesting and thought provoking questions. There are even little moments of humour throughout which accompany the bizarre nature of the movie wonderfully. The pacing is definitely slow, but I thought it worked; I wouldn’t want it to be rushed at all. Crimes of the Future was an hour and 50 minutes long, and honestly I wished that it was a little longer. It felt a little abrupt, to a degree I was hoping for more. I liked the note it ended on, but the story did feel incomplete. It left me wanting a sequel to see what would happen next, and I can’t tell whether that is a good thing or a bad thing. 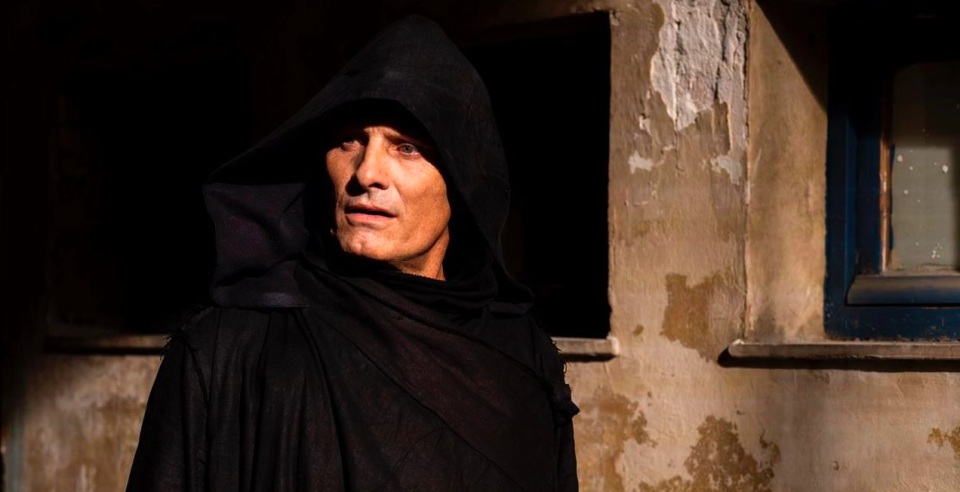 There is a good cast involved. Viggo Mortensen and Lea Seydoux are great as the lead characters, while Kristen Stewart is a scene stealer in a very meek yet creepy and twitchy performance as a voyeuristic bureaucrat. She left an impression, but I just wish she was in the movie more. Other actors like Scott Speedman also play their parts wonderfully too. 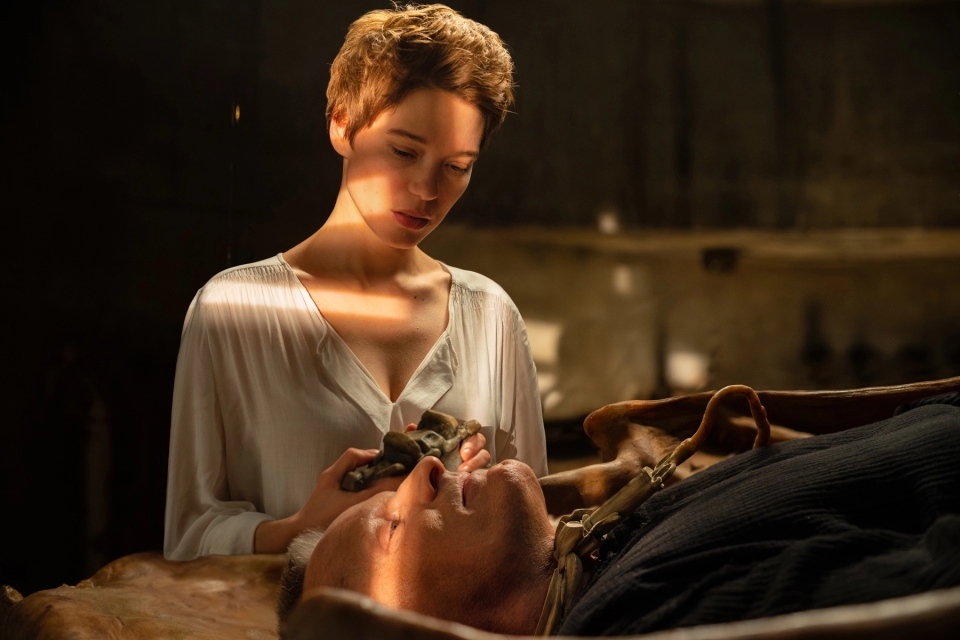 David Cronenberg’s direction is on point as ever. The cinematography is outstanding and beautiful. That and the production design helped to convey the vision of the future excellently, and it feels very lived in. The practical effects, especially those involving the body, are fantastic. There are definitely moments of gore, but they are used sparingly and when appropriate. If you’ve seen some of Cronenberg’s other movies, Crimes of the Future doesn’t push boundaries on that front, in fact it feels comparatively tame. Howard Shore composes the score and its one of my favourites of this year as well as one of his best yet, and that’s saying a lot.

Crimes of the Future is a welcome return to form for David Cronenberg. It’s a bizarre, fascinating, intriguing and thought provoking film, which is directed excellently and has some great performances from the cast. There are parts where I wanted more and it was a little incomplete, but I liked what we got. If you really don’t like body horror, then this won’t be one for you. With that said, don’t go in expecting a gore fest, it’s a lot more than just that. So far, Crimes of the Future is one of my favourite movies of 2022.