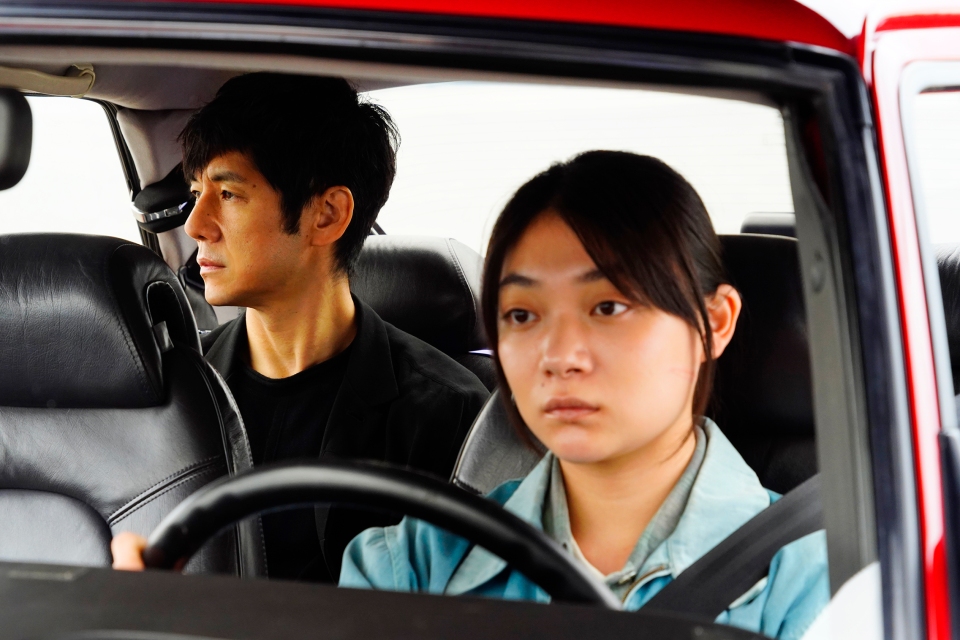 An aging, widowed actor seeks a chauffeur. The actor turns to his go-to mechanic, who ends up recommending a 20-year-old girl. Despite their initial misgivings, a very special relationship develops between the two.

One of the 2021 movies that I had been meaning to check out was Drive My Car. I only knew a few things about it, it was a Japanese movie, its critically acclaimed, a big awards contender (one of the frontrunners for best foreign/international film), and its 3 hours long. From knowing only that, I really had no idea what to expect but I’m pleasantly surprised at just how amazing the film turned out to be.

While I won’t talk about the plot in depth, I will say that the screenplay is practically immaculate. At first it starts out rather simple and straightforward with the plot (after the prologue), but it takes you on a journey full of discovery and healing, and I found it very engaging. Despite being a movie filled with many effective silences, it is very much a conversation focused movie. The dialogue is beautiful, touching, authentic and natural all at once, with some truly amazing conversations which prove to be very important and impactful. There’s a lot of themes at play, and the topics are handled with care and complexity. It particularly focuses on life, death, and betrayals. It is a story about grief and loss, and learning to move forward, and the scenes do hit very hard. In fact, this is one of the best movies about grief I’ve seen, it feels fresh, layered and genuine, and really shows how it lingers in one’s life. I also like the interesting route it takes with life imitating art and vice versa, as well as showing the reality of an artist and their life. One of the biggest turn offs from watching this movie for a lot of people is the runtime, at 3 hours long. Even the prologue to the whole movie is 40 minutes long. However I do think that it was worthy and justified, it felt like it was 2 hours long at most, and by the end I felt like I easily could’ve watched another hour. That opening 40 minute prologue could’ve been a short movie in of itself, but the rest of the runtime of the film does a great job at peeling away all the leftover feelings following that prologue, with so many details with the story and characters. It also is paced steadily but it was to the movie’s benefit, letting everything breathe and develop organically and in a meditative way. It was also paced so smoothly that you don’t notice the time passing, allowing us time to think and put the pieces together. Though if you aren’t somewhat invested in the movie by the halfway point, you might find Drive My Car to be a tough watch.

The acting from everyone is great. Hidetoshi Nishijima and Tōko Miura’s lead performances are layered, subtle and complex. For a while they don’t seem to emote much, and they keep things about themselves hidden. However, over time you see their dynamic grow and vulnerability expand and you see them open up more, and they play these moments beautifully. Other actors like Masaki Okada and Jin Daeyeon are great too, and most of the main cast make a real impression.

This is the first movie I’ve seen director from Ryusuke Hamaguchi, I’m not familiar with his work but I want to watch more from him. Drive My Car has some masterful filmmaking on display. The cinematography is stunning. At first, it looked like it was being shot in a very simple way, but Hamaguchi finds a way for the film to look visually interesting and great to look at. I’d say that its silently one of the best shot films of 2021. Its all incredibly well crafted, especially with the editing (especially given that the movie is 3 hours, and it somehow doesn’t feel too long).

Drive My Car was quite a surprise. A meditative, complex, and beautiful film about grief that’s amazingly written, masterfully directed, and has layered and fantastic performances from the cast. The more I think about it, the more I love it. I know the runtime is intimidating but I think it’s worth checking out, its easily one of the best films of 2021.