In this anime feature, 13-year-old Kiki moves to a seaside town with her talking cat, Jiji, to spend a year alone, in accordance with her village’s tradition for witches in training. After learning to control her broomstick, Kiki sets up a flying courier service and soon becomes a fixture in the community. But when the insecure young witch begins questioning herself and loses her magic abilities, she must overcome her self-doubt to get her powers back.

Kiki’s Delivery Service was the second movie from Studio Ghibli that I watched, this was after watching Spirited Away, which I loved. I really wasn’t sure what to expect from this movie, I just knew that it was about a young witch on her own and she has a black cat, I had also heard that’s recommended as one of the first movies to check out from Ghibli. I unexpectedly ended up loving it quite a lot, more than I thought I would.

Something to note early is that everything about Kiki’s Delivery Service is just incredibly nice all around. Almost all of its characters are nice people, the narrative is comprised almost entirely of those nice people doing nice things, and the overall tone of the film is incredibly friendly and nice in the best way possible. This film is extremely relaxing to watch, it’s charming throughout and I loved every minute of it. It’s fairly plotless, and while I’m not always on board with plotless movies, I got invested in this one. It definitely concentrates more on characters over plot, and the characters are incredibly easy to like and are entertaining. It’s such a good natured and wholesome film as we just follow Kiki and Jiji the cat on a series of adventures. The stakes are incredibly low in this movie, there’s little to no conflict, yet somehow keeps your attention the entire runtime. There is no contrived villain or antagonist, or some forced plot-driven third act, it’s all just small-scale and intimate. When an external conflict does arrive later in the film (with actual life or death stakes), it doesn’t feel contrived and doesn’t overshadow the main internal conflict, instead working naturally with the rest of the story. Another strength of the movie is that Kiki is a fully rounded and believable character. The mixture of enthusiasm, boredom, excitement, and self-pity makes her unapologetically human. Additionally, it’s easy to relate to her. Many of us transitioning into adulthood and all the fears that come with it, handling independence, finding a job, trying to make friends, etc. Kiki has with similar experiences as other people growing up as she’s discovering her place in the world, it just so happens that she’s a witch as well. It’s a perfect coming of age story that everyone can relate to. It should be noted that most coming of age stories just don’t work that well for me, but this has to be one of my favourite coming of age movies. As a story about how hard it is to make your own way in the world, this movie is truthful and sincere. It manages to do all this while remaining consistently funny, optimistic and exciting.

Kiki’s Delivery Service is excellently directed by Hayao Miyazaki. It wasn’t quite as creative as say Spirited Away, but is still visually and narratively beautiful, with a stunning colour palette. The environments are fairly familiar and not fantastical, but the movie really captures every location wonderfully. 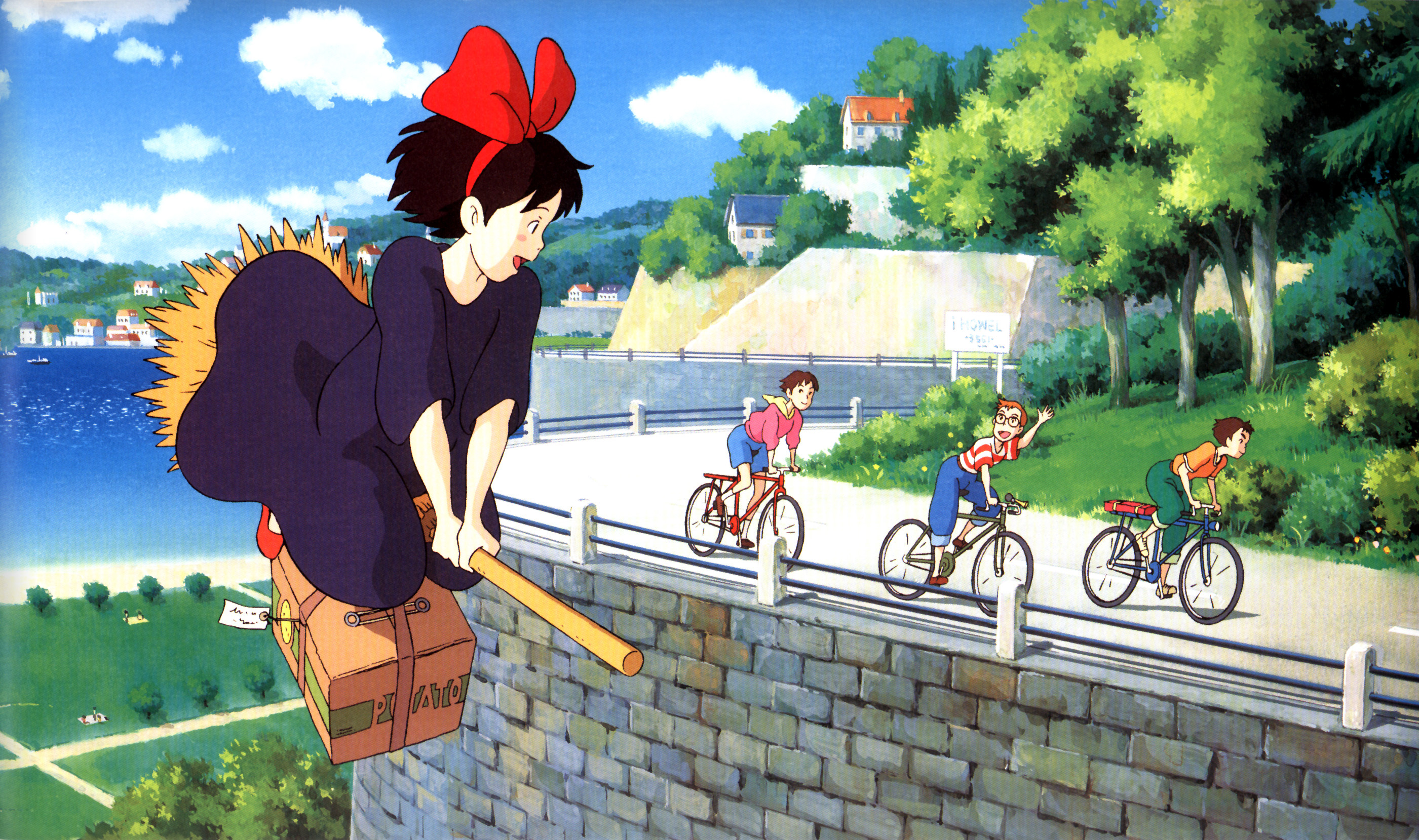 Kiki’s Delivery Service was such a wholesome experience, a delightful and optimistic yet sincere coming of age tale that I was invested in from beginning to end. I love this movie, and I can see this upon rewatches becoming firmly one of my favourite movies. Definitely watch it if you haven’t already, if you haven’t watched an anime film before, this is a great place to start.