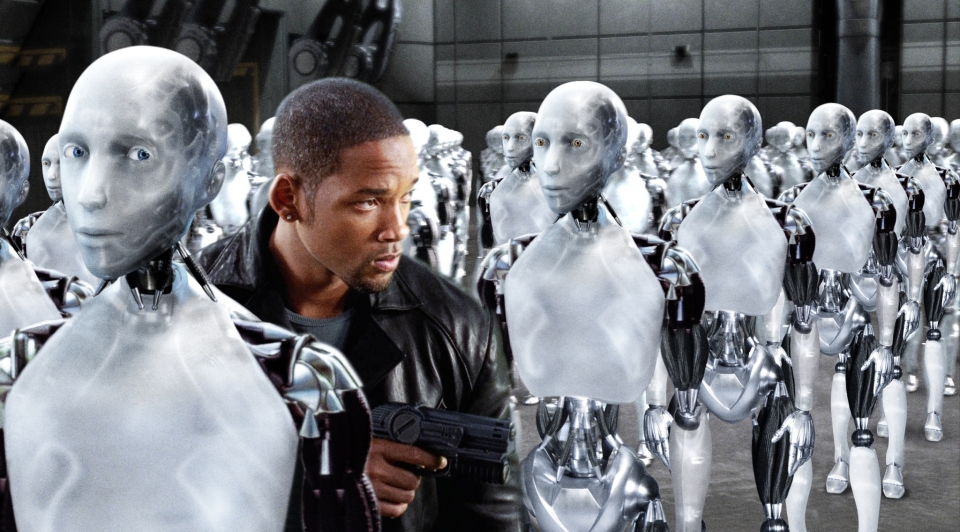 Del Spooner (Will Smith) investigates the murder of Dr Alfred (James Cromwell), who works at US Robotics, with the help of a robopsychologist. He tries to deduce if a robot has violated the laws of robotics and killed him.

I saw I, Robot a long time ago and I remembered liking it, but I didn’t remember it strongly. Having seen director Alex Proyas’s The Crow and Dark City (and unfortunately Gods of Egypt) since, I was interested in watching it again. While there are issues for sure and it could’ve been better, I enjoyed the movie for what it was. 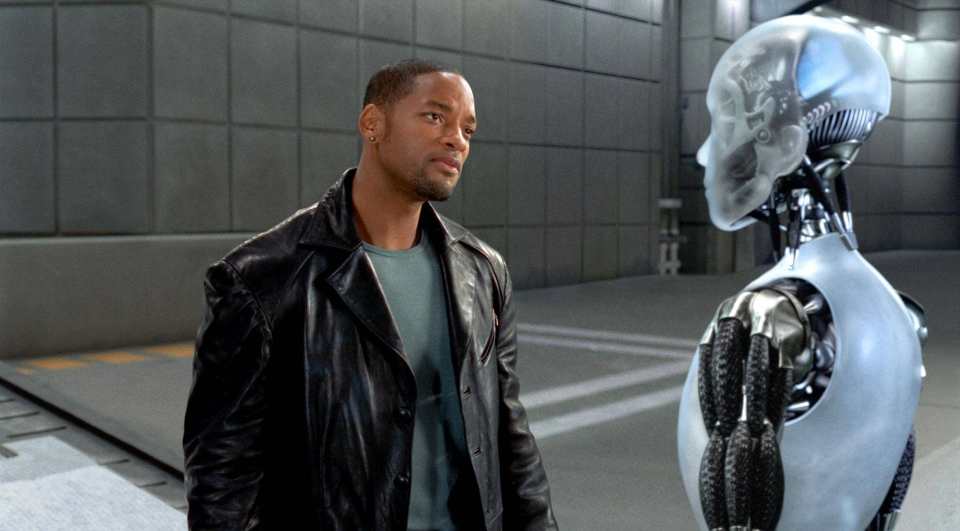 I, Robot is seemingly based off a sci-fi novel, I’m not familiar with it however so I’m treating it as its own movie. Whilst there are moments of interesting scientific musings about the nature of AI and consciousness, it doesn’t really go below the surface level. It could’ve been more, especially considering that it’s from the director of Dark City. It opens strongly with an interesting murder mystery which questions the evolution of technology but by the end is a rather familiar sci-fi action blockbuster. With all that being said, it’s pretty enjoyable taken solely as an action oriented Sci-Fi adventure. Overall, it was a semi-predictable but still moderately intriguing work of sci-fi that still kept my interest. It does take heavy influences from sci-fi films in the past, the robots desiring to become human aspect alone has been popular since Blade Runner. However, it at least has its own creative voice to the table in its worldbuilding on artificial intelligence. It questions the nature of free will, and the plot is a well thought out mystery. It’s not one of the most intelligently defined feature film on robotics (it’s no Ex Machina) but it works enough. There are some issues for sure. There’s a general amount of generic action tropes present, and some dumb dialogue scattered about. The story also does have its cliches and also have some pretty obvious twists. At the same time, it holds a certain charm to it, whether it be the sci-fi aspects, or the over the top 2000s action stuff. Additionally its paced pretty well and I was reasonably engaged throughout.

The acting is mostly good from the cast. Will Smith is charismatic, energetic and layered in the lead role of a cop who’s prejudiced against robots. He’s close to playing the same hero character he usually plays, but he’s not just mugging to camera, he’s actually playing a fully defined character. Overall he made for an enjoyable protagonist. Alan Tudyk gives a very thoughtful performance as a robot named Sonny, who’s a key character in the story. Even though it’s a voice performance, Tudyk was the highlight performer. The rest of the supporting characters and actors are capable, if not exceptional. Bruce Greenwood is convincing in a villainous sort of role, and James Cromwell works as the murder victim at the centre of the mystery. If there’s a weak leak amongst the cast, it’s Bridget Moynahan in one of the main roles. Her performance is rather bland and forgettable, and robotic (no, there’s no twist where she’s a robot or anything), and the character wasn’t that interesting. Otherwise the rest of the acting was overall decent. 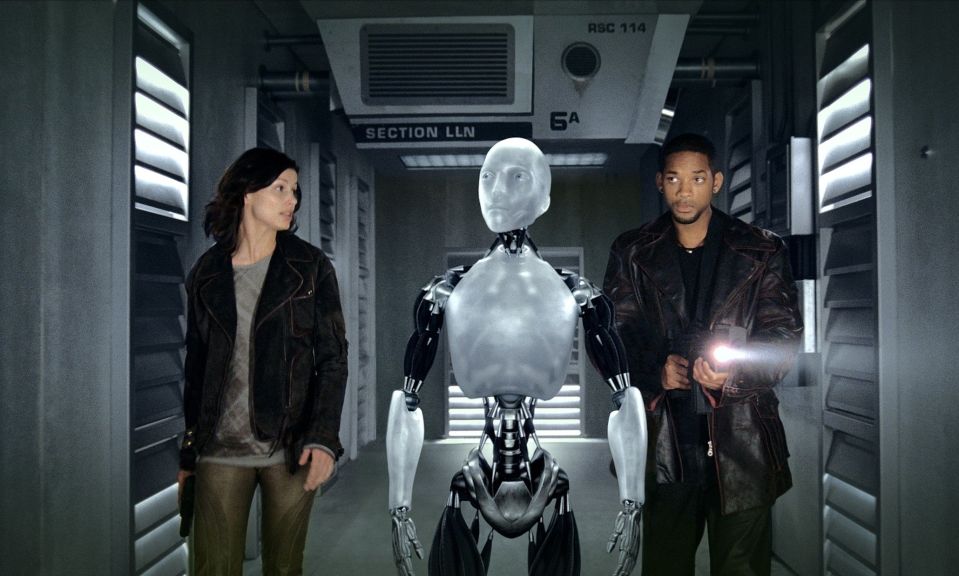 Alex Proyas directs this, and while it’s not one of his best works, he does some good stuff here. The movie is high on his trademark visual flair and action. The production design was well done, much of the world that we see is just ‘typical futuristic sci-fi stuff’ but the style is good and well put together. The film is littered with dated early 2000s CGI that hasn’t aged gracefully, the CGI visuals for the multiple robots particularly don’t hold up as well now. Overall, I liked the visual atmosphere of the film though. Proyas knows his way around an action scene, and there are some entertaining action here. It does have some excessive early 2000s slow motion action and the hollow and dated effects do hold these scenes back from being as great as they could be. With that said, it didn’t affect my overall enjoyment of those moments hugely, I still had fun with them.

I, Robot isn’t a particularly original film in the sci-fi genre, and it has plenty of problems from the CGI to the predictable and standard plot (especially in the last act). However there are some entertaining action, good performances from Will Smith and Alan Tudyk, and at the very least is a good enough action sci-fi movie which entertains. Don’t expect anything like Ex Machina, but if you’re looking for a fun sci-fi action flick, it’s worth a watch.