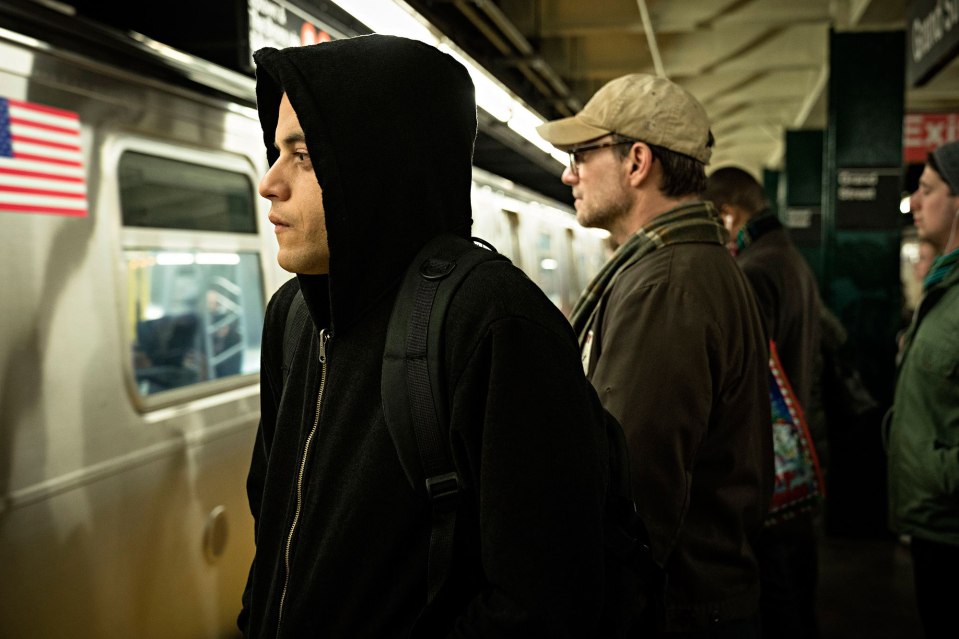 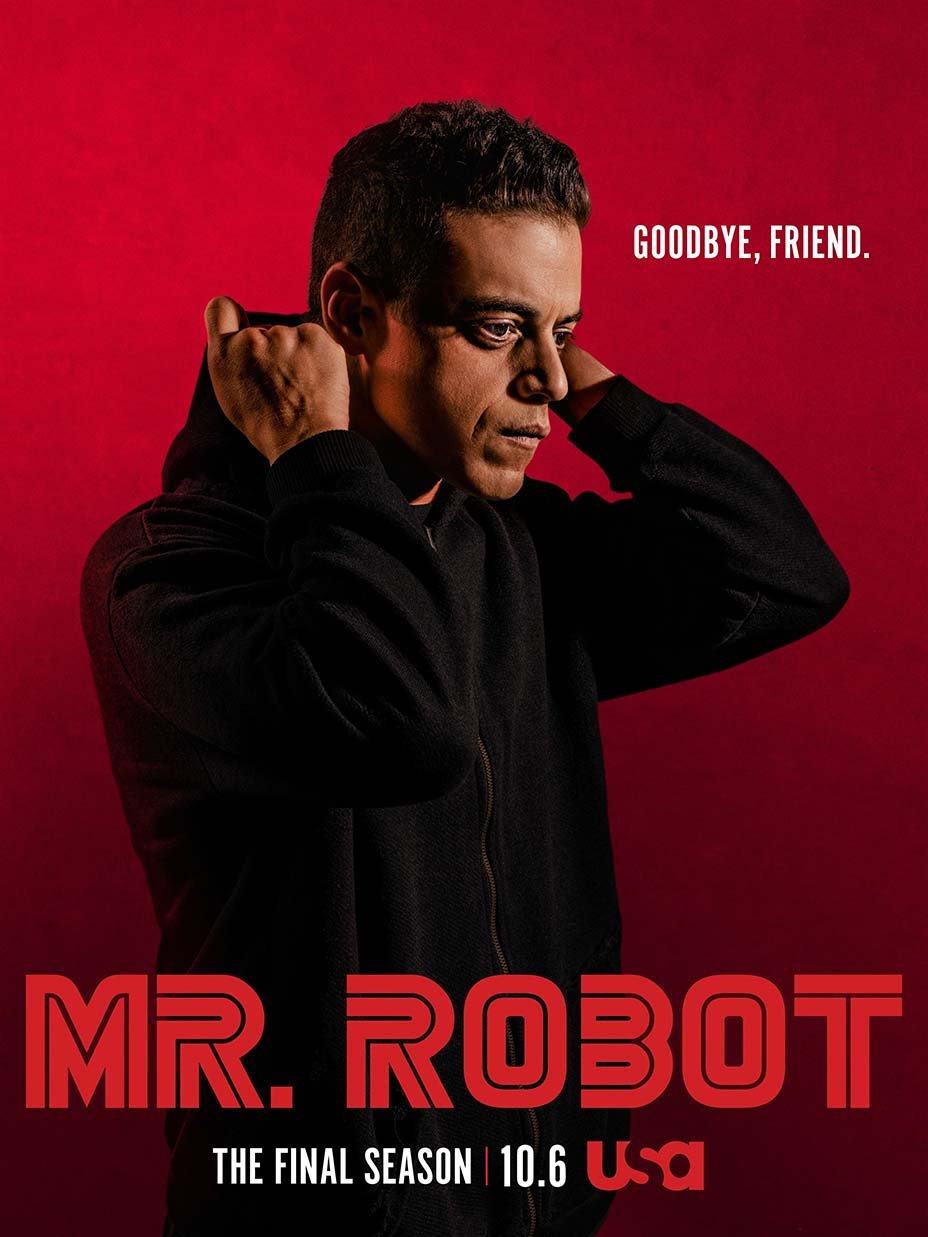 Set during the 2015 Christmas holiday, the fast-paced season will be one filled with answers, hacking and blood. Elliot (Rami Malek) and Mr. Robot (Christian Slater) are getting back to work and down a path that could prove endless. But have they crossed a line?

Mr. Robot was already a fantastic show, Season 1 was a great start, Season 2 was solid while having its issues, and Season 3 took the show to new heights. However, much of how a show is eventually perceived depends on how well it finalises its story and characters at the end. With that being said, Season 4 is not only possibly the best season of the whole show, it’s one of the most memorable and satisfying conclusions I’ve seen to a TV show.

It goes without saying, but there is a spoiler warning for the previous seasons leading up to this one in this review. An interesting aspect to note is that the whole show is stuck in 2015, this season picks up with having only advanced to just before Christmas 2015. As America recovers from the Five/Nine Hack, the focus of the narrative shifts to a somewhat heroic Elliot as he sets his sights on taking down Whiterose and her Dark Army. The show ups its game to deliver one very eventful season, one that raises the stakes for every character whilst delivering some of the best television in recent years. Season 4 really does feels like a true send-up of the first season everyone fell in love with, and everything that first season promised the show could be is what the final season is. Mr. Robot’s final season can be best described as incredibly emotional and heartbreaking; the opening moments of its first episode really does establish how much of a gut punch the whole season is. Season 4 runs for 13 episodes, making it the longest in the show’s history, and unlike say season 2, its time is not put to waste. I blasted through the episodes back-to-back, it was incredibly riveting and intense, even the slower paced episodes worked appropriately for the story and characters. As said previously, the main drive of this season is Mr. Robot taking down Whiterose, however there’s also plenty of other things happening at the same time. For example, there are episodes that focus heavily on the relationship between Elliot and Mr. Robot, which shows them more closely aligned in their goals compared to the past couple of seasons. This new dynamic is interesting and the writing definitely takes advantage of that, for instance, the narration to the audience that was done by Elliot is mostly done by Mr. Robot in this season. Additionally, as the season progresses, a lot of the sub-plots from the past and present interweave with Elliot’s journey. I won’t give too much away for fear of spoilers but suffice to say the final few episodes turn everything we’ve learnt up until this point completely on its head, delivering a shocking couple of plot twists to round out a thrilling and intense final season. Even on its last season, there are plenty of surprises that a lot of audiences won’t have expected. These plot twists are so good that it actually paints the entirety of Mr Robot’s early seasons in a completely different shade and I’m sure this will be a show that will be completely different to watch a second time through.

The acting from everyone as usual is fantastic. Rami Malek and Christian Slater remain as brilliant as ever, and the change in their dynamic will be a treat for many. Rami Malek has always owned his role as Elliot Alderson but in this season in particular, he really shows his diversity and range with an absolutely stunning performance. There is particularly one episode (if you watch the episode you already know which one) in which Elliot learns something significant, and Malek’s performance is nothing short of spectacular and heartbreaking. This season also gives Christian Slater a lot more material than he has had since the first season. Slater is excellent in the role of Mr Robot, and his shift in character this season makes him much more intriguing than ever before. Many of the other actors playing the major roles of Price, Whiterose, Darlene and Dom all bring their A-game here and are given enough screen time to really flesh out their characters. Some characters get more attention than others, for example I would’ve liked to have seen more of Tyrell Wellick, but on the whole everyone’s stories were handled well, and as usual they were performed greatly. Outside of the main cast, one of the standout performers was Elliot Villar as the character of Vera. Vera had a small supporting role in the first season before he disappears from much of the show, only to return for this season. While he has a smaller role in this season, he’s great in his scenes, and especially shines in one particularly significant episode.

All 13 episodes of this season are excellently directed by Sam Esmail, Mr Robot is on a technical level is in a league of its own when it comes to tv shows. The cinematography and visuals remain outstanding, and the sound design and score are top notch as ever, with composer Mac Quayle as usual somehow managing to top his work with every season. In its third and fourth seasons, the show has taken its stylistic ambitions to new heights. In season 3 it has a whole episode that was filmed and edited to seem as if it was taking place in a long, continuous single shot that darted and weaved in and around a massive skyscraper. I won’t go into season four’s own stylistic achievement of filmmaking, but just know that it only features two lines in the entire episode, and considering the stuff that happens in that particular episode, it’s incredibly impressive that that pulled it off.

Mr. Robot’s fourth and final season is nothing short of outstanding, not only managing to produce its best season yet, but also able to wrap up the storylines and characters in such an impactful and satisfying way, while providing so many unexpected surprises throughout. Everything from the writing, directing and acting is at the show’s best. If you loved Mr. Robot from the past few seasons, I think you’ll really love how the final season turned out.