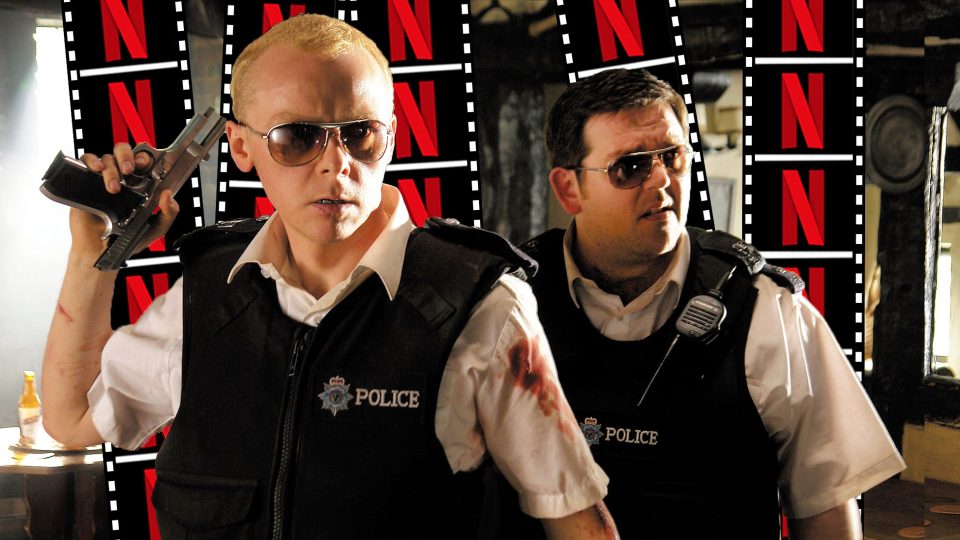 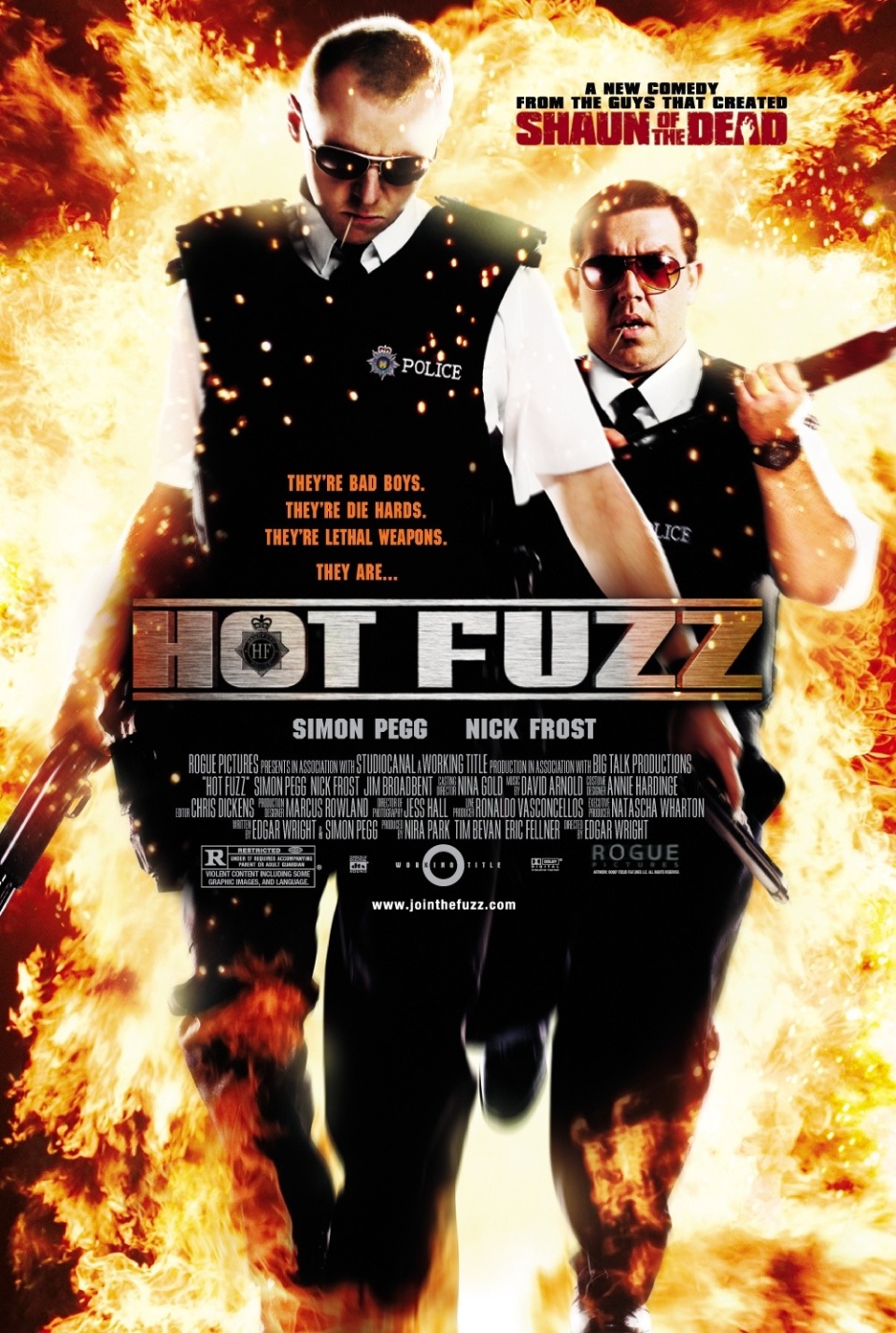 Police officer Nicholas Angel (Simon Pegg) is known to be the best across London. His seniors, who are jealous of his achievements, transfer him to a remote village where he encounters various challenges.

I always remembered really liking Edgar Wright’s Hot Fuzz, it was funny, smart, and really fun to watch. After rewatching it after a long time though, it actually holds up far better than I thought it did. 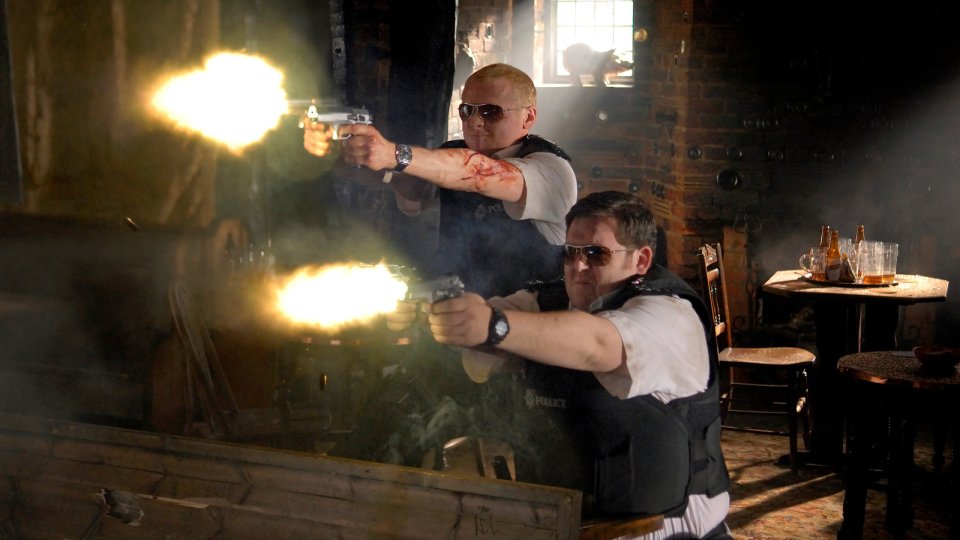 Hot Fuzz is written by Edgar Wright, the great script is an improvement over Wright’s previous movie Shaun of the Dead, definitely feeling much tighter, and had me entertained from beginning to end. Once again, like the rest of Wright’s Cornetto trilogy (also consisting of Shaun of the Dead and The World’s End), it really works much better on repeat viewings. You really notice things that you missed the first time around including little details, plot points and even jokes. It really shows how smartly written this movie is, that it is packed with so much. Hot Fuzz is very much a satire on action and buddy cop films, in the same way that Shaun of the Dead was a satire on zombie movies. Like with Shaun of the Dead though, Wright clearly has a love for those genres and is very knowledgeable about them. It would be one thing to just feature a cliché from the action genre and then point and laugh at it, it is actually put together very well and done with love for the genre. Along with that, Wright adds in elements of horror and suspense that spice the movie up a little more. The humour is endless hilarious, it was very effective and just about every joke hit well for me. There are so many quotable lines and running jokes that are so well written and implemented into the movie. The third act is a full on take on the over the top action in an action movie, and it was very fun to watch. As much as I liked that third act, I will say that the previous two acts worked a little better for me.

The cast were all great in their parts. Simon Pegg and Nick Frost are once again in the lead roles here, and they share some perfect chemistry. It’s not just them though, supporting cast members like Jim Broadbent, Timothy Dalton and plenty more do add quite a bit with their performances and make themselves stand out. 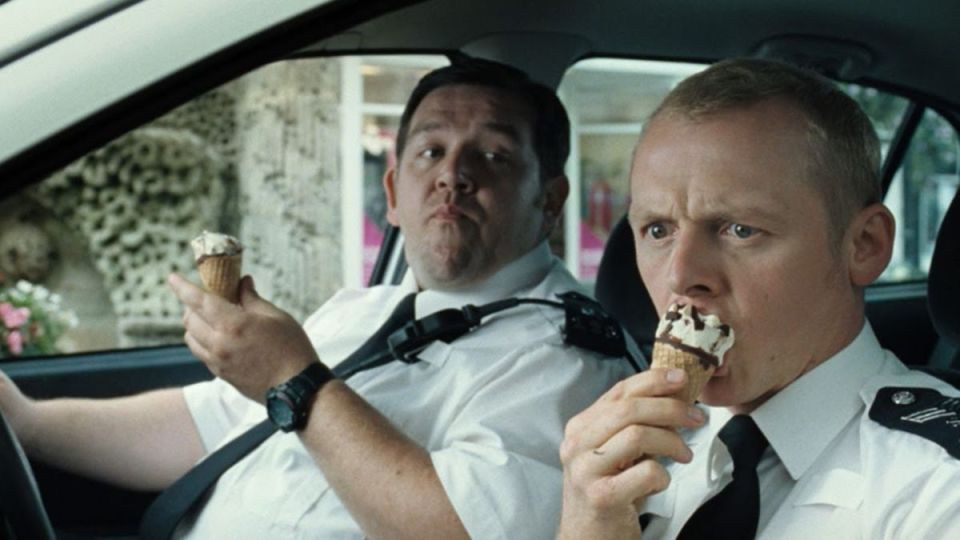 Edgar Wright directs Hot Fuzz, and he has done a fantastic job. Like with the script, the direction here feels a lot tighter compared to Shaun of the Dead. Something about all of Wright’s films is that you can really feel the energy throughout and that goes a long way towards making the movies work as well as they do. A big part of that has to be the editing, which has really escalated from Shaun of the Dead. It feels like a constant presence throughout, the transitions are sharp, it works perfectly for comedic effect, and is just fantastic overall. Even the mundane things like filling out paperwork are made very flashy. The visual gags too are so well handled, plenty of things you can miss if you’re not paying attention for a split second. As previously said, there’s a lot of action in the third act, with every over the top trope in an action film imaginable making an appearance. It’s also genuinely entertaining. 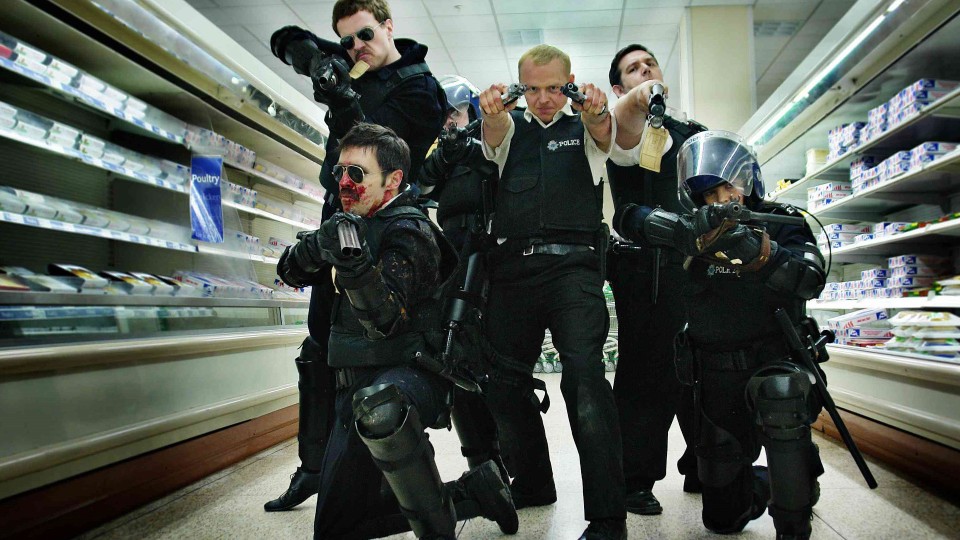 Hot Fuzz is a hilarious and entertaining action comedy satire, with Edgar Wright’s strong and sharp writing and direction making this a must see. It is a strong contender for Edgar Wright’s best film to date, it’s either this or The World’s End, and this is definitely one of my favourite comedies of all time.