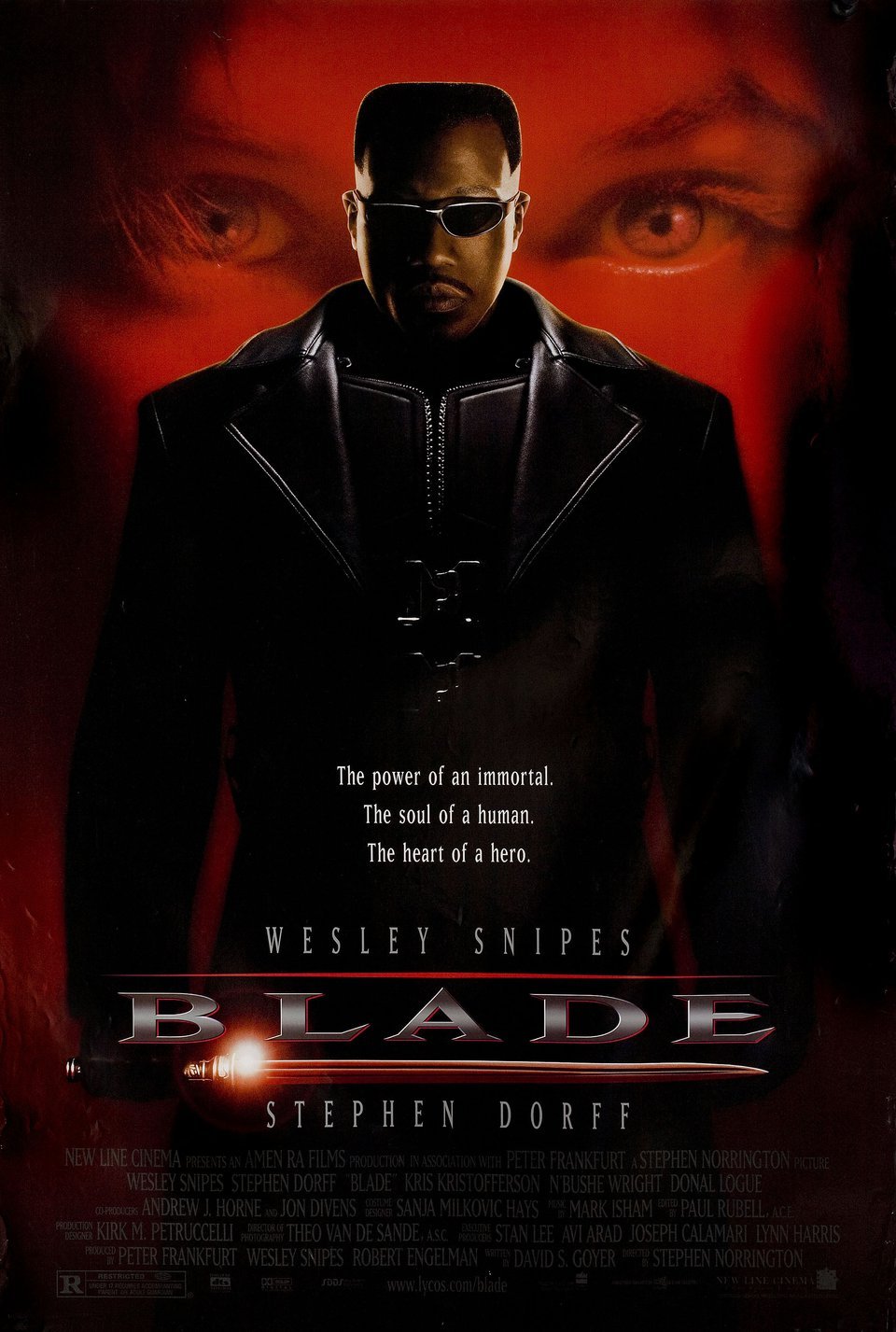 Blade (Wesley Snipes), who is part-vampire and part-mortal, becomes a vampire hunter to protect human beings. He prevents vampires from taking control over the human race.

Blade is 2 hours long and from beginning to end I was entertained immensely. The opening in an underground vampire nightclub was the perfect beginning for this movie as it really set the tone for the rest of the movie. Blade does somewhat take things seriously, and there is a dark atmosphere, and at the same time it’s also got a very cheesy tone, with silly dialogue and multiple dumb moments which were also fun in their own rights. It blends the two elements effectively. It is also an action horror hybrid and delivers on both sides of that. The worldbuilding was very strong, establishing many concepts, groups and characters without giving annoying info dumps. The story is decent enough but does get a little convoluted with a number of subplots happening at the same time. Blade’s story also doesn’t have many surprises, and in the second half it does have a typical world ending plot. There are some cliches for sure, especially when it comes to both fantasy and comic book stories. As it approaches the third act it’s particularly a very typical climax, but I was still entertained watching it.

Most of the cast are good in their parts. Wesley Snipes is pitch perfect in the role of Blade. He’s got a great screen presence and vibe around him, really selling the lines (including the really cheesy one liners), and even the way he moves and poses is great. He definitely knows what kind of movie he’s in, and he owns it from start to finish. Kris Kristofferson and N’Bushe Wright both work playing allies to Blade. The weakest link is Stephen Doriff, who is rather weak as the villain Deacon Frost. He’s not bad by any means and he definitely plays up the role, but it’s just hard to take him seriously as a threat.

Blade is directed by Stephen Norrington, who did quite a good job. The movie is full of style, which really helped the movie work as well as it did. The visuals are slick for a late 90s flick. A big standout part of the movie are the martial arts fight scenes which still hold up today. The choreography is great, and almost Hong Kong inspired. Much of the action are captured in wide shots, so we can see all the fighting on screen, without any annoying zoom ins or close ups. We get to see how great the stunts are. As previously mentioned, this movie is R rated, and there’s a lot of blood (as there should be in a Blade movie). The movie really benefited from this rating, and it allowed the filmmakers a lot more freedom without any restrictions. There may be a Blade movie in development by the MCU, but I don’t see how it’s possible to do a non R rated version of it as a movie. A lot of the effects are a little dated to say the least (especially in the climax), but you can look past it. The music accompanying the movie is well fitting, with a lot of breakbeats and techno riffs that goes well with the face paced vibe of the action scenes. It is definitely a very 90s movie, with the lead character in all black leather and sunglasses, the exaggerated fighting sound effects, the visual effects and soundtrack, but I guess that’s part of its charm. 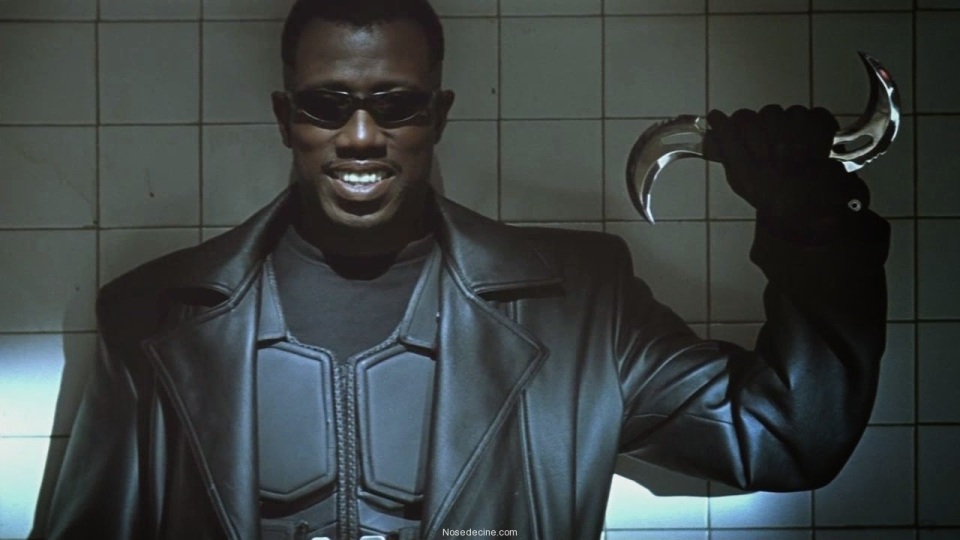 Blade is a really fun action and horror hybrid comic book movie that mostly holds up. Stephen Norrington’s direction makes the movie really entertaining, the script is gloriously cheesy and entertaining, and Wesley Snipes is outstanding as Blade. About that new Blade movie in the MCU, I love the idea of Mahershala Ali as Blade. However I’m not sure if a Blade movie in the MCU would reach its fullest potential. Nonetheless, I’m still excited for it. If you haven’t seen the 1998 Blade yet, I highly recommend checking it out, it really was ahead of its time.