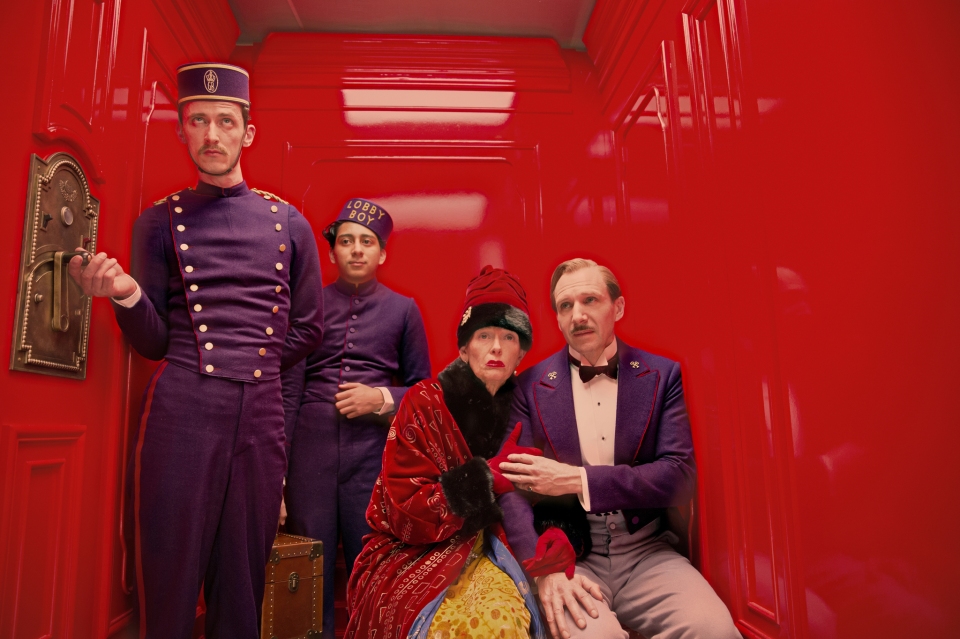 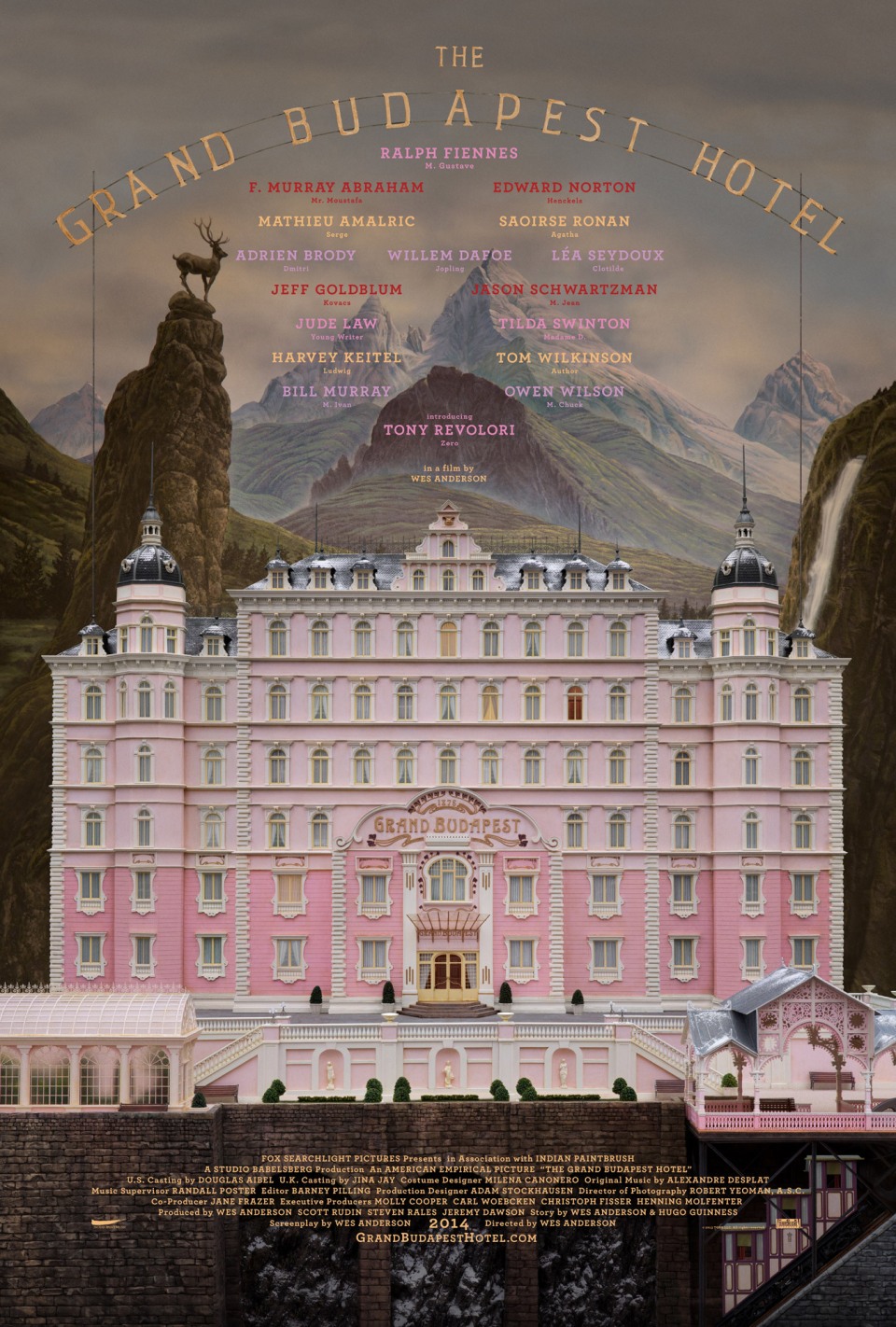 Gustave H. (Ralph Fiennes), a concierge, is wrongly framed for murder at the Grand Budapest Hotel. In the process of proving his innocence, he befriends a lobby boy (Tony Revolori).

I remember The Grand Budapest Hotel as being one of the earlier movies I saw from Wes Anderson, and it was the first movie from him I watched in the cinema. I had previously seen Fantastic Mr Fox and Moonrise Kingdom and while I liked them when I saw them for the first time, I wasn’t really into his work that much. I remember the experience in the cinema back in 2014 watching it because I found myself surprised at just how much I loved it. A rewatch upon watching all of Wes’s movies only confirms to me that it is his best, an unbelievably delightful and charming movie that entertains from beginning to end. 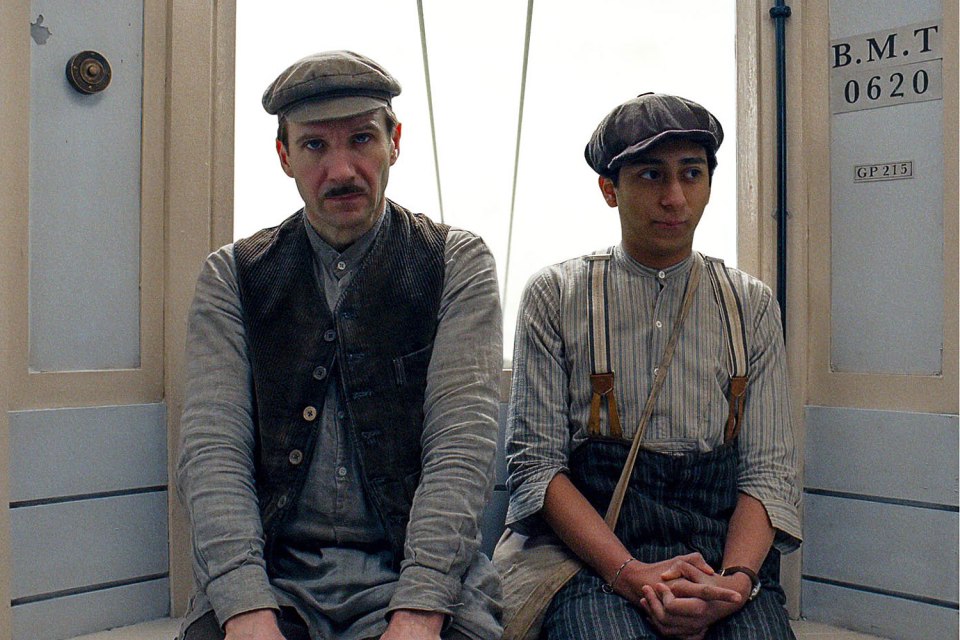 The Grand Budapest Hotel’s screenplay is again written by Wes Anderson, and I have to say that it has to be one of his most polished and complete works, if not his most. This movie is one of the select number of films which I can say I found genuinely enthralling. Wes Anderson’s strongest movies with the likes of The Royal Tenenbaums and Rushmore had me interested generally throughout. However, The Grand Budapest Hotel had me invested from beginning to end and was endlessly entertaining. The movie feels completely original, and the story is heartfelt and endearing, features quirky and entertaining characters, and some unique and hilarious comedy. The dialogue was great, quick witted and memorable, and it’s perfectly paced across its 100 minute runtime. The plot itself is intricate but never confusing, and is also the largest scale movie from Wes Anderson. The Grand Budapest Hotel really gives you a sense of adventure and escapism, while also having melancholic and darker qualities and themes that you don’t expect at first. 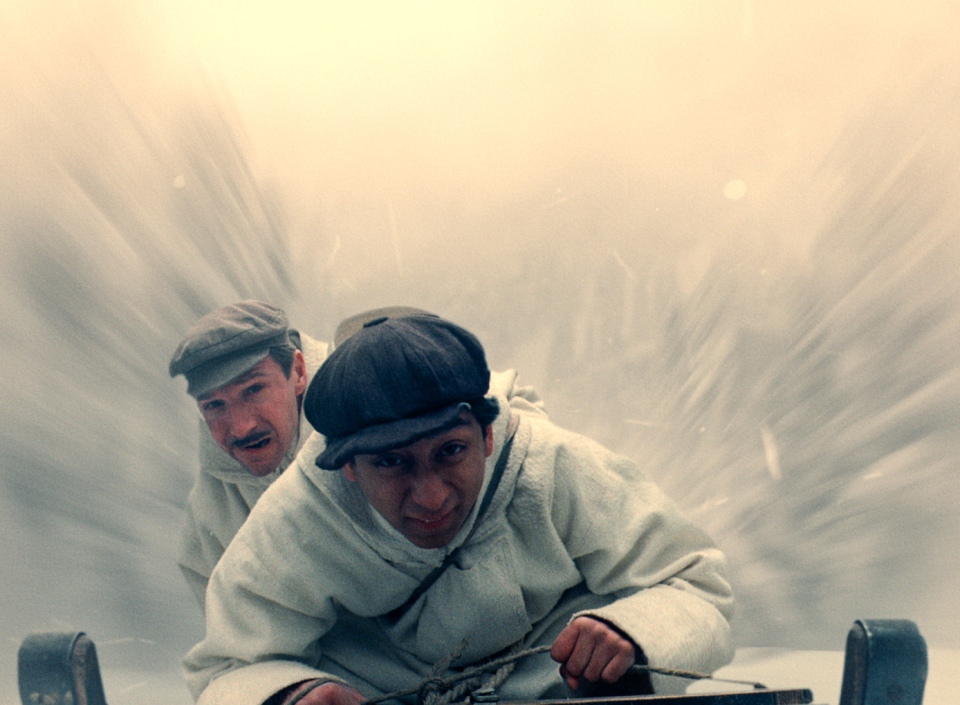 Wes Anderson is known for his massive and talented ensemble cast, but this may well be his biggest cast to date, and that’s saying a lot. Ralph Fiennes as Gustave H. gives not only one of his best performances of his career, but one of the best performances from a Wes Anderson movie. He’s charismatic, his line delivery is absolutely perfect, he really does handle the dry humour perfectly and fully portrays his well written and memorable character. Tony Revolori is also one of the leads and shouldn’t be overlooked, he’s really great too and shares great on screen chemistry with Fiennes. There was quite a supporting cast including Willem Dafoe, Jeff Goldblum, Adrien Brody, Saoirse Ronan, Edward Norton, Tilda Swinton, F. Murray Abraham, Harvey Keitel, Tom Wilkinson, Jude Law, Bill Murray, Jason Schwartzman, Mathieu Amalric, Lea Seydoux and Owen Wilson. Everyone is great in their parts and make themselves stand out in their respective scenes, even if they are in just 1 or 2 scenes. 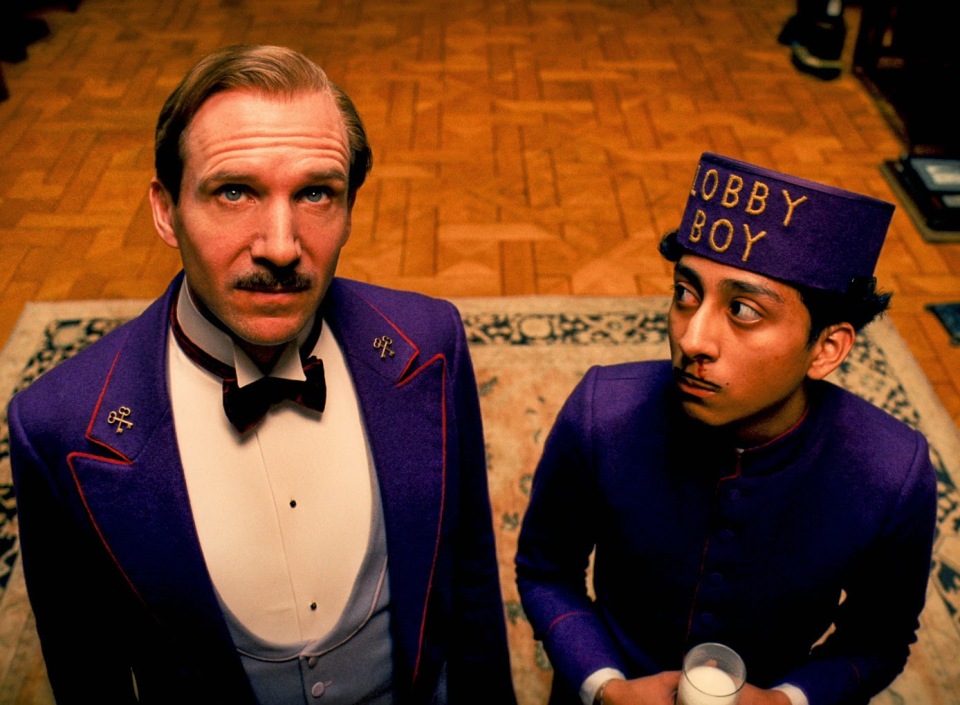 Wes Anderson’s direction is phenomenal, even when compared to all his past work. His style is instantly recognisable once the movie begins. The cinematography is beautiful and vibrant. It is said with some movies that every shot could be framed as a painting, The Grand Budapest Hotel is one of those movies. The changing of the aspect ratios was also effective, moving to 4:3 for most of the film. The production design and costume design were outstanding too. The score by Alexandre Desplat is unique and amazing, and it really fits perfectly with the rest of the movie. 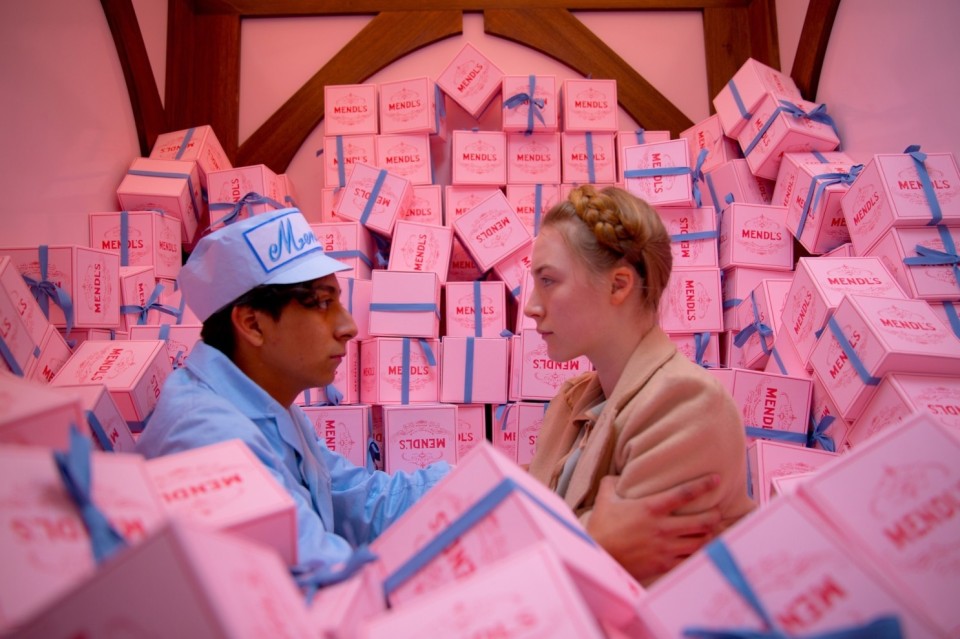 The Grand Budapest Hotel is an enthralling and delightful adventure, perfectly written and directed by Wes Anderson, and features an outstanding ensemble of great performances. It’s like he took everything great from his past movies and put it all in here with this one. Having gone through his entire filmography, I can say with confidence that this may well be his magnum opus. It is also firmly one of my favourite movies, especially from the 2010s. It’s an essential watch for sure, and also a great place to start with Wes Anderson if you haven’t seen any of his movies before.