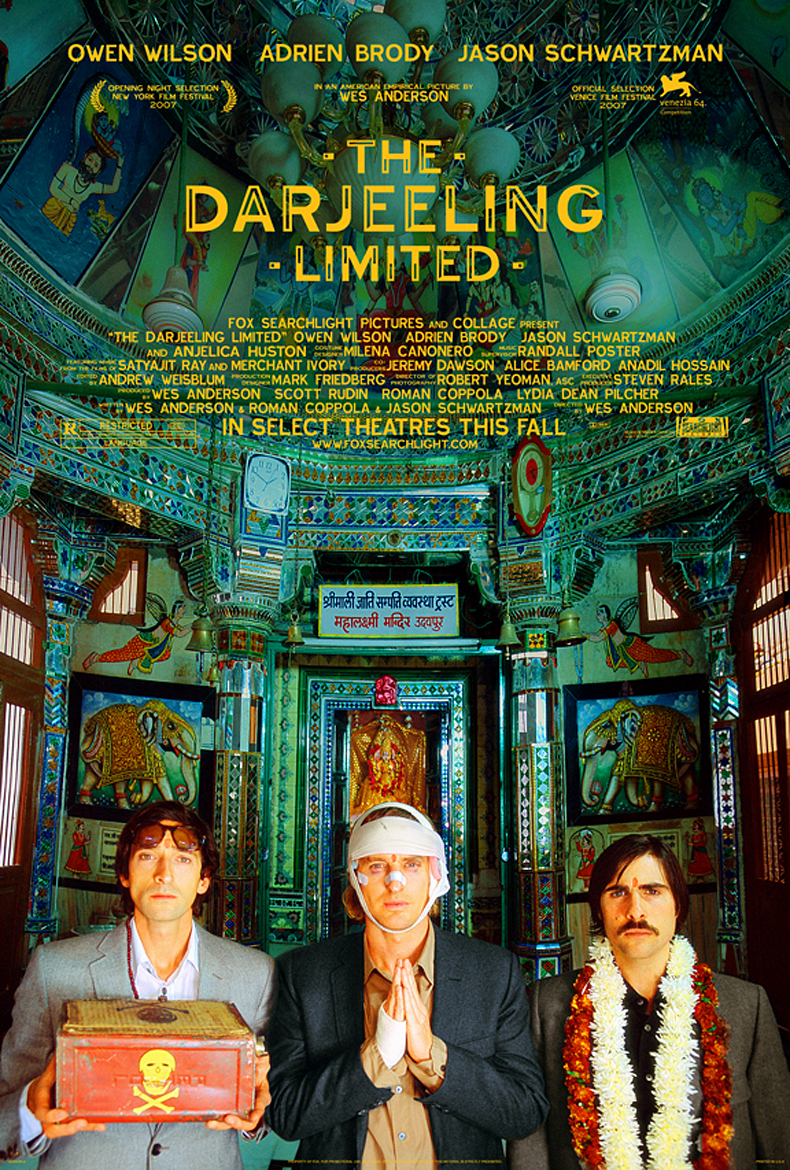 After the death of their father, three brothers (Owen Wilson, Adrien Brody and Jason Schwartzman) set out on a train journey across India, in an attempt to rediscover their lost bond. The experiences that they have force them to introspect.

Of the movies from Wes Anderson that I hadn’t watched, this is the one I knew the least about. Apparently it was something like a trip movie and I recognised the main actors but that was it. Having seen it, I can say that it is one of his oddest movies, not in the sense that it’s weird and does odd things like The Life Aquatic of Steve Zissou, but in the sense that I don’t really know what to feel about it. I do like the movie, it is well made and I think it is pretty good. However it didn’t really stick with me as I was hoping it would. 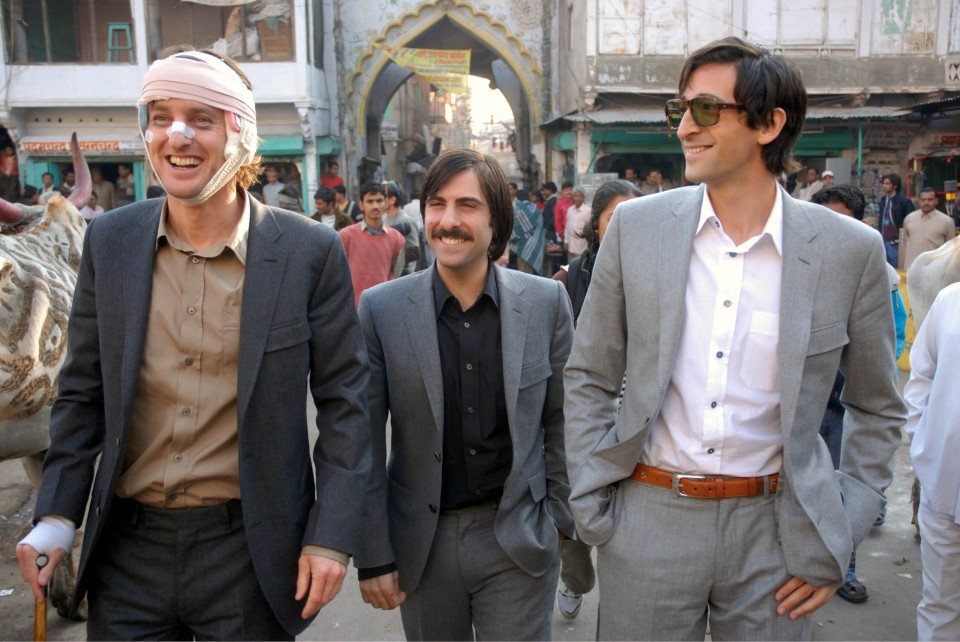 The Darjeeling Limited is by far Wes Anderson’s simplest movie, and it is very short at 90 minutes long. However I can’t help but admit that I found it to be a bit bland in large portions. I wouldn’t say that it ever got to the point where I was outright bored, I was paying attention throughout, but my interest wasn’t exactly consistent and I got quite close to being bored. The movie is a lot more smaller scale (especially considering Anderson’s last film with The Life Aquatic with Steve Zissou) despite how far these characters travel, and it is his most grounded movie since Bottle Rocket, his debut back in the 90s. It was heartwarming in parts, and there are for sure some particularly strong parts. The film at its core is an introspective exploration of grief, it is just this trio of brothers going from place to place across India with a lot of baggage (both literal and figurative). There’s quirky dialogue, as to be expected from his movies, there was some comedy though there wasn’t a lot of it in this movie, or at least it never got hilarious or anything. The story and some parts of the writing I found to be lacking and was probably the weakest part unfortunately, I can’t entirely pin down what didn’t work for me. I can say however that it can feel a bit tonally unbalanced. There is a certain scene involving a river, which was very effective, however the abruptness of the tonal shift was jarring to say the least. I can’t tell if the tonal shift is the reason why, but a while after that moment, that’s when the film started to fizzle out for me, even though I was still on board with it.

This is probably the first Wes Anderson movie since Rushmore where it doesn’t have a huge ensemble cast, even with the inclusion of Bill Murray in a brief cameo. The main trio are Owen Wilson, Adrien Brody and Jason Schwartzman, and they do very well on their parts, they are the strongest parts of the movie. The film quickly establishes these characters at the beginning of the movie, and the actors have very believable chemistry, and they are really convincing as brothers. I didn’t really connect with the characters but the performances were really good, Wilson particularly gives one of his best work here.

Wes Anderson directs the movie very well, and the stylistic aspects that you would except from him are definitely here. Everything with the visuals is great, the cinematography by Robert Yeoman is a stunning, the use of colour was really good, and the production design is very well detailed. Additionally, the music choices were good too, and fitted the moments well.

The Darjeeling Limited didn’t completely work for me, I wasn’t invested with the story as much as I wanted to be, and I just don’t see myself getting more out of it through rewatches. I don’t dislike it by any means, I actually still think it’s pretty good. The direction by Wes Anderson is top notch as to be expected, it has some strong moments, and the lead actors in Owen Wilson, Adrien Brody and Jason Schwartzman are very good. It is still worth checking out for yourself, though if you’re not a fan of Wes Anderson, you’ll probably not like this one.