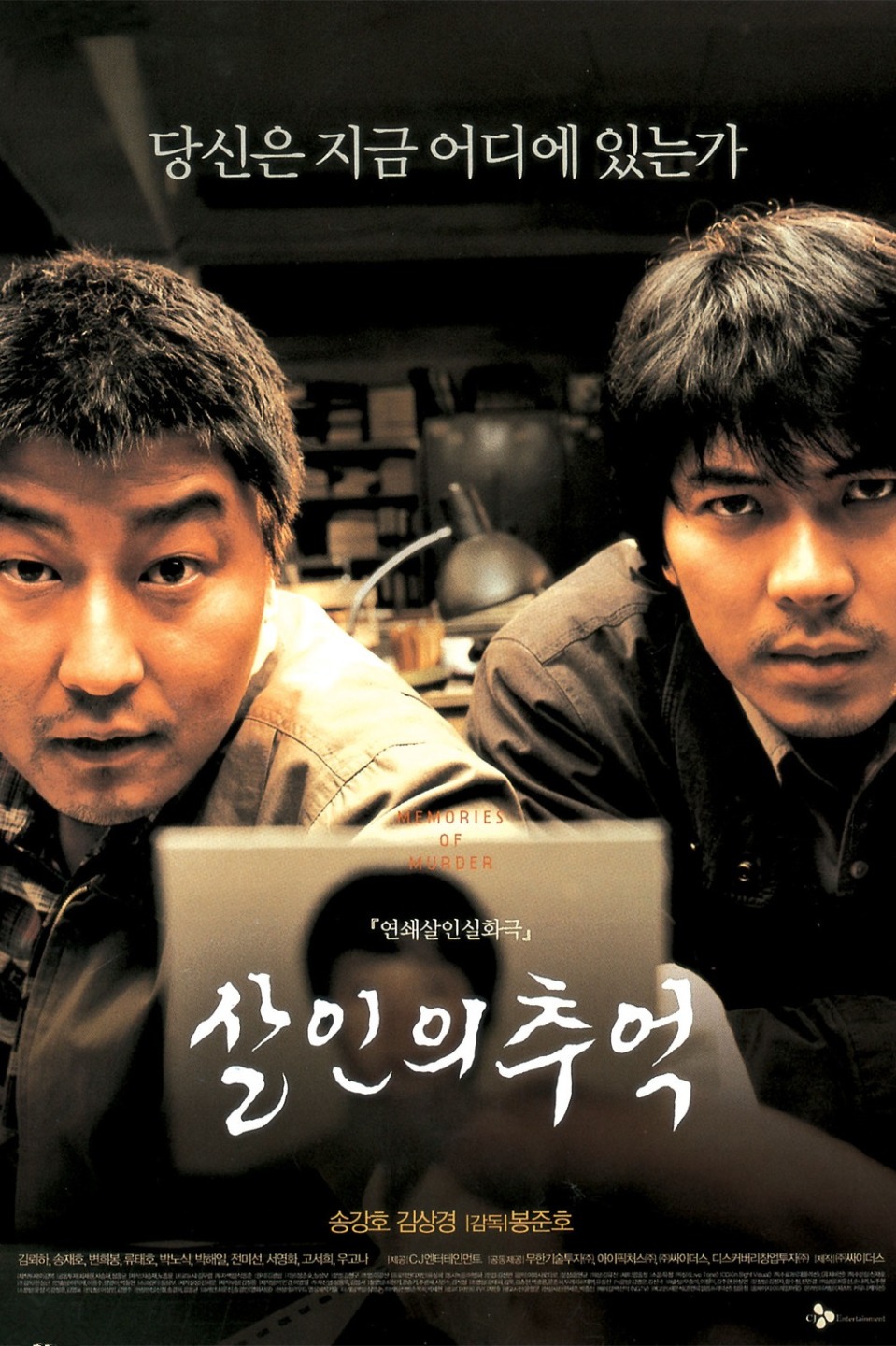 In a small Korean province in 1986, two detectives struggle with the case of multiple young women being found raped and murdered by an unknown culprit.

While watching Bong Joon ho’s filmography, there was one movie I was particularly looking forward to seeing, that being Memories of Murder. It had often been compared to Zodiac (even though Memories of Murder came out 4 years earlier), and seeing as I loved that movie, I had a feeling that it would be right up my alley, given that I generally like crime thrillers That turned out to be that case. All of the acclaim was very well deserved, Memories of Murder is a truly excellent film that everyone really should see.

We’ve seen many detective stories about hunting serial killers, but not many are as well put together as Memories of Murder. At around 2 hours and 10 minutes long, it keeps you engaged from beginning to end. You really feel as locked in as much as the main characters as they desperately try to find the killer, discovering leads, reaching dead ends, and the like. The movie more character driven than you might think, as it shows the stress, disappointment, and overall impact that this seemingly endless hunt has on the detectives. This movie also has some surprisingly effective dark comedy throughout, making it somewhat entertaining to watch and not just a grimy gruel to sit through. At the same time, the murders are fittingly disturbing (while not being overly exploitive), and you constantly feel this growing sense of seemingly hopelessness, especially as it builds towards the latter portion of the movie. The climax of the movie takes quite the turn, culminating in quite the haunting ending, especially the final shot of the film. I won’t say too much for those who know nothing about the movie or the events it’s based on, but like Zodiac, Memories of Murder based on a true story, giving much of the movie even more weight.

The cast are all great in their roles, with the trio of Song Kang-ho, Kim Sang-kyung and Kim Roi-ha as the detectives particularly working very effective. Their characters are all shown to be quite different from each other (both in personalities and the way they perform their investigations), flawed and really believable. As usual, it’s Song Kang-ho who stands out the most, who delivers another great performance. Both him and Kim Sang-kyung particularly shine in some of the latter scenes of the film.

Bong Joon-ho’s direction was fantastic, this is his second movie and he’s done some absolutely fantastic work here, certainly a huge step up from his debut movie Barking Dogs Never Bite released 3 years earlier. The cinematography was also great, really placing you in the setting effectively. Some of the most stand out shots come in the last 10 minutes, and on the whole that last section is so wonderfully directed and put together. The score by Taro Iwashiro is also really effective, beautiful but melancholic and sad.

Memories of Murder is an absolute masterclass in filmmaking, an engaging and haunting crime thriller, incredibly written and directed by Bong Joon ho, and greatly performed by its cast. While I consider Parasite (another Bong film) to be slightly better, they are very close in terms of quality, and both deserve all the attention. Definitely see it as soon as possible, especially if you’re a fan of investigative crime thriller films like Zodiac.