Using his love for comics as inspiration, teenager Dave Lizewski (Aaron Taylor-Johnson) decides to reinvent himself as a superhero — despite a complete lack of special powers. Dave dons a costume, dubs himself “Kick-Ass,” and gets to work fighting crime. He joins forces with the father/daughter vigilante team of Big Daddy (Nicolas Cage) and Hit Girl (Chloe Grace-Moretz), then befriends another fledgling crime-fighter called Red Mist (Christopher Mintz-Plasse), but a scheming mobster (mark Strong) soon puts their alliance to the test.

I remembered watching Kick-Ass years ago, from what I remember it really was a fun watch. Since it’s been a while, I decided to rewatch it and see how I thought about it now. It was even more entertaining than I remembered, everything from the cast, writing and the direction just worked really well. For what it was, it was great.

Kick-Ass is based off the comic of the same name by Mark Millar (not the first time that Matthew Vaughn would make movies based on Millar’s material). The script by Jane Goldman and Matthew Vaughn sort of takes the piss out of superhero movies, but not to the point of obnoxious parody like how it seemed on paper. As someone who likes a lot of comic book movies, it was really funny and entertaining to watch. It is for sure dark and twisted, I mean this is the movie where a little girl stabs and slices people up in very violent ways. It is very darkly comedic, and as someone who likes a lot of dark comedy, it was really a movie that worked for me. You really can’t take this movie too seriously, with that said it does have some really serious and dark moments so that it’s not a full on cartoonish parody of a movie. The pacing was really good, at under 2 hours long it doesn’t give you a chance to be bored. I guess the movie isn’t quite perfect. The whole romantic subplot between Aaron Taylor-Johnson’s Dave and Lyndsy Fonseca’s Katie, with Katie believing Dave to be gay and all that, it was kind of dumb. For the most part though, I had endless fun with the movie. 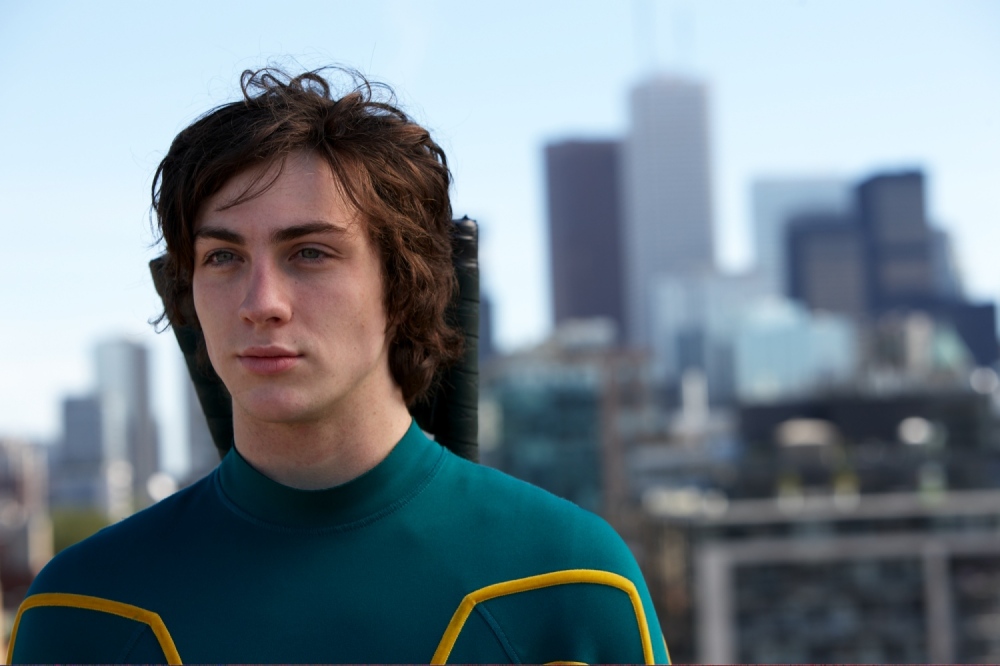 The cast all do a good job in their roles. Aaron Taylor-Johnson is perfect as Dave Lizewski/Kick-Ass. He was really good and convincing as a nerd trying to be a superhero but really out of his depth. The scene stealers of the movie were Nicolas Cage as Big Daddy and Chloe Grace-Moretz as Hit Girl. Nicolas Cage back in 2010 gave one of his best performances in a while with this movie. And of course, Chloe Grace-Moretz is great in her breakout role as Hit Girl, a profane and violent vigilante which generated controversy given that the role was performed by a 12 year old. She was really great and was the standout of the cast of characters in this movie (even though she wasn’t the main focus). It may be a bit too late now, but she could carry her own standalone movie. Mark Strong plays the main villain of Kick Ass as a mobster. Strong has played a lot of villains (even up to 2010) but here it seemed to be a much more comedic take on a villain, he really has fun here. Christopher Mintz-Plasse also works pretty well as the son of Mark Strong.

Matthew Vaughn’s direction is all around really great and works with this material. Vaughn seems very familiar with the Kick-Ass comics (and comic book movies in general), it’s very stylish and the editing was perfect. The action scenes are genuinely filmed really well, it’s very violent, bloody and gratifying. This movie really isn’t for the squeamish or easily offended. The soundtrack was all really good, from the music choices, to the score from Henry Jackman and John Murphy, making the action scenes even better. The uses of CGI can be a little iffy at times but it can be overlooked easily. 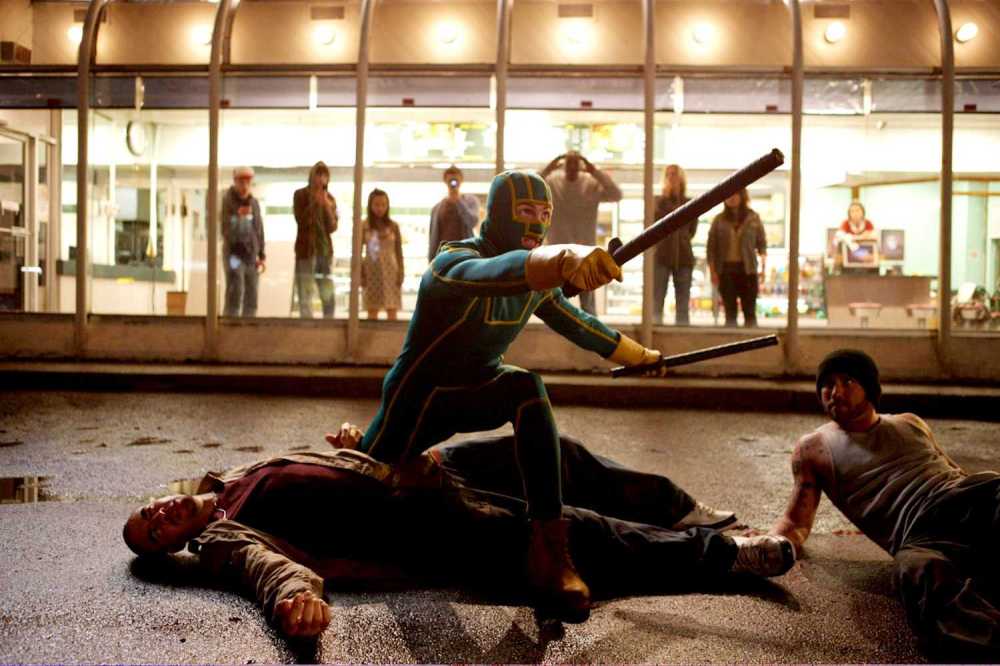 Matthew Vaughn’s Kick-Ass is darkly comedic, entertaining, the cast was really good, directed well, and as an almost parody of superhero movies, it’s really good. If you’re a big fan of comic book and superhero movies, this is definitely a movie that you need to check out, because it’s probably right up your alley. As for Kick-Ass 2, I remember liking it much more than most people, however it doesn’t even come close to what Vaughn did with the original movie.