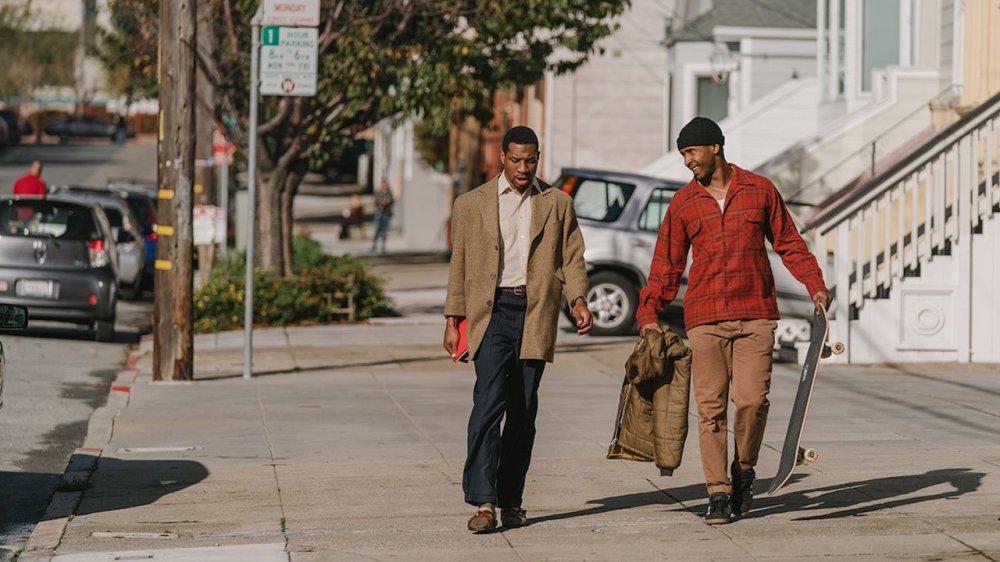 Jimmie (Jimmie Fails) and his best friend Mont (Jonathan Majors) try to reclaim the house built by Jimmie’s grandfather, launching them on a poignant odyssey that connects them to their past, even as it tests their friendship and sense of belonging in the place they call home.

I didn’t really know anything about The Last Black Man of San Francisco outside of it being distributed by A24, but the people who have seen it have mostly raved about it, and it’s even reached many peoples’ best films of the year lists. I’ve been meaning to get around to it for some time, and I finally did. I was going in blind and I found myself to be quite surprised by what I saw, it’s a really great movie that more people should be watching for sure.

First thing to note is that this is a semi biographical movie (partly based off Jimmie Fails’s own life), and it certainly feels that way, it’s very much a personal story. It’s incredibly well written by Rob Richert and director Joe Talbot, particularly with the dialogue. Throughout this movie it just felt so fresh and different, and it kept me interested throughout. There’s just one thing that sort of holds it back a little. It doesn’t seem like the story has a whole lot of focus, that’s not necessarily a bad thing, plenty of movies aren’t necessarily driven by something. However I wasn’t really sure where the movie was moving towards really, so it felt like it meanders a little bit and you’re just following along, seeing what this movie is really about. With that said, it still kept you invested throughout, and I get the feeling that the movie might now be better on a rewatch. Though I’m not sure many people will be revisiting it, as great as it is. It’s rather melancholic and emotional, but in a genuine way, none of the major emotional scenes feel forced or anything. It’s pretty hard selling what this movie is really about, so it’s one that you’ll have to see for yourself.

The acting is quite great, with the main leads being of Jimmie Fails and Jonathan Majors, and both are fantastic. Both performances feel real and have good chemistry, and you really believe that the two of them are best friends. Supporting actors like Danny Glover, Tichina Arnold, Rob Morgan, Mike Epps, and Finn Wittrock also work in their respective roles.

This is the directorial debut from Joe Talbot, and this is an incredible feature film to start his career with, he’s clearly a very talented filmmaker based off this movie alone. It’s an amazing looking movie (shot by Adam Newport-Berra), featuring some of the best cinematography of the year, and given some of the movies released this year, that’s saying a lot. The score by Emile Mosseri was also fantastic, one of the most memorable movie scores all year. All the music in general really stood out and perfectly fitted the movie., days later the music was still in my head. Pretty much everything on a technical level is handled spectacularly. While it’s not the only reason to watch the movie, it’s worth watching The Last Black Man in San Francisco for the direction alone.

The Last Black Man in San Francisco is one of the biggest surprises from 2019, and it’s really great on the whole. The writing is solid, the acting is fantastic (especially Fails and Majors), and it’s directed spectacularly. It’s fresh, sincere and personal, and was a real stand out from 2019 movies. I’m looking forward to seeing Talbot direct more movies, because he’s shown himself to be a real talent here. Definitely check it out when you can, it deserves a lot more attention than it has been receiving.