When troubled musical prodigy Charlotte (Allison Williams) seeks out Elizabeth (Logan Browning), the new star pupil of her former school, the encounter sends both musicians down a sinister path with shocking consequences.

I heard about The Perfection for a few months now and have been meaning to check it out, mostly out of curiosity more than anything. All I really knew was that Allison Williams was in it, it’s a horror movie, it involved cellists, and the response to the movie has generally been mixed. I really had no idea how I’d feel about it, and it ended up being decent. However, it really isn’t much more than just that.

I won’t go into too much depth into the plot to avoid spoilers, the movie really benefits from not knowing too much going in. Because of that, if you really want to see it, I do suggest not watching any trailers or anything like that, in fact I wish I knew less about the movie going in. The Perfection starts off pretty well actually, oddly enough the first half is where the movie felt strongest, especially with the tension, it really takes its time. The second half was fine I guess but it delved into silliness at points that felt a little too much, even if it’s meant to be a little ridiculous. Also, oddly enough that second half felt rather rushed, especially the last 10 minutes. There are some genuinely good twists, especially one in the first half of the movie that I didn’t predict. With that said, the way the movie treats the twists, especially towards the climax however makes it feel like it’s over reliant on them (not to mention the way they directed certain reveals was really goofy). One of the latter twists in particular at that point was really easy to see coming, and so when it’s building up to it, you just want it to happen so that it was out there already. There are some questionable aspects about the plot, especially revelations in the second half (obviously won’t hint at what they are to avoid spoilers). While I did hear about them going in and heard some heavy criticisms about them, it wasn’t done as badly as I thought it would be. Still, I kind of understand people who have serious problems with that. Also the last shots of the movie were rather fitting. The Perfection is 90 minutes long and that was probably the right amount of time for it. It feels like there had to be much more to the script, certain aspects needed to be developed more and handled a little better. As a firmly B movie horror flick though, I guess that was the most appropriate length for it. For as lacklustre as it is, they do keep the plot very tightly focussed, there are no subplots or anything, and it doesn’t really drag.

There really isn’t a large cast, but the few main actors do well in their roles. I really just know Allison Williams from Get Out, but she’s also really good here in yet another horror role. This is also the first time I’ve seen Logan Browning in anything and she’s very impressive with her performance here. Their performances and chemistry between the two were among the best parts of the movie. There’s really nothing to say about the rest of the cast. 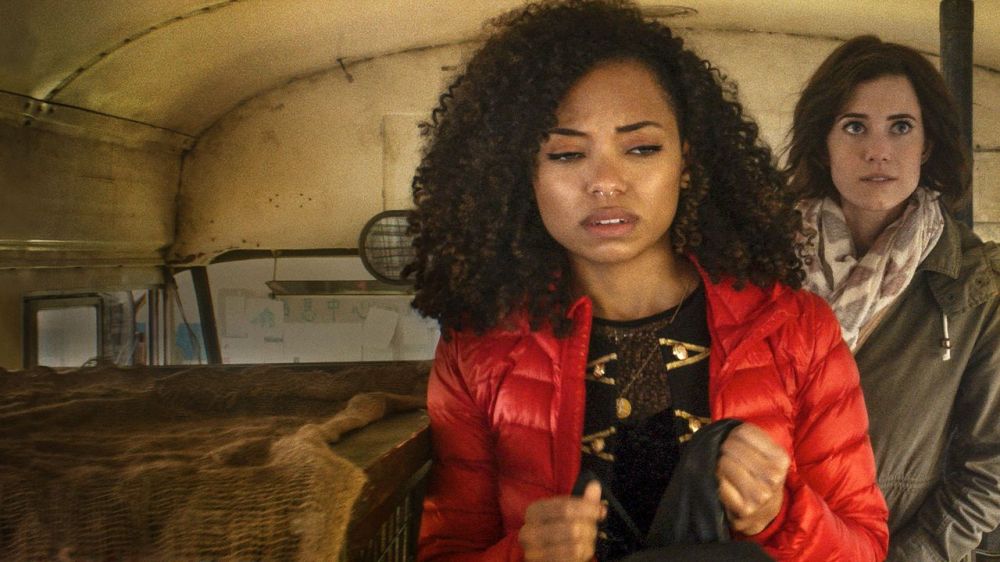 This is the first movie I’ve seen from director Richard Shepard, and I think most of it good. Certain scenes were shot in ways that they are genuinely uncomfortable and unnerving. One annoyance (even if it’s only used a few times) was the use of rewinding the movie to reveal certain things that happened in the past, and I do mean rewinding, not just cutting back to show a scene again. Maybe this way of showing flashbacks works well in certain movies, but it definitely doesn’t work here, by the time the second rewind happens, it becomes obnoxious. Much of the buzz around this movie has been about the gore and all that. It’s really not as present as you’d think it would be, but yes, when it’s there its very graphic. People who are easily grossed out probably won’t be able to handle certain scenes. I won’t go into plot details but there is a certain graphic scene, and really the horrifying aspects were really undercut by some really fake looking CGI. Not really a big deal but it really took me out of it.

Despite its title (and believe me, I know that I’m not the first person to make this incredibly original zinger of a comment), The Perfection is far from perfect, in fact it’s got a lot of problems. The script was really missing stuff, became a little too silly for its own good, and certain aspects of the plot and direction just didn’t work. With that said, Allison Williams, Logan Browning are quite good, and I liked some of the direction and twists. And I even appreciate how absolutely crazy and absurd it went at times, it absolutely went all out on whatever it was trying to be. I thought it was fine enough, but you won’t be missing much if you decide not to see it. As far as Netflix movies go, it fits right in the mid tier level, okay enough but nothing memorable. It’s a 90 minute horror flick that’s okay enough if you’ve got nothing else to watch.