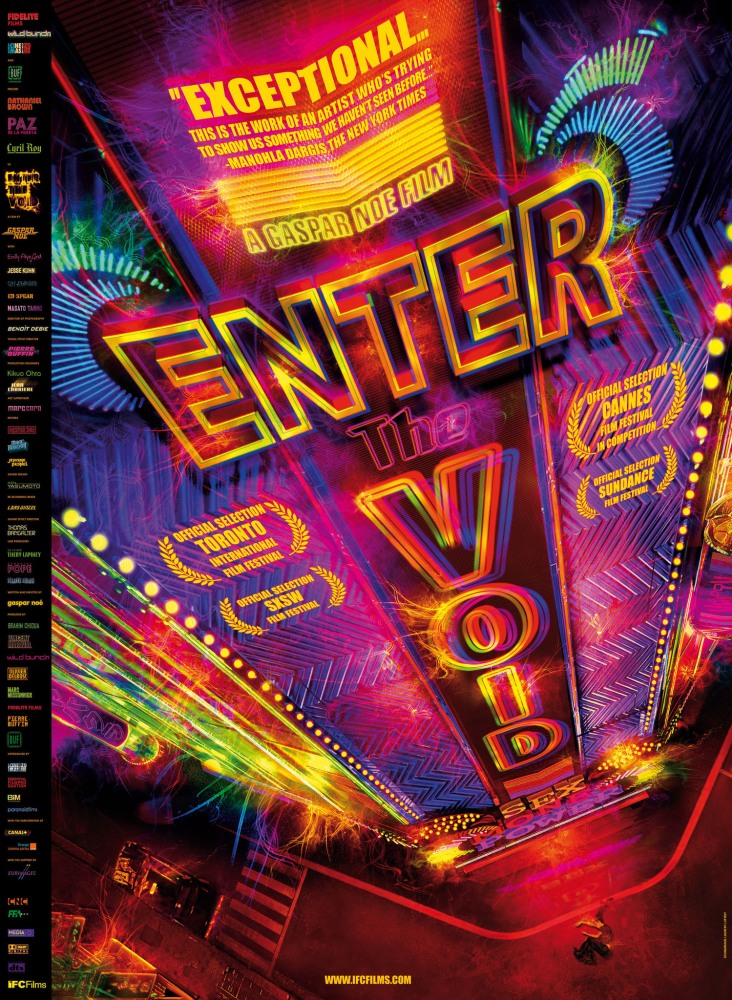 This psychedelic tour of life after death is seen entirely from the point of view of Oscar (Nathaniel Brown), a young American drug dealer and addict living in Tokyo with his prostitute sister, Linda (Paz de la Huerta). When Oscar is killed by police during a bust gone bad, his spirit journeys from the past — where he sees his parents before their deaths — to the present — where he witnesses his own autopsy — and then to the future, where he looks out for his sister from beyond the grave.

As I said in my Irreversible review, I decided to watch a couple of Gaspar Noé’s films before seeing his latest film Climax, just to get an idea about Noé as a filmmaker beforehand. Irreversible had an considerable impact on me, effectively disturbing me at points like no other movie has. The other movie I decided to check out was Enter the Void, one of Noé’s most famous movies. All I knew about was that it involved drugs and the afterlife. Enter the Void is not for everyone and there are some things I really didn’t get yet after my first viewing. However, it is incredibly ambitious and original and so well put together that I can’t help but love it. 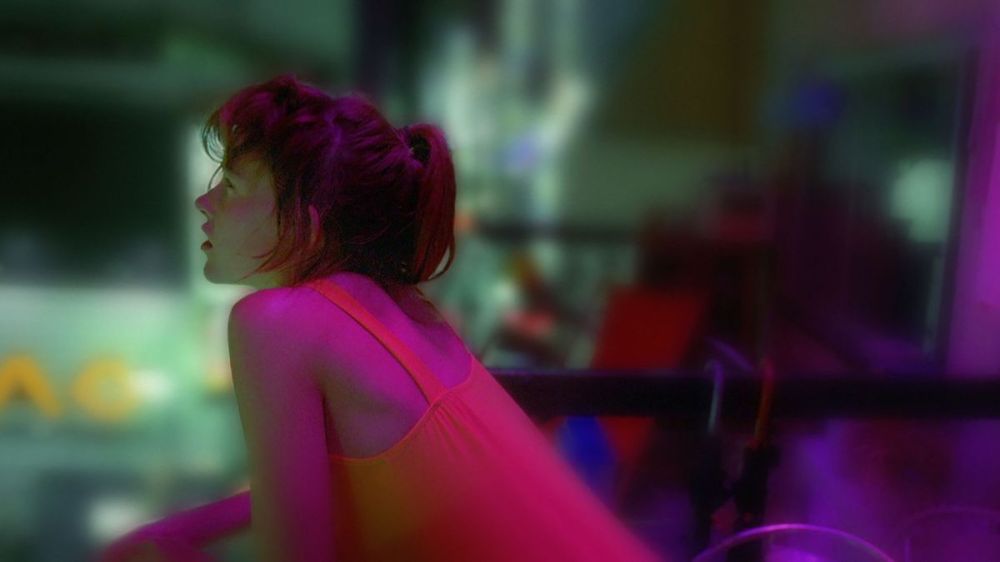 Enter the Void really is one of those rare movies which really are an experience, you can’t just casually watch it, you really need to be fully immersed in what is going on. Throughout the movie we see what happens in the present day, flashbacks to what happened before, and everything that happens after the incident. Noé manages to make this movie feel so incredibly haunting. You just feel so uncomfortable through large portions of the movie. In the moments where main character Oscar is watching what’s happening in the aftermath of his death, you feel just as powerless as he is. In these segments we don’t even get to hear his thoughts, all he (as well as us) are forced to watch what happens without being able to do anything or react in any way. Enter the Void is a really long movie at 2 hours and 40 minutes and you can really feel it. At one point I was wondering how the whole film will be ended in the next 20 minutes, only to discover that there was a whole hour left of the movie. There’s a lot of the movie that I don’t really get, particularly the last moments of the movie. However it’s likely the case that repeat viewings will help me understand some of the things that I don’t get yet.

The acting is probably the weakest part of the whole movie, not that it’s bad, it’s just that it’s decent at best and is not really the highlight of the movie. There’s not much to say about the lead played by Nathaniel Brown, most of the time that we see him on screen is from behind his head. Aside from that we are mostly looking at things from his point of view, whether that be in the real world or as a ghost. From what little we get of him acting, he does fine. The rest of the cast is alright as well.

Gaspar Noe’s direction was something unique, like with Irreversible there are long tracking shots that aren’t nearly dizzing as that film, but are very immersive and are so impressively put together. There are 3 directing styles used throughout the whole movie. The first takes place through Nathaniel Brown’s eyes, which even has black flickering on the screen to represent blinking. The second are the flashback scenes which take place from behind his head. The third is as a ghost, moving above and around other characters in the aftermath sequences. All of these work extremely well and make you really feel like you’re this person going through all these events. It is very trippy, even allowing for moments to just get weird with some really bizarre hallucinations. It’s also a visually stunning movie, even the city of Tokyo has such a great look to it and manages to shine despite it not being the focus at all. It’s not nearly as disturbing as Irreversible but it’s got some pretty graphic content at times that really are impactful.

Enter the Void like Irreversible is not a movie for everyone but for mostly different reasons. On top of it being disturbing at times and haunting throughout, it’s filmmaking style may not work for some people. It’s also very long and can feel like quite a task to watch at times. I have heard that it is somewhat reminiscent of 2001: A Space Odyssey and although I haven’t seen it yet, I can see some of the similarities. However if you are really into film and you really want to watch a movie like nothing you’ve ever seen before, Enter the Void might actually be for you.